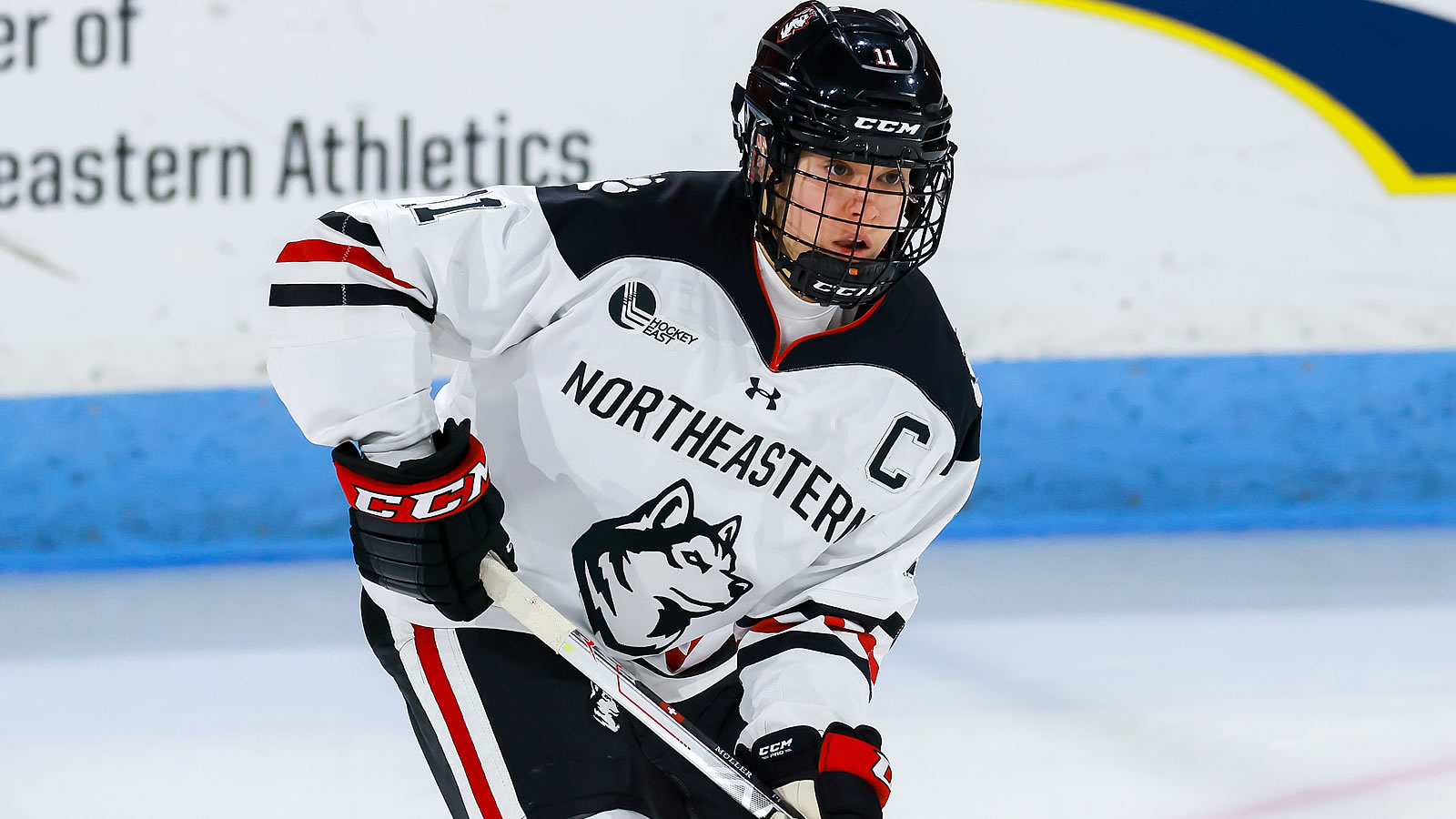 #7 Northeastern swept #13 Vermont in a two-game set on home ice, 3-1 and 5-1, to open up an 11-point lead in the Army ROTC Hockey East Standings. Alina Mueller registered five assists while Maureen Murphy picked up two goals and a helper to record her 100th career point with Northeastern.

New Hampshire earned a weekend split with UConn, taking a 4-0 win on Friday behind 28 saves from Nicky Harnett. The next night, UConnâs Megan Warrener made 27 stops and Claire Peterson scored to deliver a 1-0 Huskies win.

Maine swept Boston University, 3-0 and 3-2. Brooklyn Oakes collected her third collegiate shutout with 19 saves in net for the Black Bears on Friday and Luisa Welcke scored twice in Saturdayâs victory.

Providence thwarted Merrimack, 4-2 and 4-1, to push their winning streak to six games. Freshman MÃ©gane Quirion handed out three helpers in Fridayâs success and Sara Hjalmarsson scored twice and added an assist in the two-game set.

Alina Mueller (Gr., F; Winterthur, Switzerland) led the NCAA as she posted five assists to lead the Huskies to a weekend sweep over #13 Vermont. All five of Muellerâs points came on assists, and her 17 assists on the season are tied to lead all Hockey East players. She currently has 31 points on the season, tops among Hockey East players and the fourth-best mark in the NCAA. She factored in on five of the Huskies eight goals last weekend, including four primary assists and one game-winning helper. 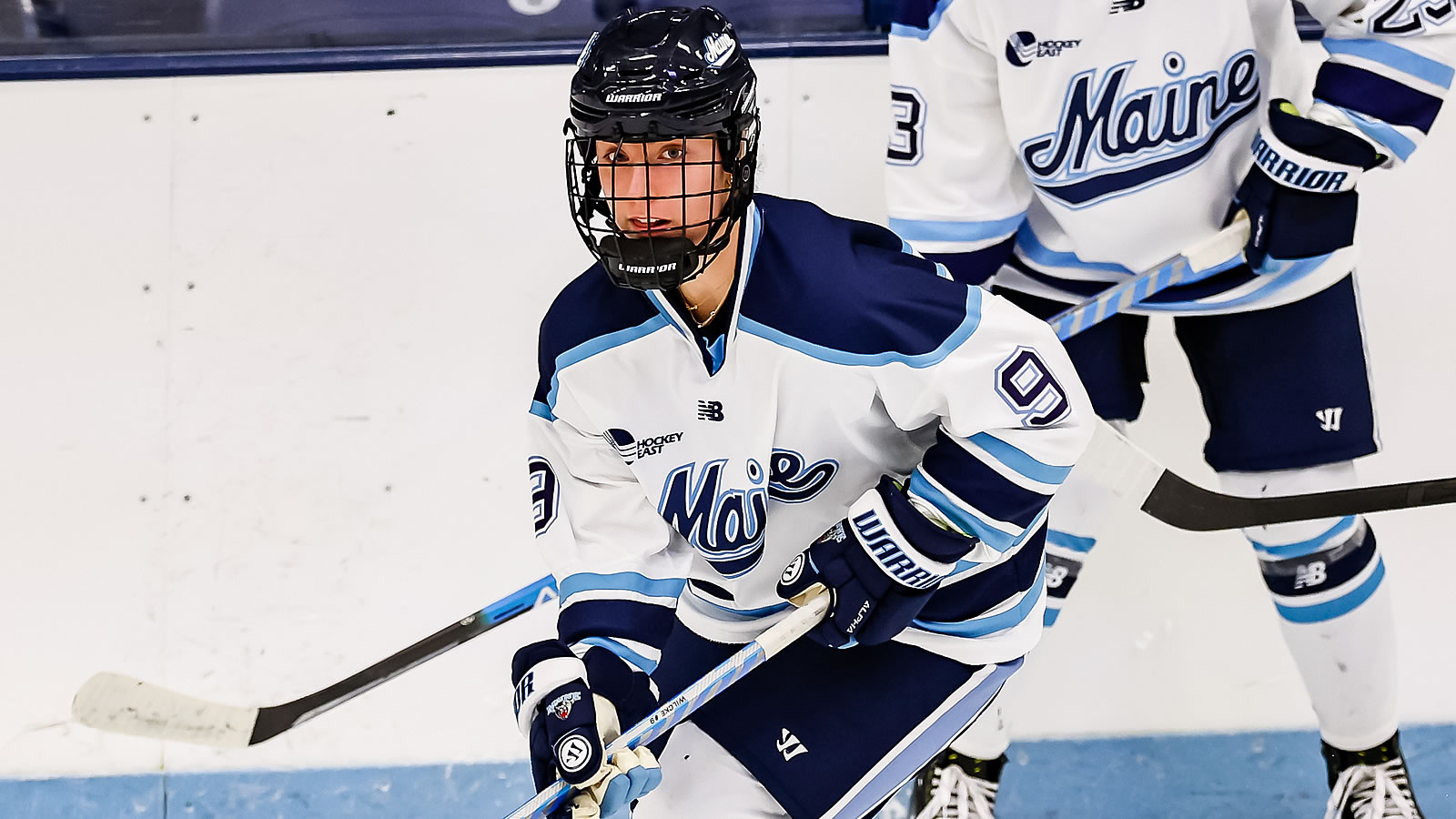 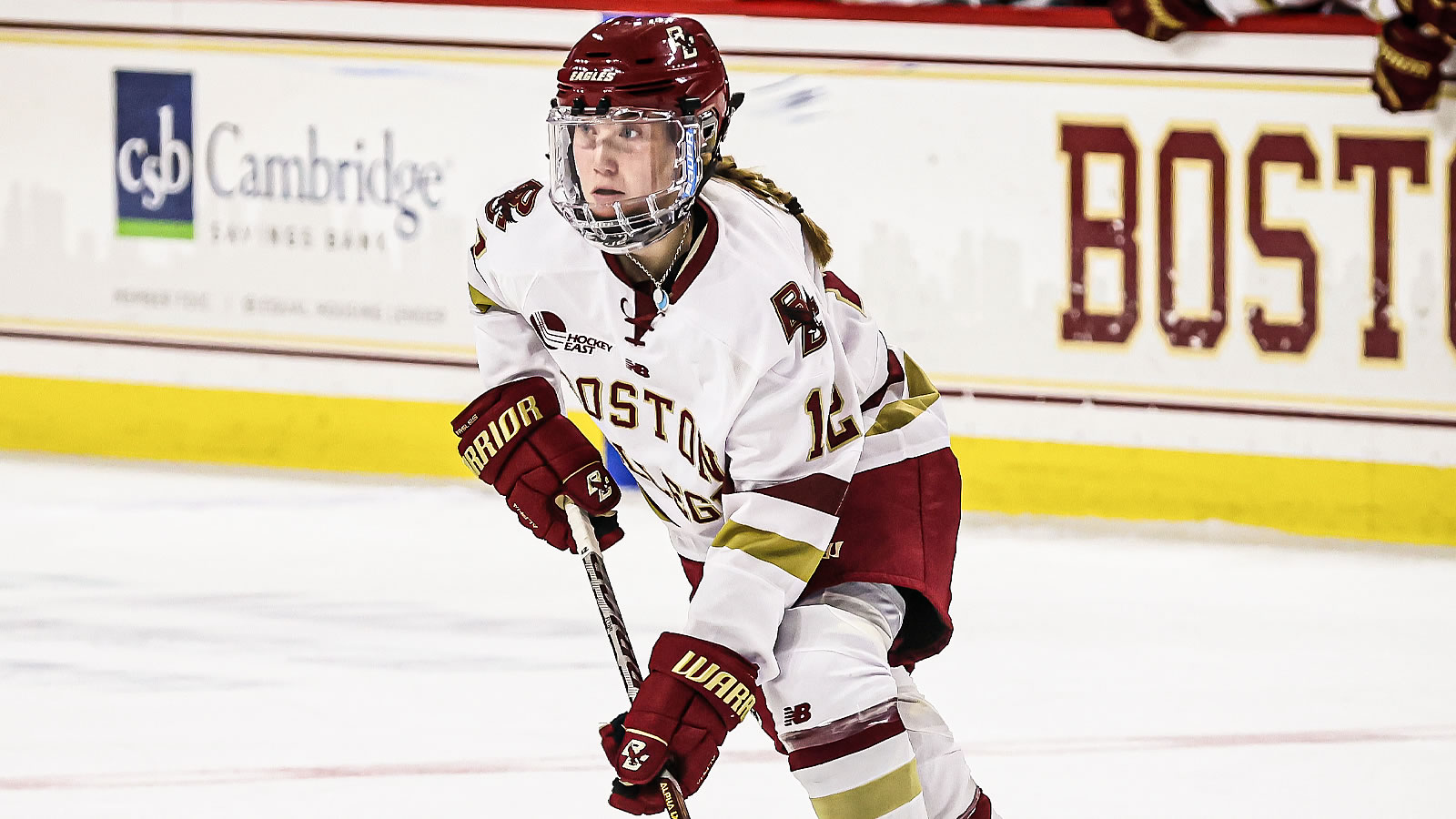 Cailin Flynn (So., D; Woburn, Mass.) scored her second goal of the season in Fridayâs road win at Holy Cross. She finished the weekend with four shots on net and three blocked shots. 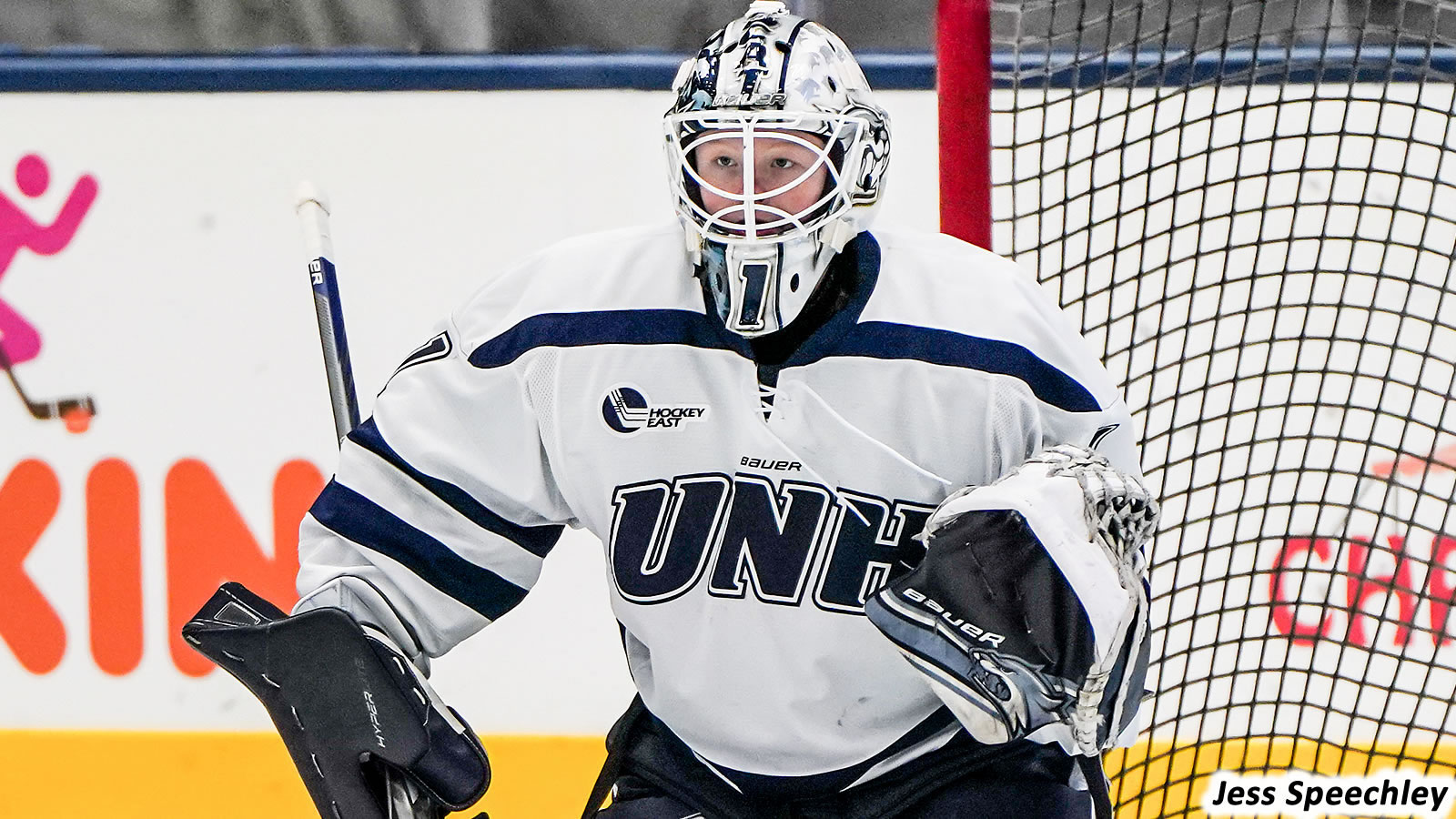 Nicky Harnett (Sr., G; Plymouth, Minn.) stopped 49 of 50 shots to record a 0.50 GAA and .980 save percentage in the two-game series against 14th-ranked UConn. Both metrics were tops in the nation among goaltenders who played more than 60 minutes. She made 28 saves to record her second shutout of the season in UNHâs 4-0 win last Friday. Harnett followed that with a 21-save effort in Saturdayâs 1-0 loss.

Katie Pyne, BC (So., F; Cohasset, Mass.) Scored twice in BCâs win over Holy Cross on Saturday, including the game-winning goal. She finished the weekend with eight shots on goal.

Deirdre Mullowney, BC (Sr., D; Newton, Mass.) Scored in Saturdayâs win over Holy Cross and helped the Eagles to a two-win weekend. Recorded four shots on goal and two blocked shots to go with a plus-one rat- ing on the weekend.

Kelly Browne, BC (Sr., F; Burlington, Mass.) Had two assists and tied for the league lead in face-off wins with 35 last weekend. She had a 21-win game on Friday night.

Claire Peterson, UConn (Sr., D; San Jose, Calif.) Scored the lone UConn goal, her fifth of the season, in a 1-0 win at New Hampshire on Saturday.

Megan Warrener, UConn (So., G; Stony Creek, Ont.) Kicked out 27 saves to post her first shutout of the season in her fifth appearance for the Huskies.

Mira Seregely, Maine (So., F; Budapest, Hungary) Earned four points in a weekend sweep of BU on one goal and three assists. On Friday, she dished out two primary assists on Maineâs first two goals. On Maineâs 3-2 win on Saturday, she scored Maineâs first goal of the game and earned an assist on the next goal.

Brooklyn Oakes, Maine (Fr., G; Richmond Hill, Ont.) Earned her third shutout of the season with the 3-0 win over BU. She registered 19 saves in net.

Alexa Pongo, HC (So., F; Midhurst, Ont.) Scored both Merrimack goals in a 4-2 setback to Providence on Friday.