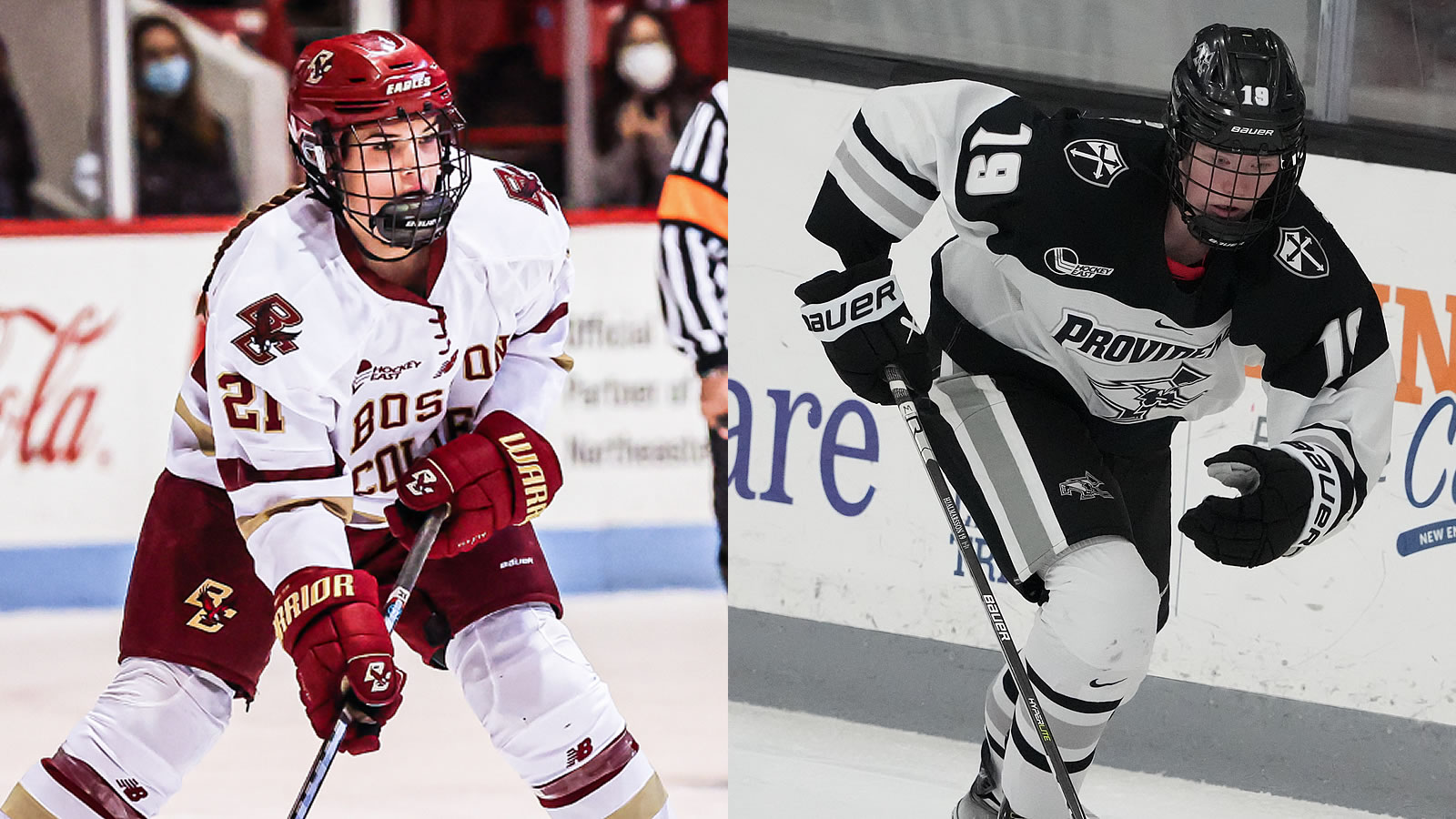 Vermont swept Merrimack, earning all six points in league play, to keep pace with Northeastern. The Catamounts sit 10 points behind the Huskies in the Army ROTC Hockey East Standings with three games in hand at just about the half way point of the league schedule.

Providence, fresh off a sweep of Maine, sits 11 points back in third with two games in hand. Sara Hjalmarsson had a four-goal game on Saturday in a 5-1 win, including a natural hat trick. She became the first Friar to post four goals in a game since 1996.

Boston College swept New Hampshire, 3-1 and 3-2 (OT), to stay within striking distance of fourth place in the Army ROTC Hockey East Standings. Abby Newhook scored both game-winning goals for the Eagles, including one in overtime.

Boston University toppled No. 12 UConn, 2-1 and 5-2, thanks in part to a goal and an assist from Nadia Mattivi. Rookie Brooke Disher scored the game-winning goal in a 2-1 win and added another in Saturdayâs 5-2 victory.

Northeastern righted the ship with a pair of wins over Holy Cross with wins in six of their seven games in November. Chloe Aurard posted four points on two goals and two assists, including her 12th career shorthanded goal, which counted as the game-winner.

Sara Hjalmarsson (Gr, F; Bankeryd, Sweden) had a four-goal game on Saturday against Maine in a 5-1 win, including a natural hat trick. She became the first Friars skater to post four goals in a game since 1996. 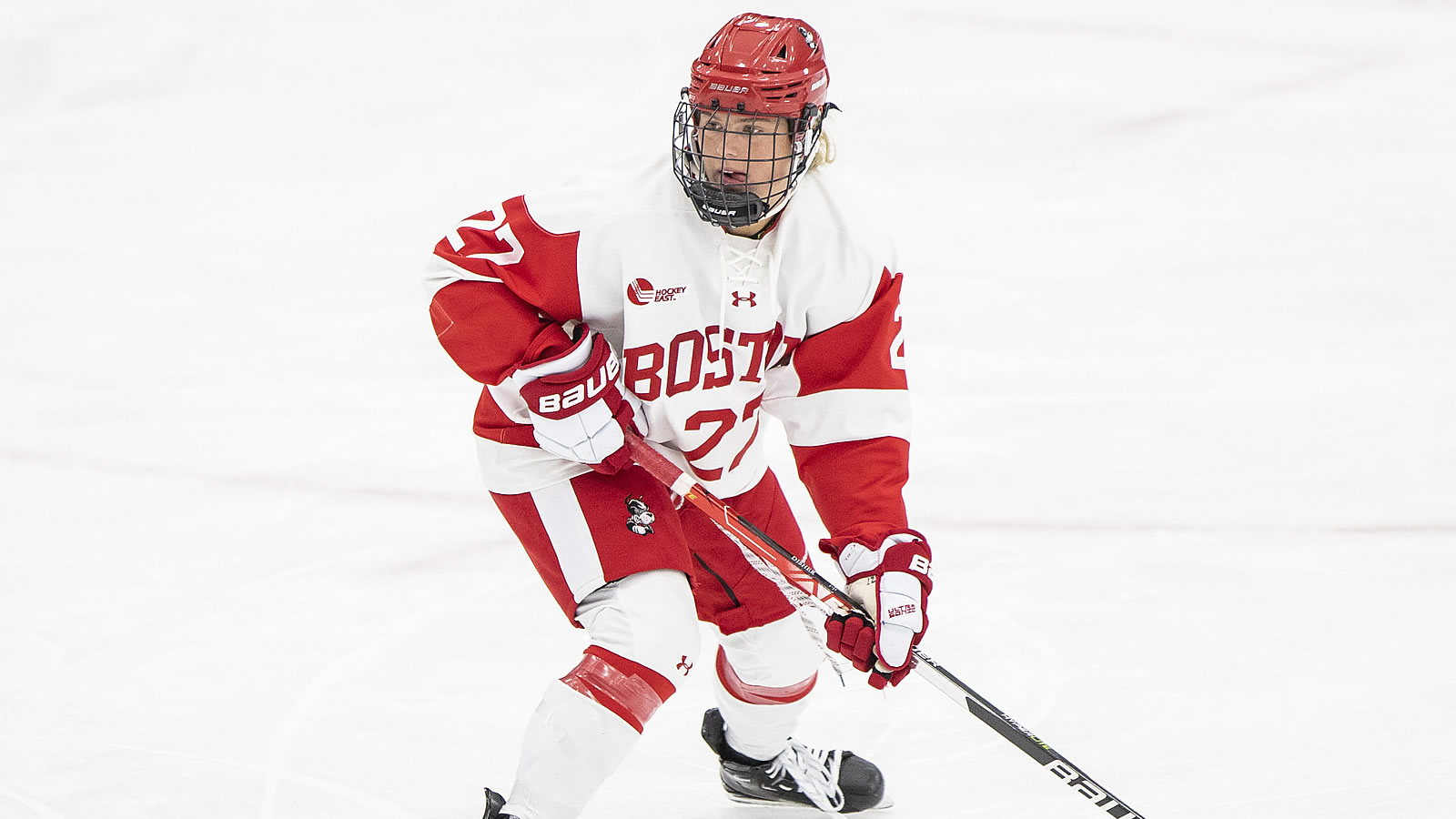 Brooke Disher (Fr., D; Fort St. John, B.C.) scored the game-winning goal in a 2-1 win at No. 12 UConn on Friday before adding an assist on a key insurance goal in a 5-2 home victory over the Huskies on Saturday. 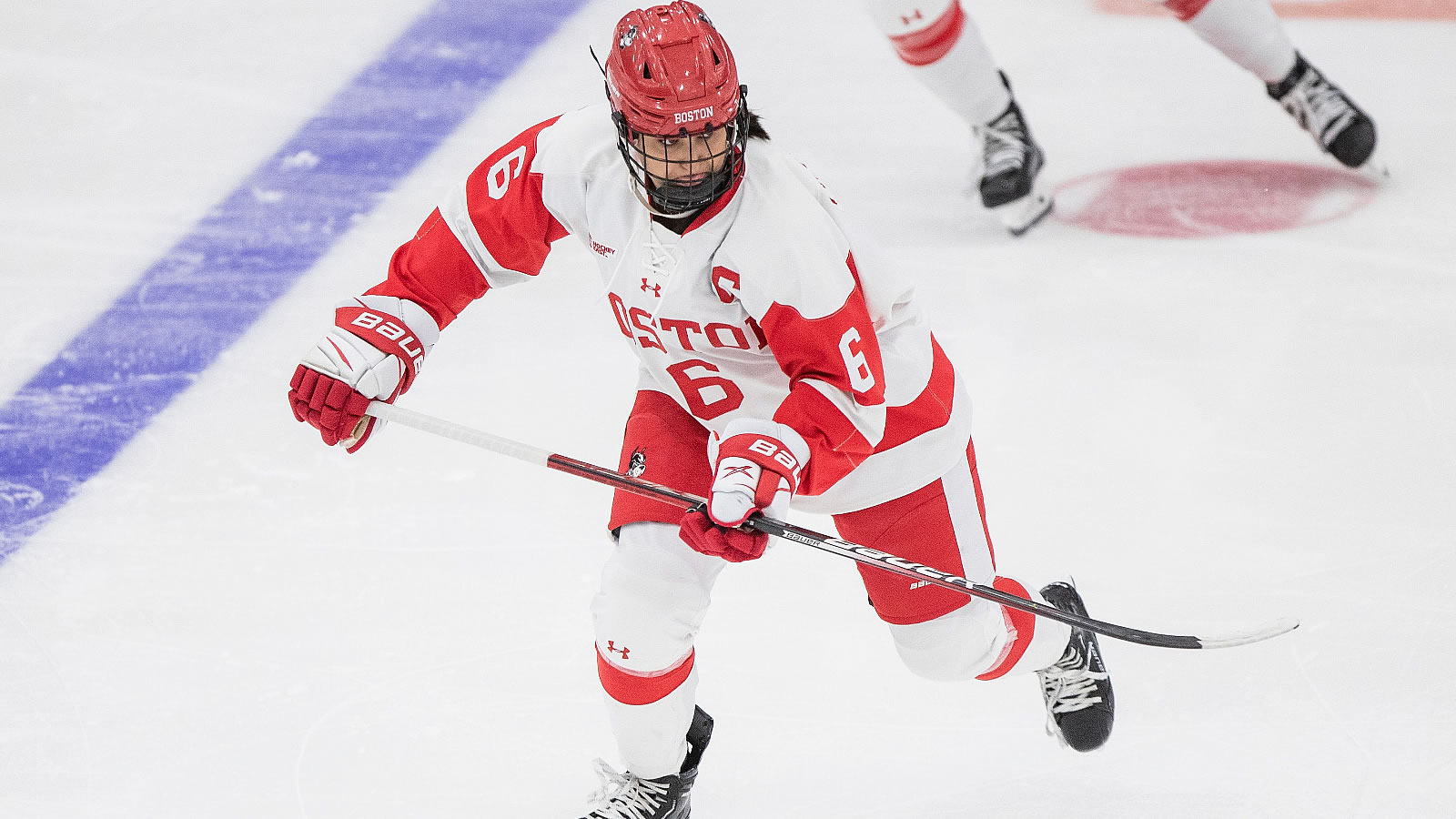 Nadia Mattivi (Sr., D; Baselga di Pina, Trento, Italy) scored a goal in Saturdayâs 5-2 win over No. 12 UConn after assisting on Fridayâs game-winner in a road victory against the Huskies. 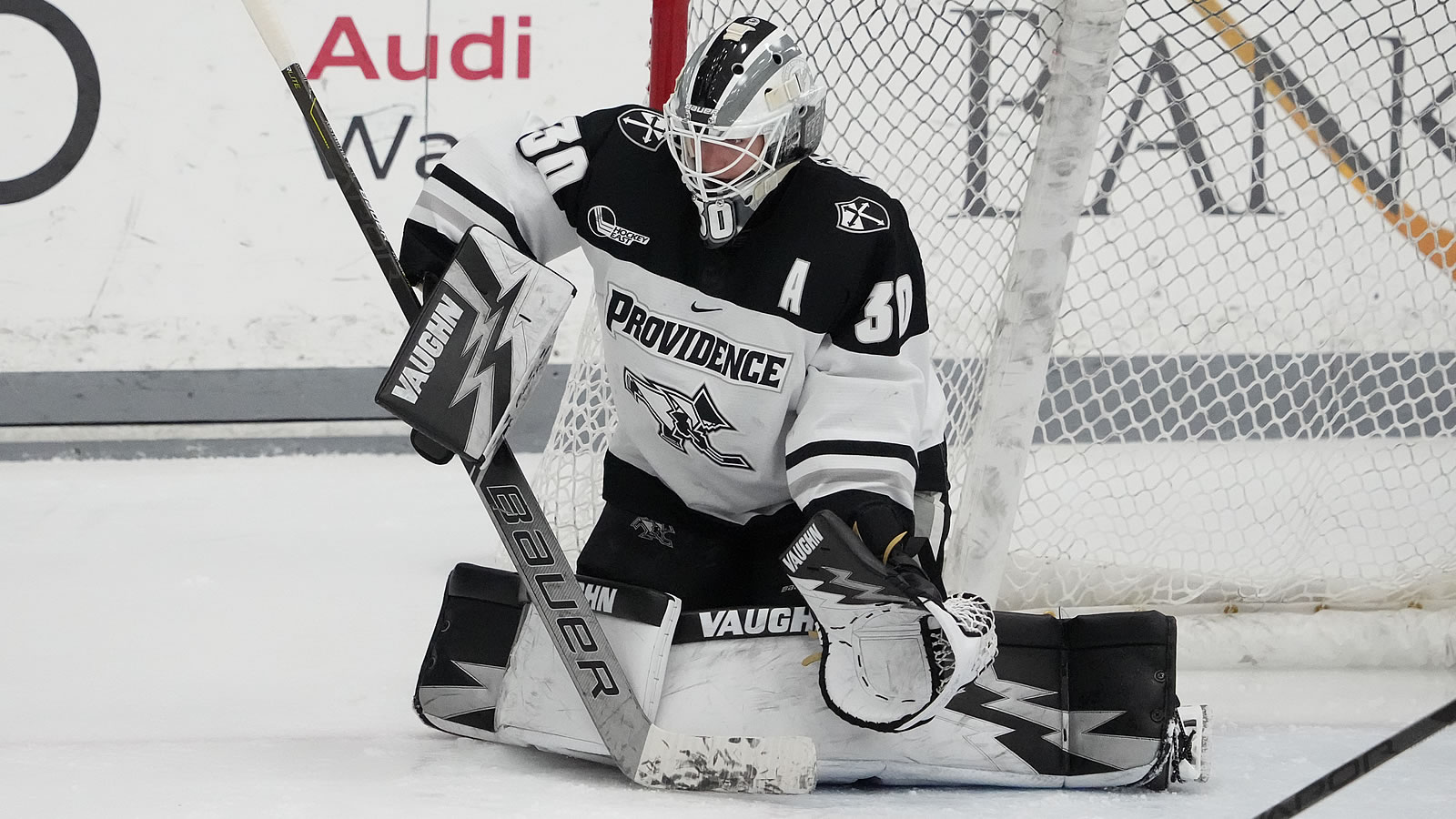 Sandra Abstreiter (Gr, G; Freising, Germany) kicked out 63 saves on 64 shots to backbone the Friars to a weekend sweep of Maine. In Fridayâs 3-0 victory, the graduate student made 42 saves to post her sixth shutout of the season and her second consecutive blank sheet.

Kate Ham, BC (Fr., F; Hingham, Mass.) Netted her fifth goal of her rookie campaign in a win over UNH on Saturday.

Haylee Blinkhorn, BU (Sr., F; Oakdale, Minn.) Secured a weekend sweep of No. 12 UConn by breaking a 2-2 tie with her first two goals of the season in an eventual 5-2 victory over the Huskies on Saturday.

Emily Pinto, UNH (Gr., F; Mulmur, Ont.) Recorded two goals and an assist for three points in UNHâs home-and-home series against BC. Her other stats included a plus-one rating and five shots on goal. She is cur- rently riding a four-game point streak, the longest such streak but a Wildcat this season.

Maude Poulin-Labelle, NU (Gr., D; Sherbrooke, Que.) Registered two assists, one in each game, as the Huskies swept Holy Cross, 2-1 and 5-2 over the weekend. Poulin-Labelle leads all Hockey East defenders with 13 points.

Reichen Kirchmair, PC (Fr., F; Oakville, Ont.) Dished out two helpers in a weekend sweep over Maine and currently sits tied for second on the team with 12 points.

Sydney Correa, UVM (So., G; Georgetown, Mass.) Posted a 14-save shutout in Fridayâs 3-0 win at Merrimack. She has not allowed a goal this season in two appearances.

Lily Humphrey, UVM (Sr., F; Huntington Beach, Calif.) Scored a goal and added an assist in Fridayâs 3-0 win at Merrimack. She now has five points on two goals and three assists in her last four outings.