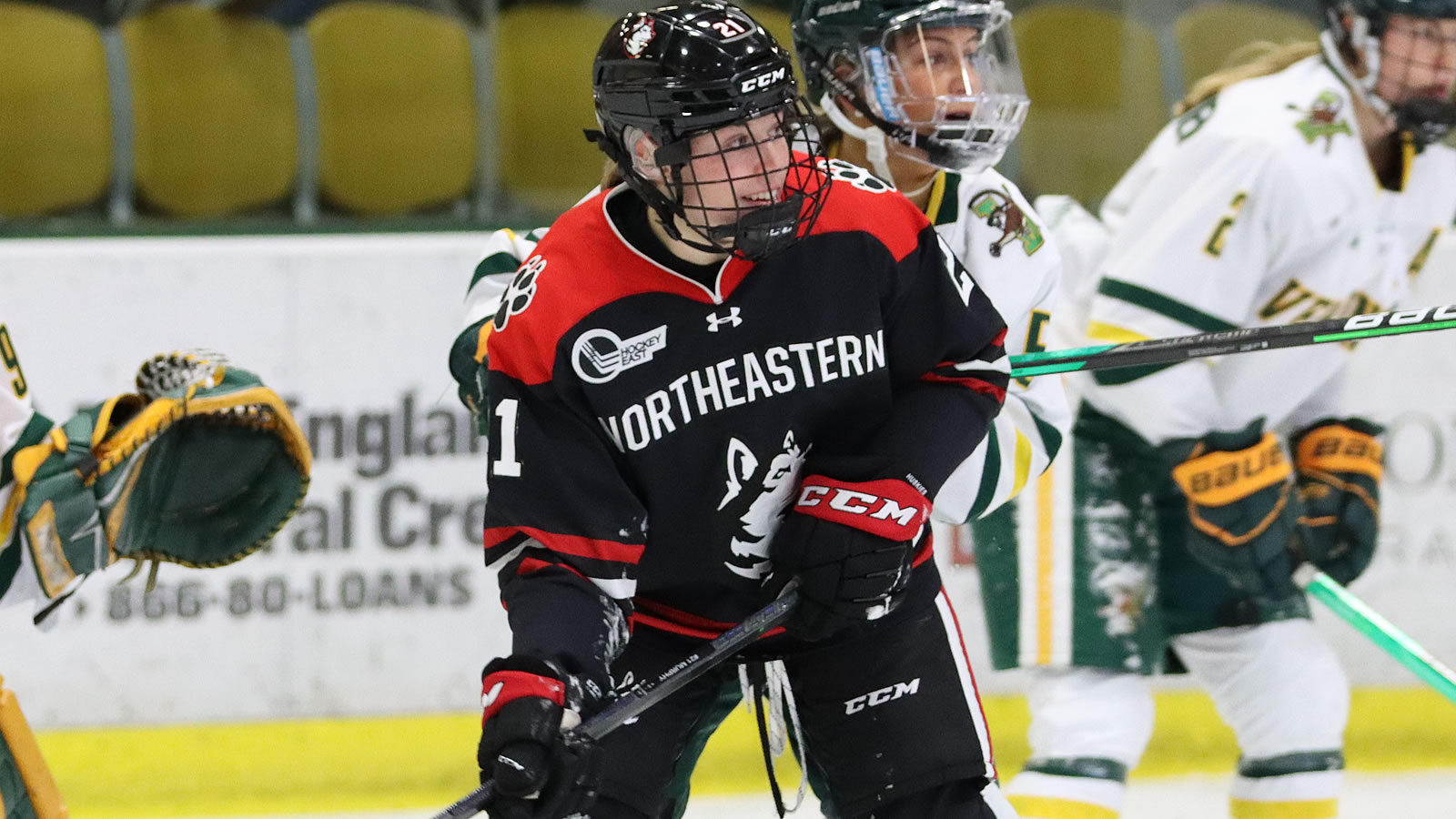 Holy Cross earned its first-ever win over Boston University on Thursday night, a 2-0 home victory. The Crusaders got a 29-save shutout from sophomore goaltender Madison Beck and goals from Darci Johal and Sommer Ross. The next night, the Terriers ripped off three unanswered goals, including two third-period goals from Mackenna Parker, to take a 3-1 victory.

Northeastern pushed its unbeaten run to nine games (8-0-1) with a road sweep of Vermont. Aerin Frankel started game one and posted her fourth shutout of the season, which leads Hockey East and is second in the nation, making 26 saves. It was her 32nd career shutout. Maureen Murphy added to her team-leading season point total and Hockey-East leading point total (19) with a three-point weekend (2g, 1a).

Maine took four of six points from UConn at Alfond Arena over the weekend. Loryn Porter pitched a 27-save shutout against on Friday in a 1-0 win for Maine, handing the Huskies just their second loss of the season.

Boston College and Providence split a weekend series, the home team victorious each evening. Abby Newhook (3g, 2a) and Gaby Roy (1g, 4a) both enjoyed five-point weeks. Newhook netted the game-winner in overtime in BCâs win over Providence on Saturday night. In her first full game in Hockey East, Providence sophomore Mireille Kingsley recorded a career-high in saves (42) in a 2-1 win Friday night against the Eagles. She made a total of 82 saves on 85 shots over two games on the weekend.

New Hampshire enjoyed a four-point weekend against Merrimack. The Warriors toppled the Wildcats, 3-2, in overtime on Friday after rattling off three unanswered tallies, capped by Courtney Maudâs game-winning strike. The next night UNH senior captain Lauren Martin broke a 1-1 third-period tie to lift the team to a 2-1 victory at the Whittmore Center on Kacey Bellamy Day.

Maureen Murphy (Gr., F; Buffalo, N.Y.) added to her team-leading season point total and Hockey-East leading point total (19) with a three-point weekend (2g, 1a). She notched the second goal in a 3-0 victory over Vermont in game one, and notched a late first-period game-tying goal to keep the Huskiesâ momentum going to an eventual 3-1 win. 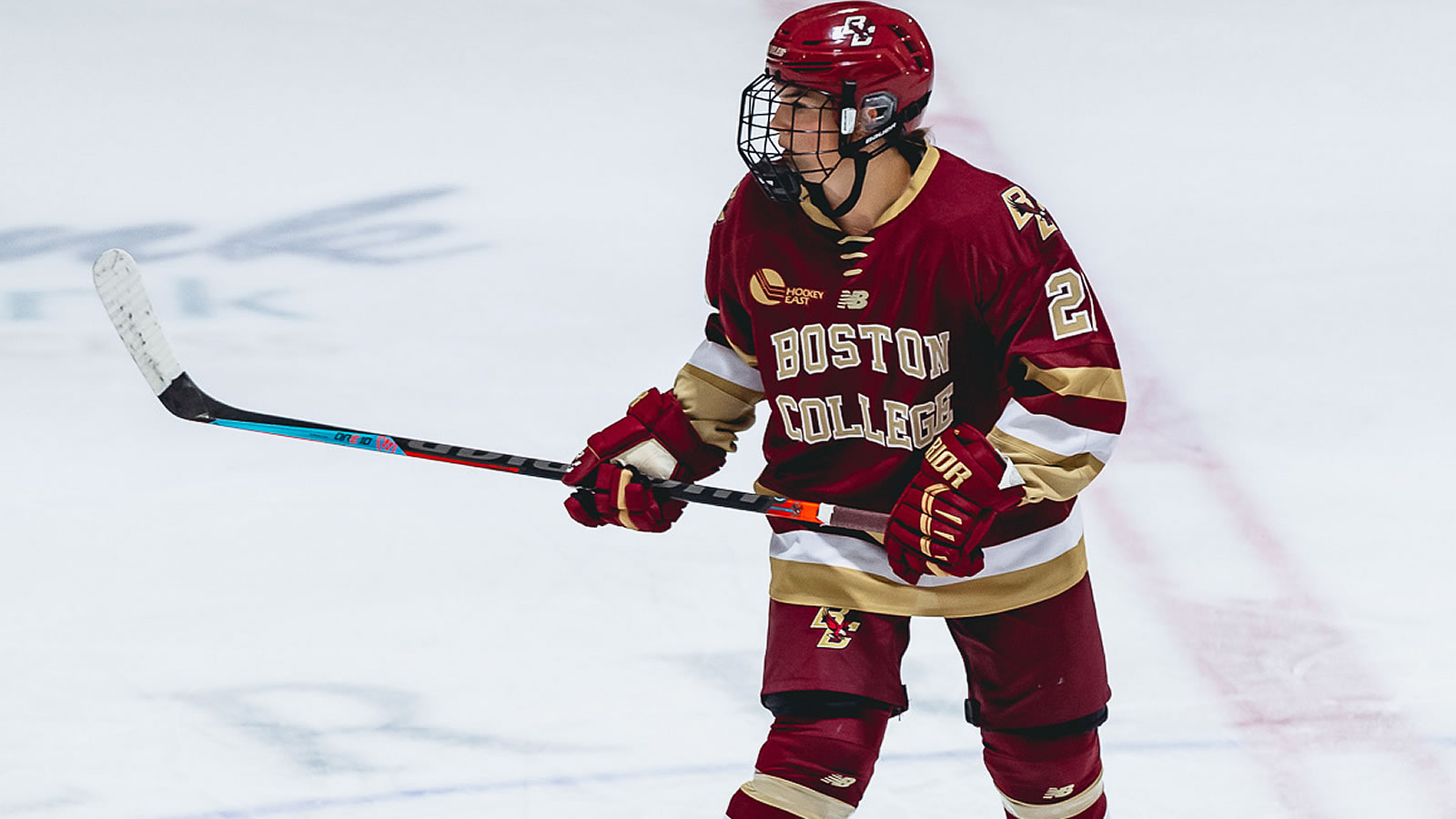 Abby Newhook (Fr., F; St. Johnâs, New.) Had a five-point week, scoring three goals and assisting on two others. She scored two goals, including the game-winner in overtime, in BCâs win over Providence on Saturday night after dishing out a helper in Fridayâs setback. The rookie also tallied a goal and an assist against Harvard on Tuesday night to recorded nine shots on goal, a plus-four rating and one blocked shot on the week. 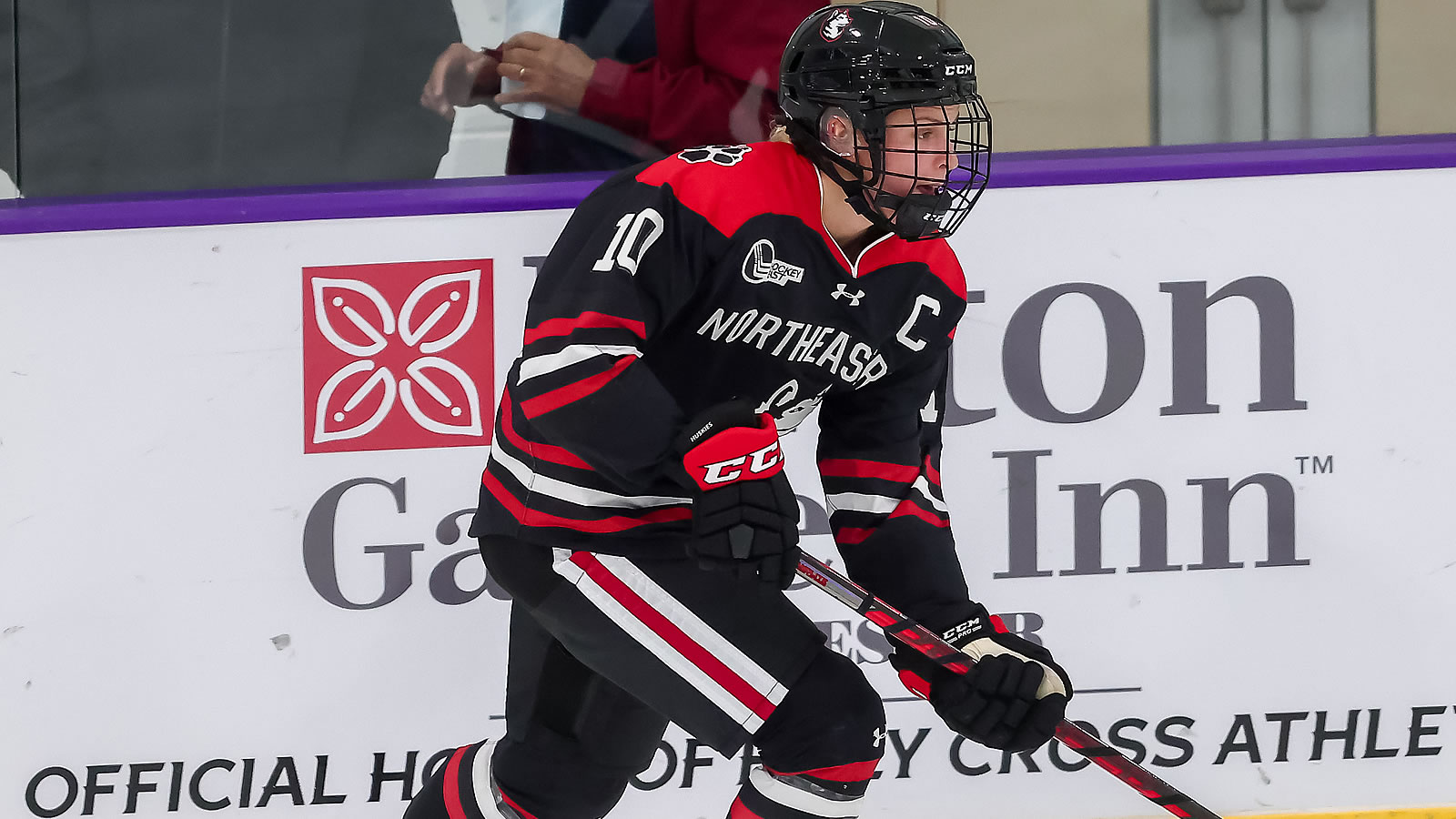 Brooke Hobson (Gr., D; Prince Albert, Sask.) the fifth-year captain notched a goal and an assist on the weekend, the goal being the power-play, game-winner in game oneâs 3-0 victory at Vermont and her assist came on the very next goal for the Huskies 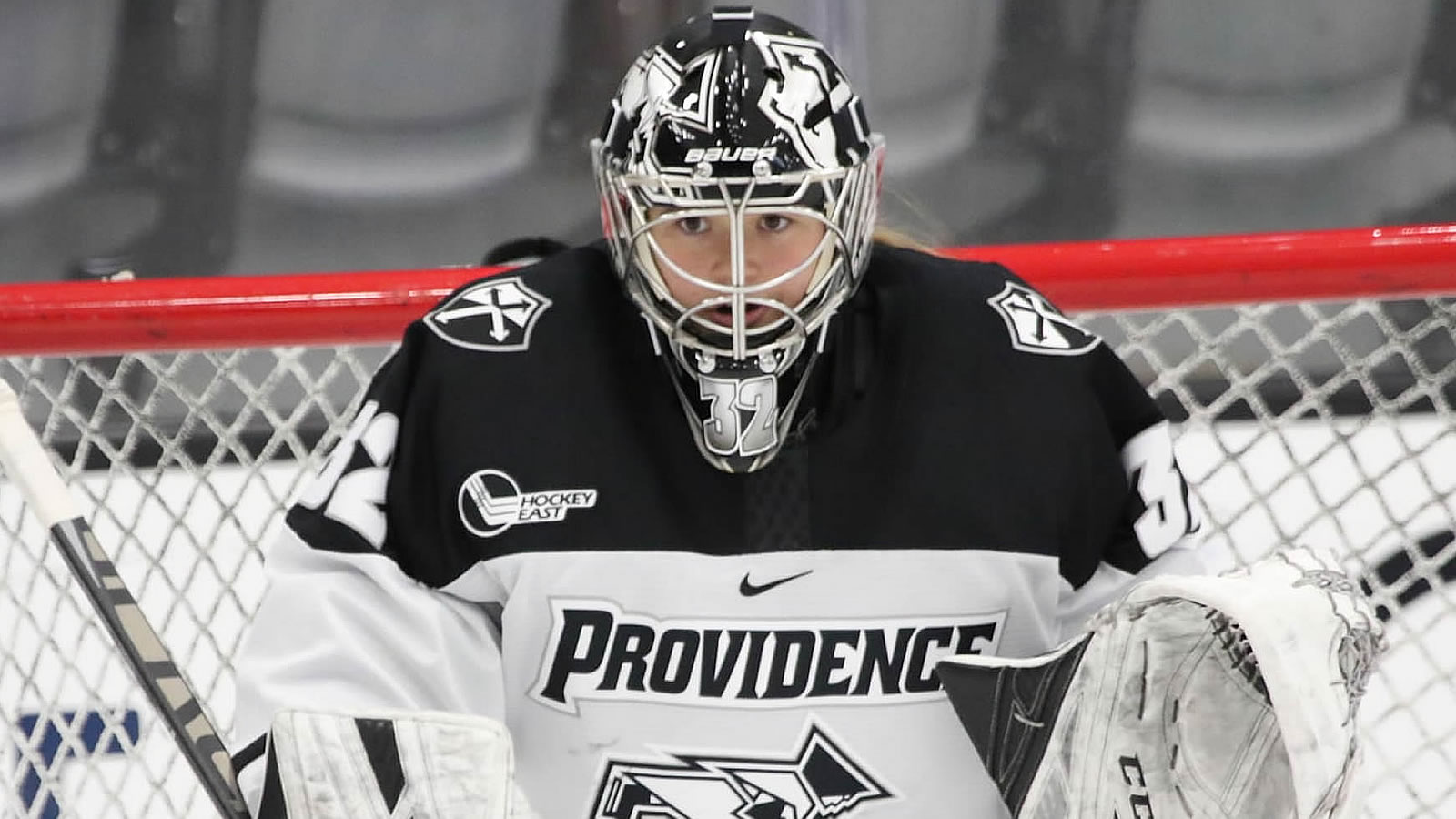 Mireille Kingsley (So., G; Sudbury, Ont.) recorded a career-high in saves (42) in a 2-1 win Friday night against #7 Boston College at Schneider Arena, which also served as her first full 60 in net against both a Hockey East and nationally ranked opponent. She followed that performance up with another 40-save outing at Boston College on Saturday, 2-1 overtime setback. She made a total of 82 saves on 85 shots over two games on the weekend. She now holds a .961 save percentage and 1.33 GAA.

Gaby Roy, BC (So., F; Marshfield, Mass.) Racked up five points on one goal and four assists in three appearances last week. Fired eight shots on goal and had one blocked shot, had two assists against Providence on Saturday night, scored a goal on Friday at Providence and had a one-goal, one-assist outing at Harvard on Tuesday.

Sidney Fess, BC (So., D; Clifton Park, N.Y.) Tallied the primary assist on BCâs game-winning goal in overtime Saturday night. She also blocked two shots on the weekend and registered one shot on goal.

Abigail Levy, BC (Sr., G; Congers, N.Y.) Made 106 saves on the week in three appearances, including stopping 71 of 74 shots faced against Providence.

Callie Shanahan, BU (Fr., G; Commerce, Mich.) Allowed just one goal and made 23 saves in the Terriersâ 3-1 win over Holy Cross on Friday, her only start of the weekend.

Ally Johnson, ME (Sr., F; Milwaukee, Wis.) Scored the lone goal of a 1-0 win over UConn on Friday night.

Ida Kuoppala, ME (Jr., F; Pendersore, Finland) Posted three points (1g, 2a) to help Maine to a 4-4 draw with UConn on Saturday.

Loryn Porter, ME (Gr., G; North Bay, Ont.) Pitched a 27-save shutout against UConn on Friday in a 1-0 win for Maine, handing the Huskies just their second loss of the season.

Aerin Frankel, NU (Gr., G; Briarcliff Manor, N.Y.) Started game one and posted her fourth shutout of the season, which leads Hockey East and is second in the nation, making 26 saves. It was her 32nd career shutout, which continues her school record mark in career shutouts and career saves.