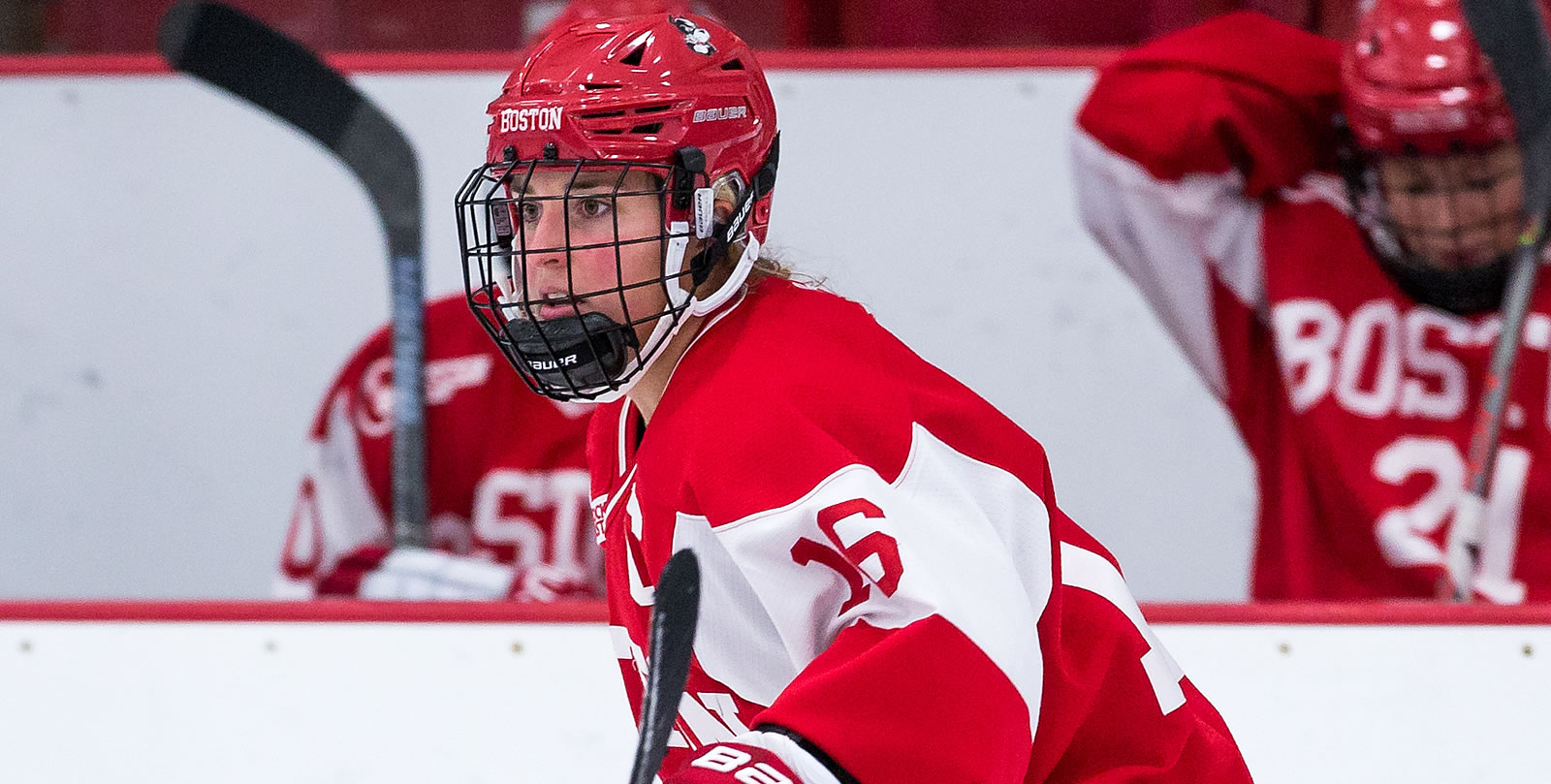 Presented annually to a player who "demonstrates leadership and commitment both on and off the ice," the Devens Award is given as a joint honor between ECAC Hockey and Hockey East and aids a deserving student-athlete with a post-graduate scholarship of $10,000. The award is named in honor of former Dartmouth Big Green ice hockey player, Sarah Devens, who died in 1995 prior to her senior year.

"Sammy Davis has been a consummate student-athlete at Boston University for the past five years. Her conviction to the program and to BU makes her a worthy recipient of the Sarah Devens Award," said Boston University head coach Brian Durocher. "Sammy's leadership on the ice, accomplishments in the classroom and tireless efforts throughout the community have set a standard of excellence that is widely recognized. We are all proud of Sammy and congratulate her on being selected as this year's Sarah Devens Award winner,"

"This means so much to me and it's an honor to receive an award in Sarah Devens' name. I think this award is also a testament to my coaches, teammates, and family," said Davis. "My coaches and teammates pushed me to be the best version of myself every day, not only on the ice but also off the ice. I also have to thank my family for making my dream of playing college hockey a reality. Lastly, to the Devens family, I can't thank you enough for providing such a wonderful gift every year to college athletes. It truly is amazing. This postgraduate scholarship is going to help me so much and I am forever grateful for your family's generosity."

Davis is the first winner from Boston University and just the third player from Hockey East to win the award in its 24-year history, following Vermont's Taylor Willard in 2018 and Providence's Karen Thatcher in 2006.

A native of Pembroke, Massachusetts, Davis was a three-time captain of the Terriers and led her squad in 2019-20 with 17 goals, 24 assists and 41 points. Her 34 points in league play was third-most of any player in Hockey East and she led the conference in power- play production with six goals, nine assists, and 15 points on the man-advantage, all best in Hockey East. Davis was twice named as a league All-Star, including a first-team nod in 2019-20 and a second-team honor in 2018-19. During her freshman campaign in 2015-16, she was named to the Pro Ambitions All-Rookie Team. She was also named the MVP of the 2019 Beanpot as she scored the game-winning goal in overtime to deliver her team its first Beanpot since 1981.

In the classroom, Davis earned her bachelor's degree in behavior and health in May 2019 and will graduate this spring with a master's degree in special education. . Through her time at BU, she has maintained a 3.59 GPA while taking a challenging course load and has been named to the Hockey East All-Academic Team four times in her career to be included among an elite group of Hockey East Distinguished Scholars. Davis has been admitted to the Massachusetts General Hospital doctorate program where she will earn her doctorate in occupational therapy.

An active member of the Boston University community, Davis was committed to community service during her time as a Terrier. She has been involved with the Travis Roy Foundation, which raises money to continue searching for a cure for spinal cord injuries. Davis was also involved with her team's fundraising efforts for Hockey East's Skating Strides Against Breast Cancer initiative as well as the Making Strides against Breast Cancer walk that takes place each fall. The captain also organized efforts for her team to work with The Doc Wayne Foundation to help underprivileged youth in Boston have better access to athletic opportunities in their community. Most significantly, Davis spent the summer of 2019 abroad in South Africa working with Project Playground. This program works with children with disabilities in areas lacking resources that are necessary to their development by providing an outlet for children to empower themselves to see change in their communities by increasing social interaction, foster problem-solving skills, inspire creativity, empower local leaders to improve their communities, and help children laugh. While with Project Playground, Davis worked alongside occupational therapists to help children develop basic life skills.