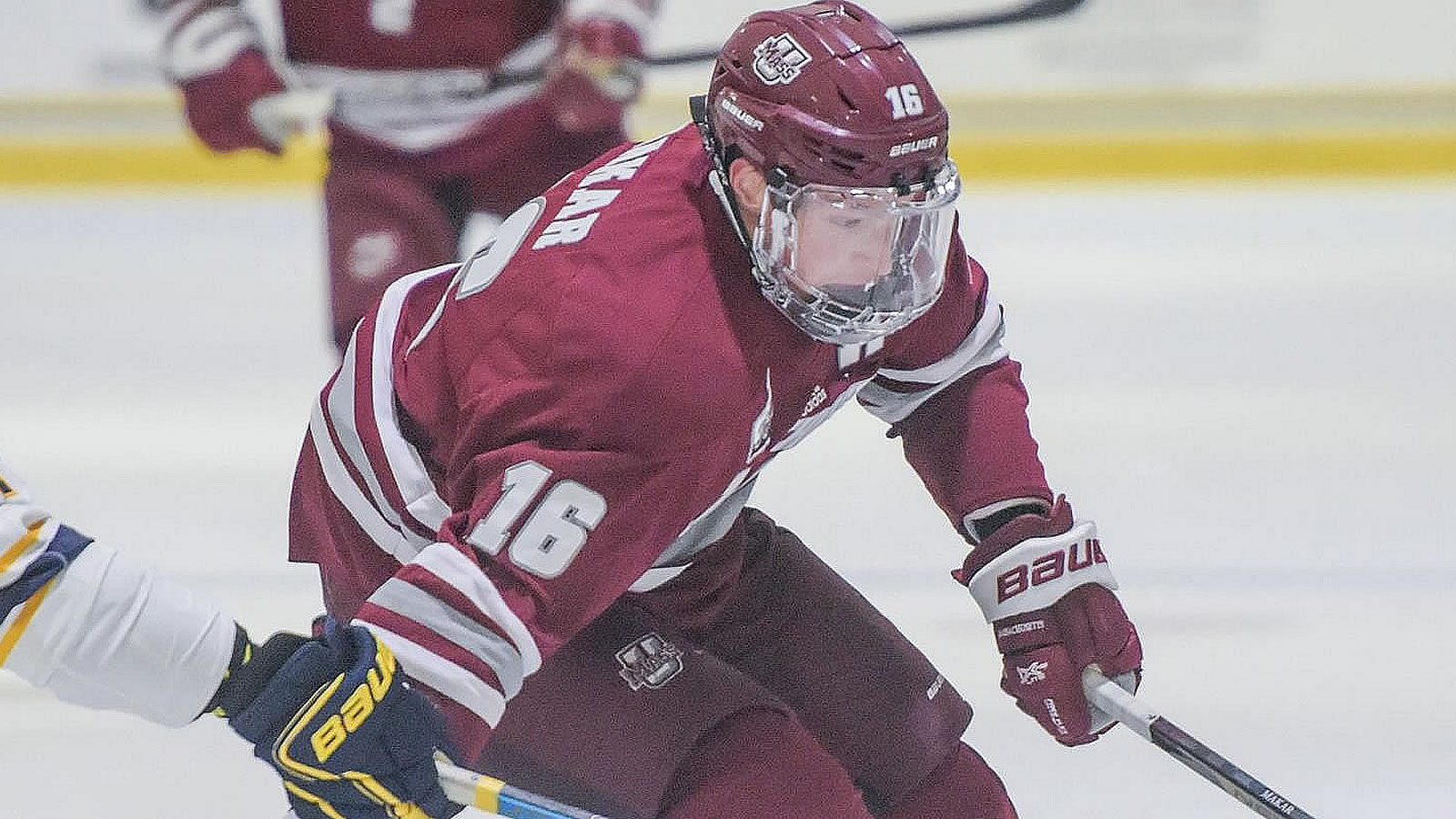 AMESBURY, Mass. - There were a record 83 Hockey East alumni named to National Hockey League rosters for opening night of the 2022-23 season, it was announced this week by the NHL. The number is one more that the previous record of 82 in 2021-22 and sets a new standard for the 11th year in a row. For the first time ever, all 32 NHL clubs are carrying at least one Hockey East product on their rosters to start the year. A full list of players can be found below.

The Boston Bruins, Buffalo Sabres, and Philadelphia Flyers each boast six Hockey East alumni on their rosters, the most of any NHL club.

The Philadelphia Flyers enter the season with a league-leading 12 college hockey players on their Opening Night roster, followed by five teams with 11 each: Boston, Buffalo, Pittsburgh, Washington and defending Stanley Cup champion Colorado.

Additionally, half of the NHLâs 32 current general managers played college hockey, as did 12 of the leagueâs current head coaches.

By the end of the 2021-22 season, a record 349 former college players had appeared in the NHL, shattering the previous record of 327 (2018-19). That included 15 who debuted in 2022 following the completion of their NCAA hockey season. Of those 349 players, 109 were Hockey East alumni, representing nearly one-third of the NCAA alumni to play in the NHL last season. All 11 current menâs member institutions had at least one former player represented. In addition, all 32 NHL teams had at least one Hockey East product in the lineup at some point during the regular season. Hockey East claimed six 2022 NHL All-Stars, and boasted over 100 NHL players for the second year in a row.

Three Hockey East Association alumni were crowed Stanley Cup Champions, as the Colorado Avalanche captured the NHLâs top prize for the third time in franchise history. Etching their names on the most recognizable trophy in sports were Cale Makar (Massachusetts, 2017-19), who also won the Conn Smythe Trophy as the playoff MVP, Josh Manson (Northeastern, 2011-14) and Alex Newhook (Boston College, 2019-21). Hockey East has now claimed at least one Stanley Cup champion for the 12th year in a row. Joining the trio as champions are two other products of Hockey East schools, including Development Coach Brett Clark (Maine, 1995-96) and scout Neil Shea (Boston College, 1982-86).

In total, 15 of the current 32 NHL clubs selected at least one current or future Hockey East player in the 2022 NHL Entry Draft. The selections were highlighted by five picks in the first two rounds, including incoming Boston College forward Carter Gauthier (Philadelphia Flyers) at fifth overall. The pick gives Boston College at least one player selected for the 27th consecutive draft, tying the all-time NCAA record held by Minnesota (1974-2000).