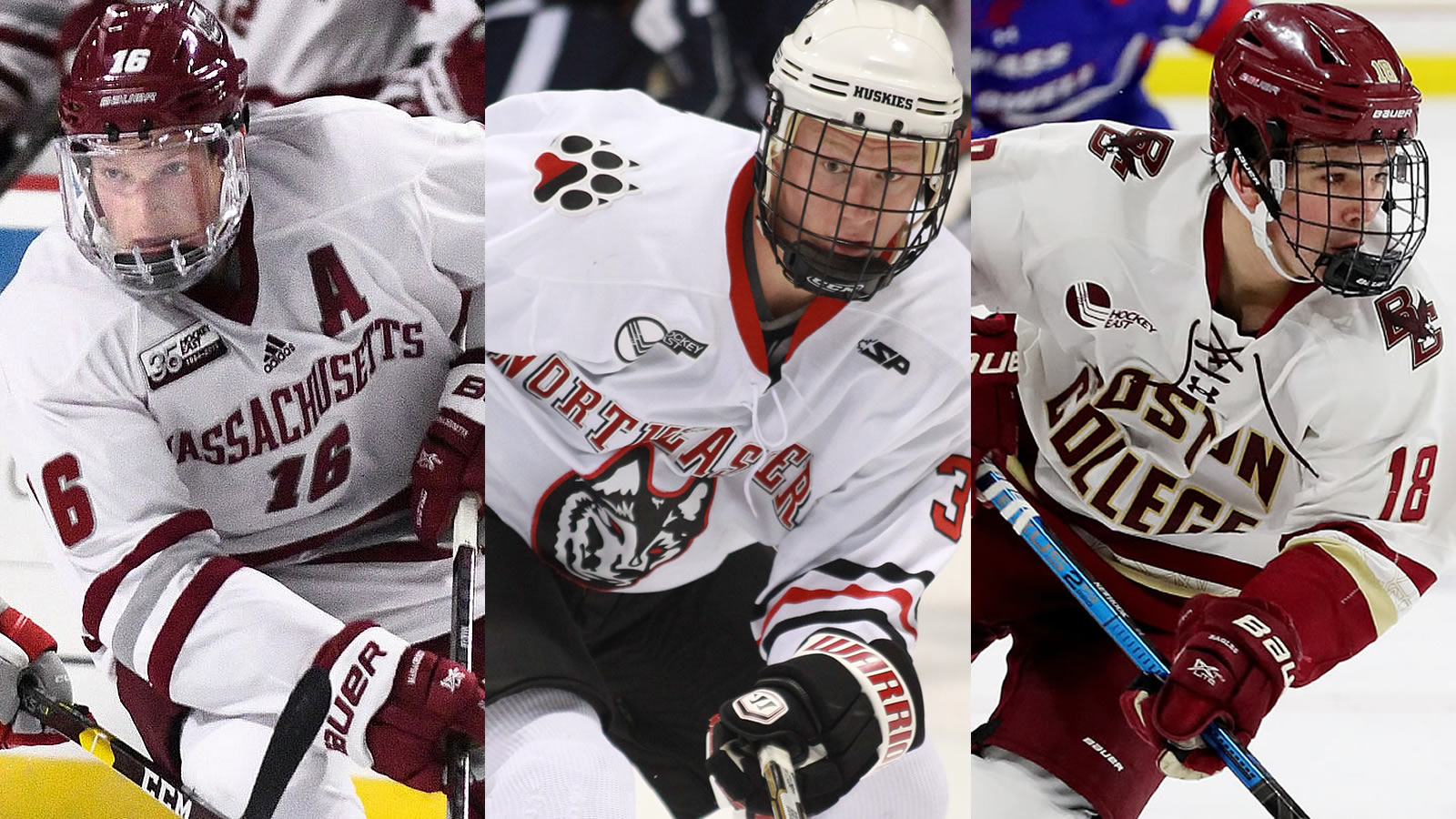 Hockey East has now claimed at least one Stanley Cup champion for the 12th year in a row. Joining the trio as champions are two other products of Hockey East schools, including Development Coach Brett Clark (Maine, 1995-96) and scout Neil Shea (Boston College, 1982-86).

Hockey East was once again the most well-represented college hockey conference in the Stanley Cup Playoffs, with 102 league alumni entering the playoffs in 2022. The alumni included 42 active players and 60 staff and front office members, with at least one representative from 12 different institutions.

Hockey East had more front office and coaching staff representatives than any other conference in this yearâs playoffs, while the 42 active players are the most alumni of any college league. Of the more than 120 NCAA alumni on NHL playoff rosters, Hockey East accounts for over one-third of those players.

. Last season, current Tampa Bay Lightning and former Vermont forward Ross Colton scored the series-clinching goal in Game 5 of the Stanley Cup Finals for Tampa Bay, which marked the 11th-straight season a former Hockey East player has lifted the Cup. Colton is a former All-Hockey East honorable mention, and he is a part of a Tampa team looking for their third straight title.

In all, 40 NCAA schools had alumni see action for the 16 playoff teams during the regular season.