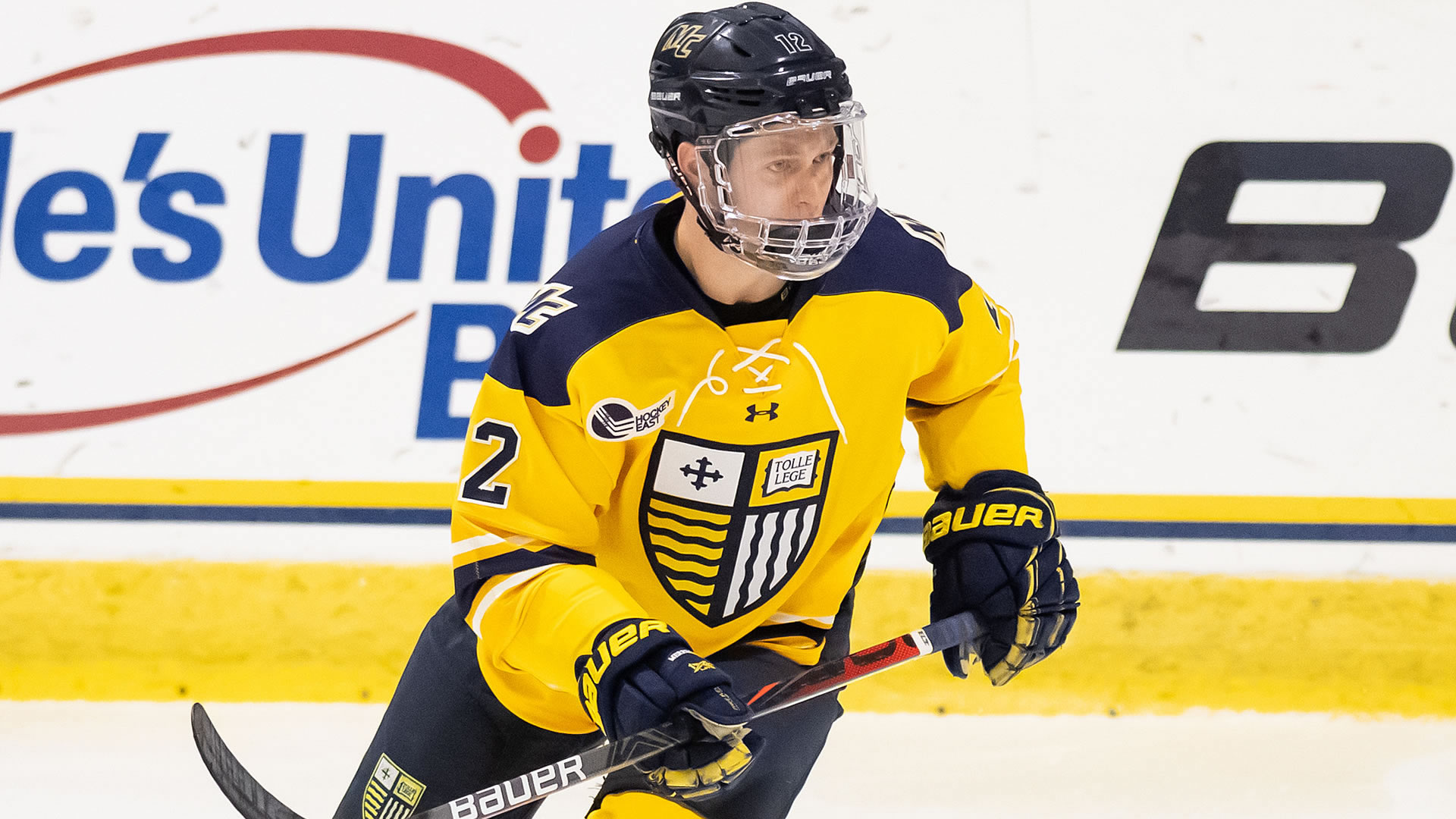 The award was established by the HCA in honor of former Army player Derek Hines, who was a âconsummate team player and team builder.â Hines played at Army from 1999-2003 and was a four-year letter-winner as well as a co-captain his senior season. He was killed in the line of duty on Sept. 1, 2005 in Afghanistan.

Jordan arrived at Merrimack in the fall of 2018, he came to Merrimack in spite of a coaching change and he came with high expectations, well earned by his consecutive championships in the USHL with Fargo and Chicago. He arrived as a heralded freshman and proceeded to play in 29 of the teamâs 34 games, registering 10 points, the second highest total for a freshman. Jordanâs future looked bright and he started his sophomore campaign in much the same way as he ended his freshmen year, as a counted-on top nine forward. Unfortunately, Jordan would break his ankle in practice on the same day that he was moved to the teamâs top line (due to a teammateâs injury.) He would sit out the remainder of the sea- son. In spite of his inability to practice Jordan attended every practice and became the vocal emotional leader of the program. Jordan would lead by example, never taking a day off in spite of his misfortune; he was a member of the team, whether in uniform or not, and he made the commitment through his personal disappointment, to be with his teammates the entire season.

With the 2021 season approaching Jordan looked forward to gaining his spot back as a top contributor to Merrimack hockey. At the teamâs second practice of the season, he suffered a torn labrum in his shoulder and his season was over before it ever started. Once again, Jordan made the commitment that he would be at every practice and game after his surgery. He would end up being a major part of a team that weaved itsâ way through a sluggish start to a team that was playing very well down the stretch, and Jordan Seyfert, in street clothes, was a major contributor to the teamsâ ability to right the ship and to begin having success.

Said head coach Scott Borek, âWhat he did, from a distance, unable to be on the ice, is something that I have never seen before in my coaching years. As Jordan prepared to return to Merrimack as a senior, he was struggling to get a line-up spot. He had basically missed two years of hockey and he was walking back into a team that had grown a lot since he had played a big role as a freshman. Jordan played in only 20 of the teamâs 35 games this year. He has continued to be the consummate teammate and he has played a major role in the locker room of keeping his team moving forward even through his own disappointment and lack of playing time. But as the team moved into the play-off run and hoped for greater things, Jordan worked his way back into the line-up.â

During this time, Jordan continued to be an excellent student in the Girard School of Business, as a Business Management major with a Finance concentration. He currently holds a 3.4 GPA. While being a key member of the hockey program on and off the ice, Jordan has been a leader with our Team Impact recruits and he has also spent time on the grounds crew of the campus, leading groups in campus clean-ups.

Added Borek, âI nominated Jordan not only for what he has done, but truly because of who he is as a human being and teammate.â Seyfert is the first Merrimack player and third player from the Hockey East to win the award since its inception. The other finalists for this yearâs award were Wyatt AAmodt, SR D, Minnesota State; Linden Marhsall, SR G, RPI; Jake Pivonka, SR F, Notre Dame; Ethan Roswell, SR D, Bentley; and Mark Senden, SR F, North Dakota.

The HCA coordinates the award, with nominations from each of the six Division I menâs hockey conferences. The selection committee, made up of the six conference media contacts, Lt. Steve Hines, Derekâs father, and Army West Point head coach Brian Riley, vote on the winner âwho displays exemplary sportsmanship, is supremely competitive, intelligent and extraordinarily conditioned with an unmatched work ethic.â