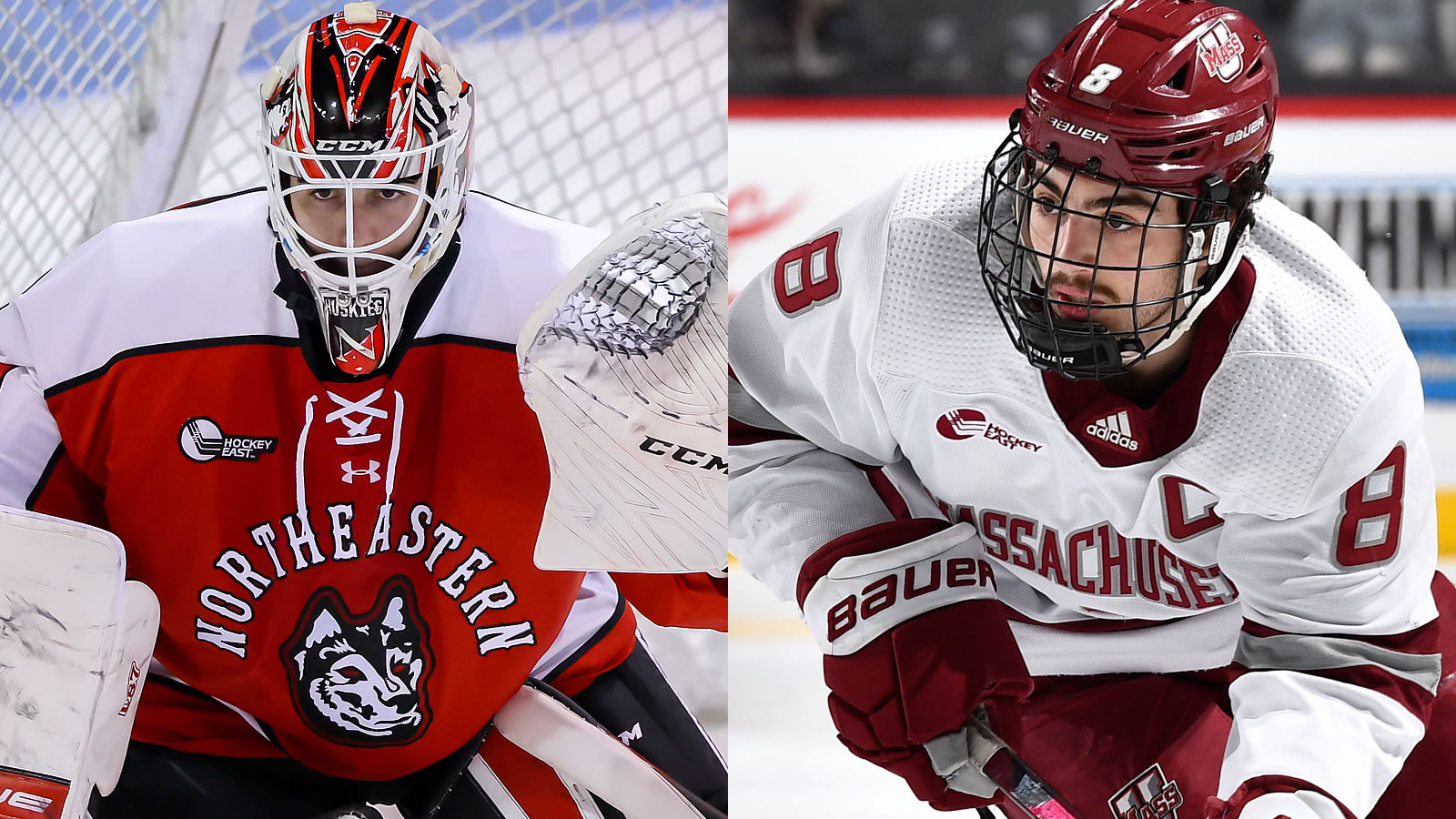 The ten finalists were selected by voting from all 59 Division I college hockey head coaches plus online fan balloting. Next, the 30-member Selection Committee and an additional round of fan balloting through the Hobey website hobeybaker.com March 17-27 will determine this yearâs Hobey Baker winner. Criteria for the award are: displaying outstanding skills in all phases of the game, strength of character on and off the ice, sportsmanship and scholastic achievements.

Not many goalies can make this claim: Levi began his college career with two shutouts in his first two starts. After being sidelined as a freshman due to injury, his debut was just the beginning of a fabulous season. The Huskies went on to claim their first ever Hockey East regular season title as Levi hauled in a truckload of awards including: Goalie of the Year, Rookie of the Year, First Team Hockey East, All Rookie Team and was a finalist for Player of the Year.

Trivignoâs tenacious and dynamic play allows him ice time in all situations. After helping UMass to its first ever national title last year, he has followed that up with 45 points in 34 games to rank fifth in the nation in scoring. Having won the Hockey East scoring title, he was named the circuitâs Player of the Year and First Team all-conference.