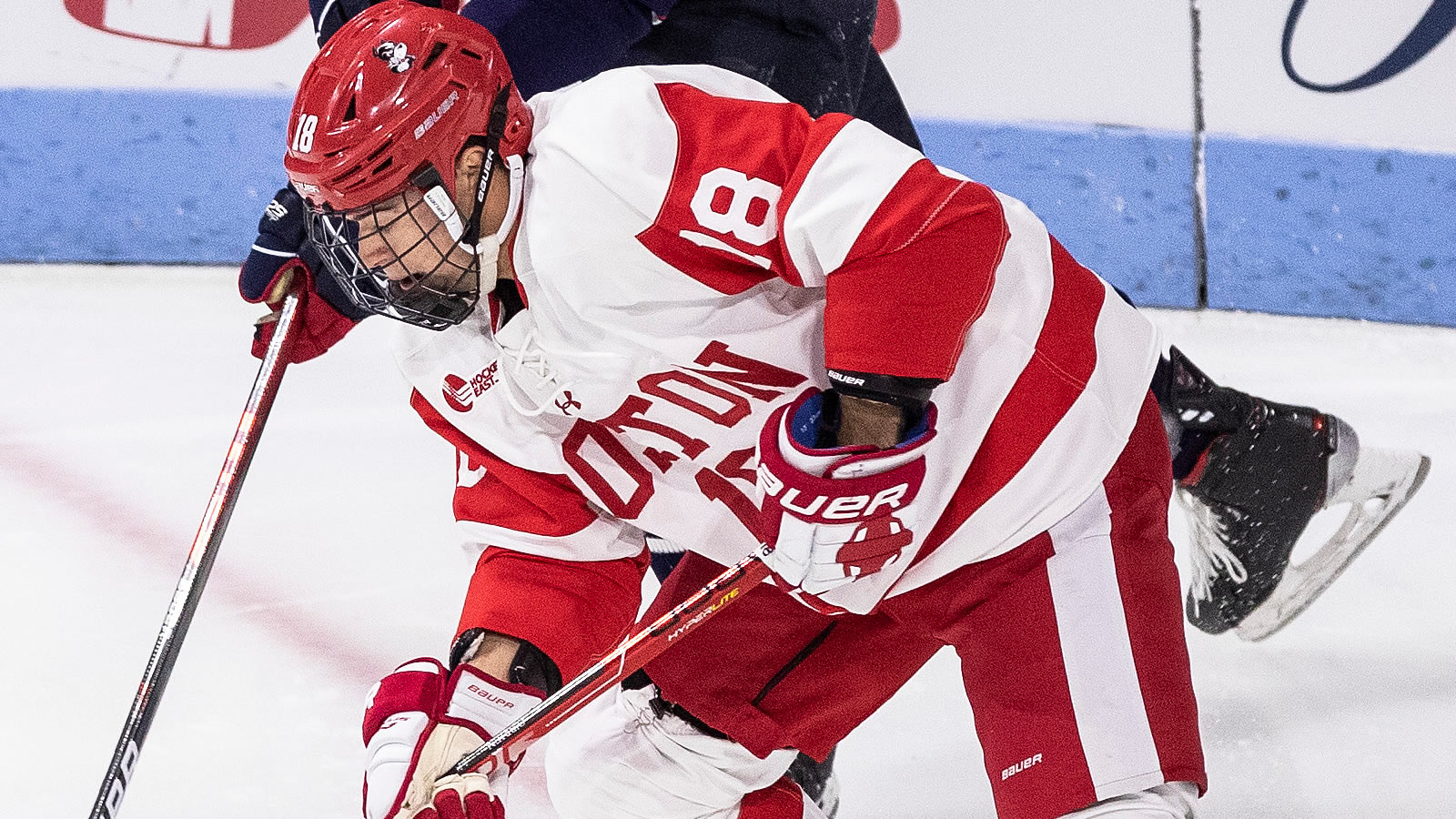 The Beanpot returned to Boston University for the 31st time in the 69-year history of the tournament. The Terriers claimed a 1-0 victory over Northeastern off the stick of Dylan Peterson with just 2:46 remaining in the third period. BU has now won seven in a row, all in regulation.

Boston Universityâs Jay O'Brien finished the week with three goals and two assists for five points, highlighted by a two-goal, one-assist effort in a 4-1 win at #17 Providence on Thursday.

UConn earned a pair of league wins to move its winning streak in Hockey East play to six games. The Huskiesâ Jarrod Gourley had his first multi-goal game, scoring twice in the first period as the Huskies went on to beat Boston College on the road, 6-4, on Friday. Jachym Kondelik had a four-point week on a goal and an assist in each game and finished with a plus-three over the two games.

Maine earned a 3-2 overtime win at #9 Massachusetts in head coach Ben Barrâs return to the campus where he helped the Minutemen to the 2021 National Championship just a season ago. Donavan Villeneuve-Houle potted the game-winner 1:03 into the extra frame to deliver two points for the Black Bears.

Vermontâs Gabe Carriere pitched a 23-save shutout Friday night to backstop the Catamounts to a 3-0 win over New Hampshire. Carter Long scored a goal and added an assist to power UVMâs offense.

The Wildcats bounced back on on Sunday with a 3-0 win of their own, propelled by freshman Liam Devlinâs game-winning goal and 26 saves in a shutout from Mike Robinson. It was the senior netminderâs second perfect game of the season.

Jay O'Brien (Jr., F; Hingham, Mass.) finished the week with three goals and two assists for five points, highlighted by a two-goal, one-assist effort in a 4-1 win at No. 17 Providence on Thursday. OâBrien also lit the lamp and added an assist in his first-ever Beanpot game, a 4-3 triumph over Harvard. OâBrien led BU with nine shots on goal this week and also blocked two shots. 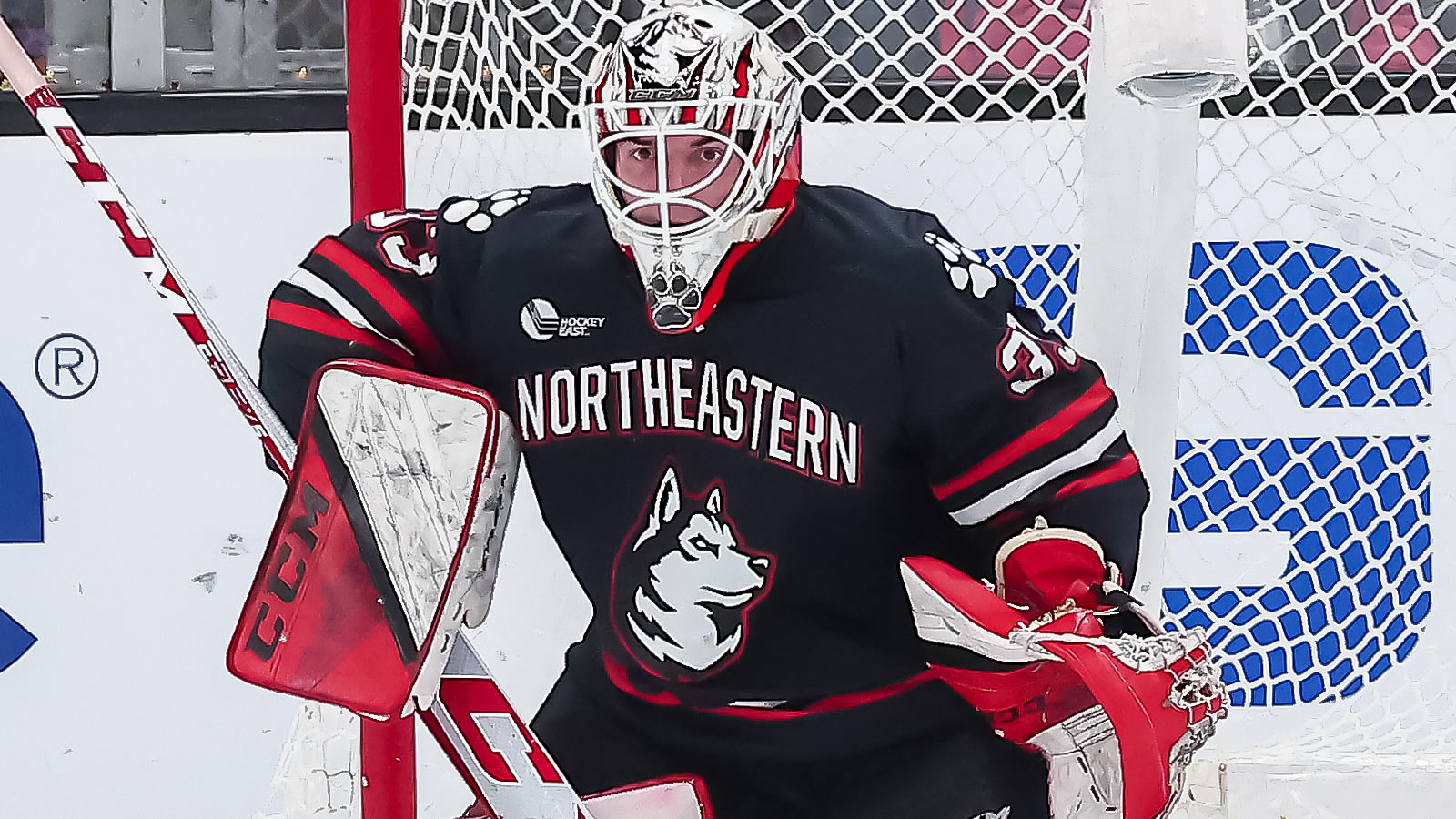 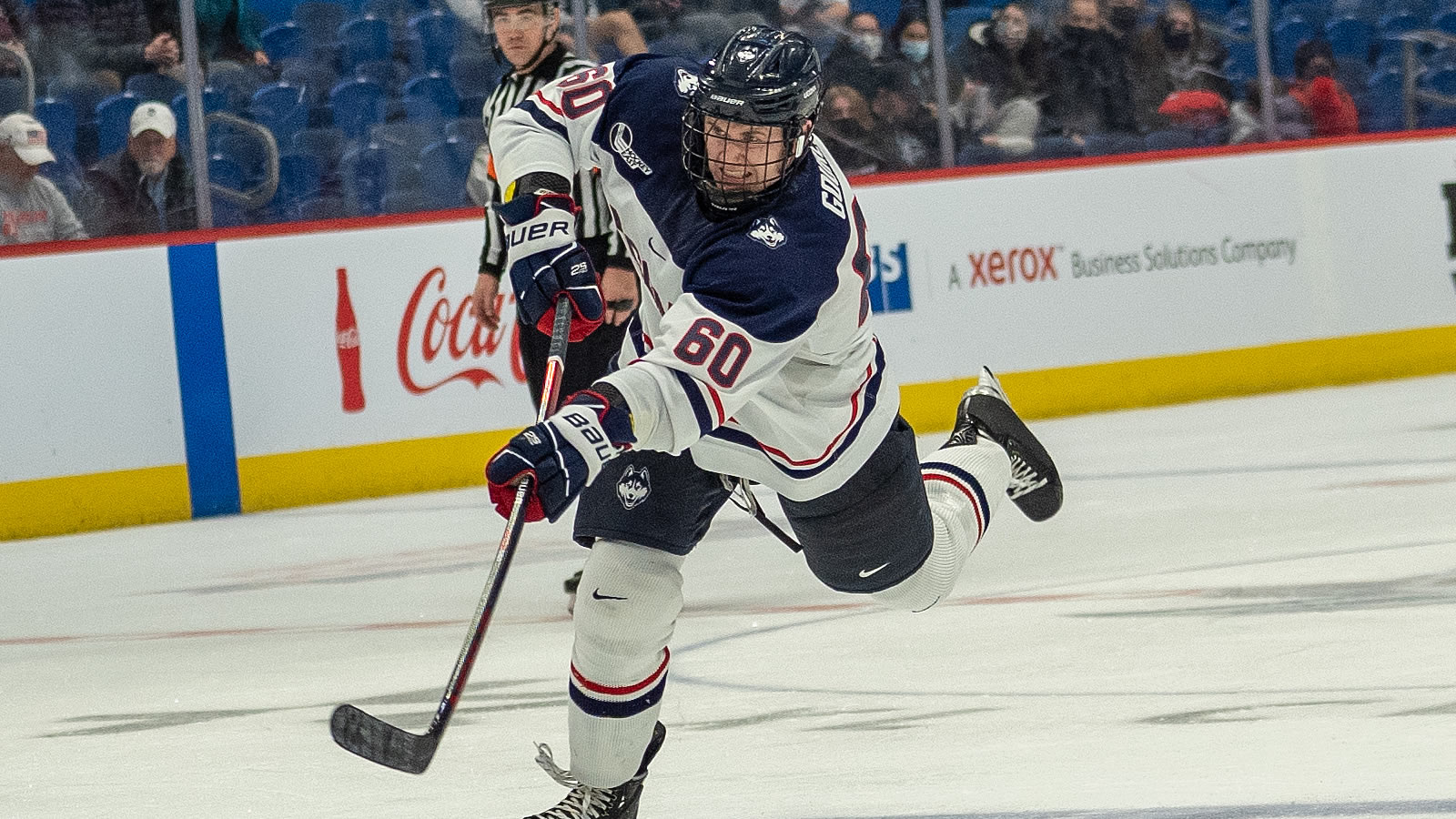 Jarrod Gourley (Gr., D; Calgary, Alta.) had his first multi-goal game, scoring twice in the first period as the Huskies went on to beat Boston College on the road, 6-4. 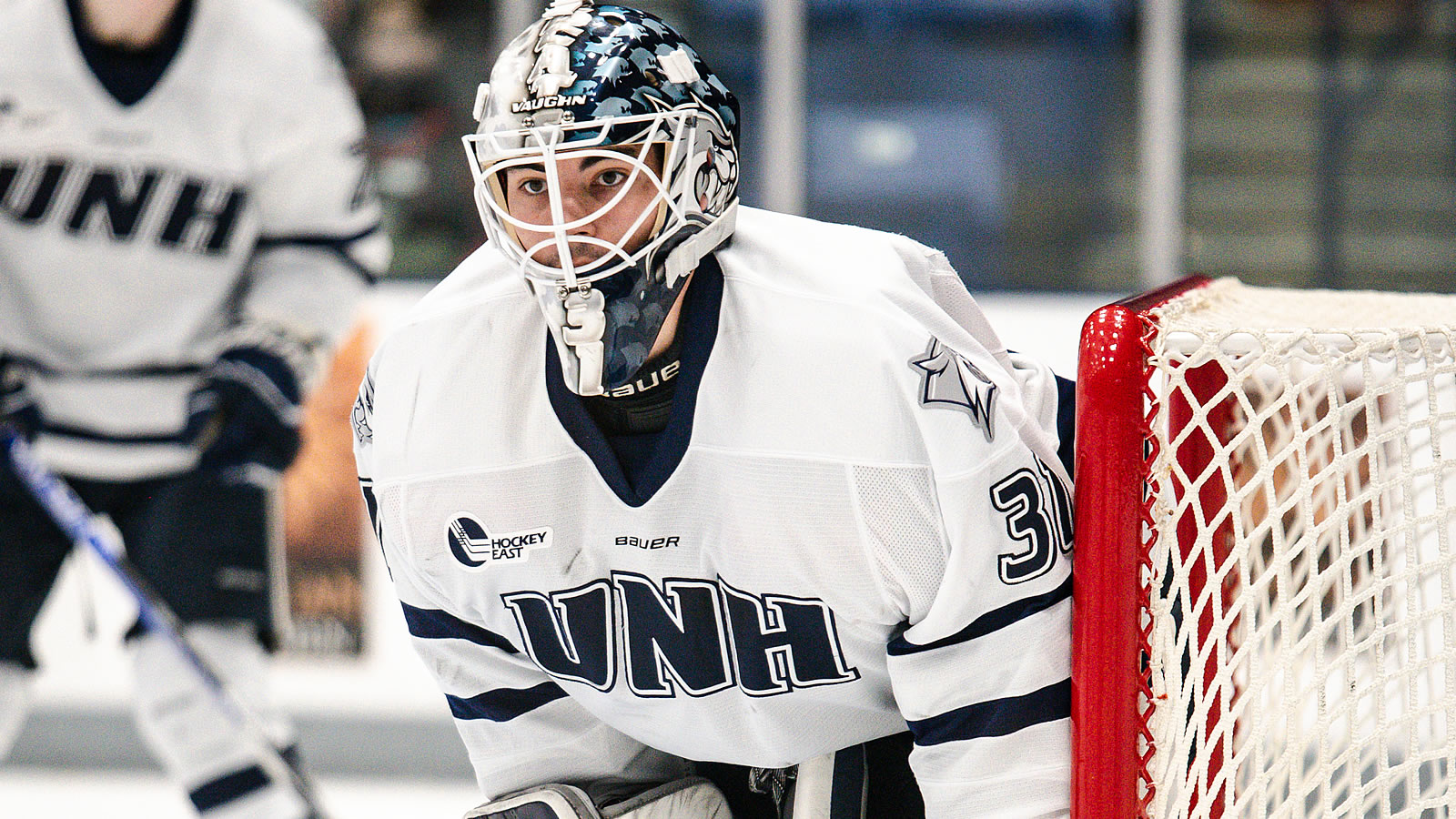 Liam Izyk, BC (Jr., F; Blackie, Alta.) Potted the first two goals of his Eagle career on Friday against UConn. Brian Carrabes, BU (Fr., F; North Andover, Mass.) Scored a breakaway goal to cap a 4-1 win at No. 17 Providence, completing faking out the Friar netminder for the finish.

Vinny Duplessis, BU (So., G; Quebec City, Que.) Gave up just two even-strength goals in a pair of victories to extend his win streak to three games since taking over the starting job while Drew Commesso competes in the Olympics. He made 24 saves in a 4-1 win at No. 17 Providence after stopping 22 shots in the Beanpot semifinal win over Harvard. He finished the week with a 2.00 GAA and a .920 save percentage.

Jachym Kondelik, UConn (Sr., F; Budejovice, Czech Republic) Had a four-point week leading the Huskies to wins at Merrimack and Boston College. He had a goal and an assist in each game and finished with a plus-three over the two games. In the face-off circle he was 28-16. He sits at 97 career points heading into this week, the most points by a Husky during UConnâs tenure in Hockey East (2014-present).

Steven Jandric, MC (Gr., F; Prince George, B.C.) Jandric sparked the Warrior offense during the week, as he had an assist on Max Newtonâs power play goal early in Tuesdayâs game against UConn, then he added two more assists Sunday at Vermont for a three-point week.

Hugo Ollas, MC (Fr., G; Linkoping, Sweden) Shut down Vermont Sunday, as the rookie netminder made 20 saves on the afternoon for his team-leading eighth win of the season. Liam Devlin, UNH (Fr., F; Needham, Mass.) Scored the game-winning goal in the 3-0 win over No. 13 UMass Lowell.

Sam Colangelo, NU (So., F; Stoneham, Mass.) Notched a team-high two goals and two assists to the lead the Huskies with four points on the week. His first goal of the week came in the second period of the Beanpot semifinals on the power play to put Northeastern up 2-0 over Boston College, counting as the eventual game-winner in a 3-1 win. His second goal came Friday at #13 UMass Lowell in the first to also put the Huskies up 2-0. They would go on to win 4-2.

Julian Kislin, NU (Sr., D; Manalapan, N.J.) Notched his first career goal and just his second multi-point game as he began the scoring in Fridayâs game at #13 UMass Lowell, having a hand in both of Northeasternâs two early goals that would set the tone for the game. He opened the scoring midway through the period with the goal and then assisted on the following goal by Colangelo in a 4-3 win.