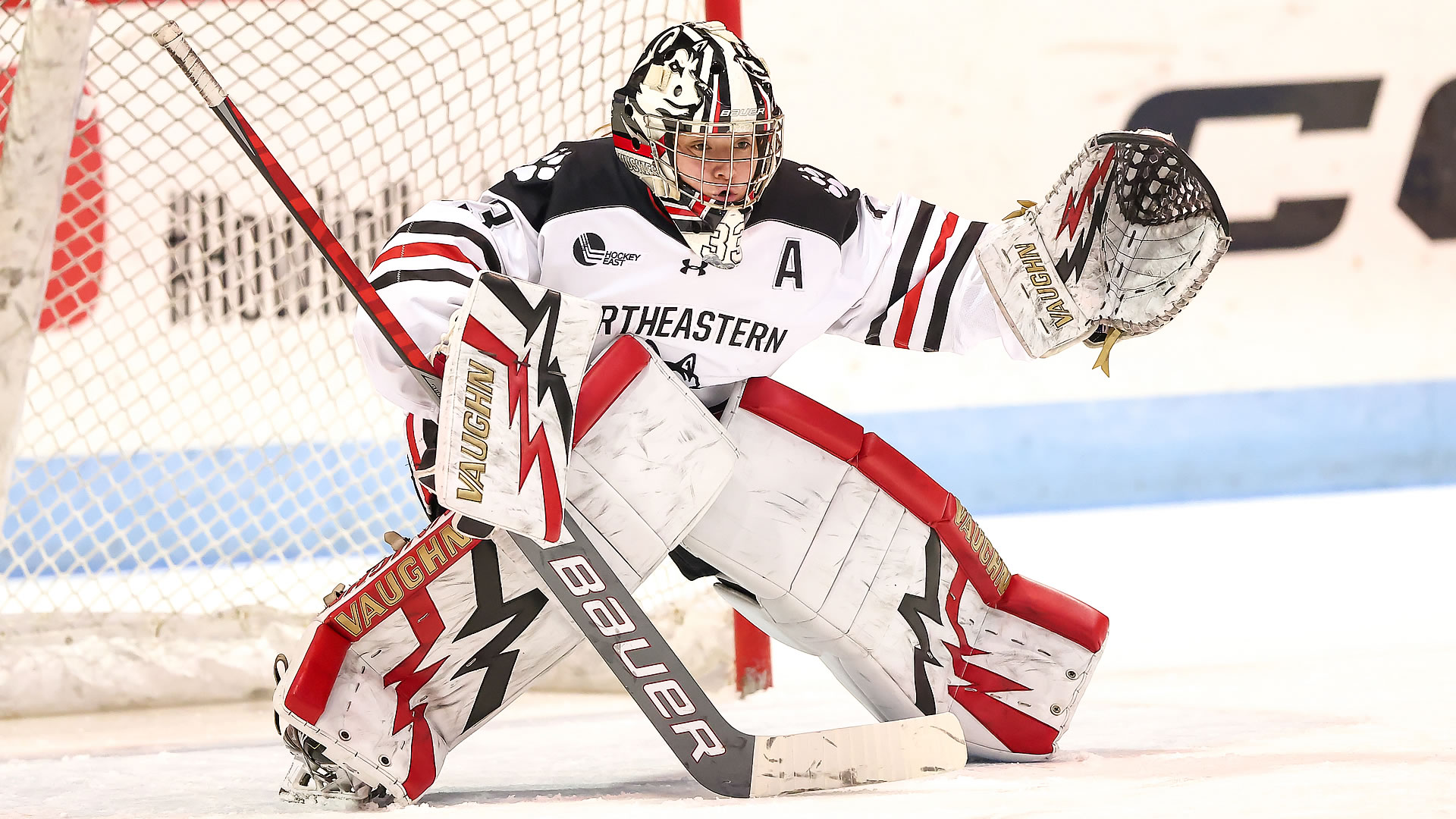 The Womenâs Hockey Commissioners Association has announced that Northeastern University graduate student Aerin Frankel has been selected as this yearâs recipient of the Womenâs College Hockey Goalie of the Year Award. It is the second year this award has been handed out and Frankel has been the honoree both times. Voting was carried out by a panel of coaches, administrators and members of the media from across the country.

A native of Briarcliff Manor, NY, Frankel has once again set the standard for goaltenders across the country all year. The only goaltender among the finalists for this yearâs Patty Kazmaier Award (as was the case last year when she won the award), Frankel is #1 or #2 in the NCAA in save percentage (.956), GAA (1.06) wins (25) and shutouts (11). Her 25th win came last Saturday when the Huskies defeated Wisconsin, 4-2, in the NCAA Quarterfinals. It is on to a semifinal re-match with Minnesota-Duluth at Penn State on Thursday.

In addition to Frankel, the other finalists for the Womenâs College Hockey Goalie of the Year Award were Quinnipiac University grad student Corinne Schroeder and St. Lawrence University junior Lucy Morgan.