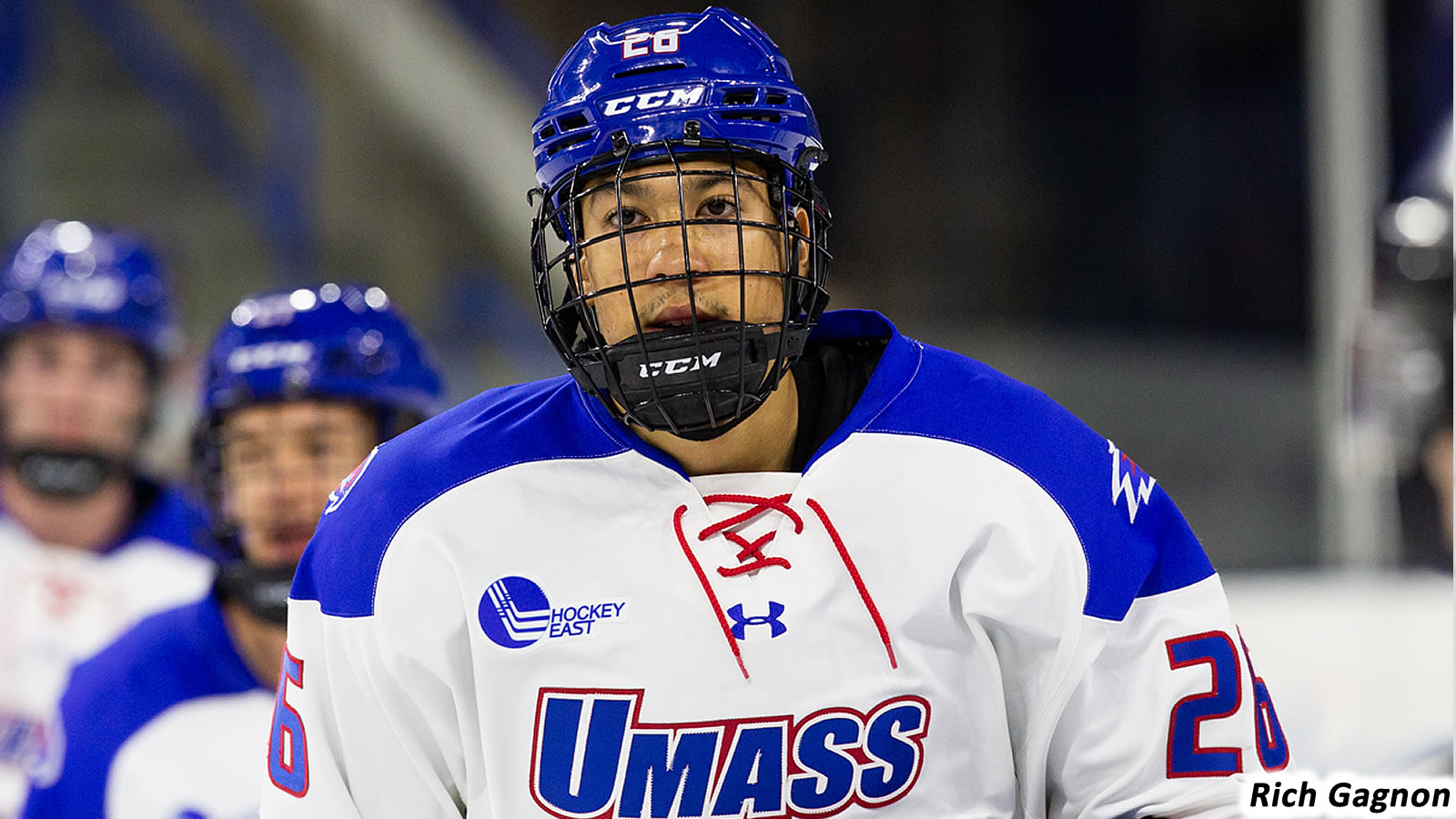 LOWELL, Mass.-Behind the efforts of four different goal scorers, the No. 12 UMass Lowell men's hockey team (13-3-3, 10-2-1 Hockey East) battled to a gritty 4-3 win over Maine (3-14-4, 1-10-2 HEA) Saturday Night in front of a buzzing audience of 3,013 at the Tsongas Center. With back-to-back wins against the Black Bears, the River Hawks secured the season sweep and picked up another six points in the conference standings.

UMass Lowell had ten skaters register a point in the conference clash against Maine, with junior Andre Lee (Karlstad, Sweden) leading the charge on the offense. The Swedish forward put up a team-high two points at pivotal points for the River Hawks, netting the opening goal on a power play and dishing out an assist on the eventual gamewinner.

Graduate student Connor Sodergren (Tewksbury, Mass.), junior Zach Kaiser (Orangeville, Ontario) and junior Jordan Schulting (Penticton, B.C.) knocked in goals of their own to join Lee in the scoring column. Schulting's third period tally marked the first of the season for the defender and the second of his career as a River Hawk.

Between the pipes, senior Owen Savory (Cambridge, Ontario) stopped 31 shots to move to a 12-1-2 mark on the year.

"Today was a good effort by all involved. We were forced to kill off some penalties in the third which proved timely," remarked Head Coach Norm Bazin. "I was extremely proud of the energy and effort the guys showed after a long layoff. Hopefully, we can have a more normal week of training leading into the next Hockey East opponent."

Explosive offense characterized the opening frame as the River Hawks knocked in a trio of goals, with the first two coming on the power play. Faking a shot from just under the blue line, senior Jon McDonald (Livonia, Mich.) passed the puck to Lee at the point, who clapped it past Maine's Victor Ostman to get the ball rolling for the UMass Lowell attack.

The River Hawks found themselves on the power play once again minutes later as Maine headed to the box on a trip. With just over thirty seconds left on the extra-man chance, junior Ryan Brushett (Montreal, Quebec) sent one barreling towards the net towards Sodergren, who redirected the shot on the doorstep to push the River Hawk advantage to 2-0.

Strong forechecking in the final two minutes of the period allowed UMass Lowell to extend their sizeable lead once more. Senior Sam Knoblauch (Rochester, Mich.) intercepted a Black Bear pass off the boards and sent it to Kaiser in the slot. The junior forward then spun the puck towards an unprepared Ostman to send the home team into the first break up 3-0.

Maine started to chip away at the River Hawks lead across the next twenty-five minutes of action, bringing the game within one after a pair of goals across the second and third period.

The River Hawks temporarily stopped the advancing Black Bears with a third period goal with just over nine minutes left on the game clock. A strong shot from the blueline from Schulting bounced off a Maine skater and buzzed by Ostman for some breathing room as the minutes winded down.

Although the Black Bears knocked in an extra-attacker goal late in the frame and kept Ostman out of the net, the visiting squad could not complete the comeback as the River Hawks claimed the 4-3 win and season sweep.