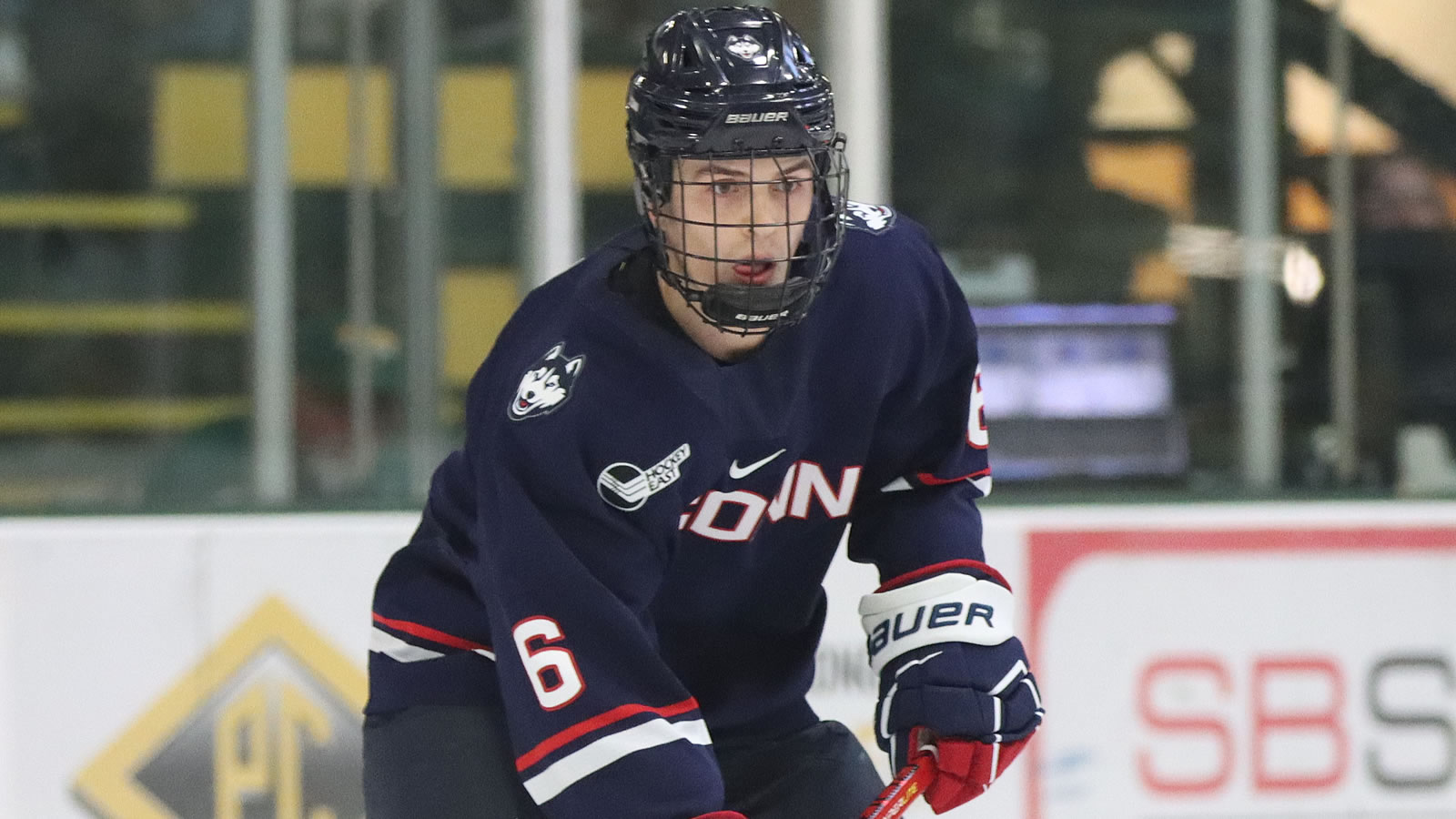 UConn earned six points in Hockey East play in an early-season series at Vermont. Andrew Lucas dished out four assists, two in each game and three on the power-play, to power the Huskiesâ offense from the blueline. The youngest player in college hockey, Matthew Wood, picked up three points on two goals and an assist in the series.

Boston University exploded onto the scene with an 8-2 win over Bentley in Jay Pandolfoâs first game as the bench boss. All five freshmen in the Terrier lineup had at least two points, combining for five goals and eight assists. Seven different Terriers scored a goal and 15 different BU skaters recorded a point in the outing.

UMass Lowell got 27 saves from Gustavs Davis Gringals and a goal and an assist from defenseman Isac Jonsson to secure a 4-0 win over St. Lawrence to open their season.

Northeastern took a 3-2 overtime win over LIU on Saturday off the stick of freshman defenseman Vinny Borgesi.

Andrew Lucas (Jr., D; Alexandria, Va.) dished out four assists, two in each game and three on the power-play, to help lift UConn to a two-game sweep at Vermont. He set up the game-winning assist in Saturdayâs 4-1 win. The blueliner is currently tied for second in the nation with four points and no player in the NCAA has more assists. 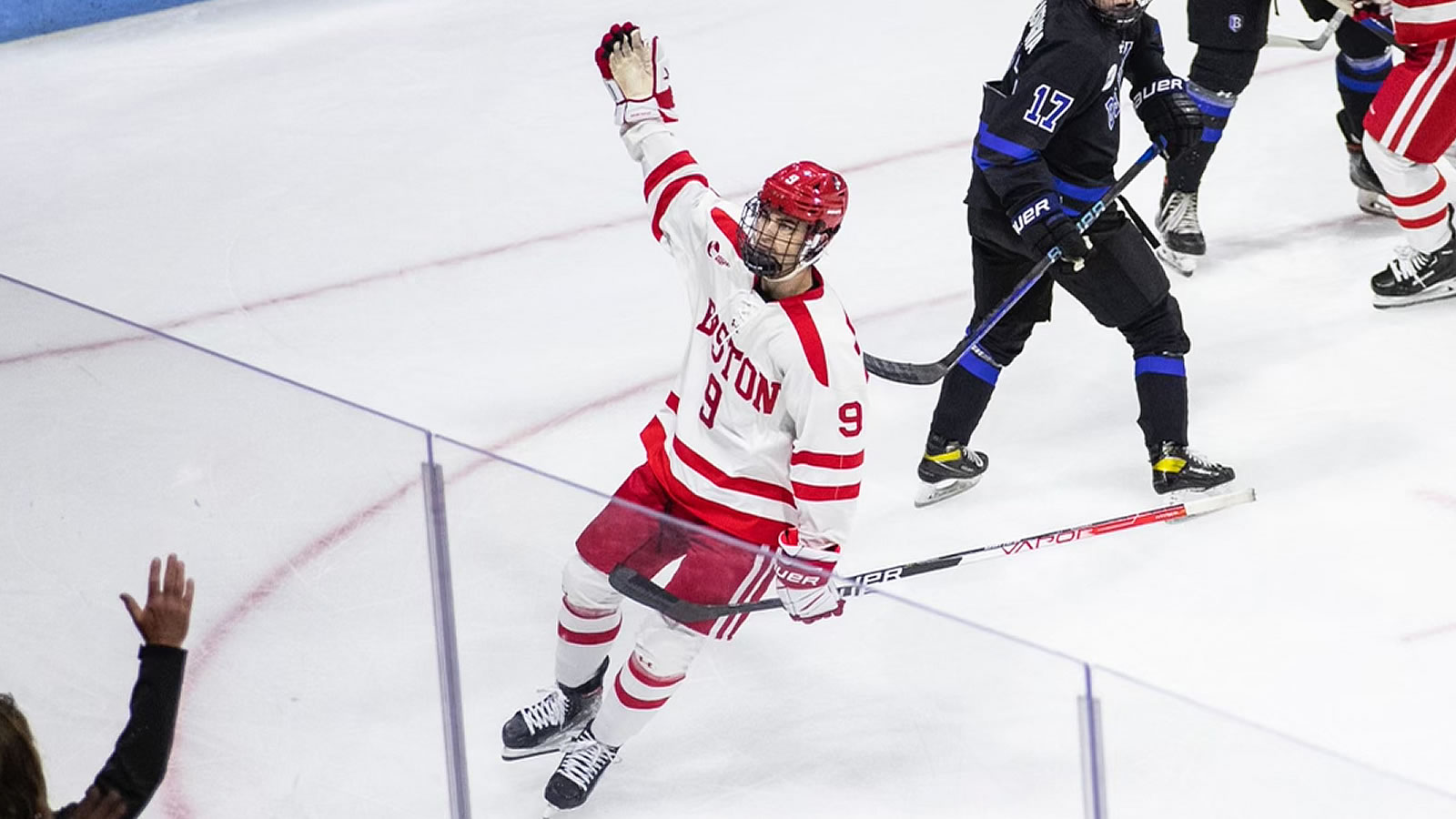 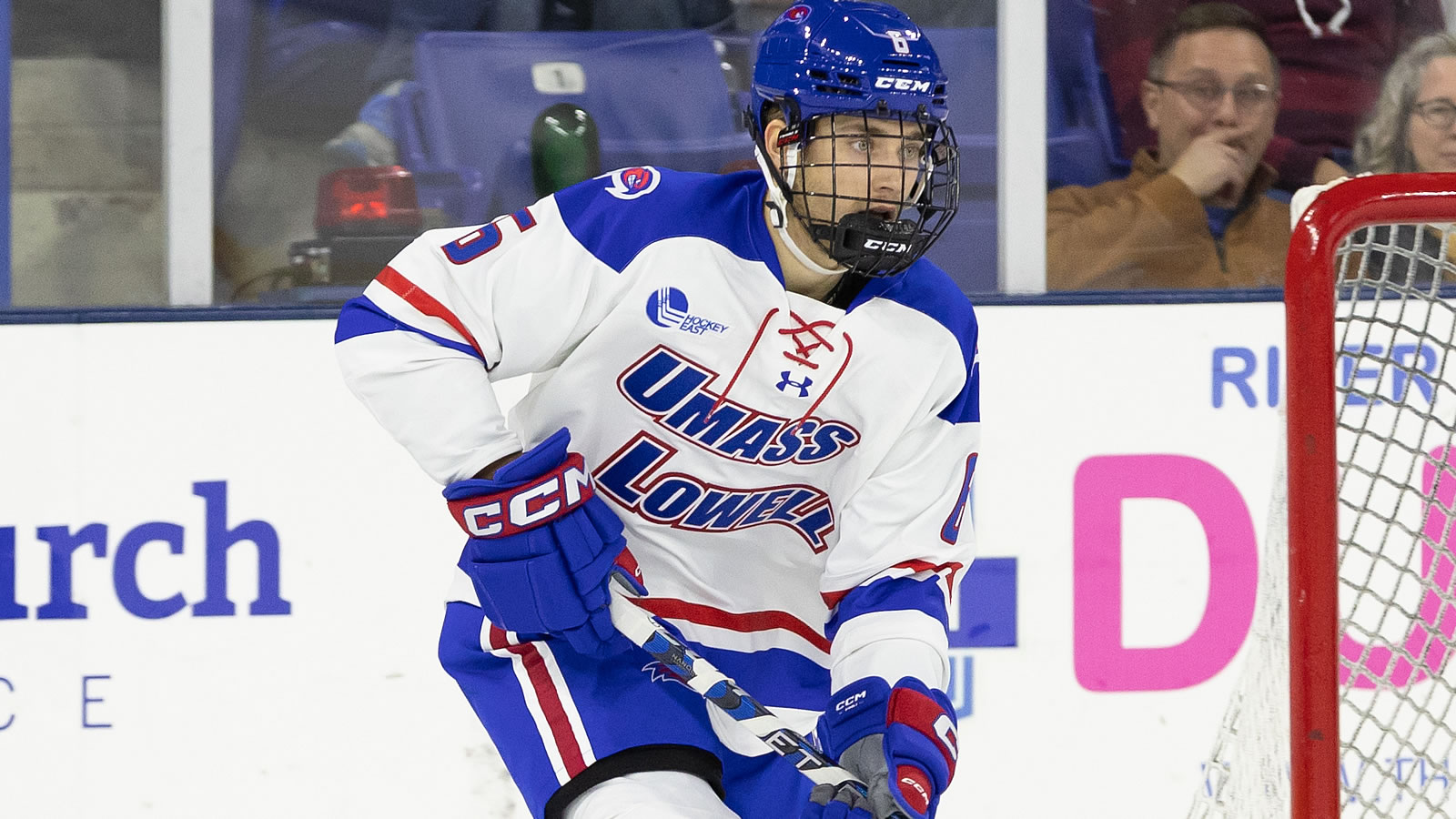 Isac Jonsson (So., D; Angelhom, Sweden) led the River Hawks in points during Saturdayâs 4-0 win over St. Lawrence as he picked up a goal and an assist while also registering a plus-two rating, three shots on goal, and one block. Jonssonâs goal marked the first of his career. 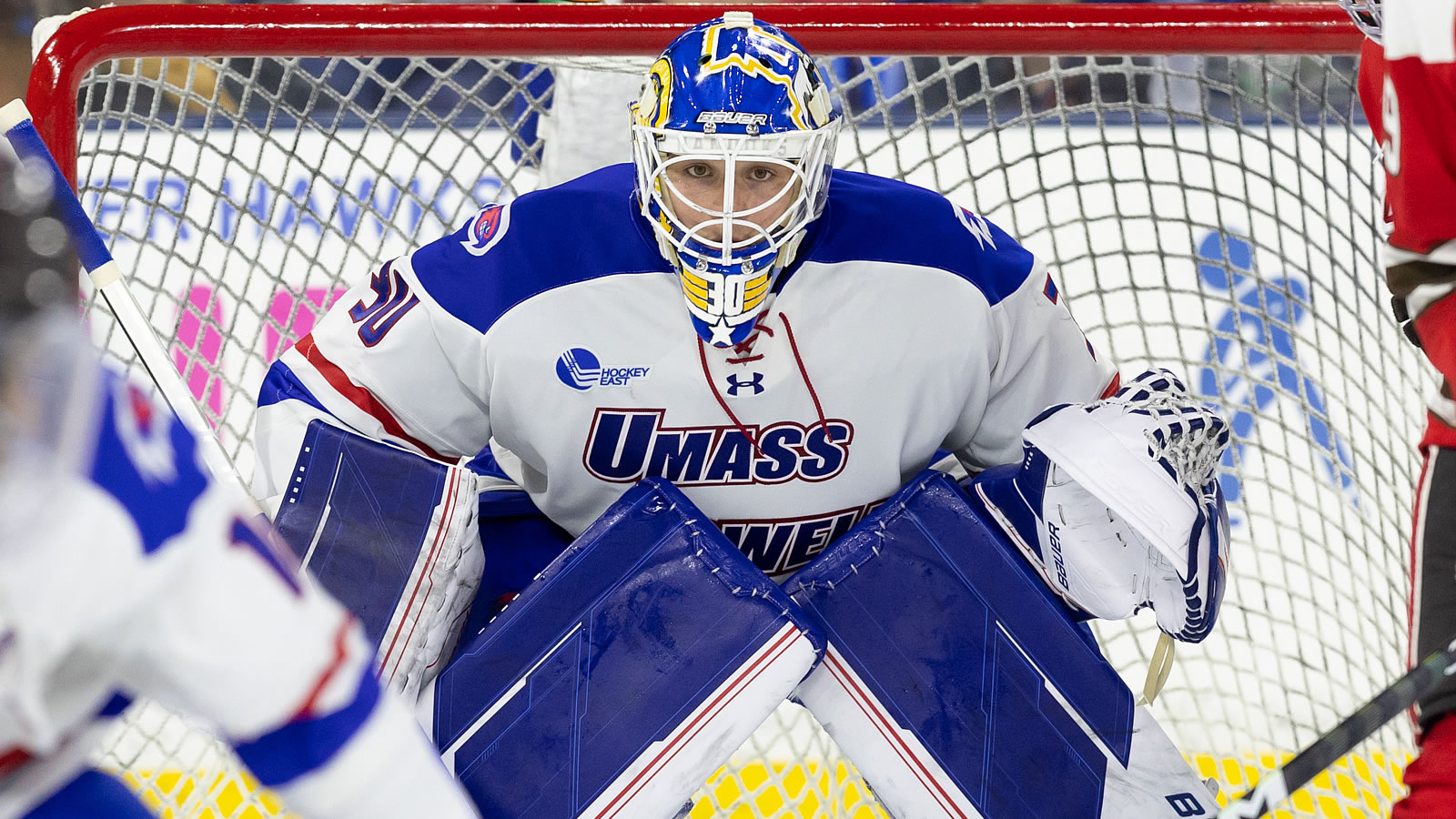 Gustavs Davis Grigals (Gr., G; Riga, Lativa) Backstopped the River Hawks to a 4-0 victory over St. Lawrence on Saturday night. Grigals logged 27 saves in the shutout to pick up the fifth blank sheet of his collegiate career and the first as a River Hawk. With his shutout, he becomes just the second River Hawk in program history to record a shutout in his program debut.

Jeremy Wilmer, BU (Fr., F; Rockville Centre, N.Y.) Tallied one goal and two assists for a three-point night in his Terrier debut. Wilmer had the primary assist on the gameâs opening goal and then provided an assist on the eventual game-winner before finding the back of the net himself. Wilmer is tied for first in the nation with three points.

Lane Hutson, BU (Fr., D; North Barrington, Ill.) In his collegiate debut, Hutson dished out three assists and finished as a plus-two in the Terriersâ 8-2 win over Bentley. Only two other players in the nation had more assists than Hutson this weekend.

Drew Commesso, BU (Jr., G; Norwell, Mass.) Was sharp in the Terriersâ 8-2 win over Bentley, making 22 saves. He helped BU hold the Falcons to an 0-for-6 mark on the power play.

Matthew Wood, UConn (Fr., F; Lethbridge, Alta.) Scored two goals, opening the scoring of each game of a two-game sweep at Vermont, and dished out an assist on another.

Tristan Fraser, UConn (Fr., F; West Vancouver, B.C.) Racked up three points on two goals and an assist in UConnâs sweep at Vermont. He set up the game-winning goal in a 3-1 victory on Sunday.

Arsenii Sergeev, UConn (Fr., G; Yaroslavl, Russia) In his NCAA debut, Stopped 24 of 25 shots faced to backbone the Huskies to a 3-1 road win at Vermont.

Vinny Borgesi, NU (Fr., D; Philadelphia, Pa.) In his first game for Northeastern, Borgesi solidified a 3-2 victory for the Huskies in overtime on Saturday night, earning a 3-2 win over LIU. From Northeasternâs defensive zone, Borgesi carried the puck, coast-to-coast, for a two-on-one before collecting himself for the goal. Credit to the freshman defenseman, Northeastern begins their season 1-0-0.