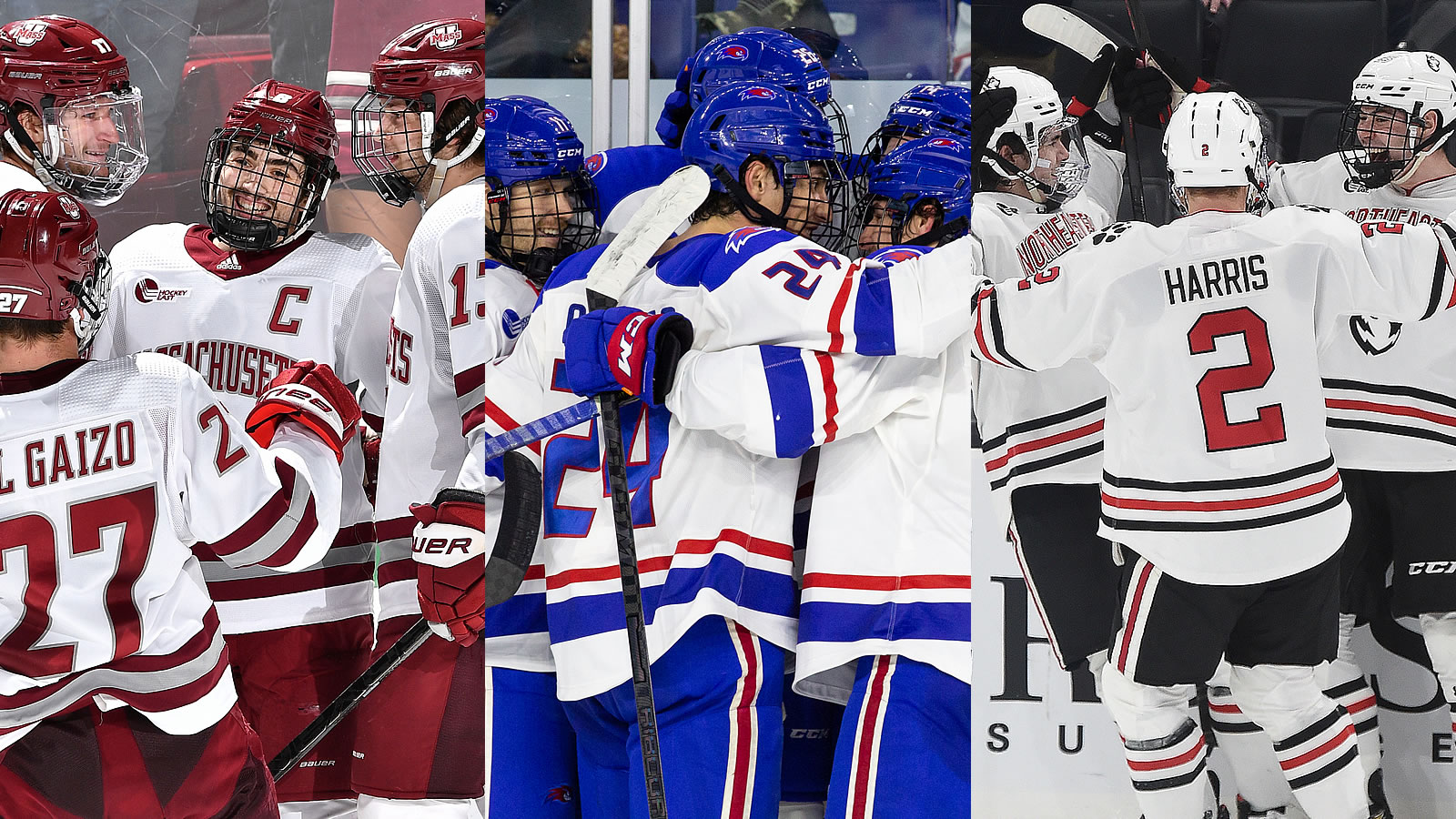 Hockey East will be represented in the 2022 NCAA Division I Menâs Ice Hockey Tournament by three member programs that include Massachusetts, UMass Lowell, and Northeastern, the NCAA announced today. Regional play begins Thursday, March 24 while the 2022 Frozen Four will be hosted by Hockey East at TD Garden in Boston on April 7 and 9.

Massachusetts, the reigning 2021 National Champion and two-time defending Hockey East Tournament champion, enters the National Tournament the third consecutive time and fourth in program history. UMass claimed the NCAA crown last season in Pittsburgh after a runner-up finish in 2019 in Buffalo. Massachusetts draws a date with Minnesota in Worcester, Massachusetts on Friday, March 25 at 6:00 p.m. and owns a record of 8-2 in the national postseason tournament.

Northeastern joins their Hockey East rivals in Worcester and will play the third-overall seed Western Michigan Friday at 12:00 p.m. The Huskies return to the National Tournament for the first time since 2019 and own a 1-6-0 record in six prior tournament appearances as a member of Hockey East.

UMass Lowell rounds out a trio of Hockey East teams vying for the 2022 NCAA title, traveling to Loveland, Colorado to take on Denver at 9:00 p.m. ET. The River Hawks have earned a berth in the National Tournament for the first time since 2017, taking an all-time 8-8-1 record into the postseason. The team made it all the way to the Frozen Four in 2014.