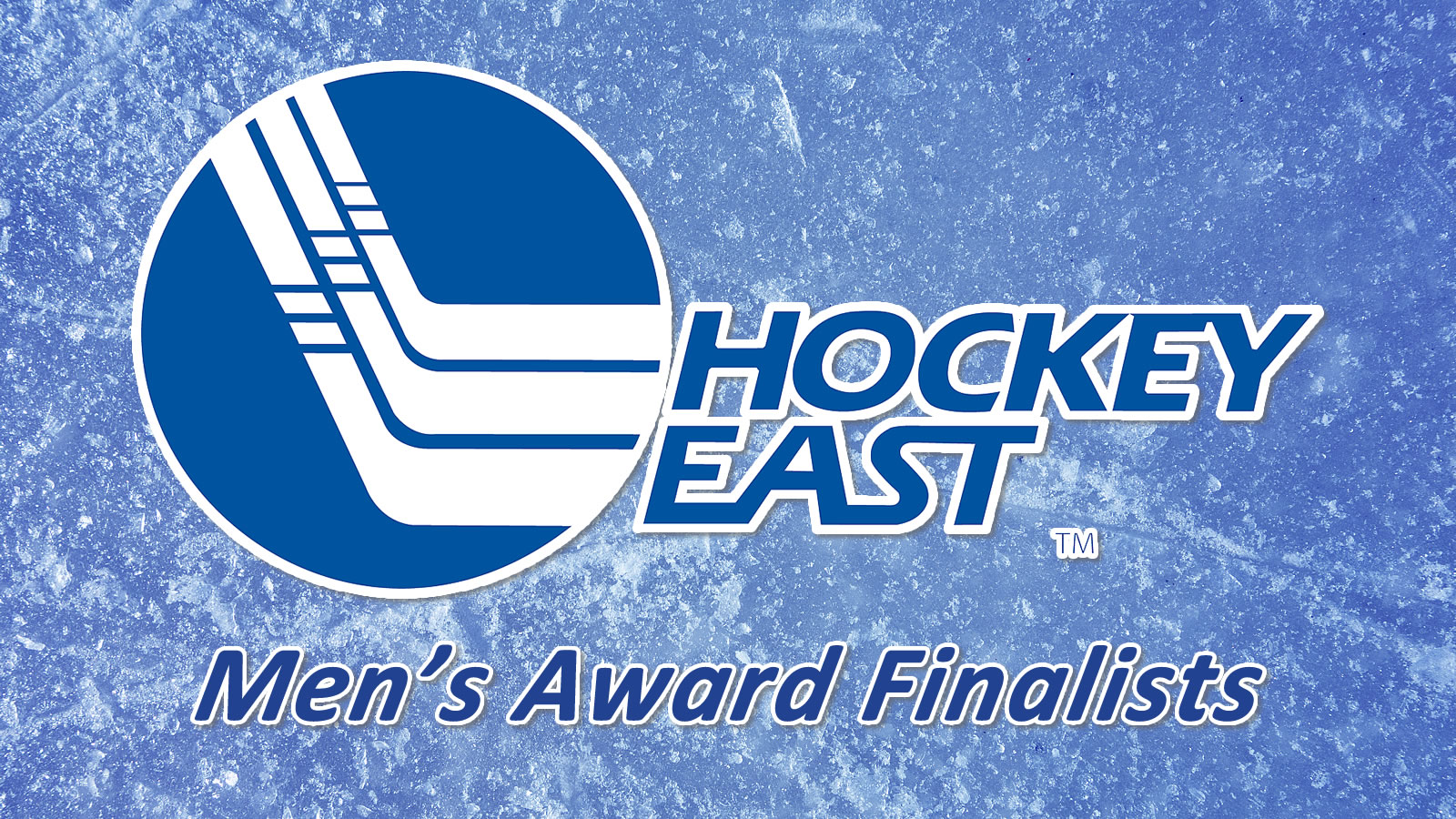 Hockey East Names Finalists for Player, Rookie, and Coach of the Year
Winners Will Be Named Ahead of 37th Hockey East Championship
PDF Format 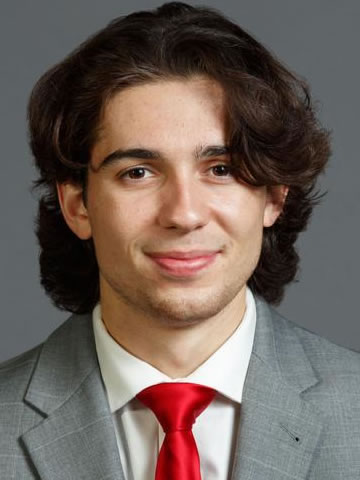 Levi, who was named a finalist for both Player of the Year and Rookie of the Year, looks to become the first player to win both awards since Boston Universityâs Jack Eichel in 2015. He posted a 12-6-1 record in 19 games for the Hockey East Regular Season Champion Northeastern Huskies, the first time the program captured the top seed in the Hockey East Menâs Tournament. Levi led all of Hockey East with a .951 save percentage and a 1.64 goals against average in his first collegiate season, posting the second-best save percentage in the history of the 38-year-old conference. He also tied for the league-lead with five shutouts, and his 588 saves were good for third in the league. Levi was the sole goaltender named to the Pro Ambitions All-Rookie Team, and one of two unanimous selections, as well as the All-Hockey East First Team and the recipient of the Stop It Goaltending Goaltender of the Year Award. Levi also took home the PNC Bank Three-Stars Award. Levi earned multiple in-season award, named Pro Ambitions Rookie of the Week four times, Hockey East Goaltender of the Week three times, Pro Ambitions Rookie of the Month in October and November, and National Rookie of the Month in November. Levi also represented Team Canada at the 2022 Olympic Winter Games in Beijing. 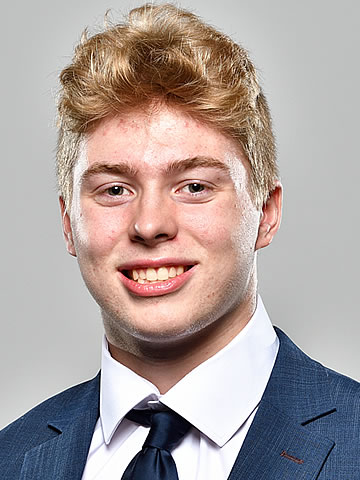 Morrow is a finalist for Pro Ambitions Rookie of the Year after a freshman campaign that saw him anchor a UMass defense to a second place regular season finish for the Minutemen. Morrow was an offensive force from the blue line, leading all Hockey East defensemen with 11 goals, 23 points, 69 shots on goal, and 0.96 points per game. Morrow also paced all first-year players in goals, points, shots, and points per game. His 33 overall points was good for the fourth-best mark among all defensemen in the NCAA and his plus-nine rating led all rookie skaters in Hockey East. Morrowâs three game-winning goals tied for second-best in the league and first among both rookies and defensemen. Morrow was named First Team All-Hockey East and was a unanimous selection to the Pro Ambitions All-Rookie Team. Morrow was named Pro Ambitions Rookie of the Week three times and Rookie of the Month in January. 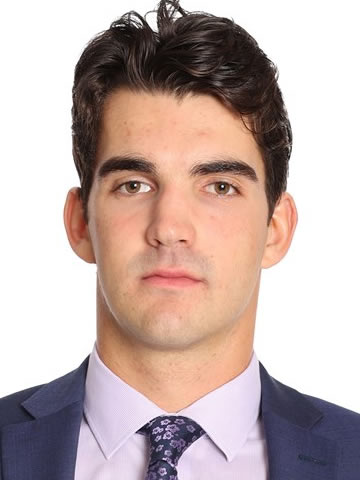 McBain is a finalist for Player of the Year after playing 14 conference games for Boston College this season, racking up 12 goals and four assists for 16 points. Hes 1.14 points per game was good for second-best in the league. The senior forwardâs 12 goals tied for fifth in the conference, despite playing 10 fewer games than most other players. His three game-winning goals tied for second in the league, and his four power-play strikes tied for fourth. McBain was named Hockey East Player of the Week twice this season and Hockey East Player of the Month for October. He was also voted to the All-Hockey East Second Team and represented Team Canada at the 2022 Olympic Winter Games in Beijing. 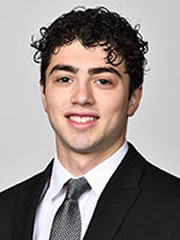 Trivigno is named a finalist for the Hockey East Player of the Year Award after captaining UMass to a 14-8-2 record and a second place finish in the Army ROTC Hockey East Standings. He was the lone unanimous selection to the All-Hockey East First Team and his 45 overall points are fifth in the NCAA. Trivigno finished the season with 32 points in conference play, six more than the next closest competitor, to earn the title of 2021-22 Hockey East Scoring Champion. Trivignoâs 1.33 points per game also led all skaters in Hockey East. His 14 goals and 18 assists were marks that were both good for second in the conference, and he paced all players with 85 shots on goal on the season. He was recognized as the Hockey East Player of the Week on February 7 and Hockey East Player of the Month for February. He posted at least one point in 27 of his 34 games and had 13 multi-point games. 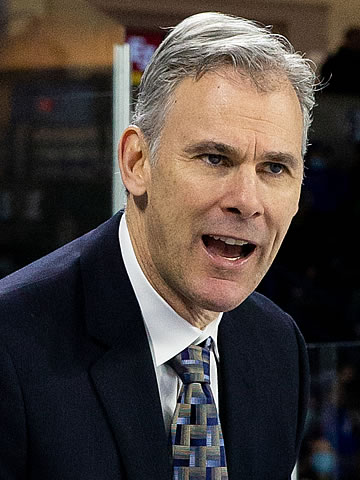 Bazin is named a finalist for the Bob Kullen Award after a season that saw UMass Lowell finish tied for sec- ond in the Army ROTC Hockey East Standings with a 15-8-1 record for 46 points as he returns his team to the Hockey East semifinals for the seventh time. The River Hawks found themselves at or near the top of the standings consistently throughout the season, highlighted by a league-high nine-game unbeaten streak stretching over October and November. That run included five straight wins in Hockey East play. UMass Lowellâs defense held opponents to just 48 goals on the season, second-best in the league. The River Hawksâ penalty kill was particularly strong, killing off penalties at a 81.6% clip while scoring a league-high five shorthanded goals. They also allowed the second-fewest shots against in Hockey East, with just 636 shots allowed in 24 games. 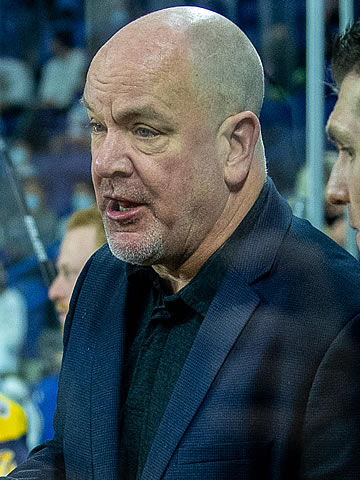 Borek is a finalist for the Bob Kullen Award after Merrimack finished the regular season tied for four place in the Army ROTC Hockey East Standings with 41 points after going 13-11-0. His teamâs 19 overall wins and 13 victories in league play surpassed its preseason poll ranking as the Warriors were in contention for the regular season title until the final weekend of play. The Warriorsâ offense led the way, as they finished the season with the third-highest scoring offense in Hockey East with 70 goals on the season. The Merrimack power play converted at a league-high 26.7% rate while its 53.9% face off winning percentage was second-best in Hockey East games. 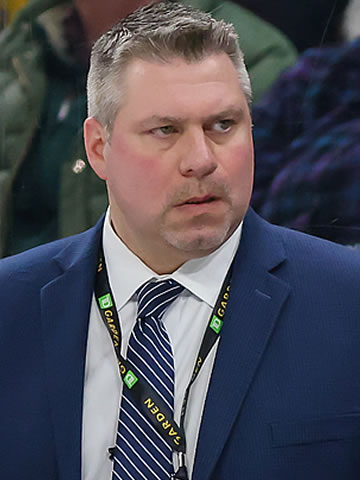 Keefe earned a nomination for the Bob Kullen Award presented by Bauer after leading Northeastern to the Hockey East Regular Season Championship in his first year at the Huskiesâ helm, posting a 15-8-1 record for 47 points in conference action. Northeastern allowed the fewest goals of any team in Hockey East, with just 46 goals allowed on the season, while the offenseâs 107 overall goals scored was second-most of any league program. Northeastern also killed penalties at the highest clip of any team this season, with a league-leading 89.3% success rate, which was third-best in the NCAA. Keefe seeks to become just the second first-year head coach to win the award after Dick Umile did so in his first year as a head coach in 1990-91 with New Hampshire.