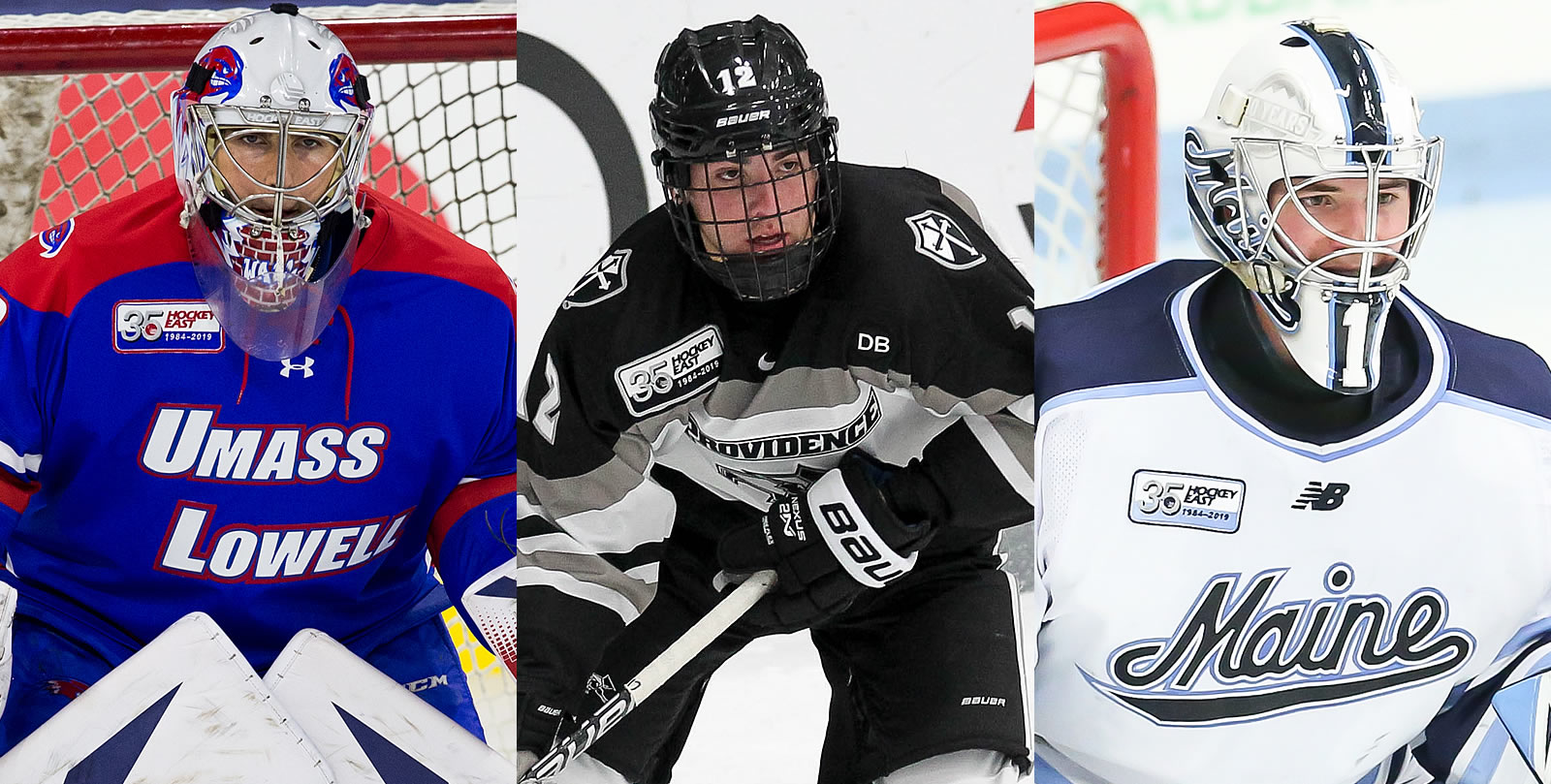 UMass Lowell swept UConn in league play to improve to 3-3-1 in the Army ROTC Hockey East Standings. Junior netminder Tyler Wall (Leamington, Ont.) picked up a pair of victories for the River Hawks, including a 28-save shutout on Saturday in a 3-0 win.

Maine earned a weekend road split at Boston University as Jeremy Swayman (Anchorage, Alaska) stopped a total of 79 saves against the Terriers. Chase Pearson (Alpharetta, Ga.) scored two goals and chipped in two assists on the weekend for the Black Bears, while BU's Bobo Carpenter (North Reading, Mass.) netted a goal in each game.

Northeastern moved to 4-1-1 in league play, and 7-3-1 overall, with a 1-0 victory at Vermont on Friday. Cayden Primeau (Voorhees, N.J.) pitched his second shutout of the season with a 26-save performance for the Huskies. It was the sixth blank sheet of his career in just 45 games, moving into fourth all-time at Northeastern. 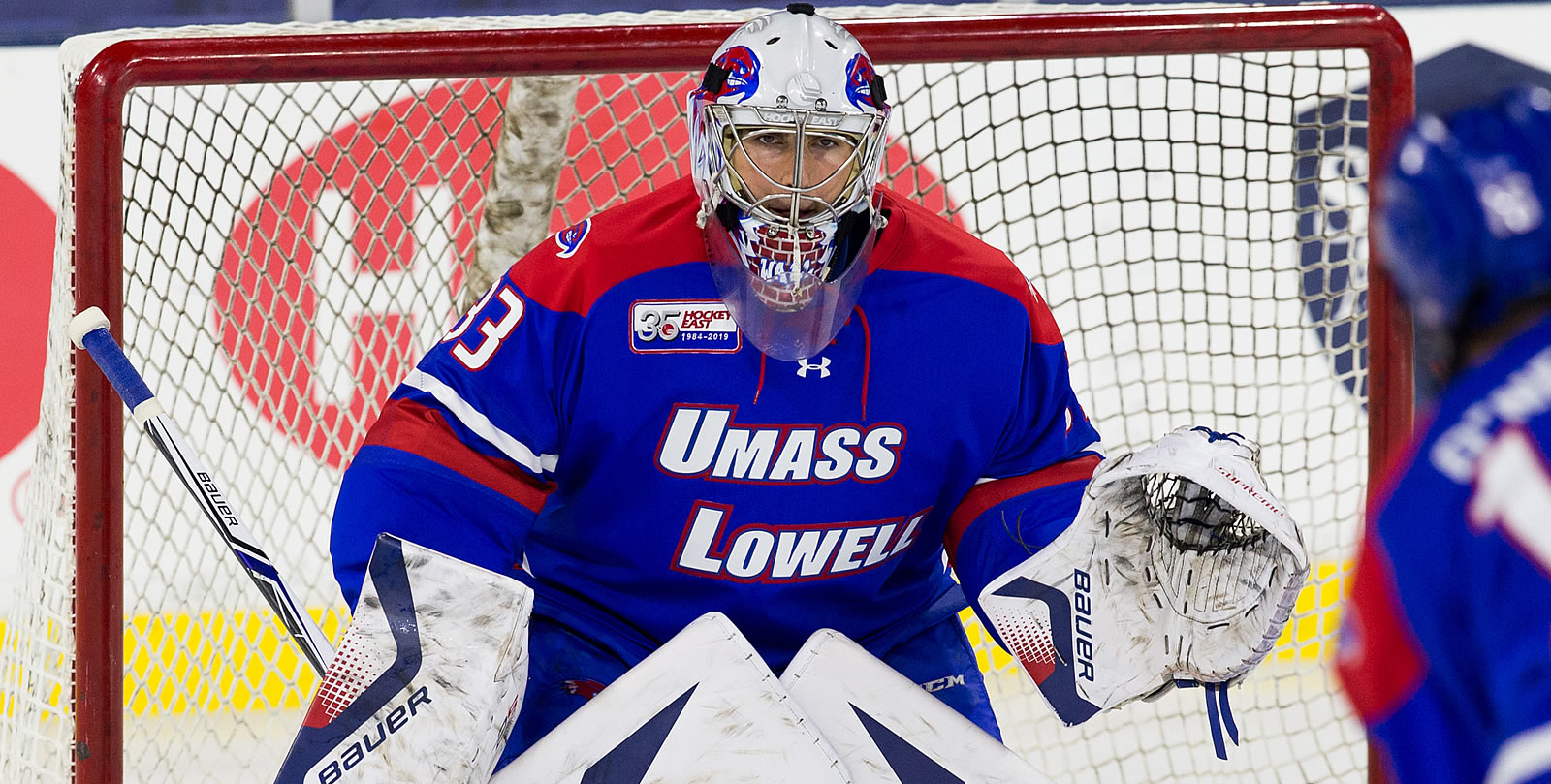 Tyler Wall (Jr., G; Leamington, Ont.) backboned UMass Lowell to a sweep of league foe UConn by stopping 66 of 68 shots he faced from the Huskies. He saved 38 pucks in a 5-2 road victory on Friday before turning in a 28-save shutout on Saturday in a 3-0 win. 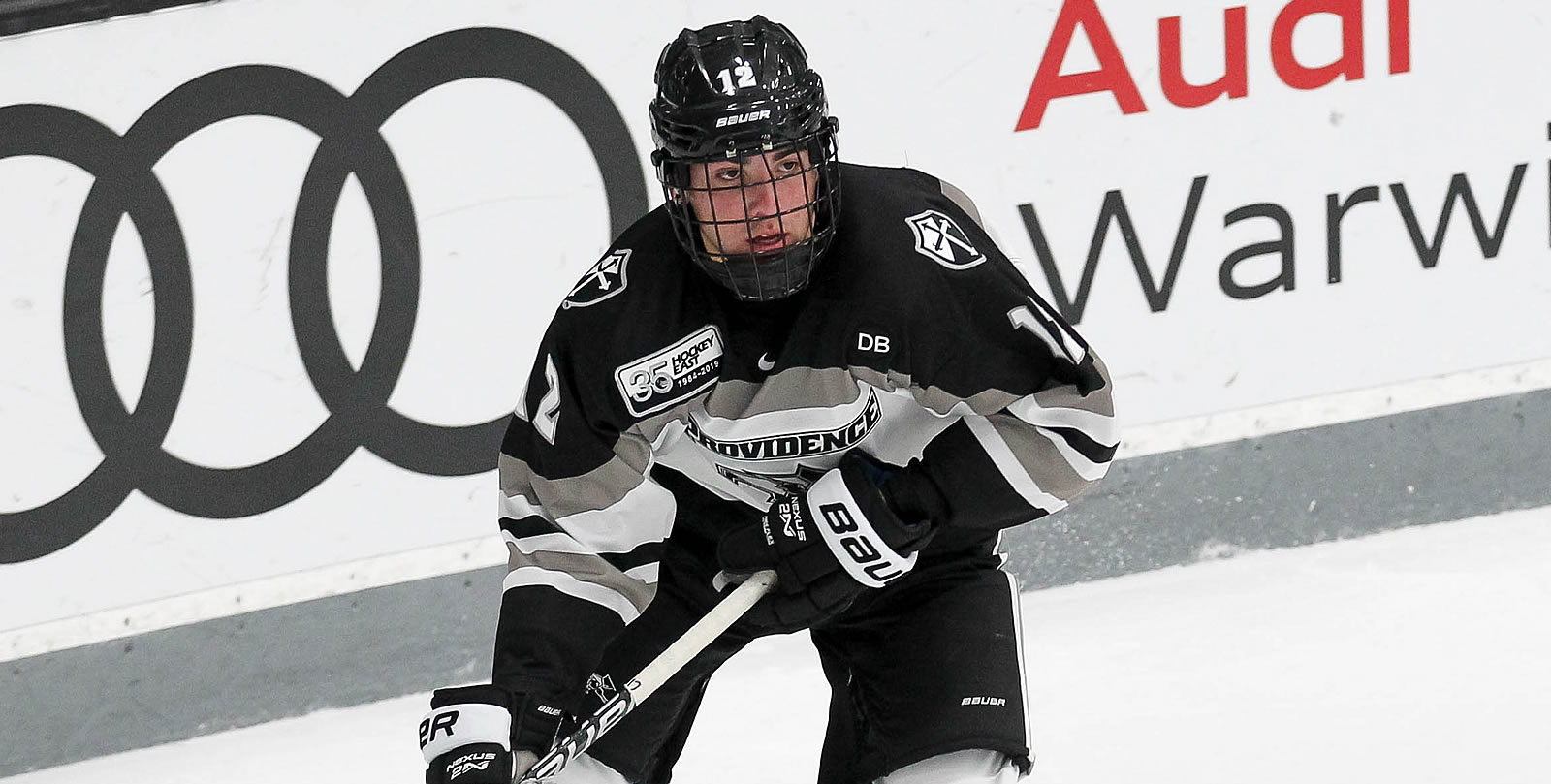 Jack Dugan (Fr., F; Rochester, N.Y.) paced the league with five points (2g, 3a) in a pair of wins against Merrimack over the weekend. He netted the game-winning tally on Friday night before following up with a three-point outing (1g, 2a). Dugan currently leads all first-year players in the NCAA with 14 points (5g, 9a), 12 (5g, 7a) of which have come in Hockey East league games. 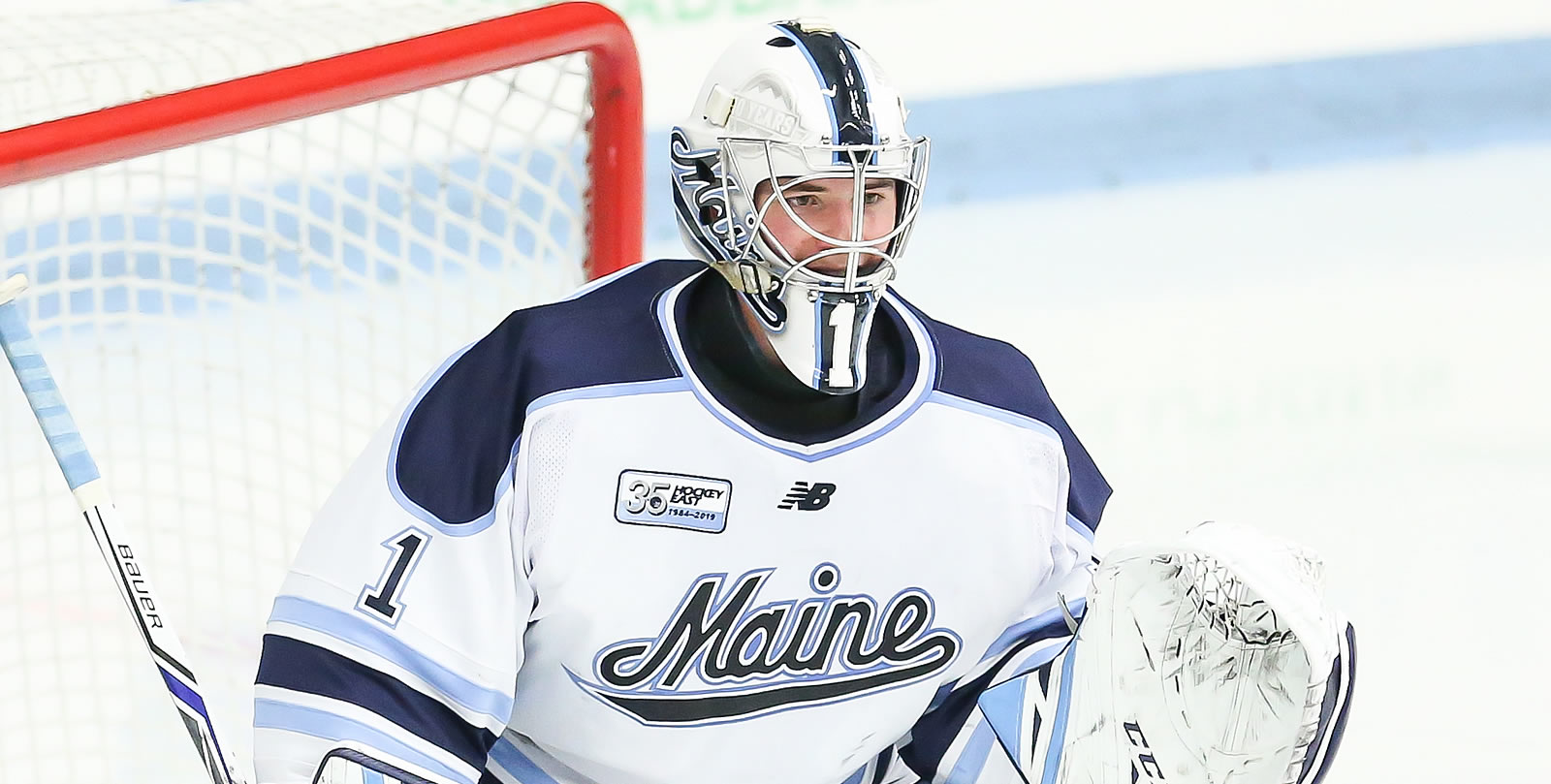 Jeremy Swayman (So., G; Anchorage, Alaska) stopped a total of 79 saves at Boston University, earning a weekend split for the Maine Black Bears. He kicked out 39 shots in a 3-2 setback on Friday before stopping an even 40 the next night in a 3-1 win. It marked the third time on the season he saved 40 or more shots.

David Cotton, BC (Jr., F; Parker, Texas) Pushed his career-high goal-scoring streak to four with the game-tying goal on Friday against New Hampshire, helping Boston College climb out of a two-goal deficit to earn a 2-2 draw.

Jack McBain, BC (Fr., F; Toronto, Ont.) Netted his first collegiate goal in the third period on Friday in a 2-2 stalemate with New Hampshire.

David Farrance, BU (So., D; Victor, N.Y.) Potted the game-winning strike on Friday with just 1:11 left in regulation against Maine on Friday.

Chase Pearson, ME (Jr., F; Alpharetta, Ga.) Scored two goals and chipped in two assists in a weekend split at BU, including two strikes and one helper in Saturday night's 3-1 victory, including the game-winning goal.

John Leonard, UMass (So., F; Amherst, Mass.) Registered his fifth multi-point game of the year and his fifth in six Hockey East games with a three-point outing (1g, 2a) in a 4-2 win over UNH on Sunday, including a helper on the game-winning goal.

Cale Makar, UMass (So., D; Calgary, Alta.) Recorded one goal and one assist in two games this weekend for UMass, helping the Minutemen improve to 10-1-0 on the year.

Jackson Pierson, UNH (Fr., F; Zionsville, Ind.) Posted one goal and one assist in two outings on the week. The rookie scored a goal in a 2-2 draw at Boston College and assisted on a tally in a 4-2 loss at #4 UMass. He currently rides a four-game point streak (2g, 2a).

Cayden Primeau, NU (So., G; Voorhees, N.J.) Pitched his second shutout of the season with a 26-save performance in a 1-0 victory at Vermont on Friday night. It was the sixth blank sheet of his career in just 45 games, moving into fourth all-time at Northeastern.

Kasper Bjorkqvist, PC (Jr., F; Espoo, Finland) Potted a league-best three goals last week, including two in a 7-2 road win at Merrimack on Friday and added another tally and an assist in Saturday's 7-5 victory. He finished the weekend with four points (3g, 1a) a plus-two rating and eight shots on net.