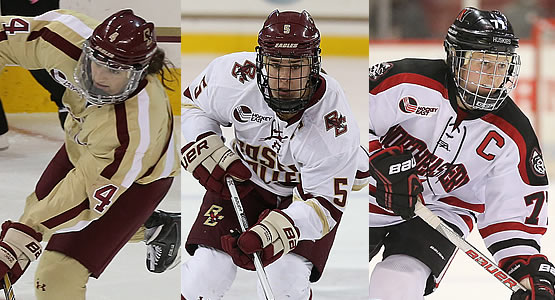 Of the 17 honorees selected to the 2015-16 All-Star Team and honorable mention list, 15 can be seen in action this weekend at the 2016 Women's Hockey East semifinals and championship at Lawler Rink on the campus of Merrimack College. Semifinal games are set for Saturday (March 5) at 1:30 p.m. and 4:30 p.m. and can be streamed live on HockeyEastOnline.TV. The championship game will be aired live on American Sports Network Sunday (March 6) at 1:30 p.m. and can be seen locally on NESN on tape delay at 5 p.m.