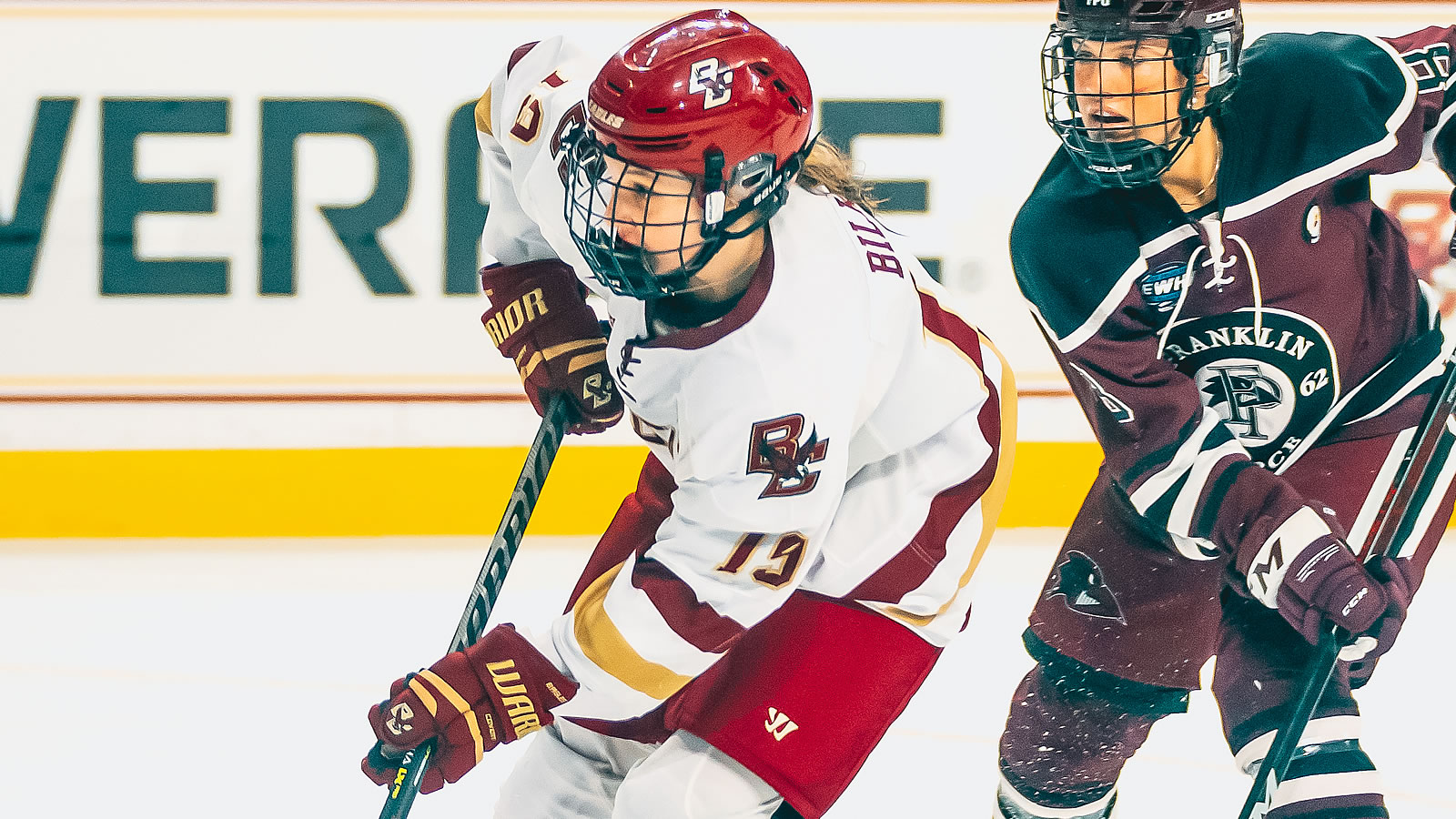 Boston College earned a 4-1 win over Franklin Pierce thanks in part to Hannah Bilkaâs two-point (1g, 1a) outing. Abigail Levy finished with 17 saves in BCâs season-opening win, including nine in the second period alone. She tallied her 3,000th career save with her 15th stop of the contest.

Providence split a weekend series against St. Lawrence. Freshman forward Reichen Kirchmair made her collegiate debut with a bang, scoring the overtime dagger in Friday nightâs 3-2 win for her first NCAA tally.

New Hampshire took a split series against Union, riding 25 saves from Nicky Harnett to a 5-2 win on Saturday. Harnett stopped all 15 shots in the third period to hold off the pressing Dutchwomen and secure the win.

UConn swept a weekend series over RIT, claiming a 3-0 win on Friday and a 3-2 win on Saturday. Tia Chan and Camryn Wong returned from a year with Team China for the Olympics to pitch a 30-save shutout and score the game-winning goal, respectively, on Friday.

Hannah Bilka (Sr., F; Coppell, Texas) Tallied one goal and one assist and a game-high seven shots on goal in BCâs season-opening win over Franklin Pierce. It was her 23rd career multi-point game and she picked up her 50th career assist, just the 30th player in BC history to do so. She finished as a plus-two on the game. 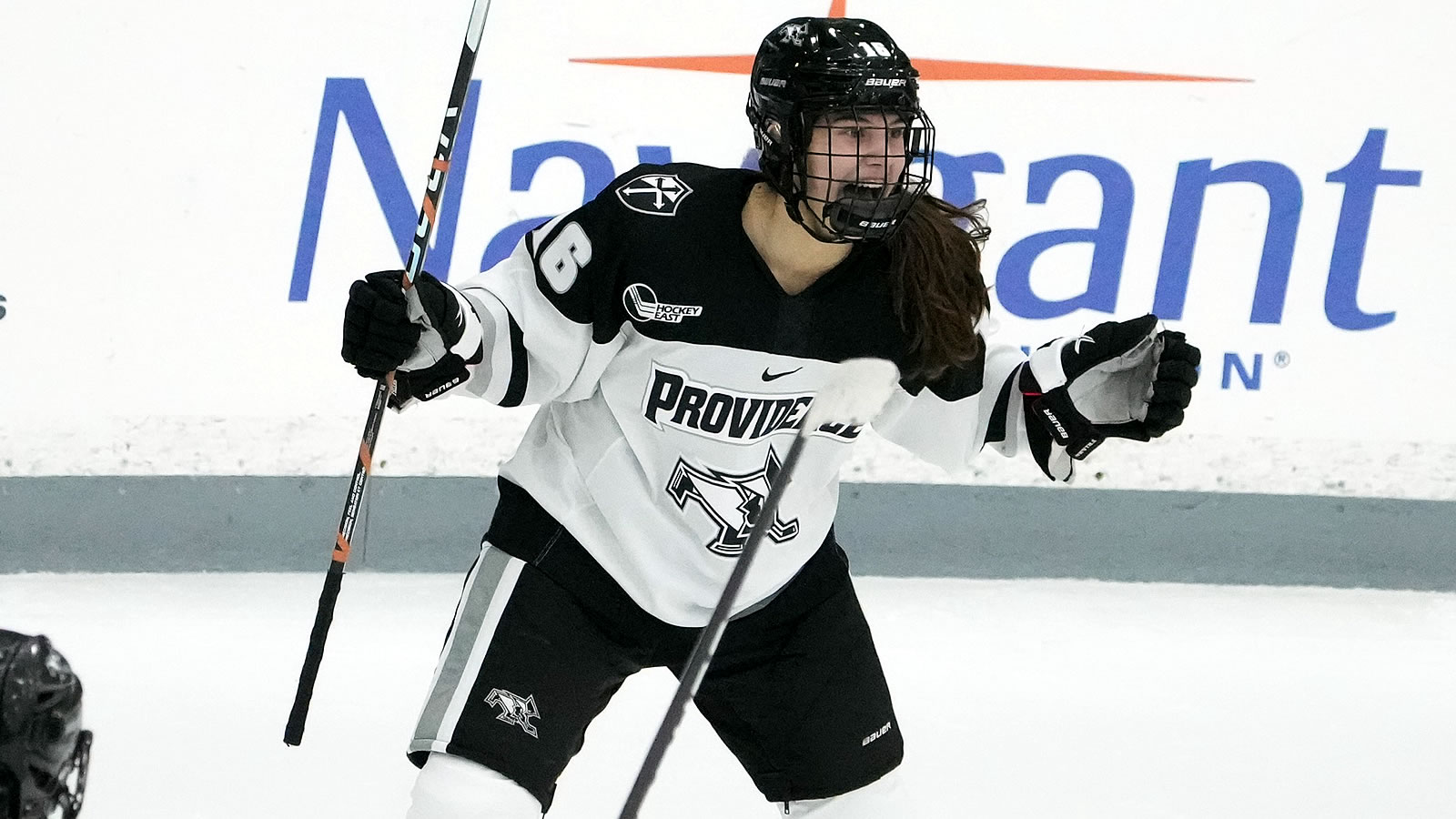 Reichen Kirchmair (Fr., F; Oakville, Ont.) Totaled two points this past weekend, a goal and an assist. Reichen scored her first career goal on Friday night, an overtime tally to lift the Friars over St. Lawrence, 3-2 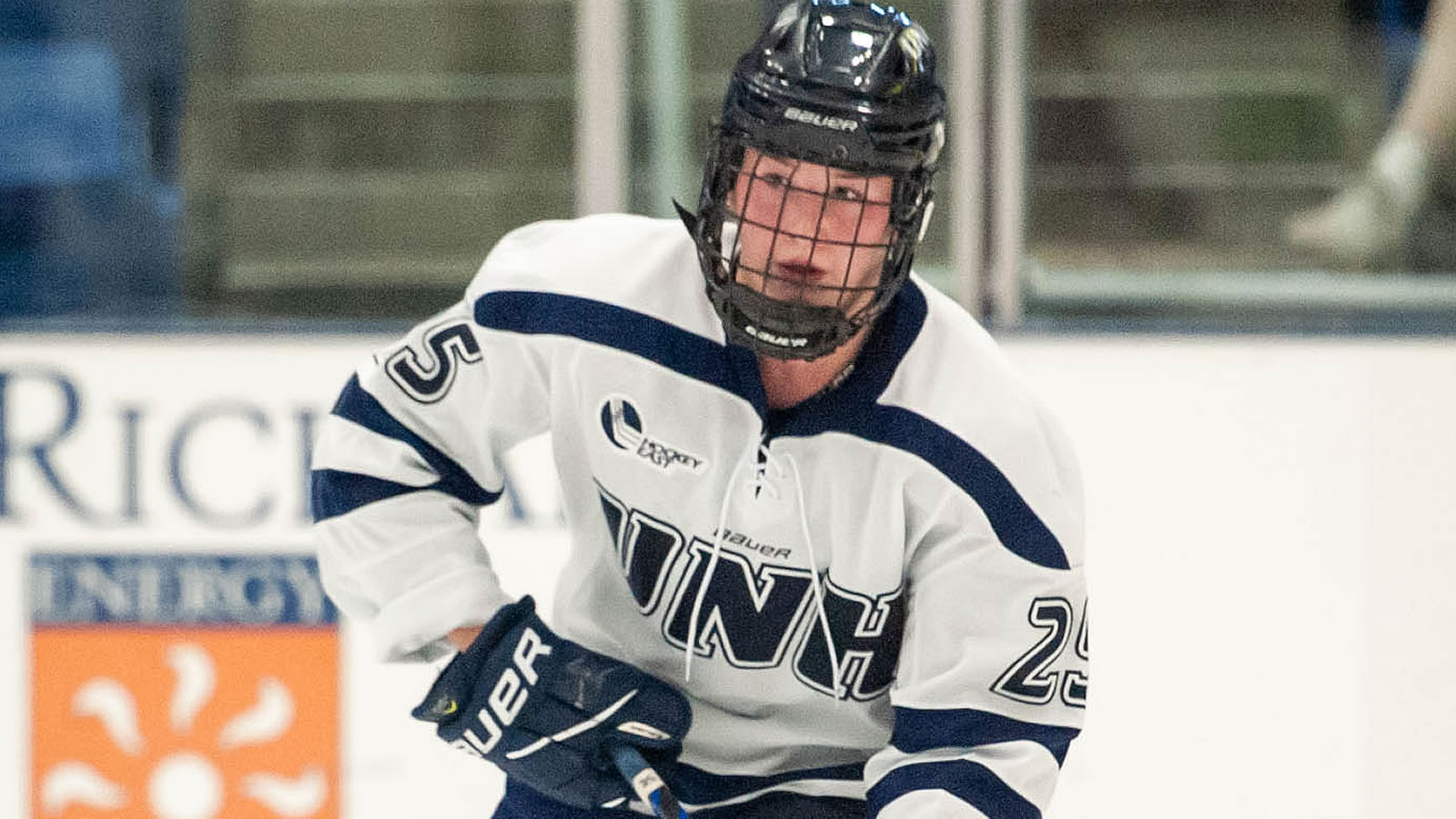 Emily Rickwood (Gr., D; Brantford, Ont.) Recorded a goal and eight blocked shots in UNHâs split weekend with Union. In Saturdayâs game, she carried the puck from the defensive blue line into the attack zone before wristing a shot into the cage to give UNH a 1-0 lead just 62 seconds into the game. She finished that game with two blocked shots and an even rating. In Fridayâs season opener, Rickwood led all skaters with six blocks. 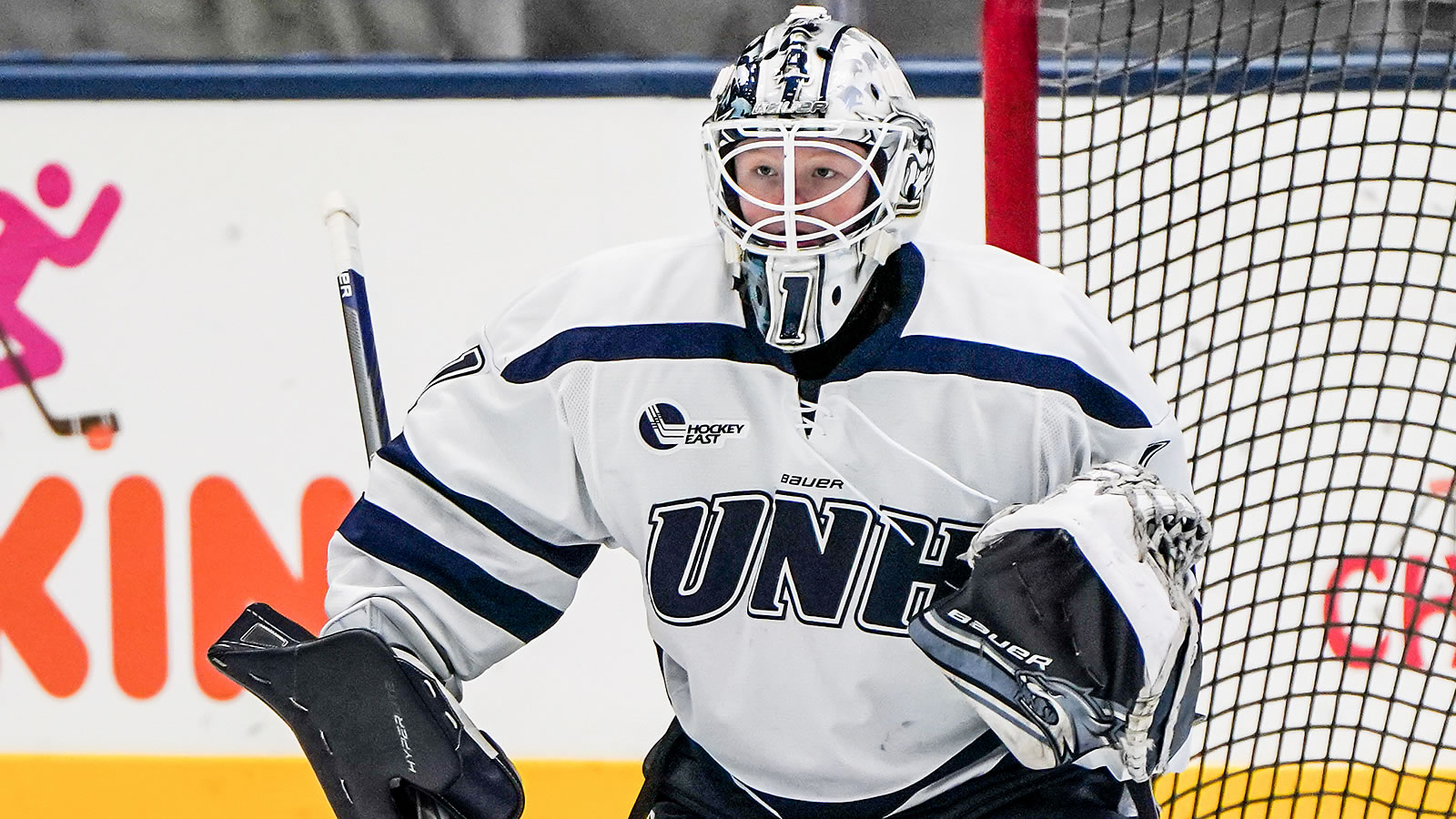 Kate Ham, BC (Fr., F; Hingham, Mass.) Scored the game-winning goal and the first goal of her career in BCâs season-opening win over Franklin Pierce. She registered two shots on goal and one blocked shot. C

Cayla Barnes, BC (Sr., D; Eastvale, Calif.) Tallied one goal and one assist and three shots on goal in BCâs season-opening win over Franklin Pierce on Saturday.

Abigail Levy, BC (Gr., G; Congers, N.Y.) Finished with 17 saves in BCâs season-opening win over Franklin Pierce, including nine in the second period alone. She tallied her 3,000th career save with her 15th stop of the contest.

Ida Kuoppala, ME (Sr., F: Pedersore, Finland) Scored Maineâs first goal of the game against Quinnipiac on Friday and set up the Black Bearsâ second goal for a two-point outing.

Brianna Brooks, UNH (Jr., F; Whitby, Ont.) Tallied a team-high three points in a weekend split against Union. She recorded an assist in the season-opener and then matched her personal bests in both assists and points with two assists in Saturdayâs 5-2 victory. Brooksâ other stats included 18 faceoff wins, three shots, one blocked shot and plus-three rating.

Kelly Harty, UNH (Fr., F; Billerica, Mass.) Made her collegiate debut and recorded one assist, two shots and a plus-one rating in UNHâs 5-2 win over Union. Harty earned the assist on UNHâs fourth goal of the game, which gave the Wildcats a 4-0 lead just 22 seconds after scoring the third goal.

Caroline Peterson, PC (Gr., F; East Falmouth, Mass.) Over the opening weekend for the Friars, Peterson had two goals for Providence against St. Lawrence on six shots on goal. She was a crucial piece in the Friars win on Friday, tying the game at 1-1 early in the second period and helping PC to a 3-2 overtime win.

Maddy Skelton, UVM (Jr., F; Isanti, Minn.) Dished out two assists to help the Catamounts kick off 2022-23 with a 6-0 exhibition victory over Ottawa.