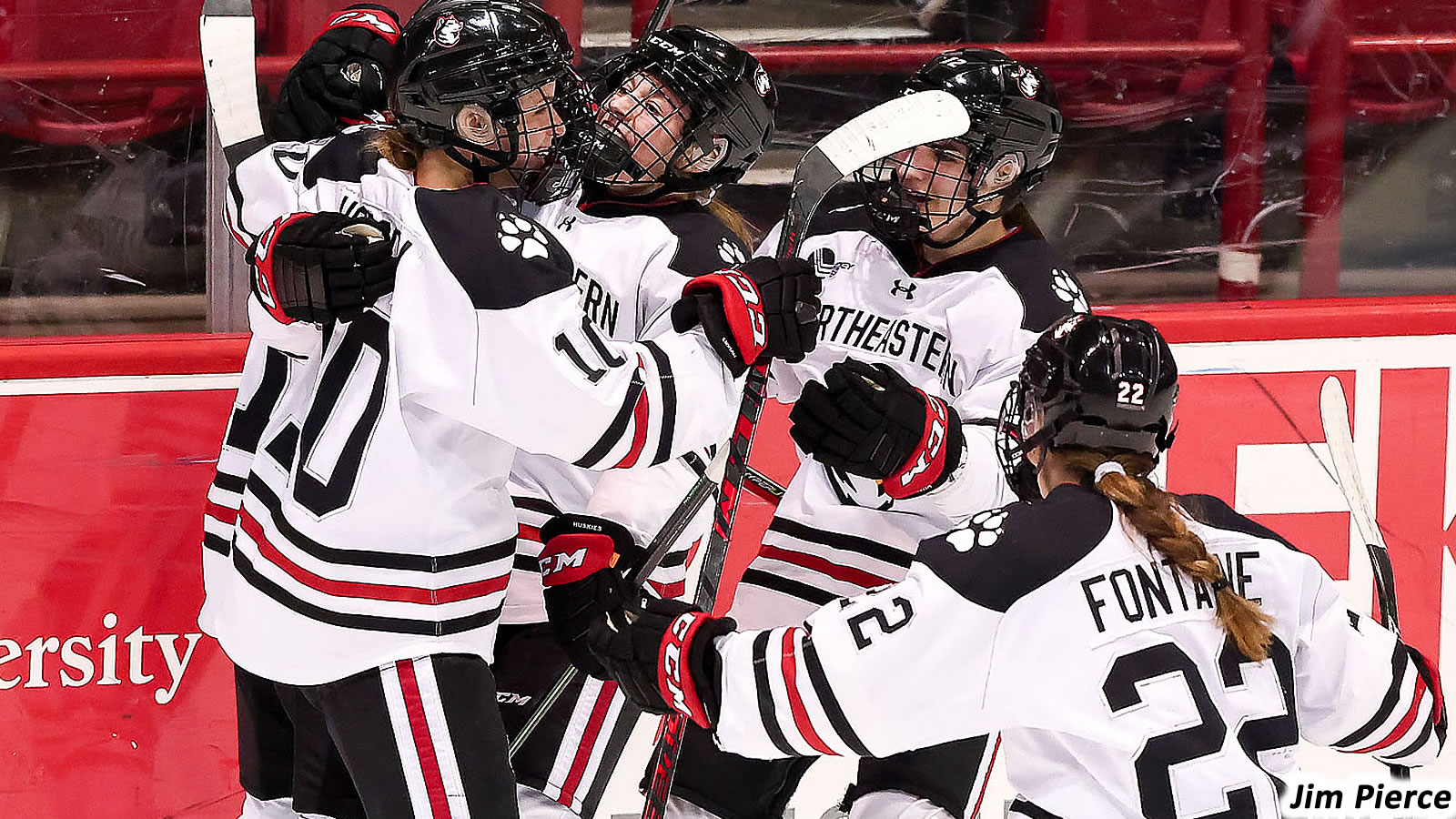 AMESBURY, Mass. - Northeastern University, the five-time defending Hockey East Tournament champion, has earned its fifth consecutive bid into the National Collegiate Womenâs Ice Hockey Championship. The Huskies were granted the number three overall seed and will host a Regional, playing the winner of Wisconsin and Clarkson on March 12 at 1:00 p.m. A full tournament schedule can be found in the attached release.

The 2022 field, expanded to 11 teams for the first time ever, has seeded the top five teams and is rounded out by top overall seed and WCHA champion Ohio State, Minnesota, ECAC champion Colgate, and Yale, who all advance automatically to the quarterfinals, and Quinnipiac, Syracuse, Wisconsin, Clarkson, Minnesota Duluth, Harvard

The Huskies (30-4-2/21-3-2 HE) earned an automatic bid into the National Tournament after claiming the schoolâs fifth consecutive Hockey East Womenâs Tournament title Saturday, 3-1, over UConn at home in Matthews Arena. It marks the sixth time that Northeastern has earned a berth in the National Tournament and its fifth straight trip to the national postseason after claiming Hockey Eastâs automatic bid in each of those seasons. The Huskies have secured a top-four seed for the fourth year in a row, drawing a quarterfinal contest with either Wisconsin or Clarkson on March 12.

Last season, Northeastern advanced to their first-ever Frozen Four, eventually reaching the national championship game at Erie Insurance Arena in Erie, Pennsylvania. The Huskies finished as runner-ups after falling in overtime to Wisconsin.

The 2022 National Tournament games begin on March 10. The Frozen Four will take place at Pegula Ice Arena in University Park, Pennsylvania with the semifinals on March 18 and the national title game on March 20.