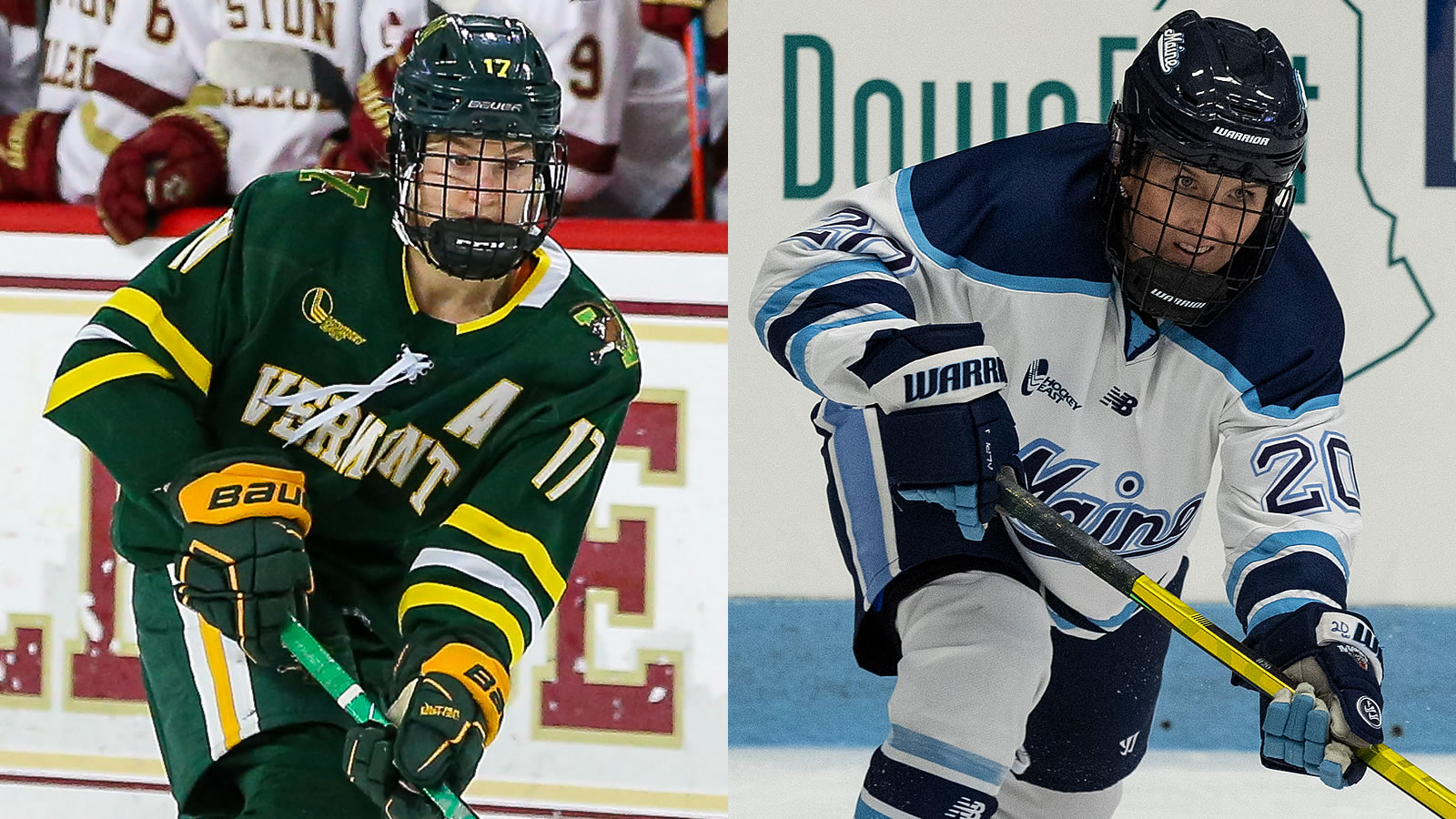 The two most crucial series of the weekend proved to be Maineâs sweep of New Hampshire and Boston Universityâs two-game set with Providence. With eight of the 10 seeds locked up entering the final regular season game of the season, the Friars played spoiler by taking two points from the Terriers and knocking BU into the sixth spot in the Army ROTC Hockey East Standings. At the same time, Maineâs six points, powered by two goals and three assists from Celine Tedenby, secured the fifth seed for the Black Bears.

Northeasternâs Skylar Fontaineâs 36 assists lead the nation. She finished the regular season with 29 assists in league play, the most ever in a single-season by a Hockey East defender. She ends her career with records for most career goals (35), assists (82), points (117), and single-season assists (29) in conference action by a league blueliner.

Theresa Schafzahl (Sr., F; Weiz, Austria) had three goals and two assists as the Catamounts earned five points at Boston College on the final weekend of the season to secure the second seed in the Hockey East Tournament. Schafzahl also scored in the shootout Friday night at BC. With two goals and an assist Saturday she became UVMâs all-time single season leader in goals (23) and points (43).

Celine Tedenby (Sr., F; Ornskoldsvik, Sweden) potted a pair of goals in a 4-1 victory over rival UNH on Friday and followed up with three assists in a 5-0 victory on Saturday for a total of five points on the weekend. Her offensive output helped Maine secure the five seed in the Hockey East Tournament.

Callie Shanahan (Fr., G; Commerce, Mich.) made 42 saves in a fantastic performance at Providence, helping BU earn a 1-1 tie. Shanahan made several key stops, including one on a point-blank, wide-open chance in front of the net with about a minute remaining in overtime. 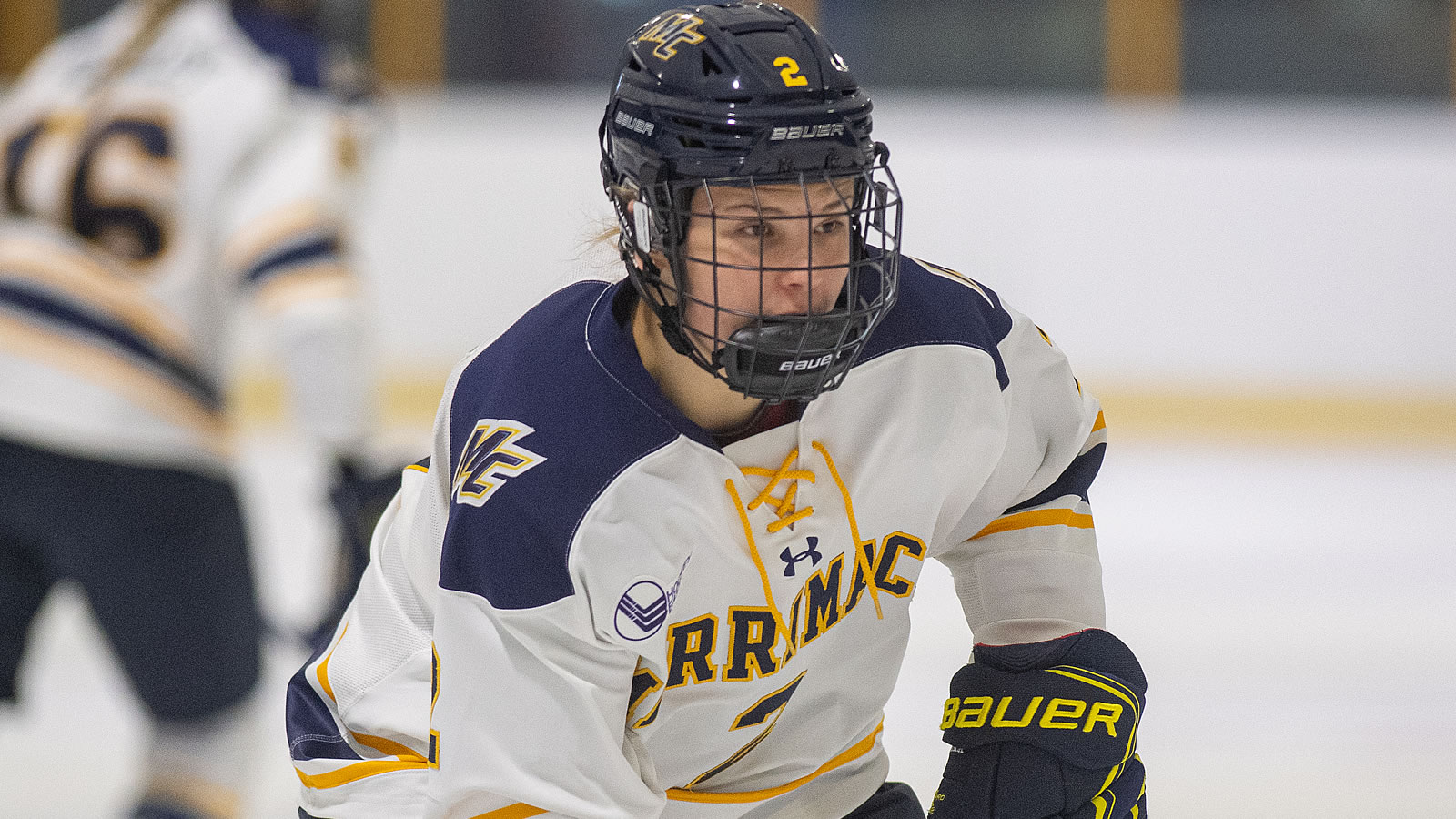 Teghan Inglis (Jr., D; Okotos, Alta.) was key for Merrimackâs weekend sweep. She had a three point weekend, notching two goals in Fridayâs game to take over the team goal lead with 12 tallies on the year. She also notched a primary assist on the teamâs second goal in Saturdayâs contest. This is her third three-point weekend of the season. 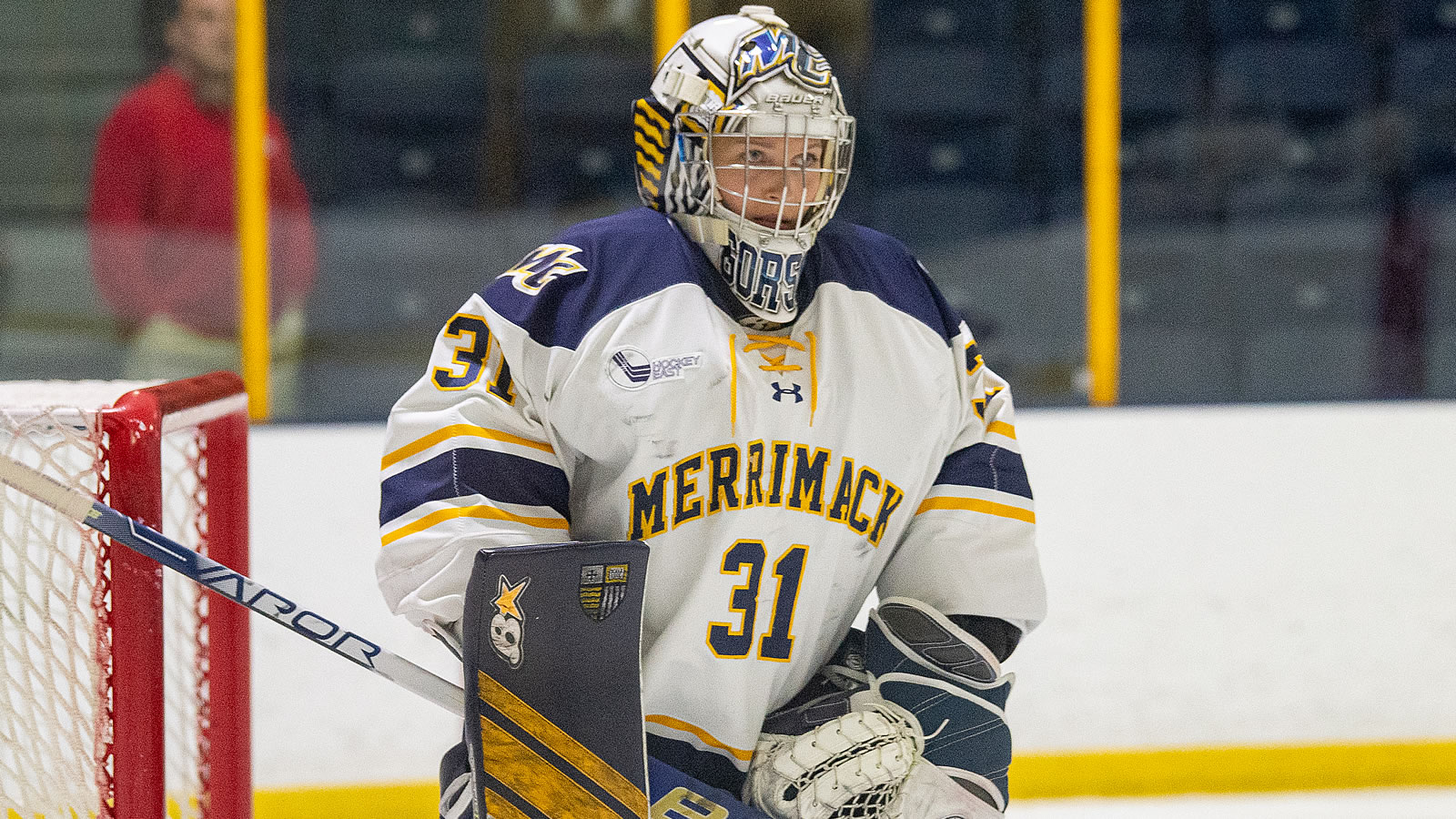 Emma Gorski (Jr., G; Wallaceburg, Ont.) earned two straight wins against the Crusaders, only allowing three goals in two games. Her efforts were key in the penalty kill going for a combined 8-for-8 over the series, including five penalty kills in Saturdayâs game. The junior turned a total of 50 saves over the weekend.

Lacey Martin, BU (So., F: Minnetonka, Minn.) Scored the overtime winner in the Terriersâ 3-2 comeback win over Maine on Tuesday as part of her two-point performance against the Black Bears.

Alex Allan, BU (Sr., D; Abbotsford, B.C.) Netted the gameâs opening goal in a 1-1 tie at Providence on Friday night and also had an assist in the 3-2 OT win over Maine on Tuesday. Allan finished the week as a plus-3 and blocked two shots.

Darci Johal, HC (Jr., F; Burnaby, B.C.) Had a goal in each of Holy Crossâ contests this weekend against Merrimack to extend her goal-scoring streak to four straight games. She has scored a goal in five of the last six contests, bringing her season total to 11.

Mira Seregely, ME (Fr., F; Budapest, Hungary) Picked up three points in a weekend sweep of UNH. She found the back of the net in each game and added an assist in Saturdayâs 5-0 victory.

Elise Morphy, ME (So., D; Regina, Sask.) Scored a goal in all three of Maineâs games during the week; a 3-2 loss in overtime at BU and a pair of victories over UNH. All three tallies came on the power play and it included the game-winning score in Fridayâs 4-1 win.

Jorden Mattison, ME (So., G; Fenwick, Ont.) Complied a 2-1-0 record during the week, including her first career shutout with 24 saves on Saturday in a 5-0 win over New Hampshire. She totaled 81 saves during the three outings.

Hannah Corneliusen, MC (So., F; Warroad, Minn.) Enjoyed a three-point weekend for the Warriors, including the teamâs game-winning goal against Holy Cross on Friday. She posted the primary assist on Teghan Inglis' opening goal in Fridayâs game before adding another primary helper in the gameâs first goal by Gabby Jones in the teamâs win on Saturday.

Skylar Fontaine, NU (Gr., D; East Greenwich, R.I.) Potted one goal and three assists over three games to help Northeastern to a 2-0-1 week. Fontaineâs 36 assists lead the nation and her lone goal of the week was the game-winner against UNH. Fontaine finished the regular season with 29 assists in league play, the most ever in a single-season by a Hockey East defender. She ends her career with records for most career goals (35), assists (82), points (117), and single-season assists (29) by a league blueliner.

Aerin Frankel, NU (Gr., G; Briarcliff Manor, N.Y.) Started all three games in goal for the Huskies, ending the week with 84 saves and a 2-0-1 record. Frankel posted a 32-save shutout against UConn on Saturday for her NCAA-best 10th shutout of the season. Additionally, in the 4-4 tie at UConn on Friday, Frankel made two saves in the shootout to help Northeastern claim the extra Hockey East point. Frankel ends her regular-season career with 73 wins in league play, the most of any Hockey East netminder.