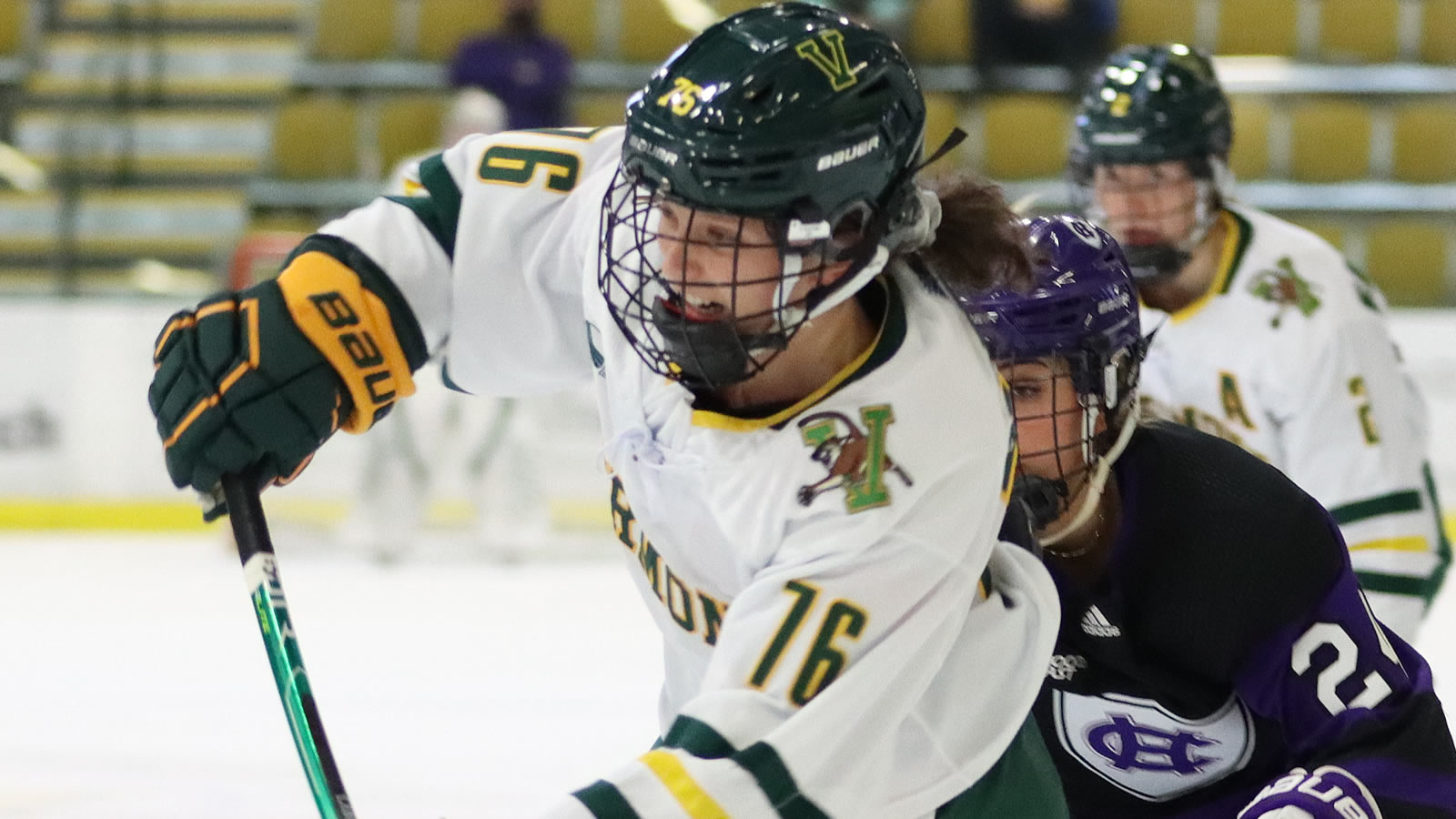 Vermont won four Hockey East contests last week, vaulting to second place in the Army ROTC Hockey East Standings ahead of a crucial match-up with league-leading Northeastern this Friday at 2:00pm on NESN. Maude Poulin-Labelle led the offense for the Catamounts with 10 points on four goals and six assists, including factoring in on two game-winning goals.

After a two-win week, Northeastern reclaimed the top spot in the DCU/USCHO.com national poll. Brooke Hobson tallied two points off one goal and one assist and added four blocks over the two games for the Huskies, earning Defender of the Week honors. Aerin Frankel became the first goaltender in Northeastern history to make 3,000 career saves en route to posting her NCAA-best seventh shutout in a 5-0 victory over Boston College on Tuesday night, making 25 stops.

Boston College snapped a four-game skid with a weekend sweep of Holy Cross, paced by two game-winning goals from freshman Abby Newhook, who registered tree points (2g, 1a). She is the first Hockey East first year to score at least six game-winning goals in season since 2012-13.

Maine swept a two-game set with Merrimack, thanks in part to graduate student Jennifer Costa, who scored a goal and added two assists in Fridayâs 4-2 victory over Merrimack. Followed up her performance with another goal in Saturdayâs 3-1 victory.

Maude Poulin-Labelle (Sr., D; Sherbrooke, Que.) had four goals and six assists for 10 points as UVM won all four of its conferences games last week, two at Holy Cross and two against Providence. On Tuesday she set a single-game program record with six points, scoring four goals in the contest. She became just the third Catamount in program history to record three hat tricks in their career. The senior blueliner set up the game-winning goal in the first game at Holy Cross before jumping starting the Catamount offense to a 9-0 win the next day by scoring a natural hat trick to open the game. 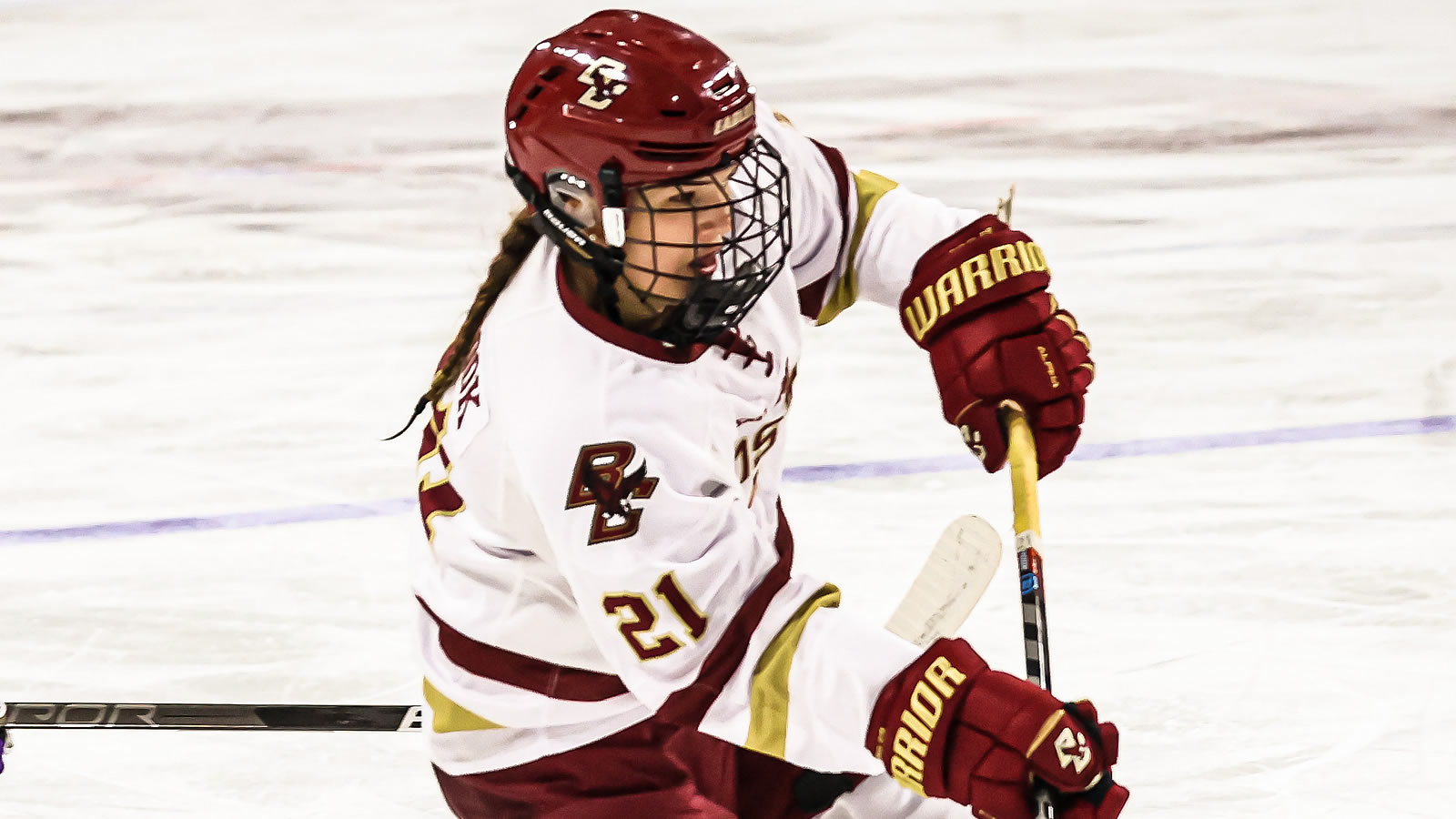 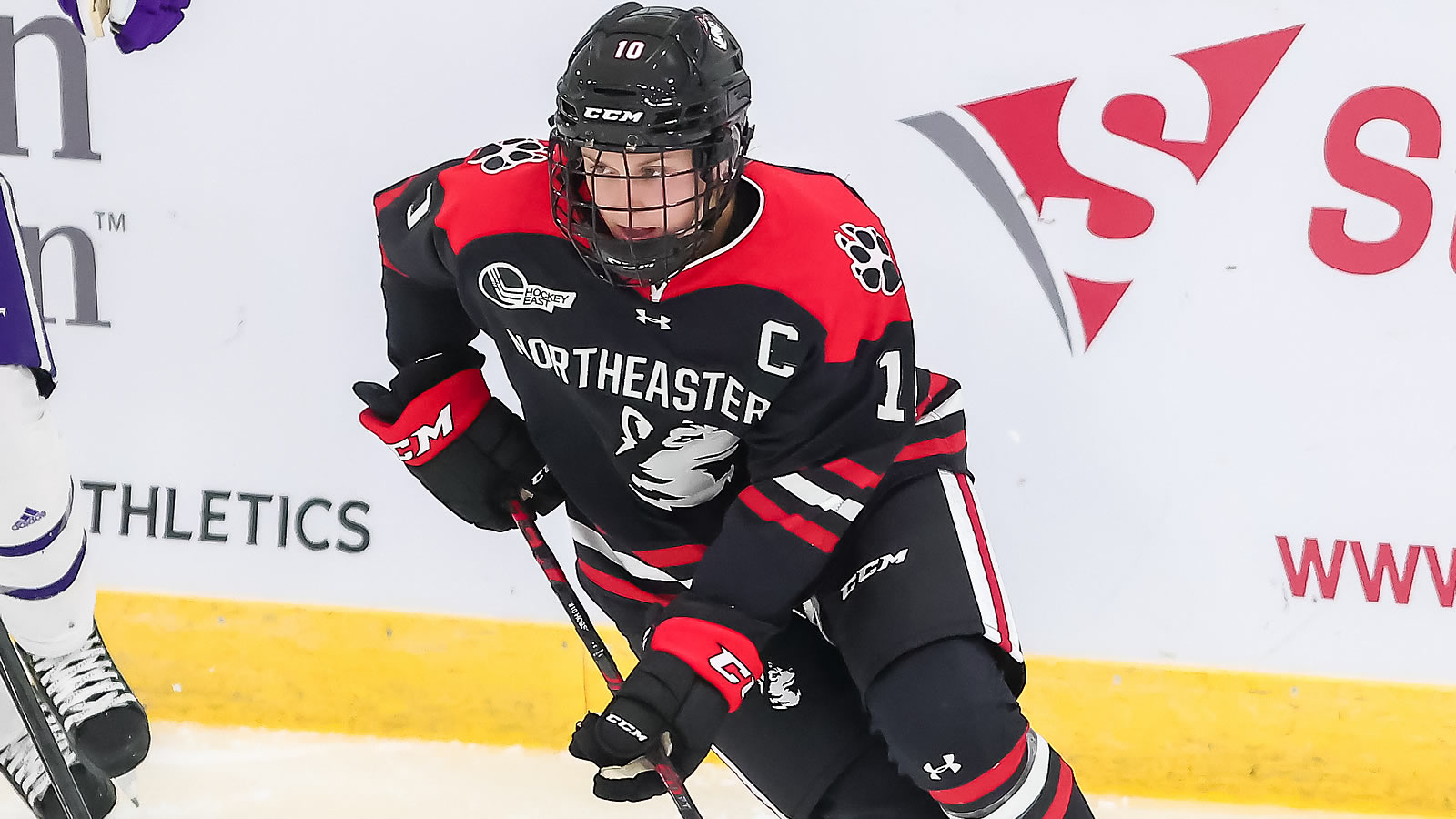 Brooke Hobson (Gr., D; Prince Albert, Sask.) tallied two points off one goal and one assist to lead the Huskies to a 2-0-0 week, including a 5-0 shutout of BC. Hobson tallied her assist against the Eagles and tacked on the lone goal of the second period to spark a comeback effort that led to a 6-3 win over the Terriers. Additionally, she tallied four blocks over the two games. 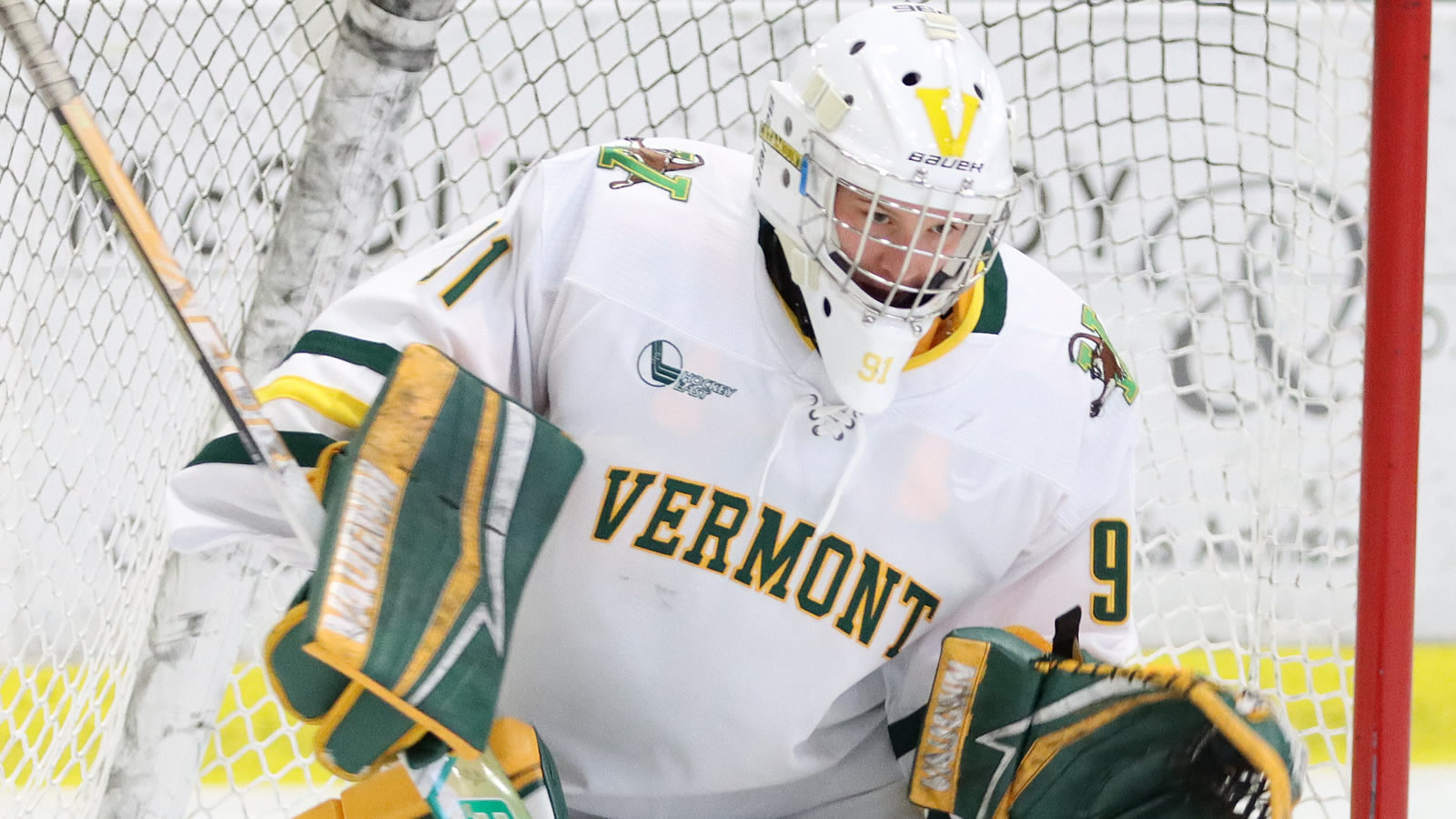 Jessie McPherson (So., G; Chatham, Ont.) made her first starts since Dec. 10, and won four games this past week for the Catamounts, vaulting her team into second place in the Army ROTC Hockey East Standings. The reighing Pro Ambitions Rookie of the Year made 99 saves over that stretch while allowing just three goals in victories over Holy Cross and Providence. She has now won each of her last five starts and eight of her last nine.

Kelly Browne, BC (Sr., F; Burlington, Mass.) Tallied five assists in a two-win weekend for BC, including three helpers on Friday to reach 10 career points. She then added two more on Saturday for her fifth multi-point game of the year. The senior assisted on the game-winning goal in both games and finished a three-game week with 33 face-off wins, eight shots on goal and a plus-two rating.

Alexie Guay, BC (Jr., D; Magog, Que.) Helped BC to a 2-1-0 week. In BCâs win on Friday, she scored a power-play goal and assisted on the game-winning goal. On Saturday, she scored a key insurance goal for BC in and finished the week with four blocked shots and 11 shots on goal.

Courtney Correia, BU (Sr., F: Whitby, Ont.) Scored her team-leading 11th goal of the season at #3 Northeastern on Friday. She has notched a point in five of her last six games.

Callie Shanahan, BU (Fr., G; Commerce, Mich.) Made a career-high 53 saves at #3 Northeastern on Friday, allowing just two goals at 5-on-5. Shanahanâs 53 saves were the most by a Terrier since Erin OâNeil had 54 against Northeastern in the 2016 Hockey East semifinals.

Jennifer Costa, ME (Gr., F; Pawtucket, R.I.) Scored a goal and added two assists in Fridayâs 4-2 victory over Merrimack. Followed up her performance with another goal in Saturdayâs 3-1 victory. Tallied four total points in a weekend sweep.

Loryn Porter, ME (Gr., G; North Bay, Ont.) Registered 24 saves on 26 shots in Fridayâs 4-2 victory over Merrimack. Followed up her performance with a 29 saves on 30 shots effort in Saturdayâs 3-1 victory. Totaled 53 saves on the weekend while allowing just three goals.

Alina Mueller, NU (Sr., F; Winterthur, Switzerland) Mueller potted two goals and add three assists for five points to lead the Huskies to a 2-0-0 week. In a 5-0 victory over BC on Tuesday, Mueller tallied twice, including one shorthanded, while also adding on an assist. In Fridayâs come-from-behind victory over BU, Mueller had two assists, on the game-tying goal and on the game-winning goal, which game within 1:03 of each other in the third period.