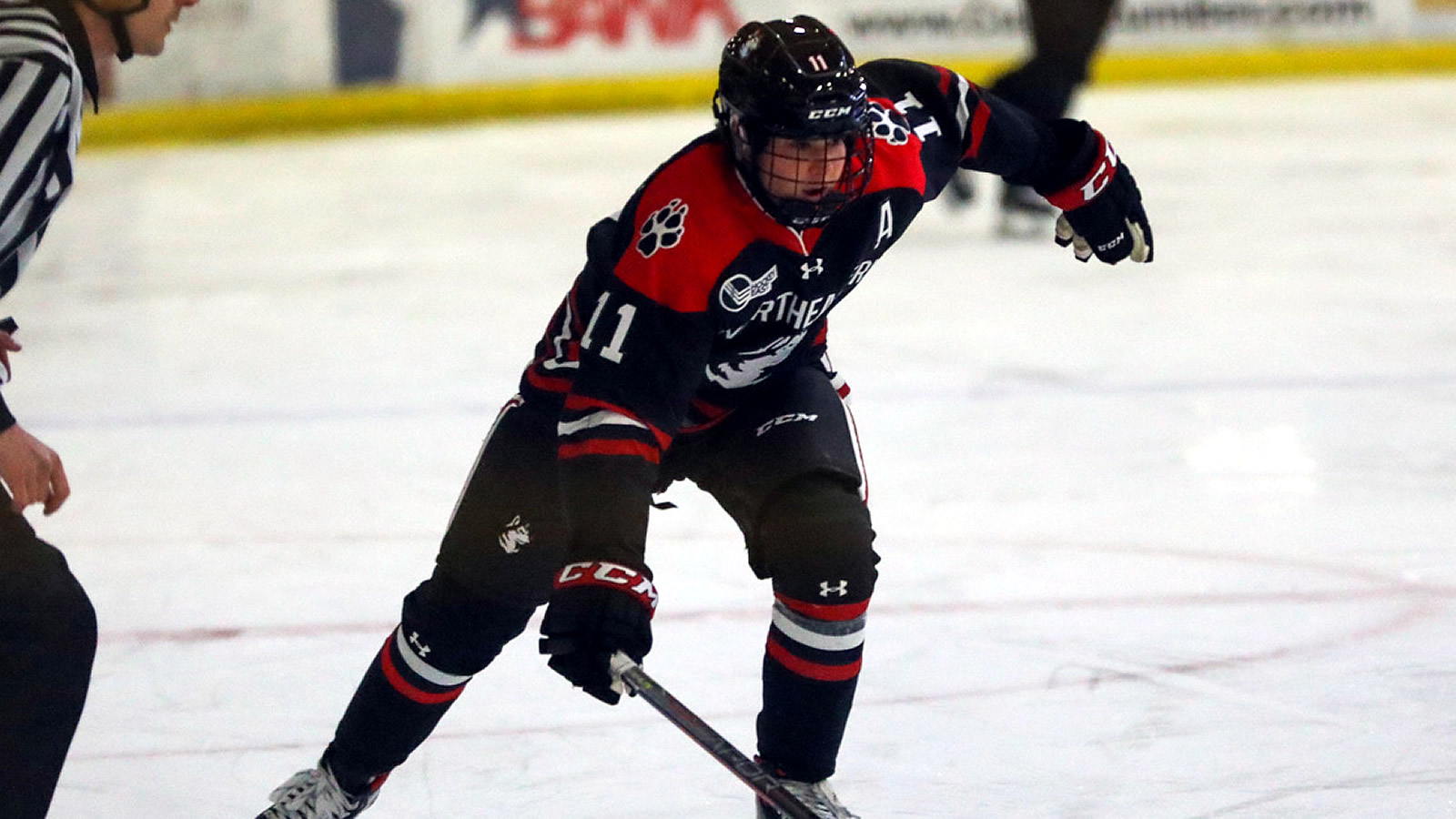 Northeastern toppled #10 Princeton twice over the weekend on the back of four points (1g, 3a) from Alina Mueller and a shutout and 63 saves on 64 shots from Aerin Frankel. The Huskies are now 12-0-1 in their last 13 games dating back to October 9.

New Hampshire swept Union by a combined score of 11-1. Goaltender Ava Boutilier stopped 43 of 44 shots and was also credited with an assist in her two appearances. Maddie Truax scored her first two goals of the season with a tally in each of UNHâs wins at Union College. She also tallied an assist Saturday to match her career high of two points. Her other stats included four blocked shots and a plus-five rating and she was named Hockey East Defender of the Week.

Vermont went 1-0-1 in a two-game set with Syracuse, earning quality starts from its goaltending tandem of Blanka Skodova and Jessie McPherson, allowing just one goal each game. Evelyne Blais-Savoie netted the second goal of her collegiate career on Saturday, taking home Pro Ambitions Rookie of the Week honors.

Providence downed Brown, 4-2, to take home the Friarsâ the sixth-consecutive Mayorâs Cup victory. It marks the first time either school has captured six titles in a row and PC holds an all-time May- orâs Cup record of 13-10-3.

Alina Mueller (Sr., F; Winterthur, Switzerland) Notched a four-point weekend with one goal and three assists; three of those points came in game two of a two-game series with Princeton, tallying the game-opening goal and assisting on the game-winning goal and the insurance goal to Peyton Anderson and Skylar Fontaine. It was her 21st career three-point game, and her second of the season. Mueller is now on a six-game point streak (1g, 8a) and is the third Husky to reach a six-game point streak this season. 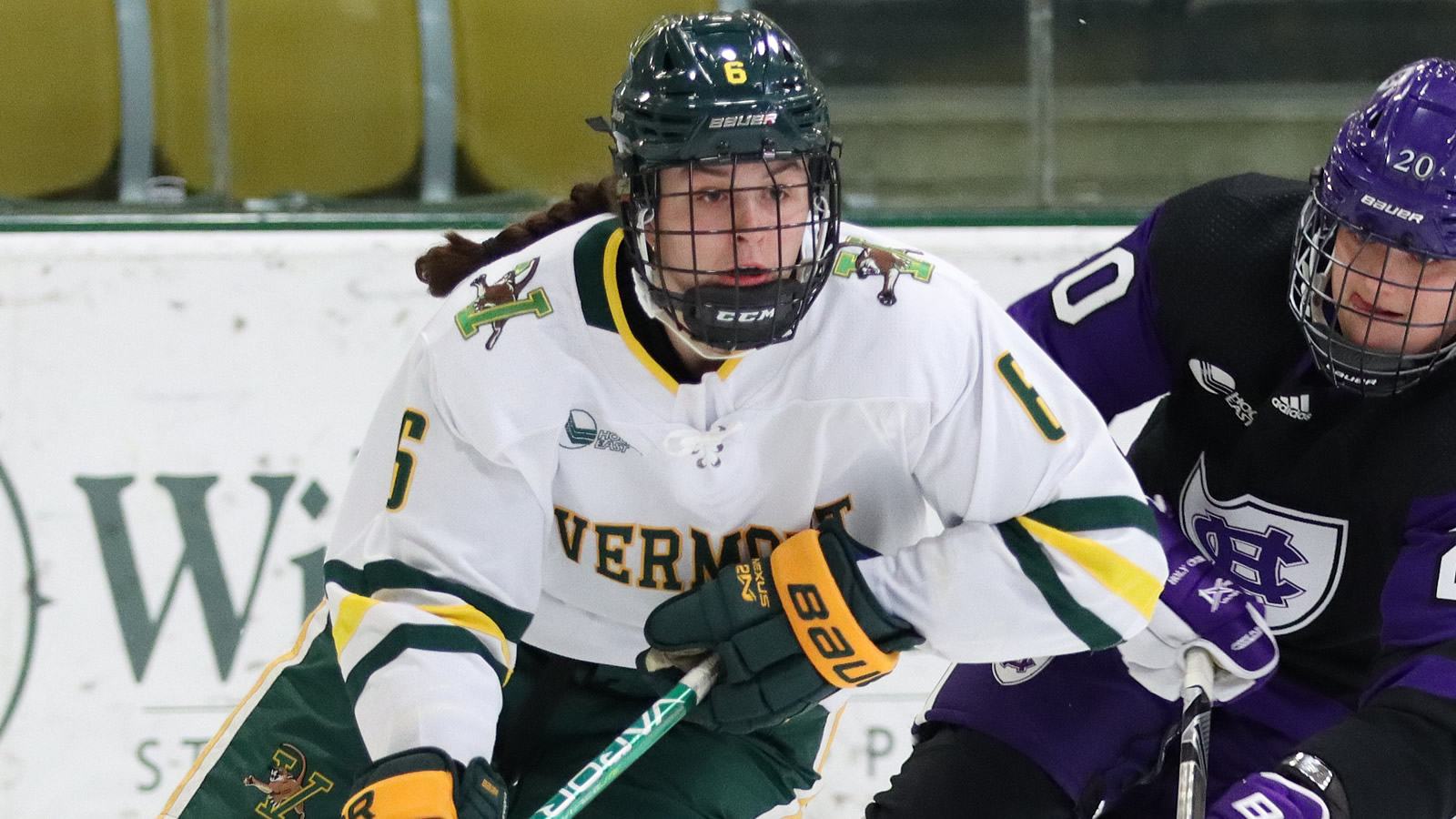 Evelyne Blais-Savoie (Fr., F; San Jose, Calif.) netted the second goal of her collegiate career on Saturday, helping Vermont complete a 5-1 victory over Syracuse and skate away with a 1-0-1 weekend. She closed out the scoring with a nifty individual effort in the final minute of regulation. Blais-Savoie knocked down a clearance attempt in the Orangeâs zone and skated into the slot before wiring a shot of the post and in for her second of the year with just 21 seconds remaining. 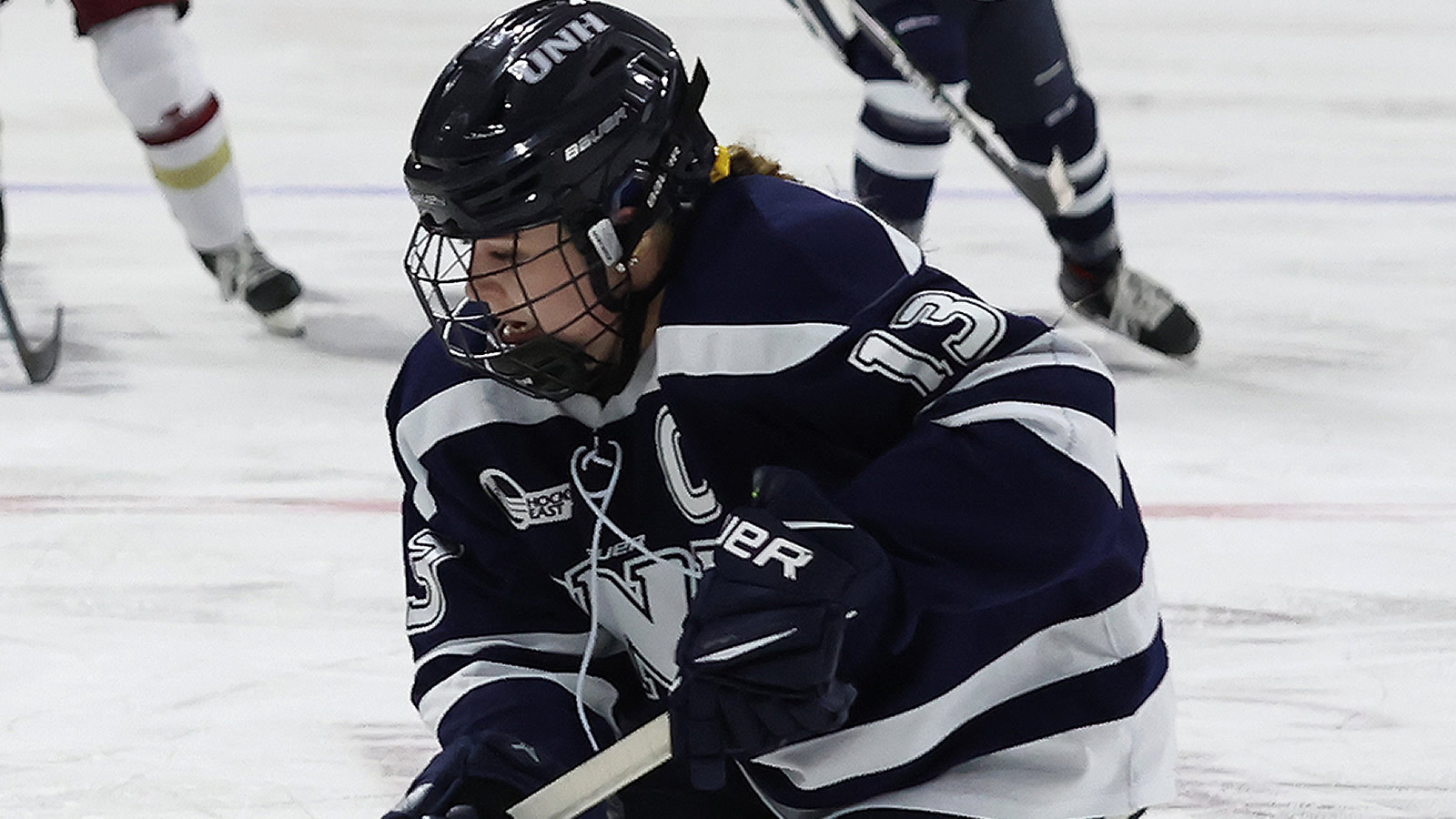 Maddie Truax (Sr., D; Gardner, Mass.) scored her first two goals of the season with a tally in each of UNHâs wins at Union College. She also tallied an assist Saturday to match her career high of two points. Her other stats included three blocked shots and a plus-five rating. Truaxâs goal gave UNH a 7-0 lead in Fridayâs win. She blocked a shot and finishing plus-three. On Saturday, Truax once again capped the game scoring with an unassisted strike. That marker gave UNH a 4-1 lead at 14:16 of the third period. Truax blocked two shots with a plus-two rating. 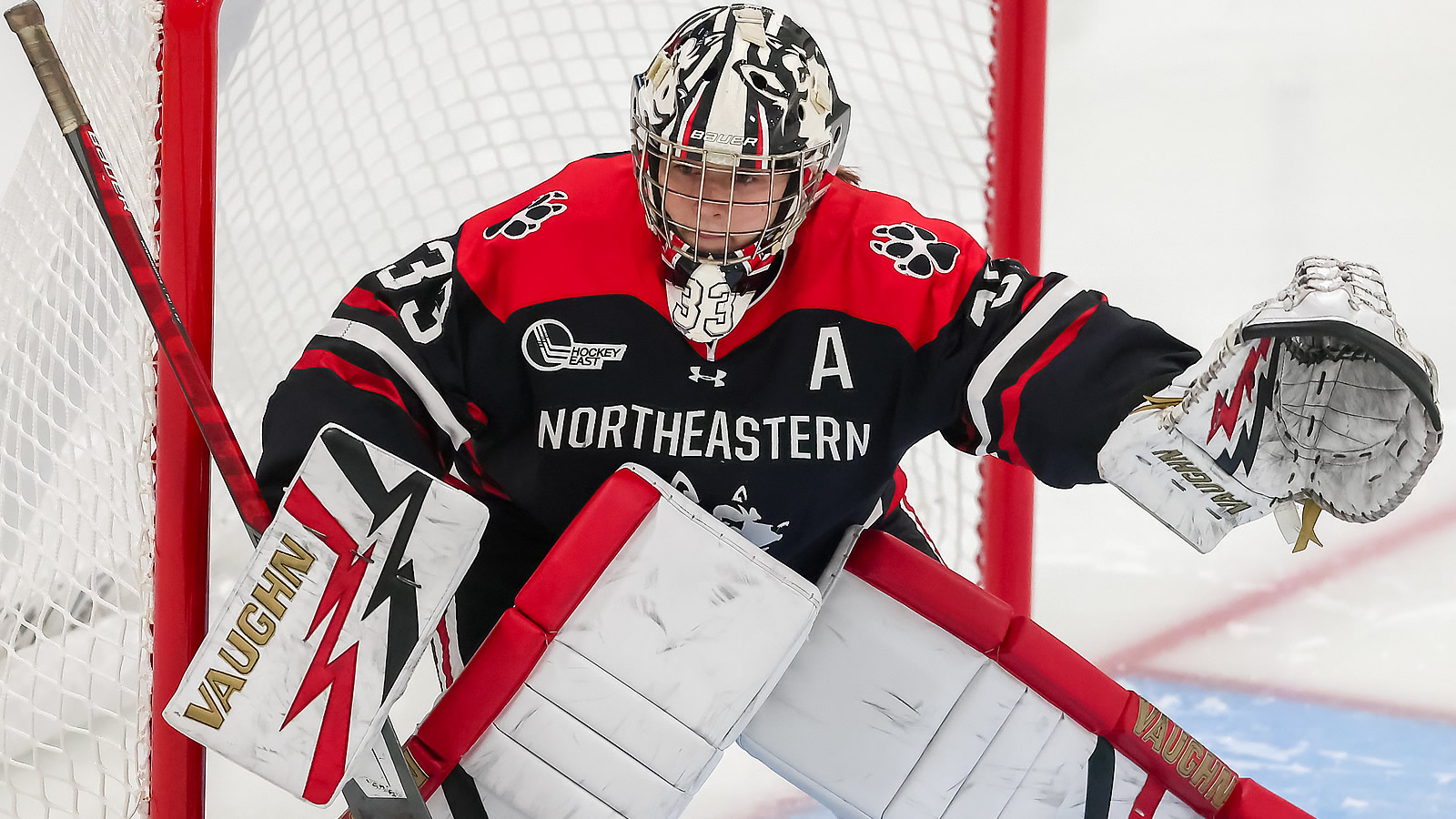 Aerin Frankel (Gr., G; Briarcliff Manor, N.Y.) saved 63 of 64 shots faced against the #10 Princeton Tigers this weekend, for a 0.50 GAA and a .984 save percentage. She notched her fifth shutout of the season with 22 saves on Friday, and stopped a season-high 41 shots in game two on Saturday, allowing just one goal. Frankelâs fifth blank was Northeasternâs seven time blanking an opponent this season, which now leads the nation. Frankel also became the first reigning Patty Kazmaier Award winner to face off with her former team, Princeton, in Hobey Baker Rink, when she started the game on Friday.

Gaby Roy, BC (So., F: Marshfield, Mass.) In a two-game set in Nashville, the second-year had one goal and one assist on the weekend to go with four shots on goal and one blocked shot.

Jada Habisch, UConn (So., F; Buffalo, Minn.) Scored a hat trick, including the game-winning goal, in the opening round of the Nutmeg Classic tournament, leading UConn into the championship game with a 6-1 win over Sacred Heart.

Skylar Fontaine, NU (Gr., D; East Greenwhich, R.I.) Fontaine had the second-highest point tally for the Huskies this weekend with a goal and two assists on the weekend. She assisted on Millsâ goal in game one and on Muellerâs opening goal in game two, while also adding insurance in a 3-1 victory in the Saturday game. She is now up to a four-game point streak, which ties her season high. Saturdayâs game saw Northeastern blocking 20 total shots, Fontaine notched two of them.

Brianna Brooks, UNH (So., F; Whitby, Ont.) Recorded a goal and assist in both games of the weekend series at Union to lead the Wildcats to a sweep of the Dutchwomen to pick up four points. Her other stats included a plus-three rating and three blocked shots, as well as 14 wins in the face-off circle. In Fridayâs 7-0 win, Brooks scored the first of two UNH goals 11 seconds apart (at 13:47 of the second period) to quickly transform a 3-0 lead into a five-goal advantage. She went on to set up UNHâs fifth goal of the game at 4:41 of the third period. She won 6 of 9 face offs, blocked one shot and had a plus-one rating. Saturdayâs game was tied 1-1 at the start of the third period, but Brooks fueled the Wildcats to a 4-1 win by setting up the game-winning goal just 11 seconds into the final frame and then scoring at 7:00. She won eight face offs, blocked two shots and had a +2 rating.

Ava Boutilier, UNH (Sr., G; Charlottetown, P.E.I.) Boutilier stopped 43 of 44 shots for a .977 save percentage â and she was also credited with an assist â in UNHâs two-game sweep at Union College. Boutilier stopped all 17 shots she faced, including eight in the first period, to record her first shutout of the season and 13th of her career in Fridayâs 7-0 victory. She also tallied an assist on UNHâs fourth goal at 13:47 of the second period (which was the first of two goals in 11 seconds). She was credited with 26 saves, including 10 in the second stanza, in Saturdayâs 4-1 win. Her shutout streak ended at 98 minutes, 41 seconds when the Dutchwomen scored at 16:14 of the second period.