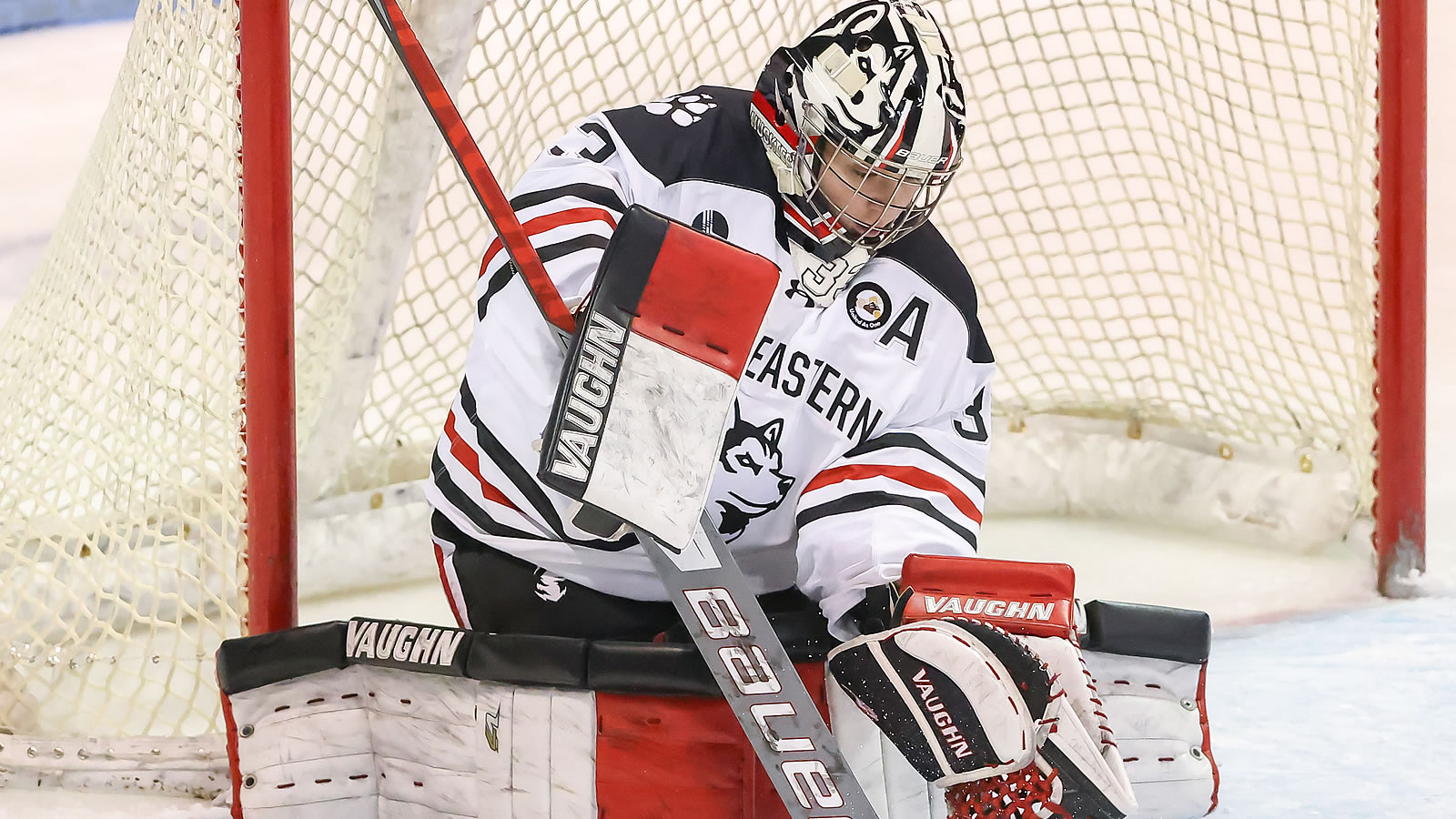 Northeastern's Frankel Named National Co-Goaltender of the Month
Led the Huskies to a 6-1 start with a GAA of 0.88 and a save percentage of .961
PDF Format

Here are the first batch of menâs and womenâs monthly honorees and runners-up as chosen by the Hockey Commissioners Association.

Ward averaged two points per game through October, finishing with 10-6-16 in eight games played. He had at least one point in every game.

This flashy forward went 8-8-16 in 13 games for the Lakers. Upsonâs 1.23 points per game is tops among NCAA freshmen. She also led frosh in goals. assists, and points. She leads her team in goals (8) and points (16) and has shown some flash. Her GWG in overtime against RPI was featured on ESPNâs SportsCenter.

Abric produced dazzling numbers in his six games played in October. His save percentage was .952 and his GAA was 1.67.