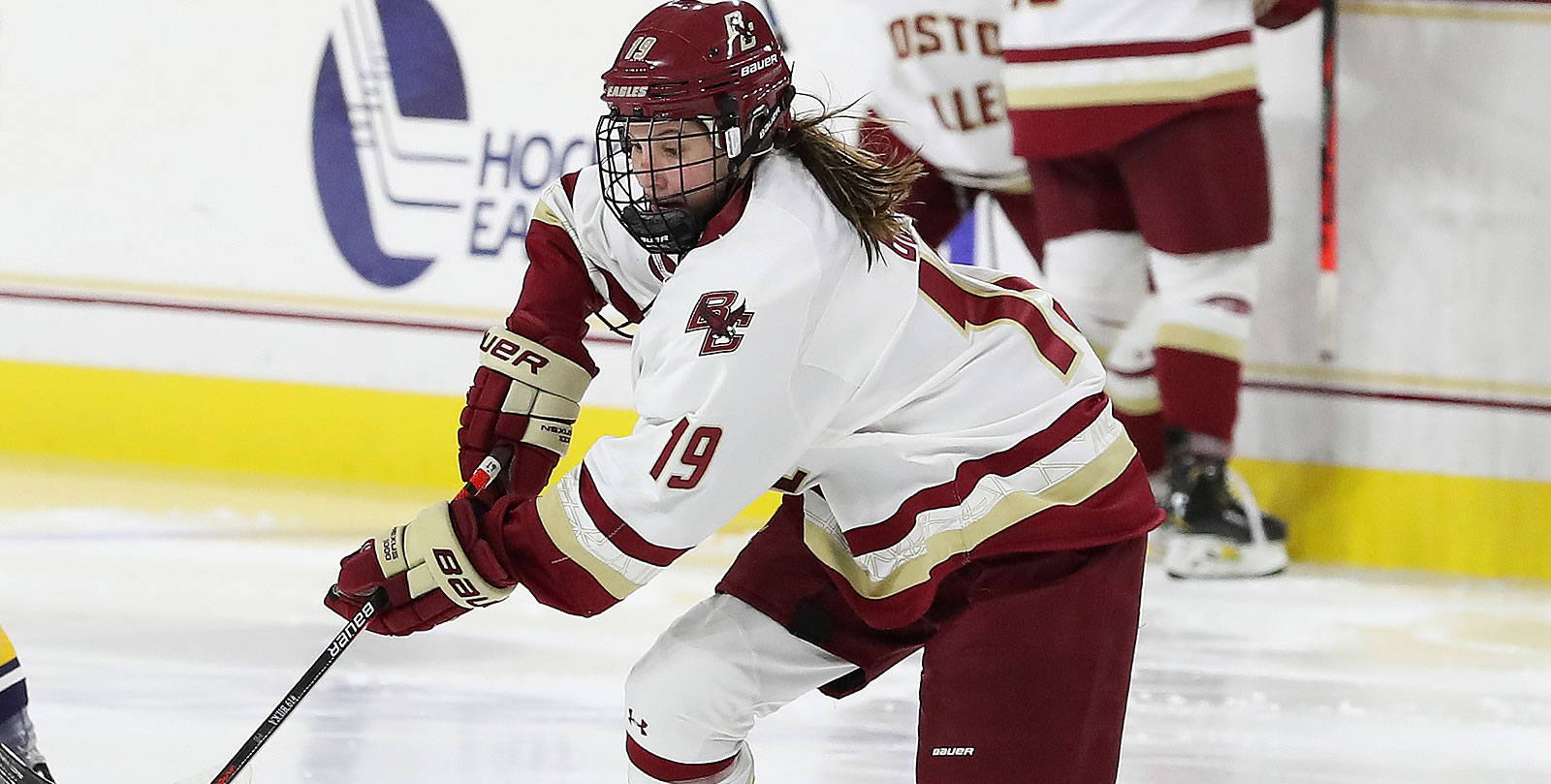 In a vote of assistant coaches at the nation's NCAA National Collegiate ice hockey programs, Boston College freshman forward Hannah Bilka has been named the 2019-20 National Rookie of the Year in women's ice hockey. A native of Coppell, Texas, Bilka led BC in scoring with a line of 14-23-37 in 34 games. Bilka recorded 30 points in league play as a freshman in 2019-20, the ninth-highest total for a first-year player in Hockey East history and the fourth-best total of any Hockey East skater in 2019-20.

She began her career with Boston College with a nine-game point streak from Sept. 28 - Nov. 2, racking up 10 goals and eight assists in that span. She was named Hockey East Player of the Week once (Oct. 7) and Pro Ambitions Rookie of the Week once (Oct. 28) and picked up Pro Ambitions Hockey East Rookie of the Month accolades for September/October.

The ballot for this award is made up of the conference Rookie of the Year selections. Each program playing at the NCAA National Collegiate women's ice hockey level receives a ballot, with assistant coaches at each school submitting one ballot per school. Each school was asked to vote for three players in order (first, second, third). The runner-up for this year's award was Clarkson University's freshman forward Gabrielle David of Drummondville, PQ.

The Women's National Rookie of the Year was established in 2014 by the Women's Hockey Commissioners Association. Previous winners are Dani Cameranesi of Minnesota (2014), Annie Pankowski of Wisconsin (2015), Sarah Potomak of Minnesota (2016), Jaycee Gebhard of Robert Morris (2017), Darryl Watts of Boston College (2018) and Sarah Fillier of Princeton (2019). A similar award, the Tim Taylor National Rookie of the Year Award, is presented by the men's commissioners.