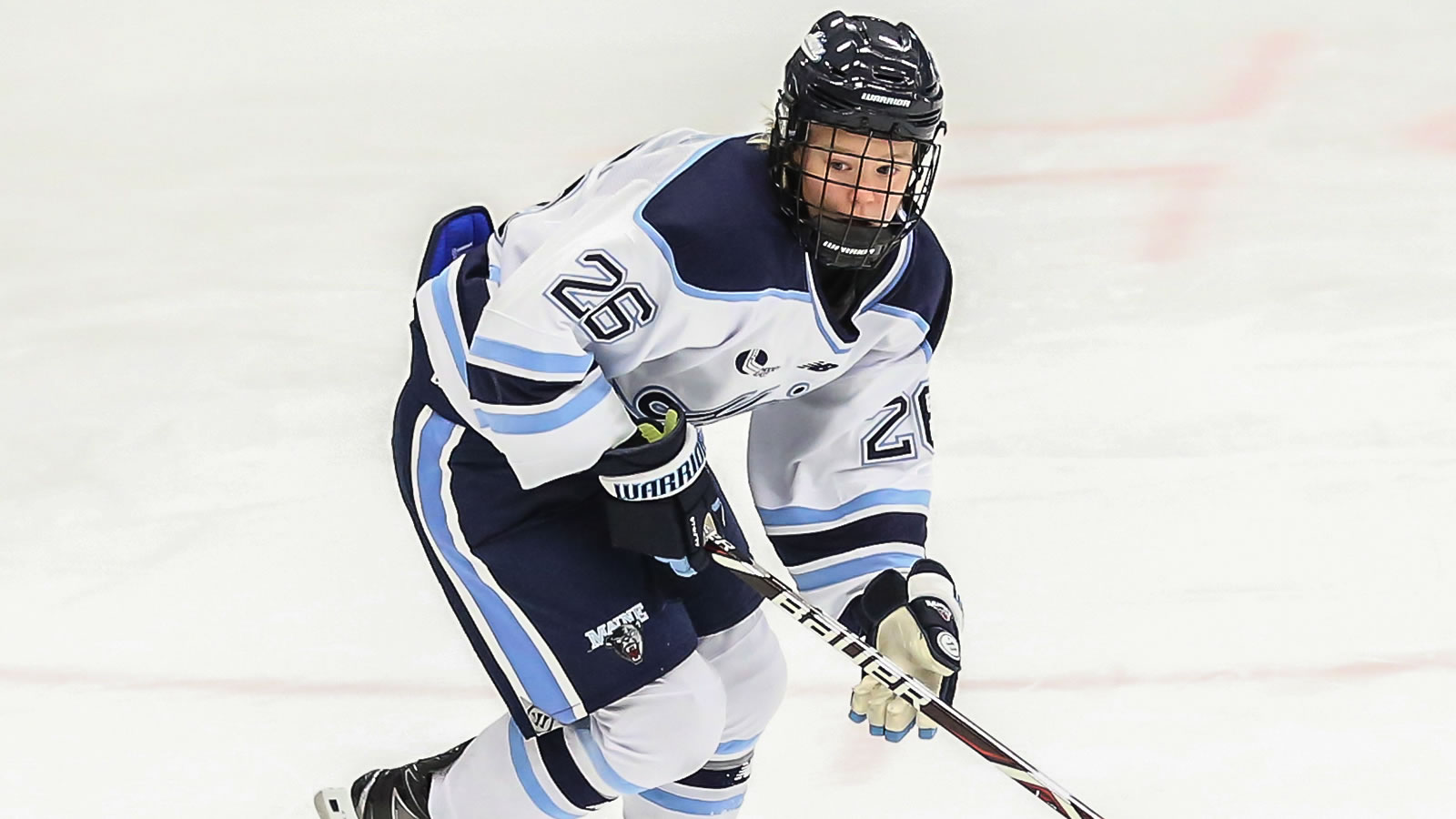 Senior forward Ida Kuoppala had a goal and an assist for the Black Bears
Maine Topped By Quinnipiac In Overtime, 3-2

Orono, Maine - The University of Maine women's ice hockey team dropped their first contest of the year in a close overtime battle against Quinnipiac.

First Goal (1-0 Quinnipiac): The Bobcats found the back of the net in the first period by a shot from Sadie Peart, her first of the season. She was assisted by Nina Steigauf and Olivia Mobley.

Second Goal (1-1 Maine): Maine would pick up their first goal early into the second when last season's scoring leader, Ida Kuoppala, nets her first of the season with assists from Rachel Enzier and Grace Heiting.

Third Goal (1-2 Maine): The Black Bears would break the tie contest in the second as they take advantage of the power play opportunity and Mira Seregély nets her first of the season. Ida Kuoppala and Olivia King each picked up an assist.

Fourth Goal (2-2 Quinnipiac): Quinnipiac would bring the score back to a tie with a power play goal from Lexie Adzija. Olivia Mobley and Jess Schryver each picked up an assist.

Fifth Goal (3-2 Quinnipiac): The Bobcats would capture the win in overtime as Olivia Mobley scores the final goal.

Jorden Mattison finished with 33 saves in the contest.

Maine will be back in action in Alfond Arena again against Quinnipiac on Saturday, Sept. 24. Puck drop is scheduled for 2:00 P.M.