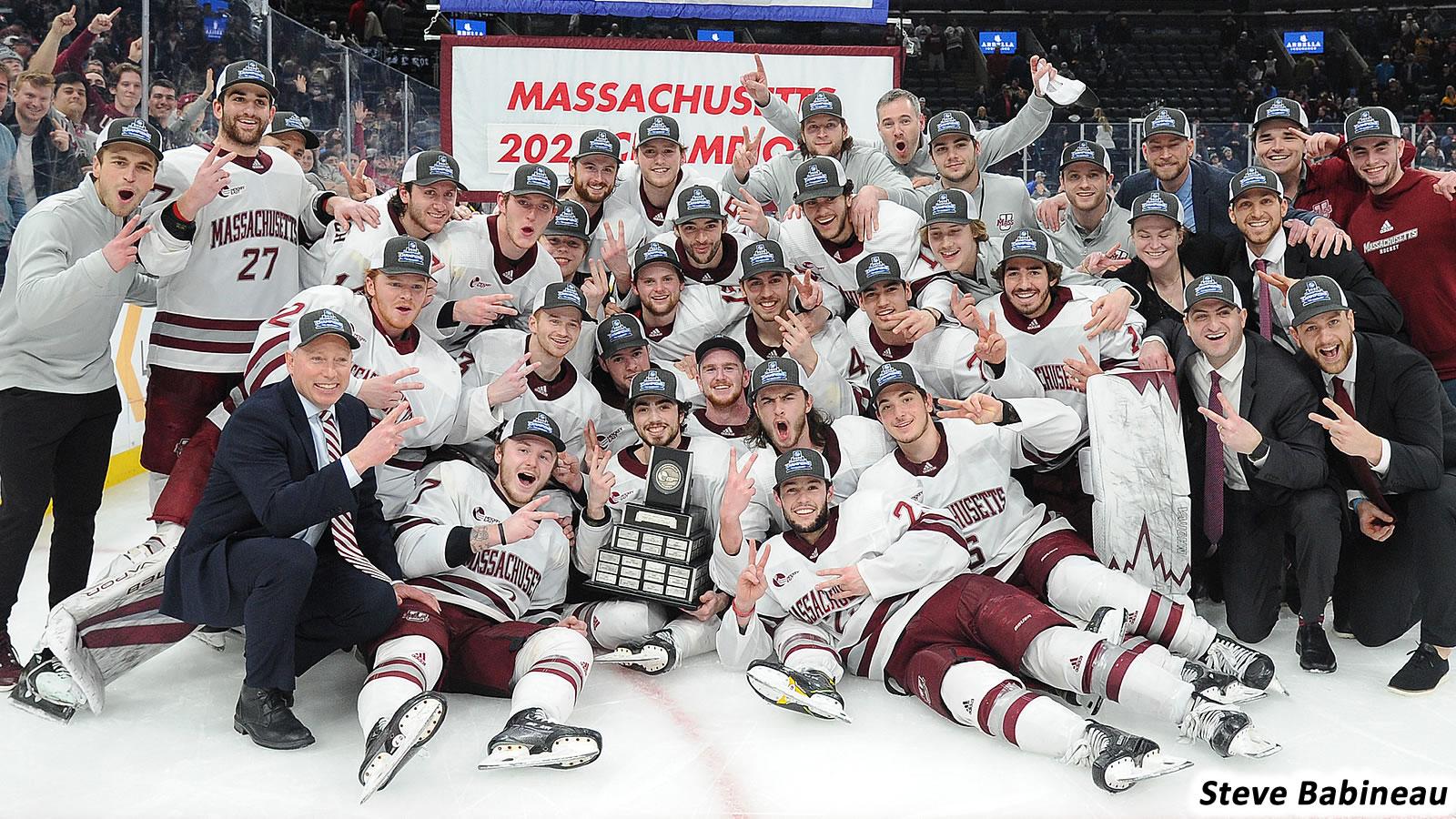 BOSTON - Aaron Bohlinger's goal 3:06 into overtime lifted second-seeded Massachusetts to a 2-1 comeback win over fourth-seeded Connecticut in the title game of the 37th annual Hockey East Championship Saturday night at TD Garden. The Minutemen (22-12-2) win their second title all-time, and second straight in front of 12,049 fans, as the championship returned to Boston for the first time since 2019.

Bohlinger's high shot through traffic from the inside the blue line ended the eighth-ever title game and the first since 2010. Bobby Trivigno and Anthony Del Gaizo assisted on the second of the season by Bohlinger, a sophomore defenseman.

Trivigno, who scored the tying goal late in the second period, was named the William Flynn Tournament MVP Award presented by Market Basket for the second straight season. He tallied a goal in each of the three tournament wins for the Minutemen, including the eventual game-winner in Friday's semifinal win.

The Minutemen had a 10-3 advantage in shots in the first period with both teams each having solid scoring opportunities. Less than four minutes in, UMass goalie Matt Murray stopped forward Jachym Kondelik at point blank range after two nice passes and then at 15:45, Huskies netminder Darion Hanson robbed Cal Kiefiuk of UMass from close range on the left side.

UMass had 15-13 edge in shots in a fast-paced middle period that saw UConn starting strong. The Huskies would tally first, with junior Vladislav Firstov scoring at 2:25, tipping in a drive from the right point from defenseman John Spetz. On the play, Murray initially stopped Carter Berger's shot from the left side and a long rebound went out to Spetz, who one-timed it to the goal mouth. Firstov scored the game's first goal in all three UConn tournament games, and has a dozen goals on the season.

Late in the stanza, Trivigno scored the equalizer for UMass at 16:07, coming down the left side and beating Hanson for his 20th of the year. Senior blueliner Colin Felix started the rush at center ice and picked up the assist.

Tied 1-1, both teams played cautious in the first 12 minutes of the third. UMass had two good chances with seven minutes left, a three-on-two break did not produce a shot and Ryan Lautenbach's wrist shot from the slot went high. UMass out-shot UConn 7-2 in the third, before Bohlinger's heroics ended it in the extra session.

The Minutemen out-shot UConn, 33-20, for the game with Hanson making 31 stops and Murray had 19. There were only two penalties whistled in the contest, one on each team in the first two periods, and neither could capitalize with the man advantage.

UConn, in its first-ever trip to the title game in its ninth year in Hockey East, falls to 20-16-1, tying its D-I program record for victories.

- The second-seeded Minutemen, whose first season in Hockey East was in 1993-94, are making their third title game appearance and second straight. They defeated UMass Lowell 1-0 last year, their first trip to the final in 27 years. UMass's first final was in 2004 when it lost to Maine 3-2 in 3OT, the longest-ever title game (109:27).

- This is the first trip to the title game for fourth-seeded Connecticut, a member of Hockey East since 2014-15.

- If Connecticut were to win it would be the fifth different school to win the championship in the last five tournaments, and the ninth different program to capture the title.

- This is the third #2 vs #4 final with the second-seed winning the two previous matchups, UMass Lowell in 2014 and Boston College in 2010.

- The two schools split a pair of games this season both winning on the road. UMass won 2-1 in Hartford on February 18, and the next night in Amherst, UConn won 4-2.

- The winner of the title game will earn Hockey East's automatic bid to the 2022 NCAA Men's Ice Hockey Championship. The tournament selection show will be aired nationally Sunday, March 20 at 6:30 p.m. (eastern) on ESPNU. The complete bracket will be available on NCAA.com. The defending champion, UMass will be in its fourth NCAA tourney and its third straight. UConn is looking for its first trip to the NCAAs.

- This was the third meeting between these schools this year after splitting a two-game home- and-home series exactly a month ago, each team picking up a road win.

- This was the first Hockey East Championship game in program history for UConn, while UMass returned for their second straight year and third all-time.

- Hockey East Player of the Year, First-Team All Star, scoring champion, and reigning Tournament MVP Bobby Trivigno put UMass on the board to tie the game 1-1 late in the second period. Trivigno scored in all three of UMass' tournament games. 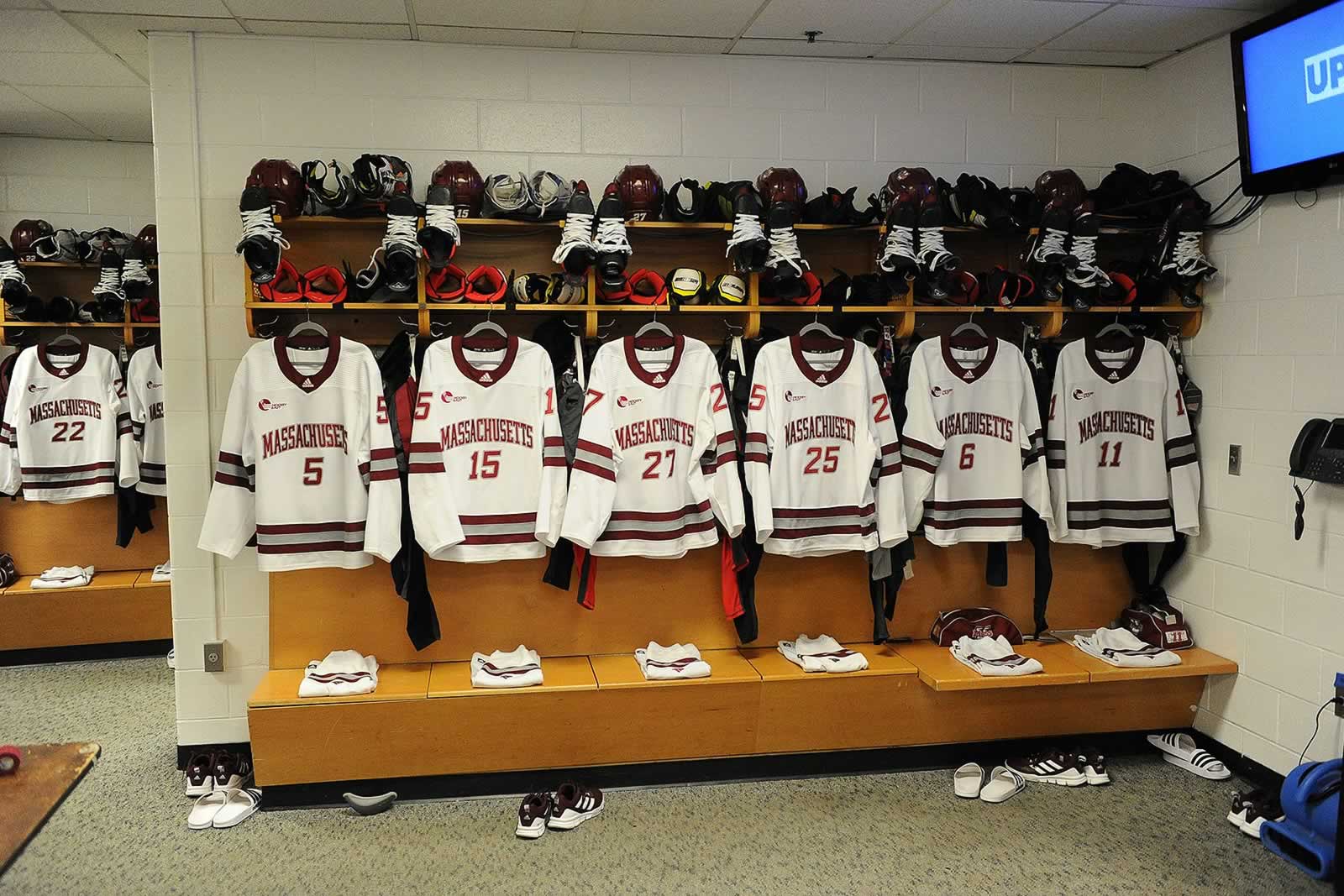 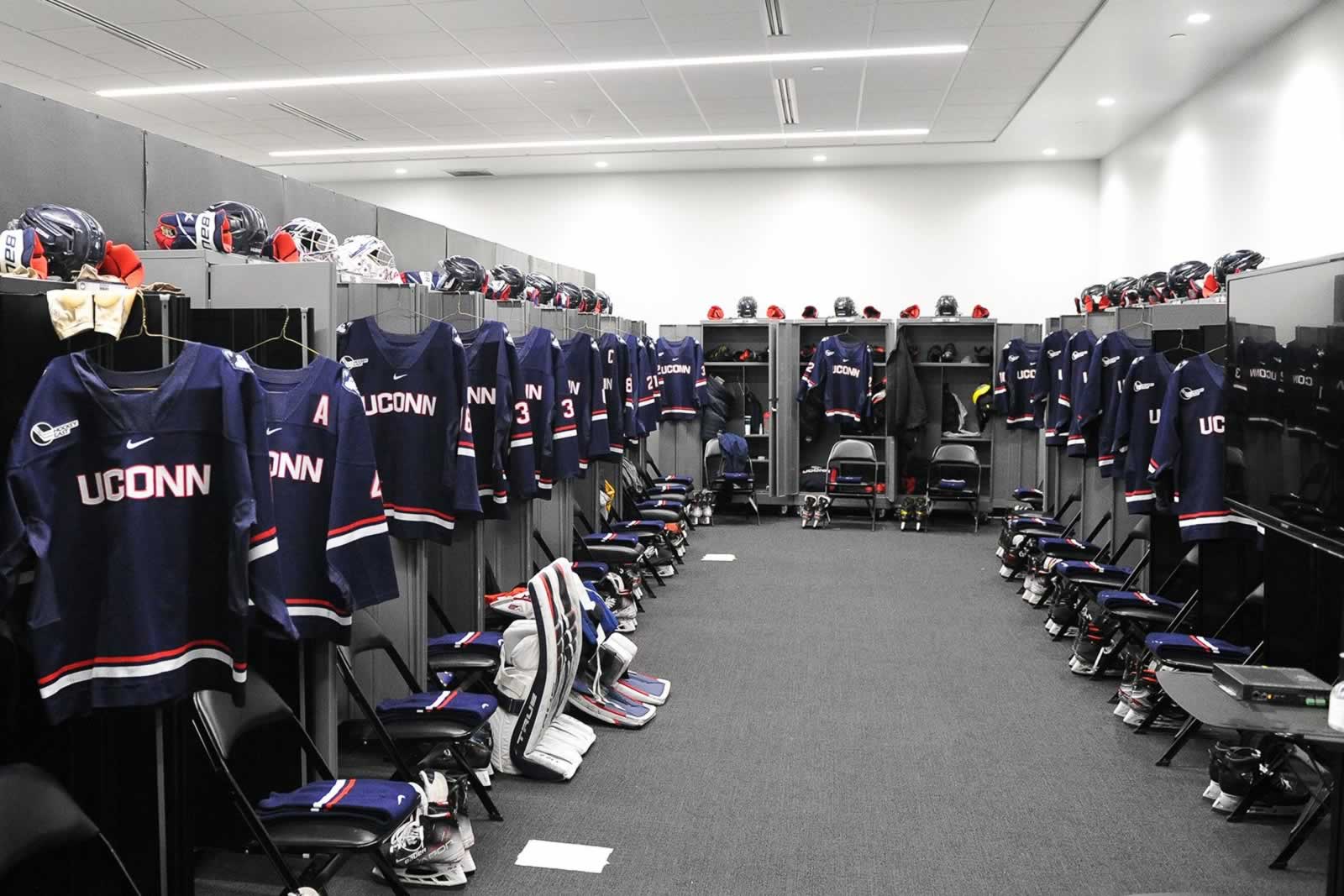 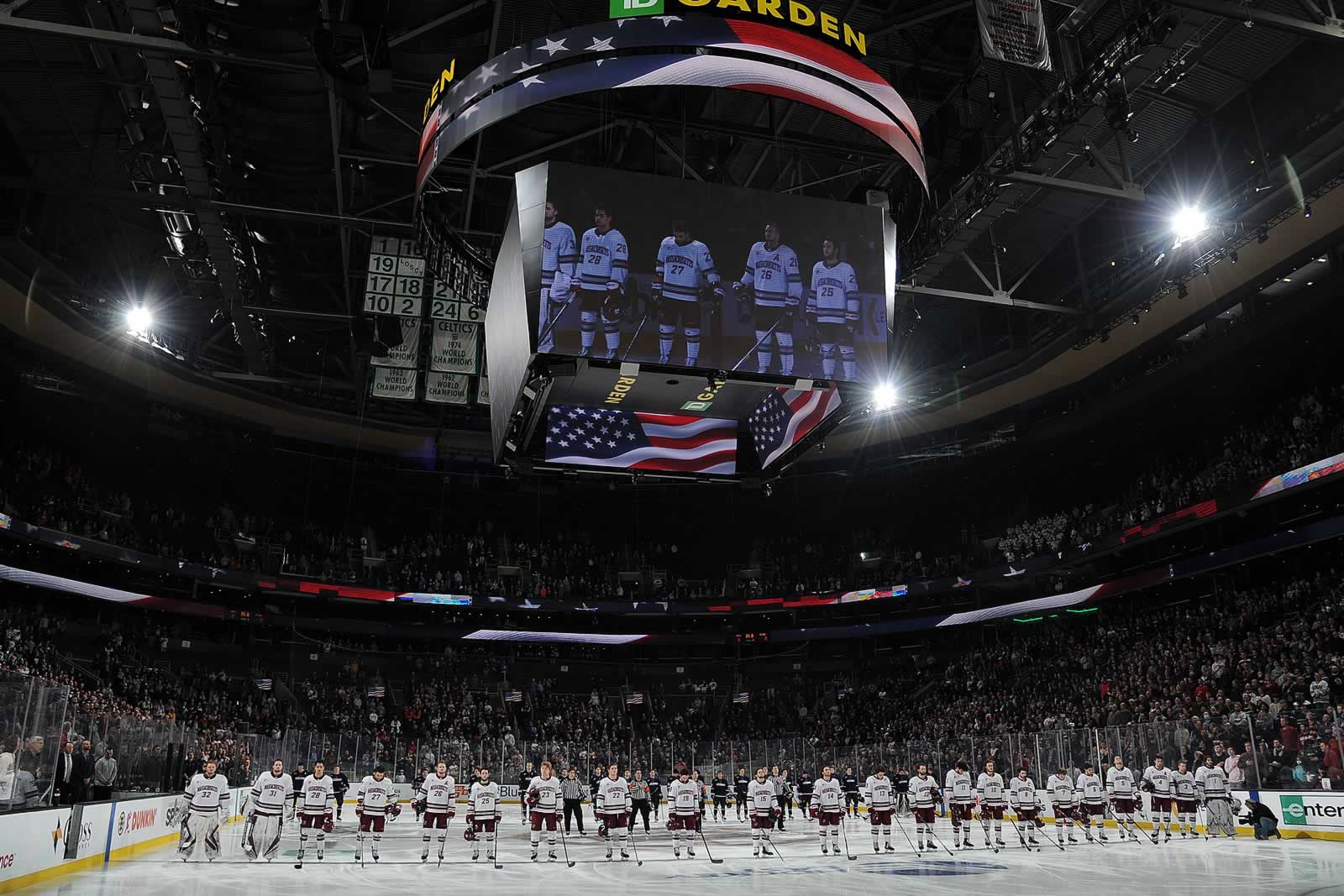 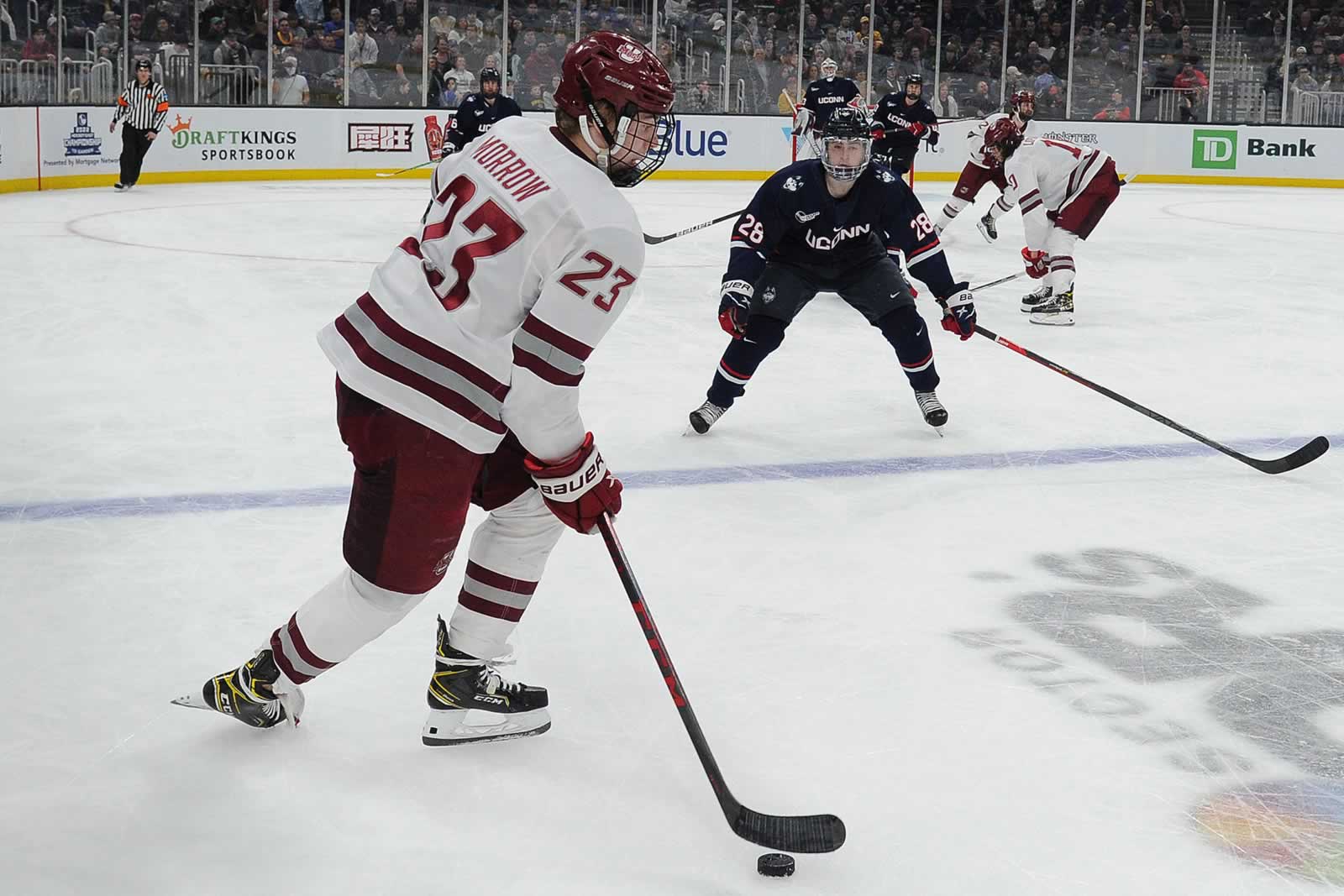 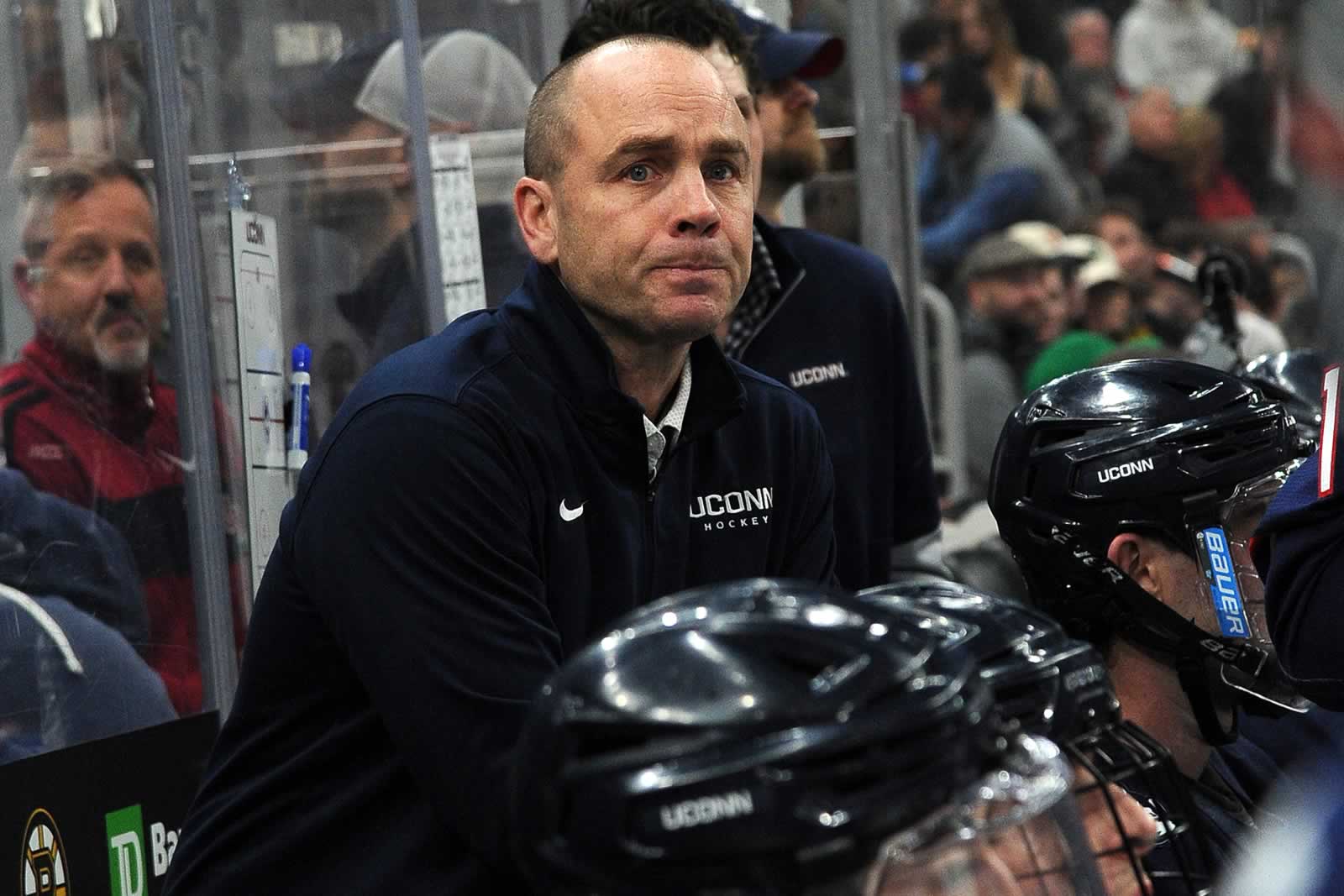 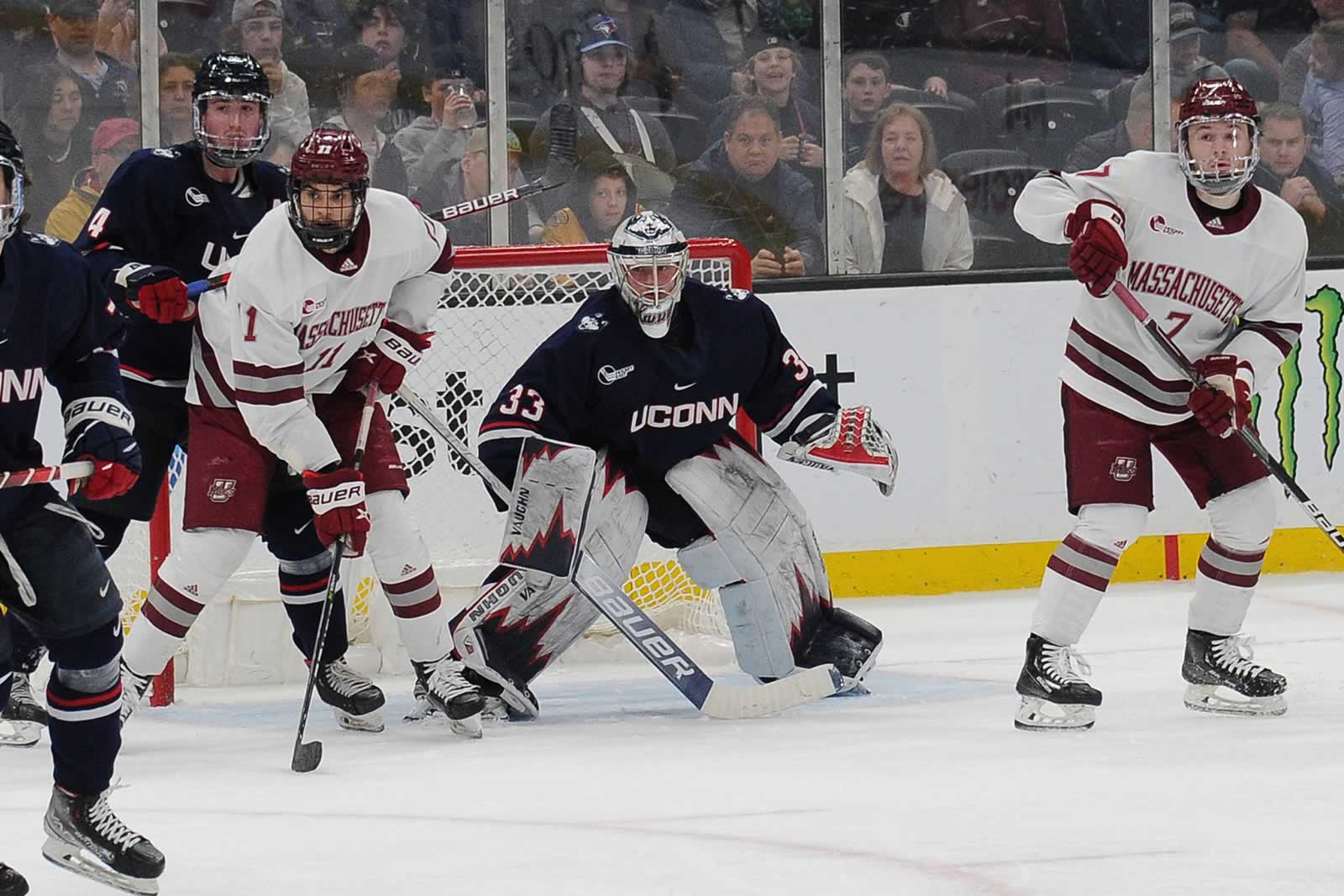 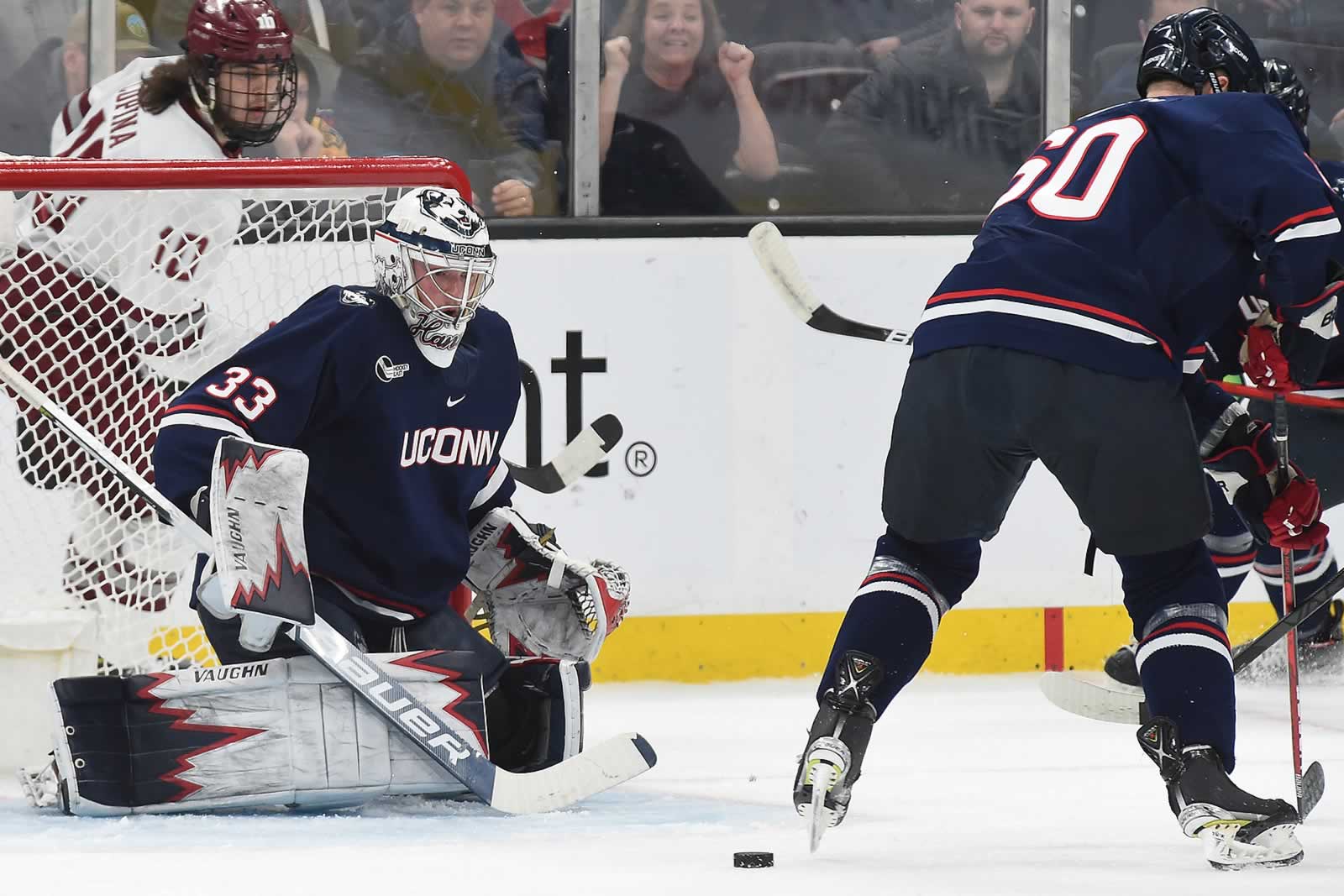 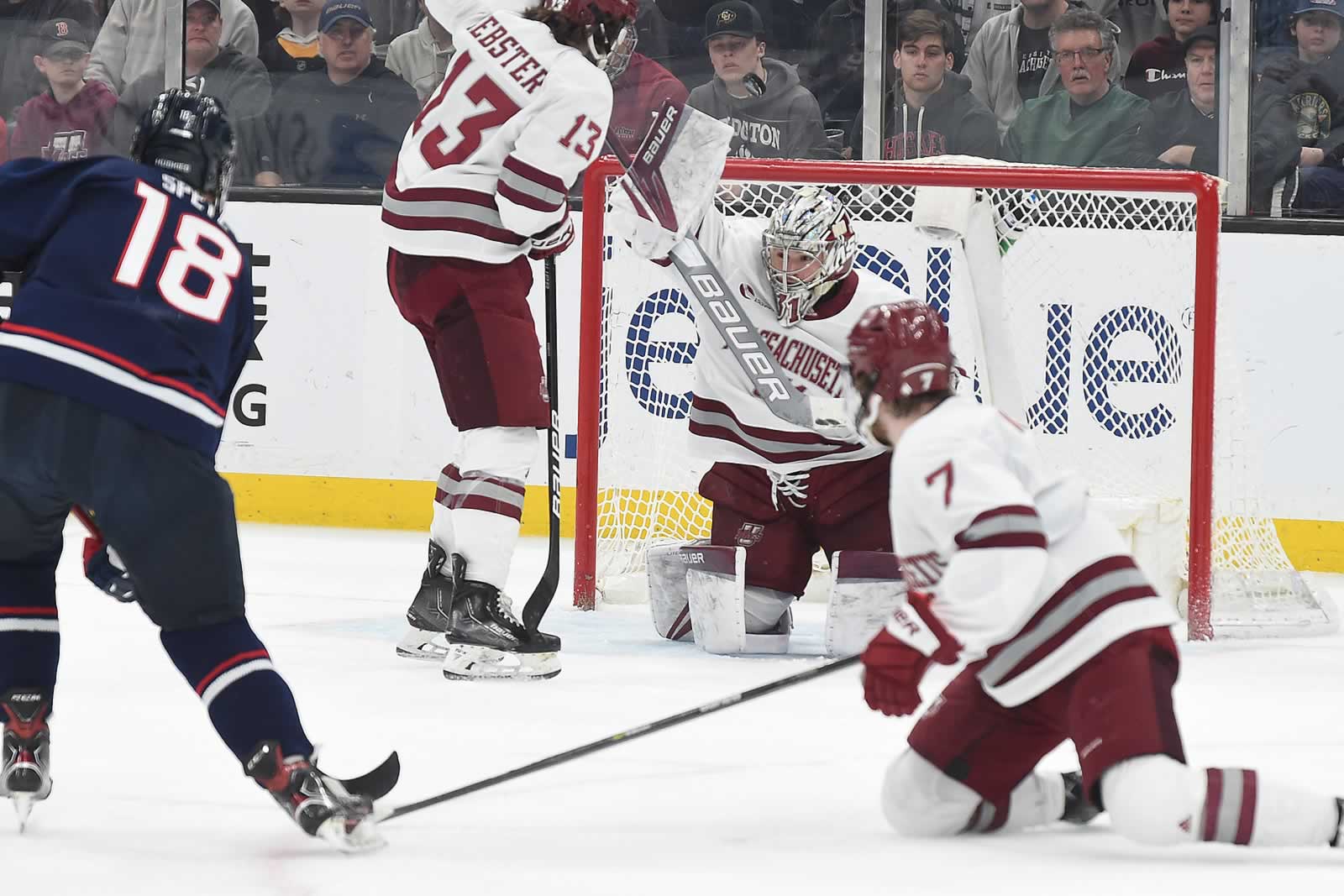 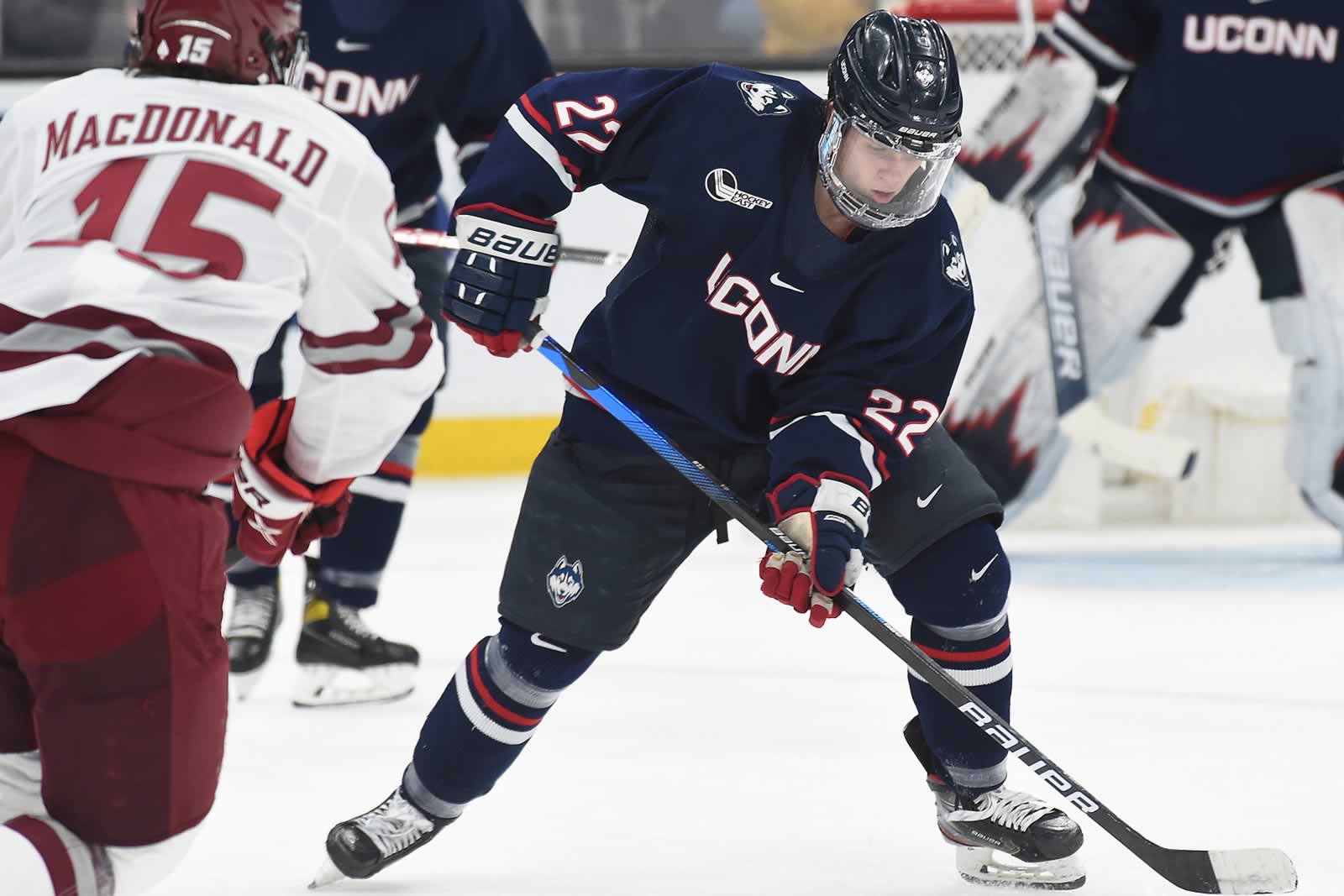 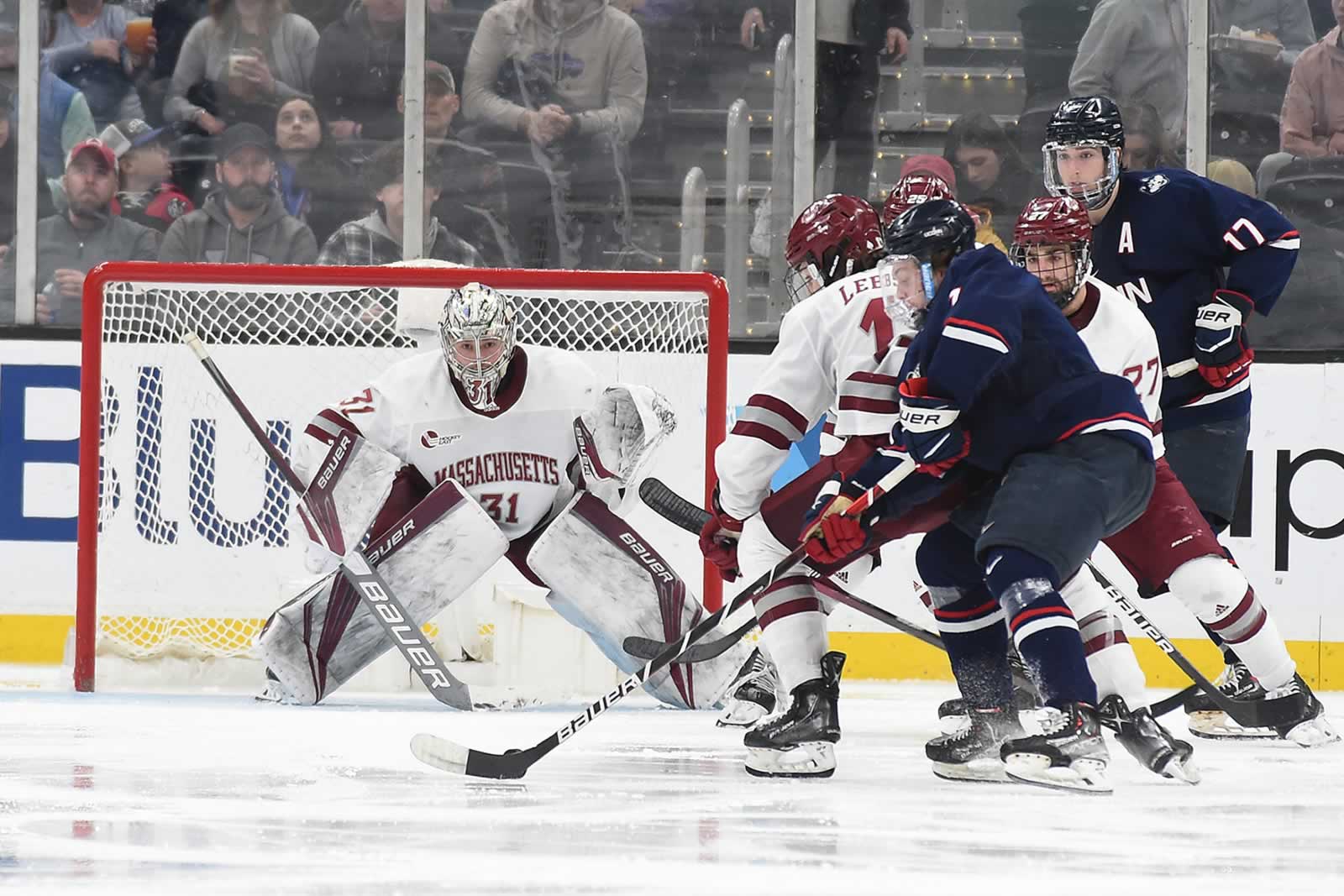 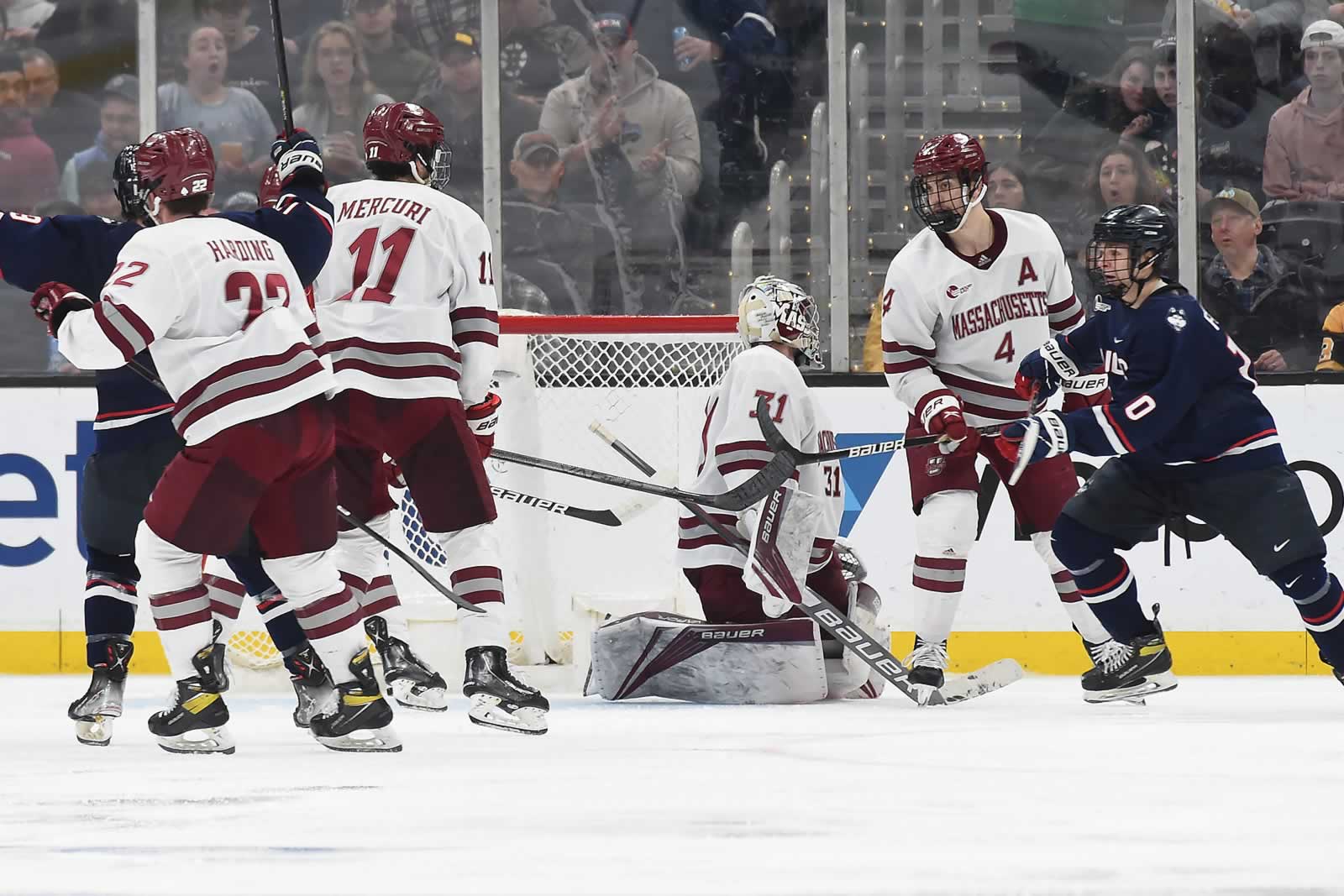 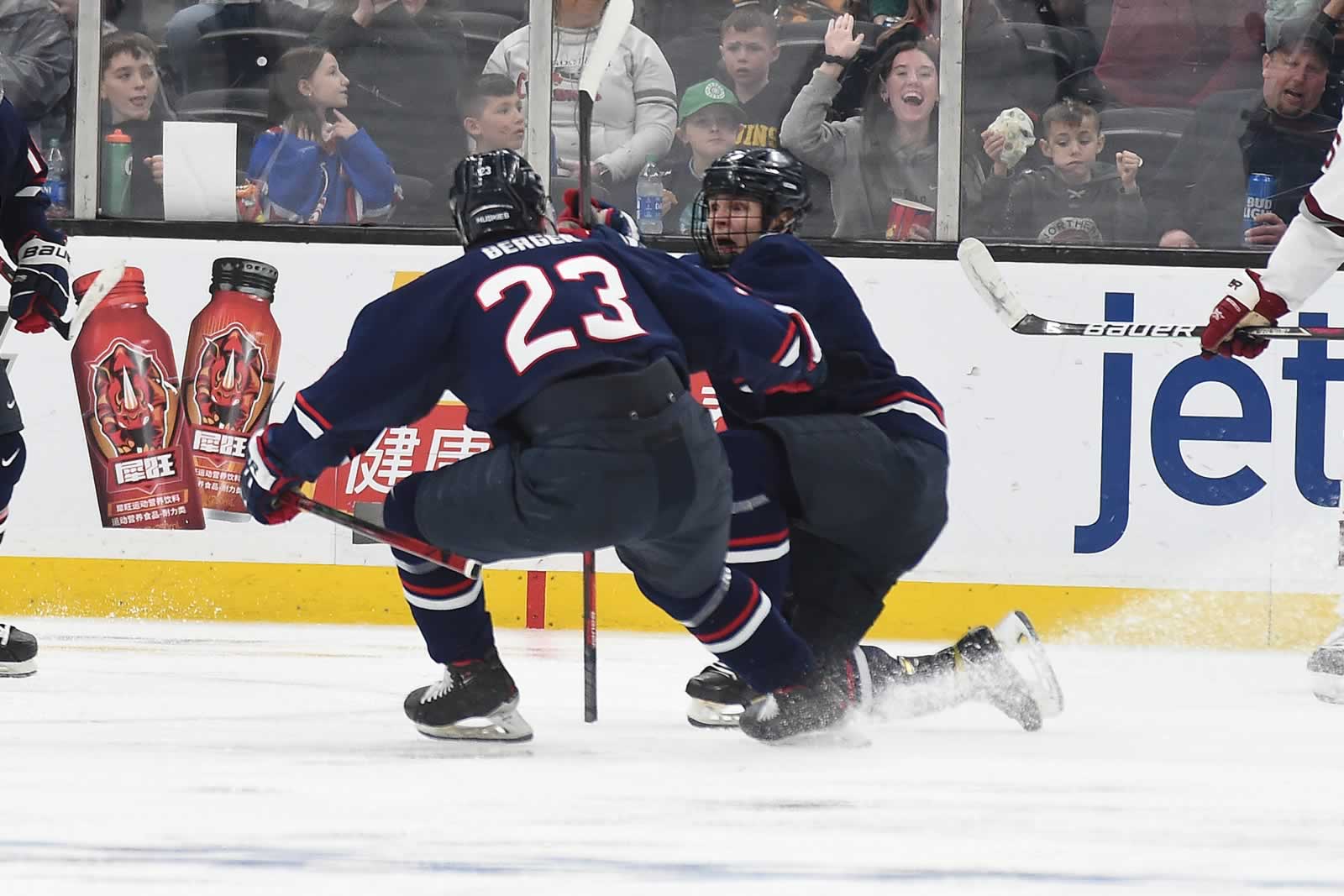 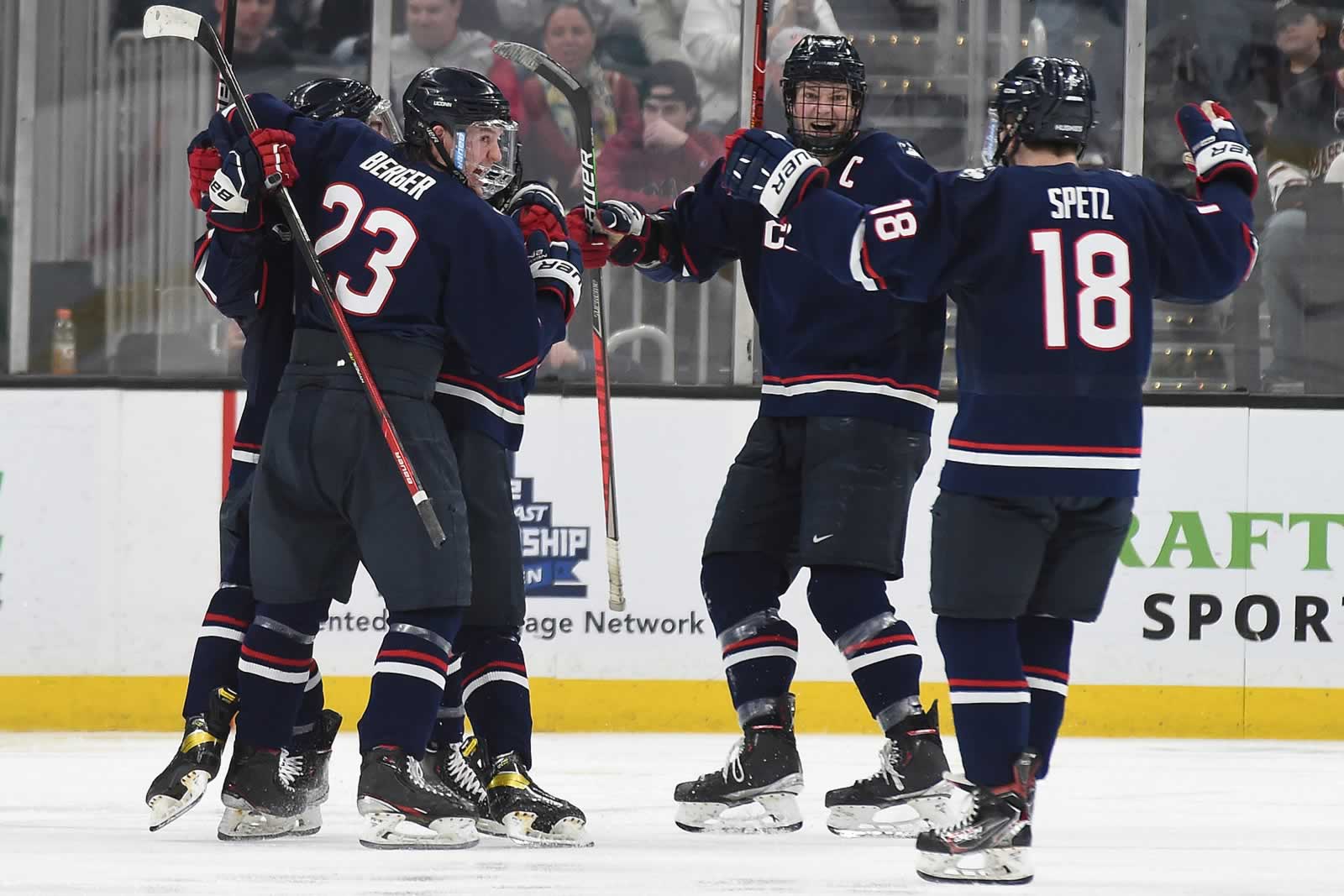 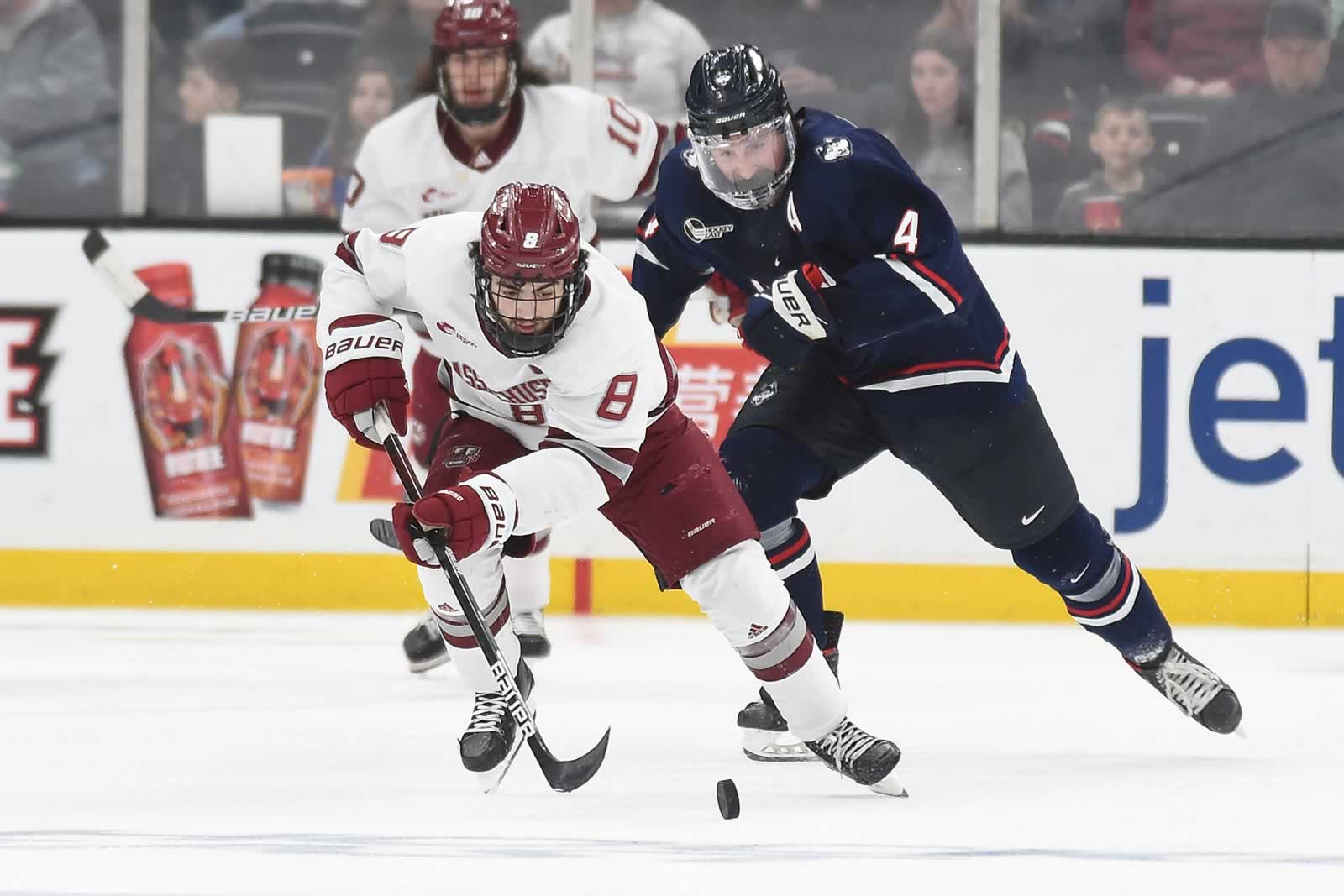 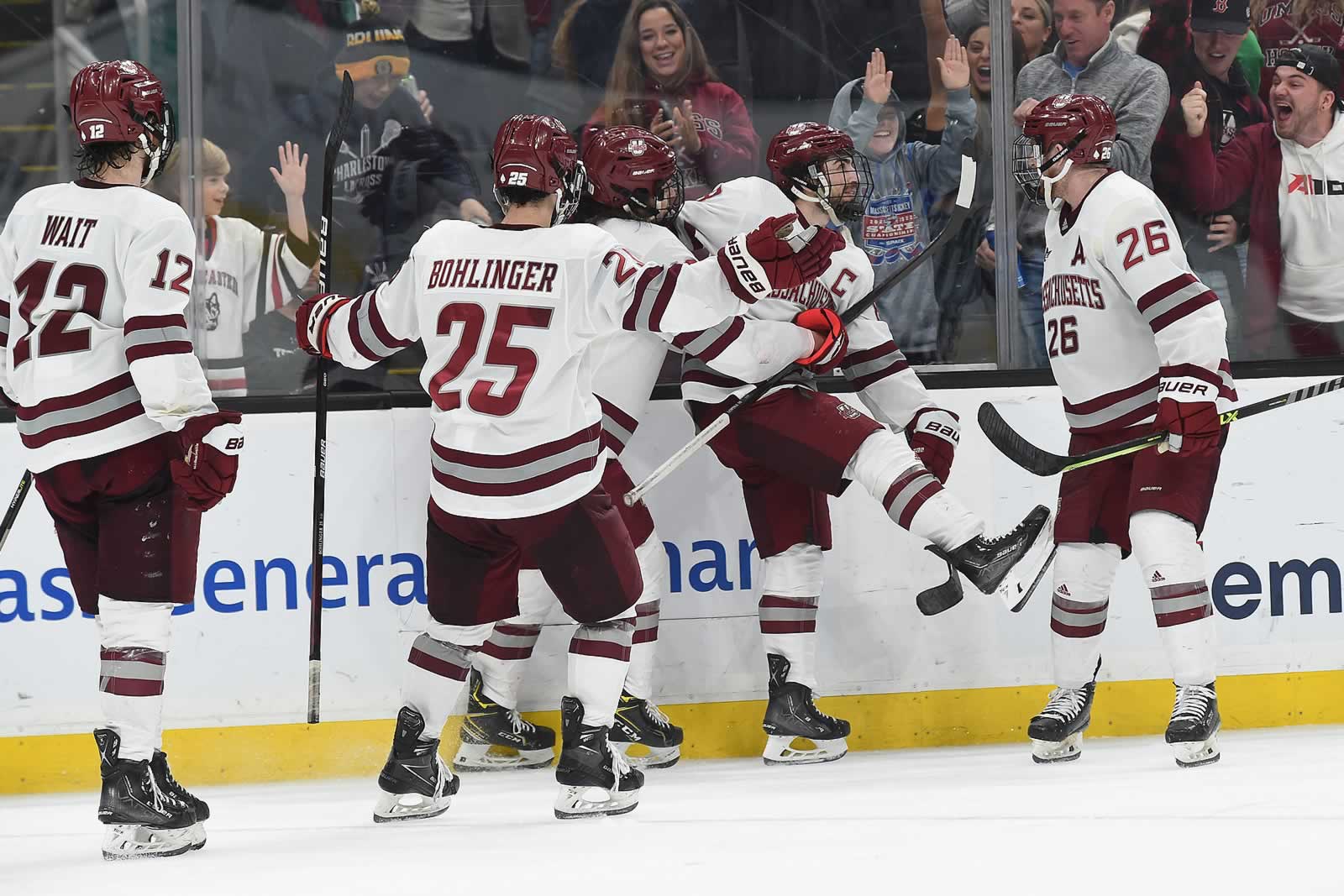 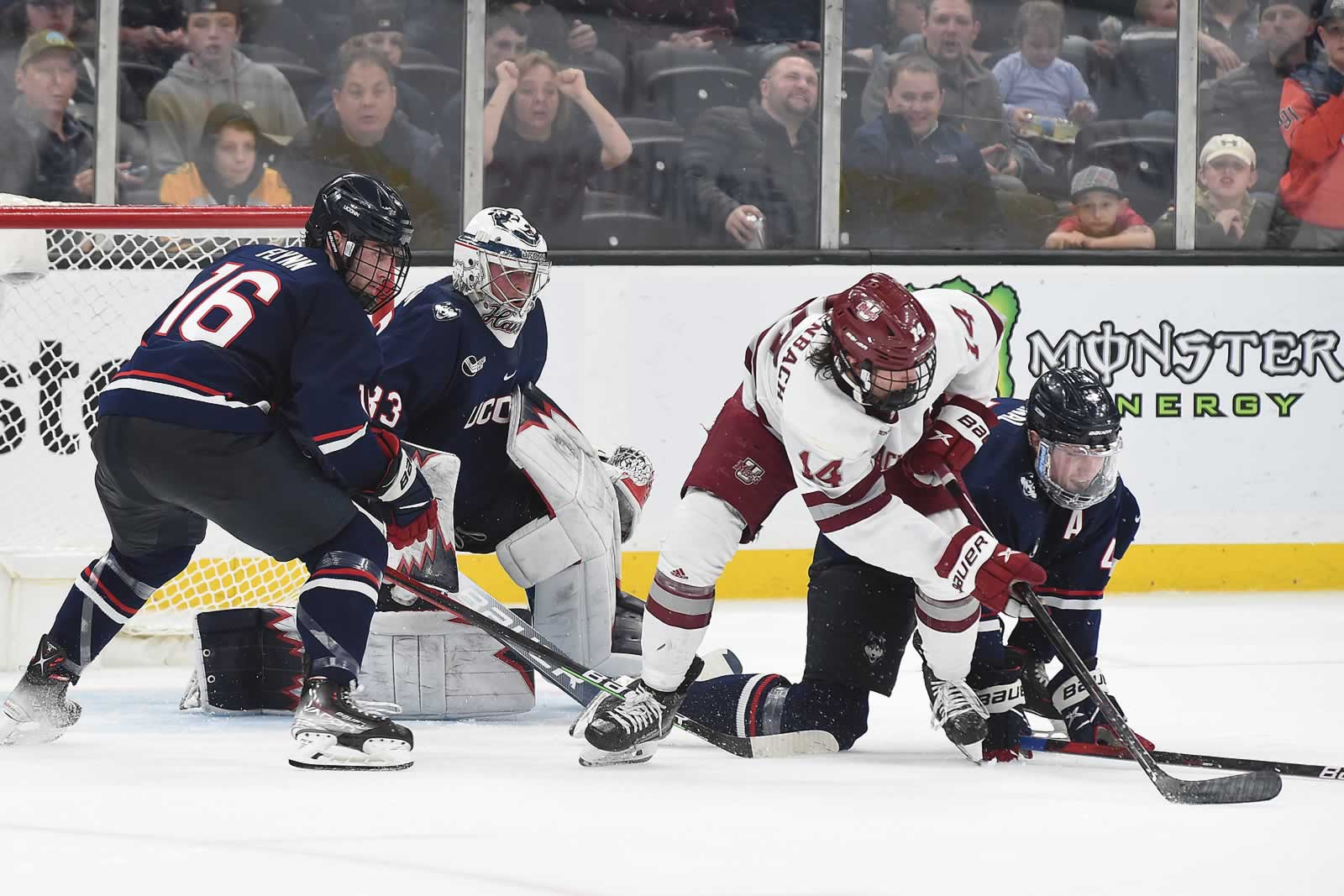 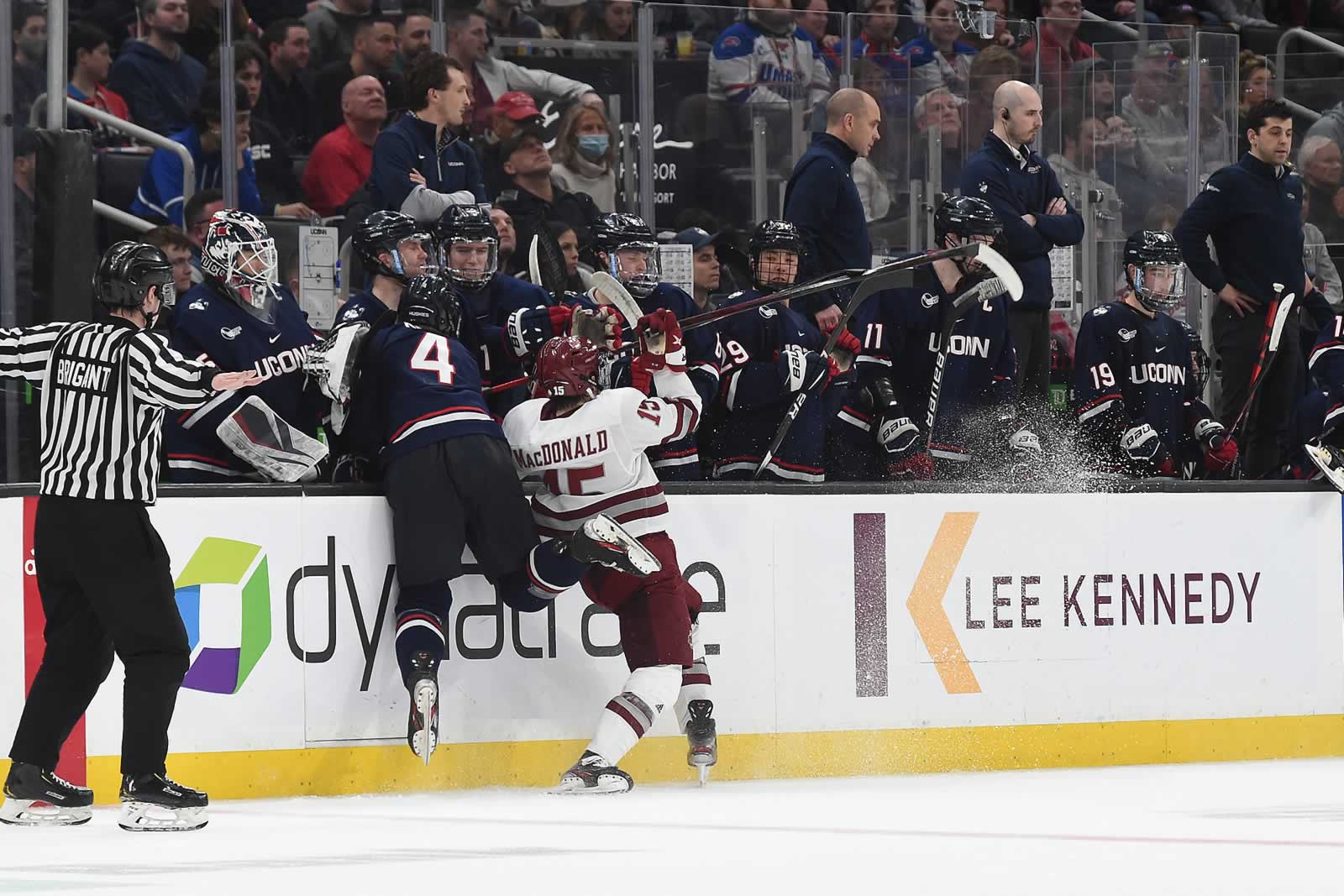 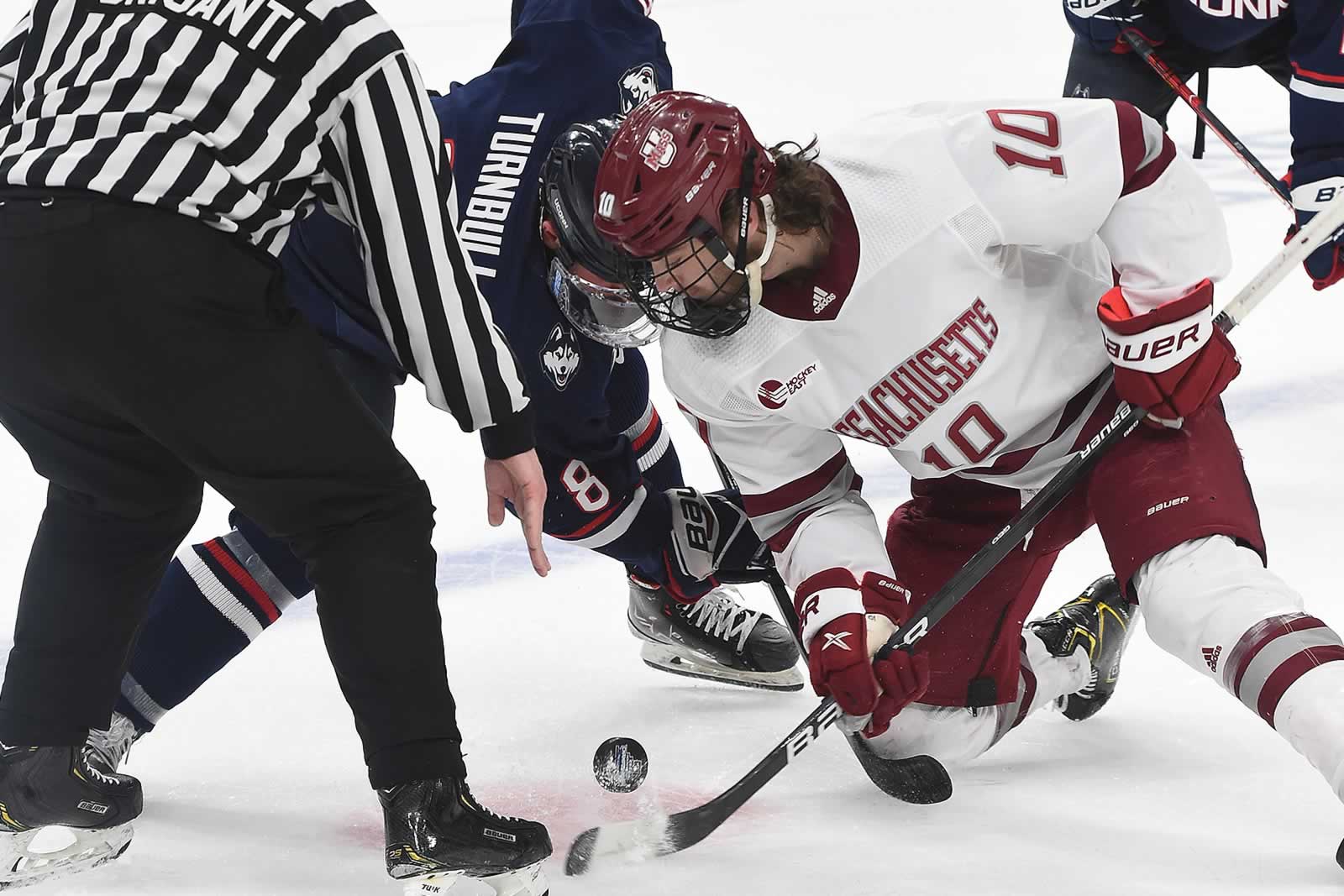 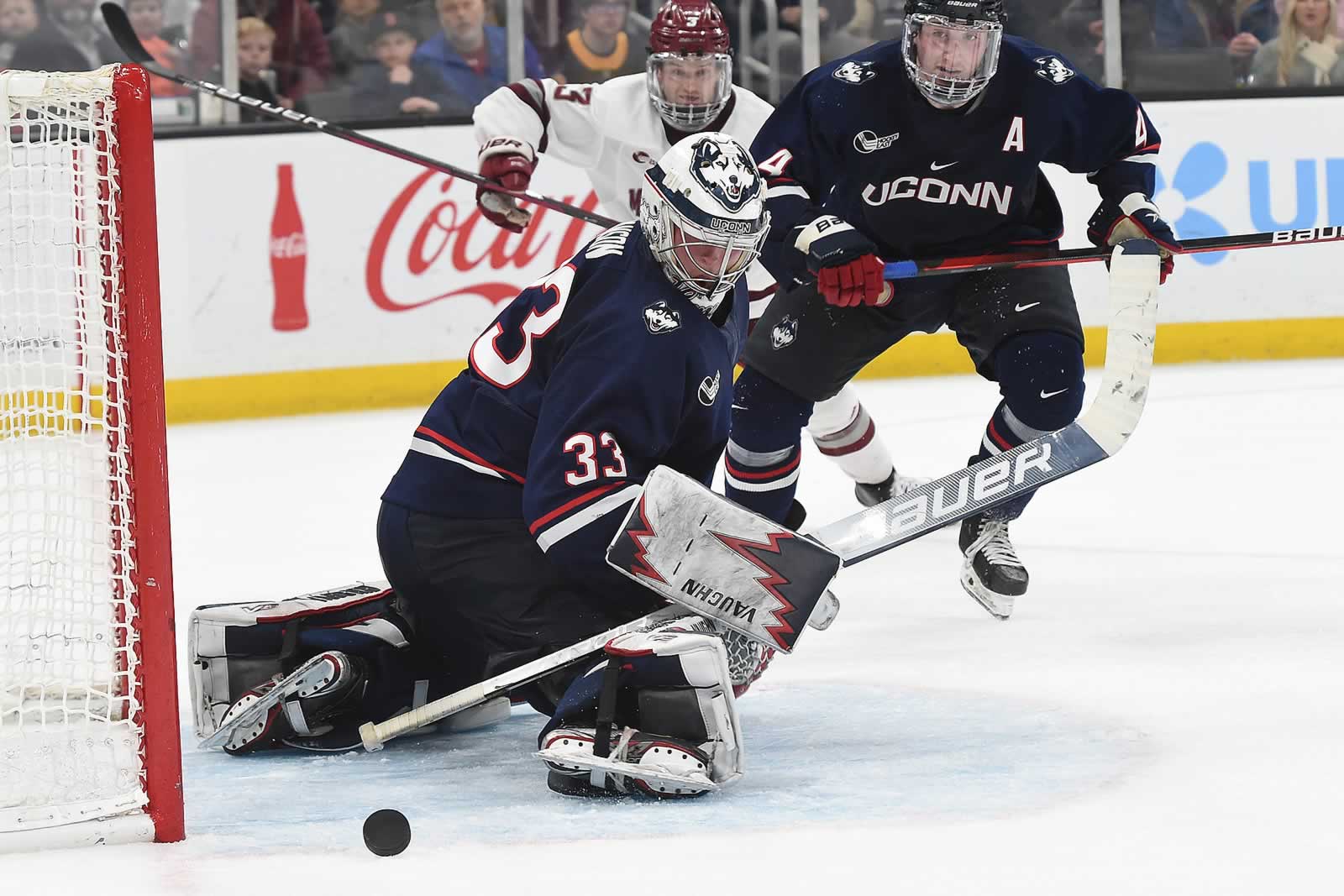 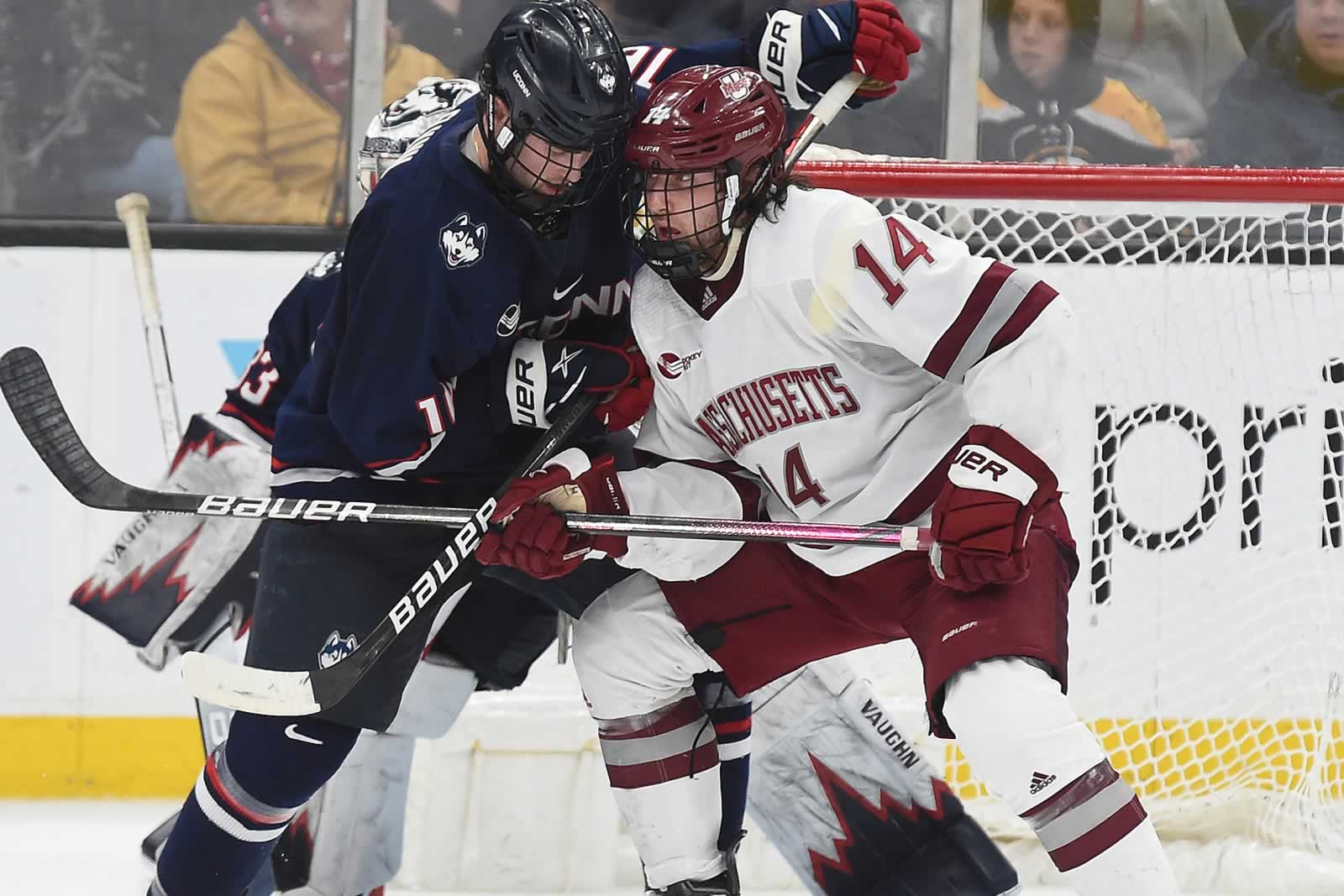 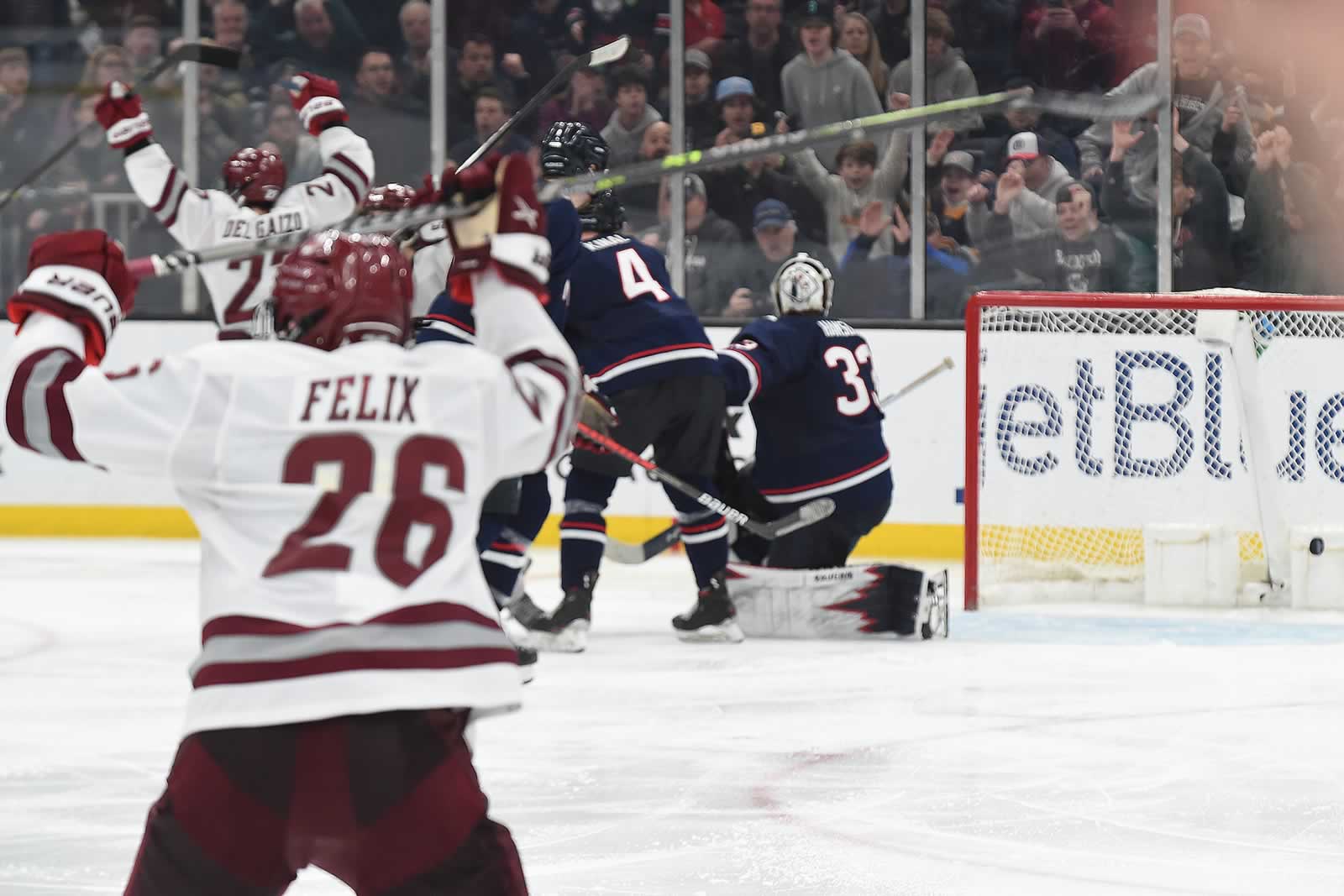 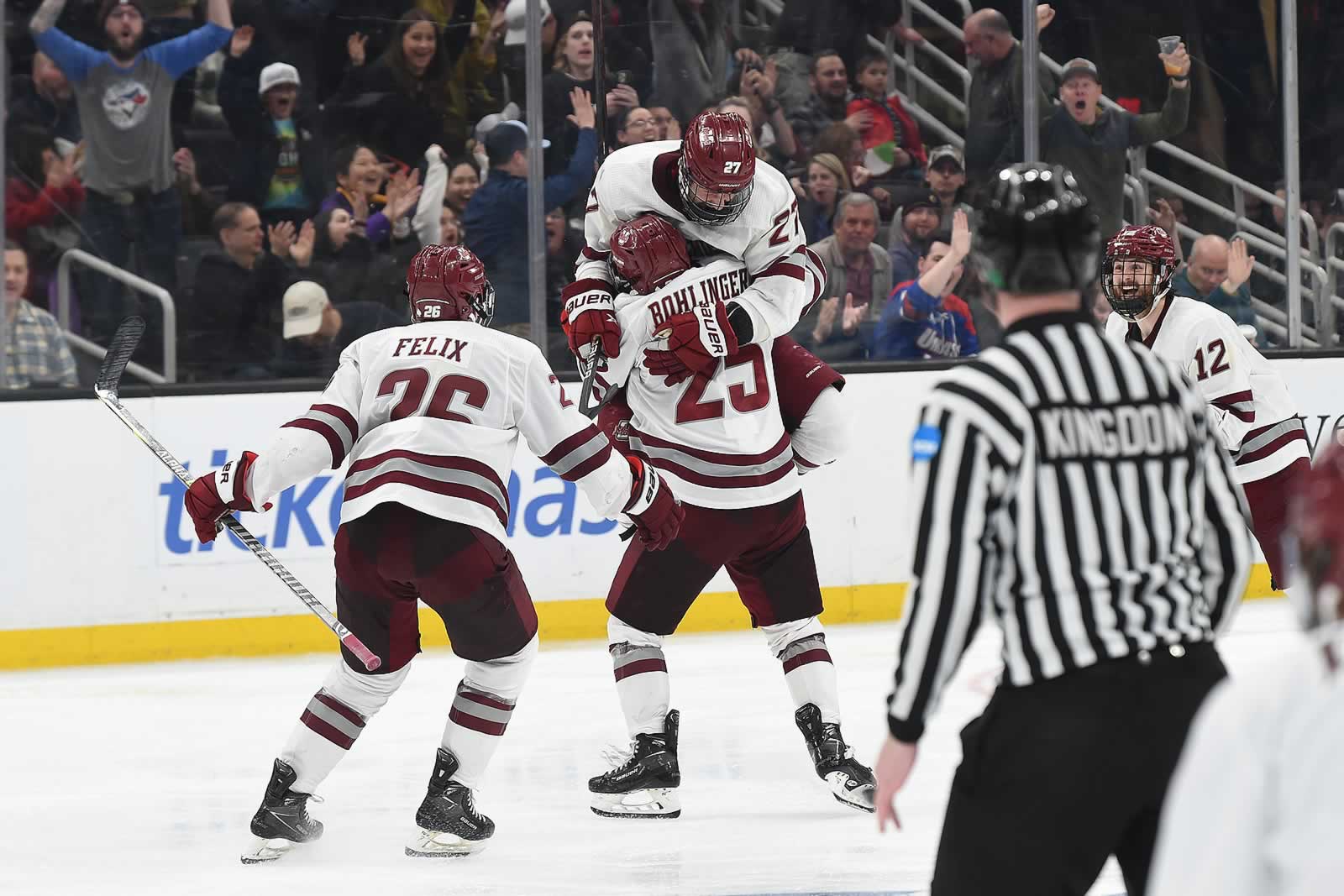 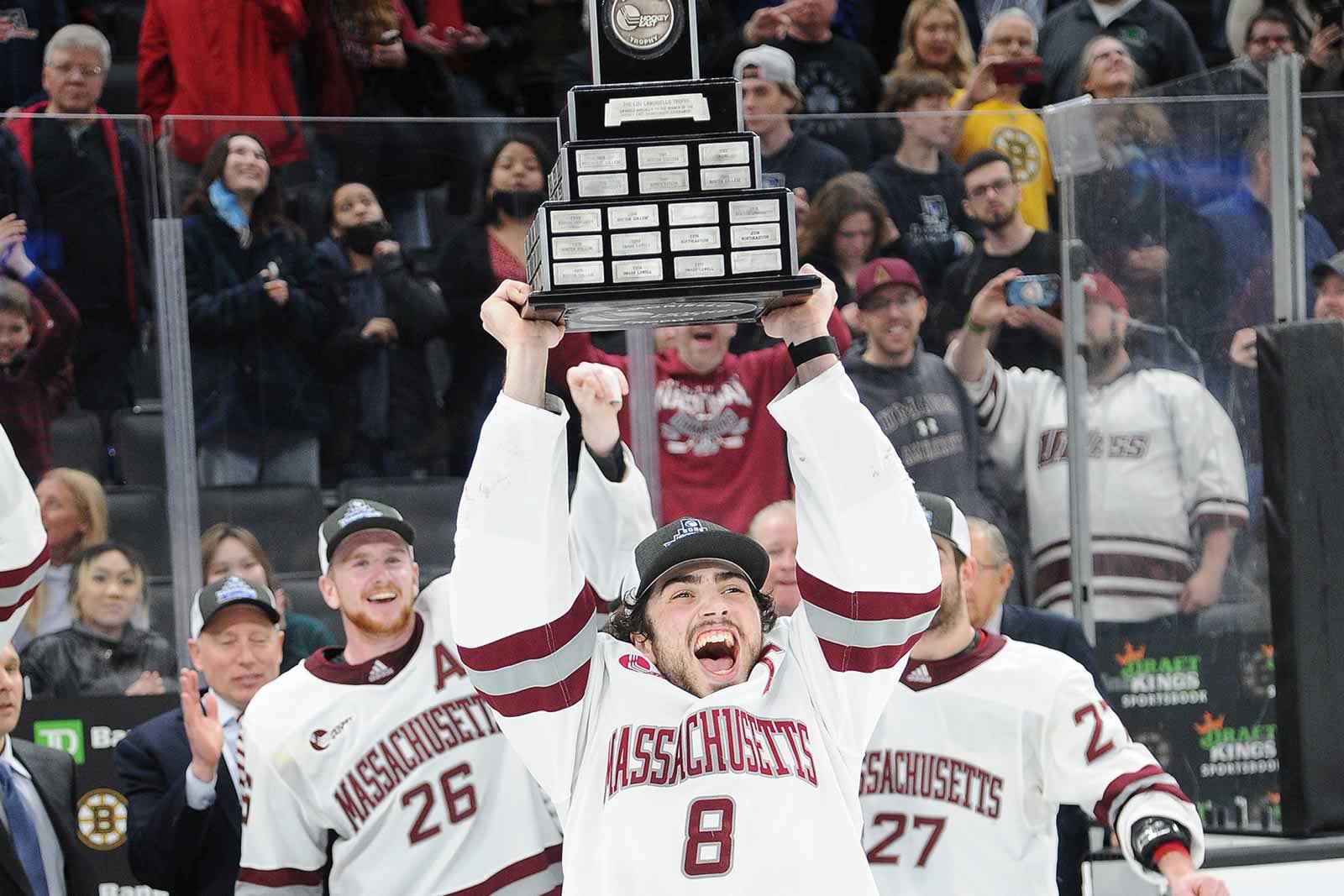 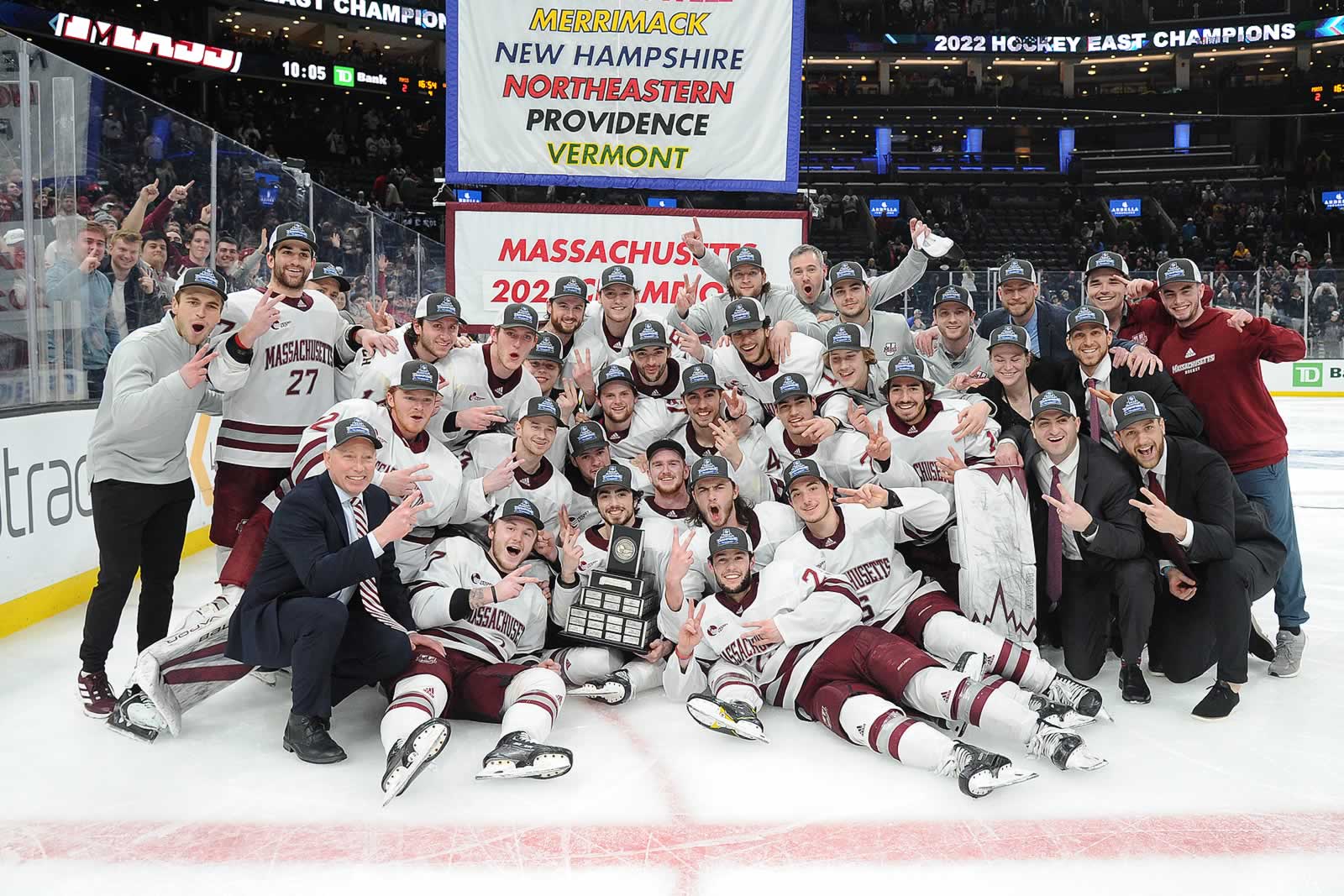 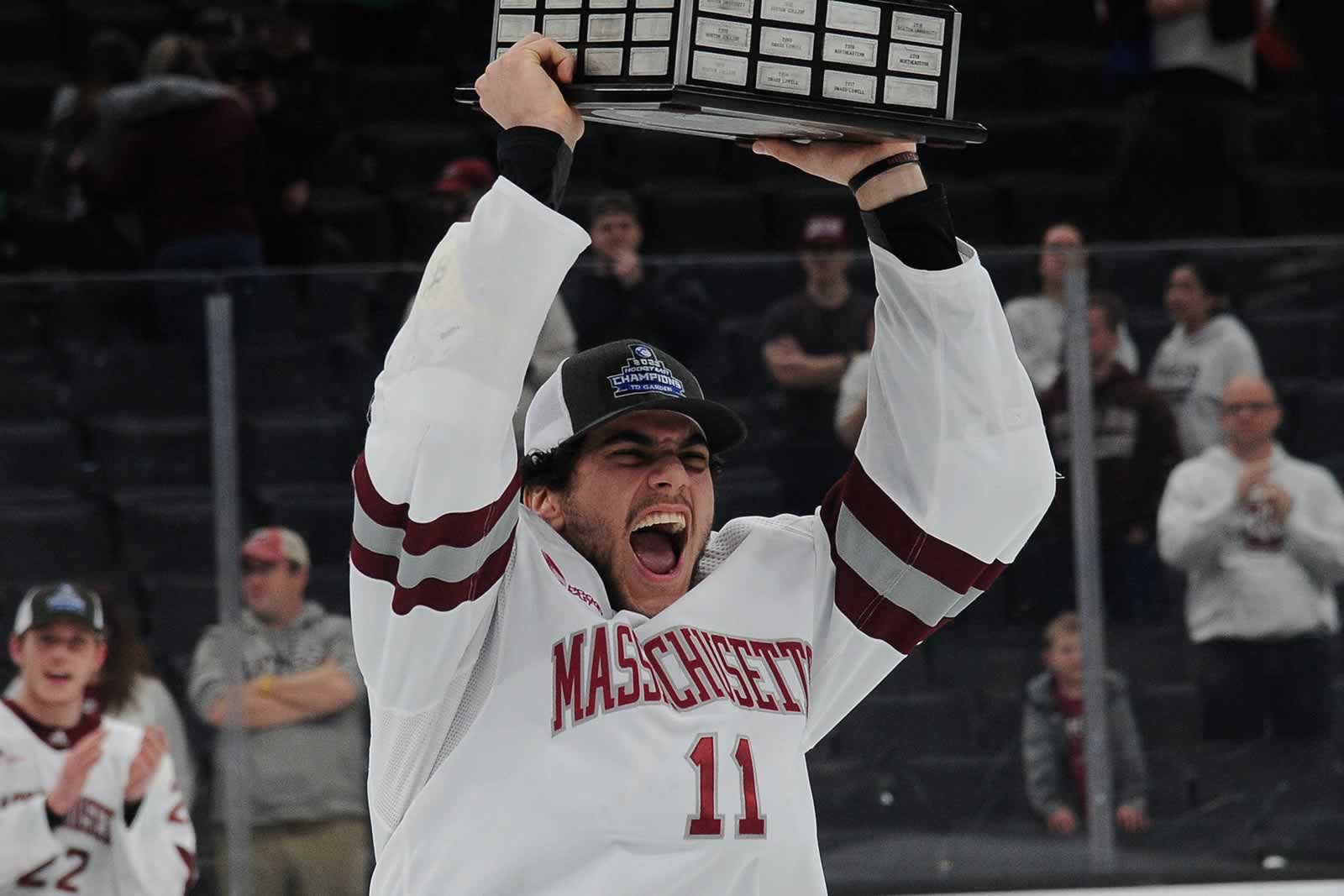