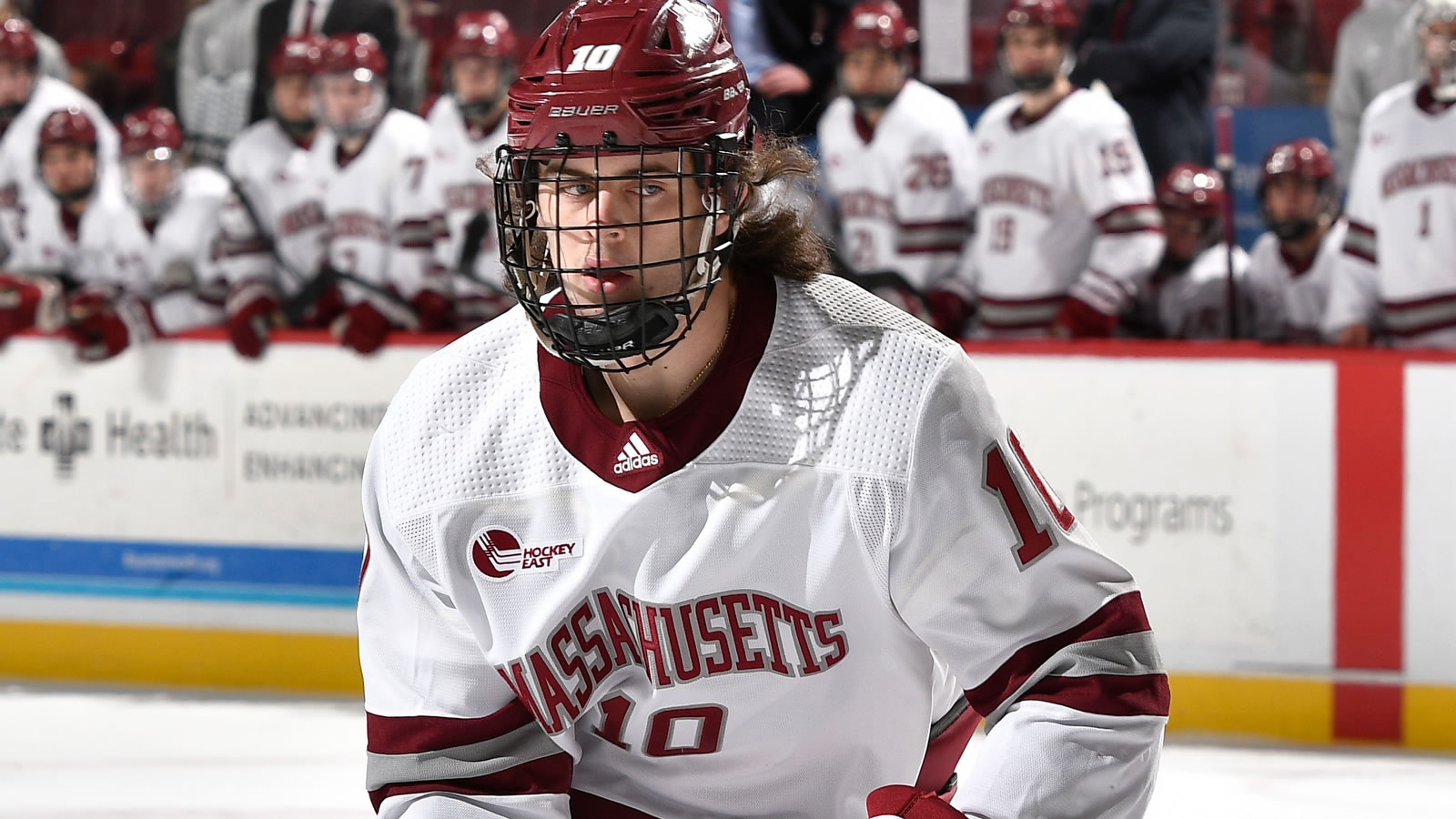 AMHERST, MASS. - Two first period goals from sophomore Josh Lopina helped No. 12 University of Massachusetts hockey skate to a 4-2 win over Providence in the Hockey East Quarterfinal round at the Mullins Center on Saturday. With the victory, the Minutemen move to 20-12-2 on the year, securing the squad's fourth straight 20-win season, while the Friars end the 2021-22 campaign at 22-13-2.

"I'm not going to feel bad that our goalie stole a game," said UMass head coach Greg Carvel. "That happened to us last weekend and turnaround is fair play. Not so sure we deserved to beat the Providence team that came here and played a really good game, but Matt Murray was the star, and we were opportunistic and it's a playoff win and we move on. Very proud of our group."

UMass opened the scoring 5:30 into the first period when Lopina circled the perimeter of the offensive zone and sent a low shot along the ice that found its way through traffic and past goaltender Jaxson Stauber with senior Bobby Trivigno and freshman Ryan Ufko collecting the assists.

Lopina struck again at the 9:51 mark redirecting a Scott Morrow shot home from the slot to convert on the power play. Ufko earned the secondary helper, his second of the night.

Trivigno then made it a 3-0 margin 7:03 into the second period, beating Stauber five-hole on the rush from Lopina and sophomore Aaron Bohlinger.

Providence took one of the goals back at the 14:01 mark when Riley Duran tipped in a Max Crozier shot from the point.

Junior Cal Kiefiuk sealed the win for the Minutemen with an empty netter 17:39 into the third before Providence capped the scoring with a goal by Matt Koopman from Kohen Olischefski at 18:24.

Lopina finished the night with three points on two goals and an assist, while Trivigno (1g, 1a) and Ufko (2a) had two points apiece.

The Friars out-shot UMass 47-19 in the contest. The Minutemen won the special teams' battle, going 1-for-1 on the power play and 3-for-3 on the penalty kill.

Graduate student Matt Murray finished with 45 saves for UMass, while Stauber had 15 stops for Providence.

The Minutemen will next face No. 3 seed UMass Lowell at the TD Garden in the Hockey East Semifinal round on Friday, March 18 at 7:30 p.m. on NESN+.