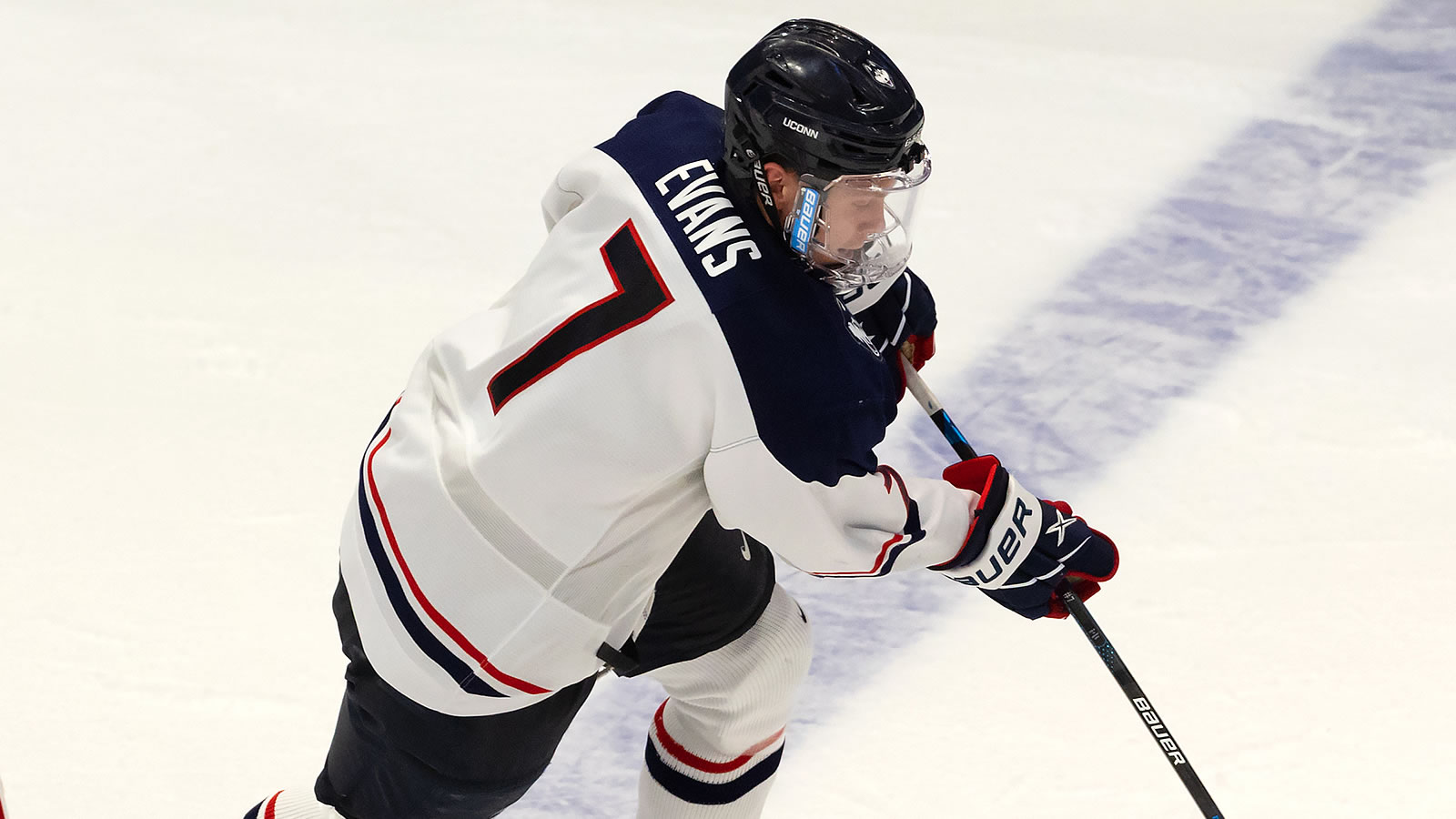 HARTFORD, Conn. - The UConn Huskies will make their first appearance in the Hockey East Semifinals at TD Garden in Boston next week thanks to a 3-1 win over No. 16 nationally ranked Boston University Saturday afternoon at the XL Center in Hartford.

The Huskies earn the program's first postseason win since joining Hockey East in 2014-15, ending an 0-11 streak to advance out of the quarterfinal round and on to Boston for championship weekend. The win is UConn's 19th victory on the season, their most during the Hockey East era and under head coach Mike Cavanaugh and the highest win total since the 2012-13 campaign (19-14-4).

BU, 19-13-3 overall, pulled withing 2-1 at 13:01 in the third period as Domenick Fensore scored on the power play. The Terriers got their goaltender off late for the extra attacker but the Huskies held BU at bay and freshman Chase Bradley (St. Louis, Mo.) put the icing on the win with an empty net goal with 10.5 seconds to play.

UConn goaltender Darion Hanson (East Bethel, Minn.) made 38 saves on the night, 19 in the third period, to earn his 19th win over the season, establishing a new UConn Division I school record for wins in a season. Hanson also collected his second assist on the season, getting a helper on the empty net goal.

The Huskies put consistent offensive pressure on BU the entire first period, outshooting BU 18-10, and it paid off with the game's first goal at 16:00. Senior Jachym Kondelik (Budejovic, Czech Republic) won a puck battle in the corner and fed the puck out high to Jake Flynn (Bridgewater, Mass.) who fired on net. Firstov curled back in the right circle down low and was able to get a deflection past Commesso for his 10th on the season and a 1-0 lead.

UConn held off the Terriers early in the period then pushed their lead to 2-0 at the 10:26 mark. Setting up in the BU zone, Carter Turnbull (Nanaimo, British Columbia) controlled the puck behind the net and found Ryan Wheeler (Lancaster, N.Y.) up at the top of the left circle. Wheeler's shot was turned away but Evans was sitting at the right post to collect the loose puck and poke it home for a 2-0 lead on his sixth of the year.

The Terriers came out pressing right out of the gates and put 20 shots on net in the final period looking to tie the game up. BU got a power play chance at 12:24 and capitalized with a goal at 13:01. The puck cycled to the point where Fensore let rip and got the puck through traffic and past Hanson to pull BU within 2-1.

The Terriers got Commesso off with 1:53 left to play for the extra skater but the UConn defense stood tall. After a Hanson stop, senior Marc Gatcomb (Woburn, Mass.) chipped the puck up ice and Bradley found it, burying on the open net for the 3-1 win.