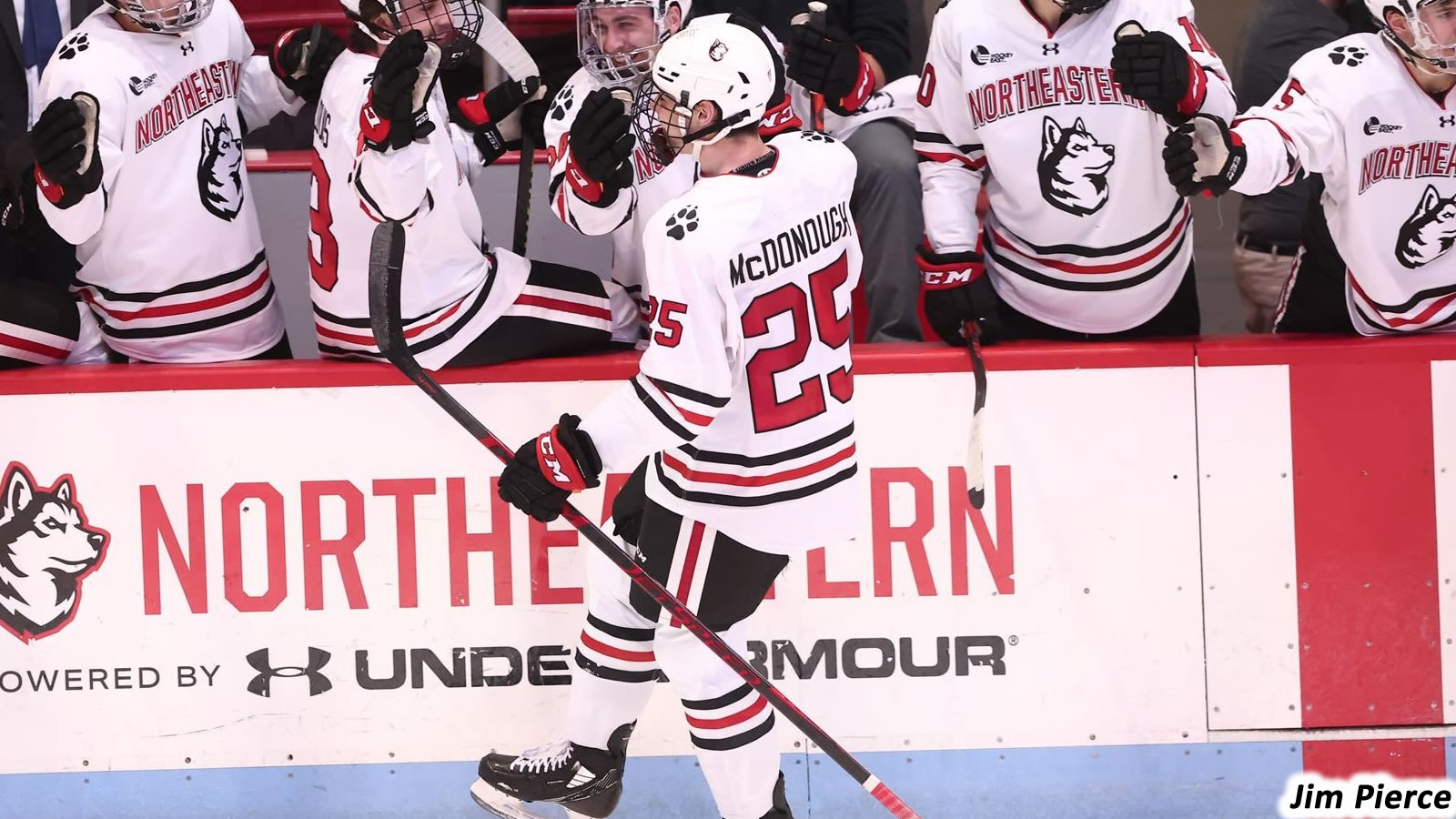 NORTH ANDOVER, Mass. - For the first time in the 38-year history of Hockey East, Northeastern men's hockey (24-11-1, 15-8-1) has claimed the regular season championship, and the #1 overall seed in the Hockey East tournament after defeating Merrimack College (18-14-1, 13-11-0) by a score of 1-0 at Lawler Rink. A defensive battle throughout, the game was decided with just 9.5 seconds left on the game clock off a Northeastern faceoff with 14 seconds left in regulation.

- The two teams skated to a stalemate in the first period, after a 12-10 shot lead for the Huskies.

- Merrimack jumped out to take the shot lead by the end of the second, 21-18, but neither team found the score-sheet. The first penalties of the game were called midway through the period as matching minors, resulting in a 4-on-4 situation.

- Northeastern got the first and only power play opportunity of the game at 12:25 into the third period - the Merrimack penalty kill held strong and created a short-handed chance that was stifled by Jayden Struble in front of the net.

- With an icing call against Merrimack with 14.5 seconds left in regulation, the Huskies took an offensive-zone face off won by Jack Hughes (8) which he pushed into the corner and chased down; he eventually found Aidan McDonough (23) camped out in front of the crease who one-timed it into the glove-side of the net with 9.5 seconds left on the clock to seal the victory.

- Northeastern has outscored opponents 42-14 in the third period of games this season.

- Devon Levi (20-8-1) stopped all 29 Merrimack shots on net, notching his 10th shutout of the season. He is now tied for fourth all-time in single-season wins by a Northeastern goaltender.

The Huskies await the lowest-remaining seed after the Hockey East opening round; they will host that team in the Hockey East quarterfinals next Saturday, March 12 at Matthews Arena. Puck drop time is TBA.