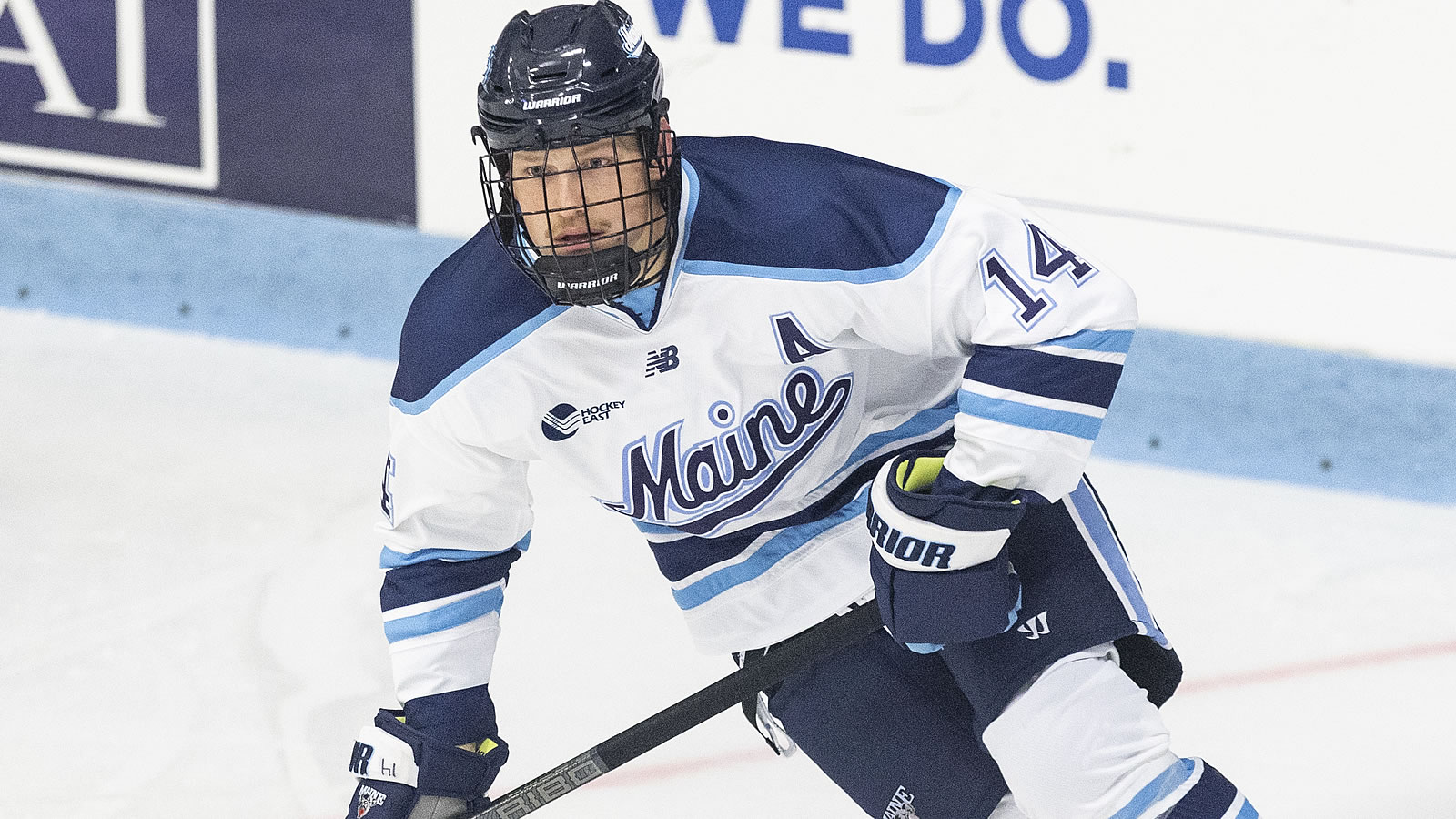 First Goal (1-0 Maine): AJ Drobot scored the first goal of the night at the 8:03 mark of the first period. Keenan Suthers kept the puck behind the BU net. Nolan Renwick corralled the loose puck and found Drobot. The junior forward stuffed the puck between Drew Commesso's legs and into the goal. Maine led 1-0 early in the contest.

Second Goal (2-0 Maine): Lynden Breen did the work, but Matthew Fawcett scored the second goal of the night. Breen sprinted past the entire Terrier defense and fired a shot off Commesso. The rebound found Fawcett who buried the puck. Maine led 2-0 but was not done with the first period.

Third Goal (3-0 Maine): The Black Bears found the back of the net off the stick of Nolan Renwick. David Breazeale flipped a shot off Commesso, which was a theme of the first period. Renwick collected the deflection and scored his fourth goal of the year.

Fourth Goal (4-0 Maine): Scoring the third goal in 1:07 of game play, Ben Poisson scored for the second consecutive night. Breen won a face-off to Donavan Villeneuve-Houle, who fired a shot. It found its way to Poisson. At the end of the first, the Black Bears held a 4-0 lead.

Fifth Goal (5-0 Maine): Jacob Schmidt-Svejstrup made sure his squad did not give up. The senior simply outworked every single player on the ice for Maine's fifth goal of the night. The puck was dumped the length of the ice. The senior's unrelenting effort turned into the first goal of the second period.

Sixth Goal (6-0 Maine): The goals kept coming in the middle frame. Fawcett and Schmidt-Svejstrup played a quick game of pass before finding Grant Hebert. Left alone, the senior had no issues scoring the sixth goal of the evening. 8:19 into the second, Maine led 6-0.

Eighth Goal (7-1 Maine): Lynden Breen kept finding the back of the net in the third period. The junior scored his first of the night, giving Maine a six goal lead.

Ninth Goal (8-1 Maine): On his senior night, Keenan Suthers scored a beautiful goal from between the dots. It was the final goal of the night as the score stood, 8-1.

Matthew Thiessen stopped 32 shots for the Black Bears, while Drew Commesso tallied 10 saves before being pulled for Vinny Duplessis. The sophomore stopped 20 stops for Boston University.

Maine went 1 for 6 on its power play opportunity, as the Terriers were 0-7 on its player advantages.

The Black Bears blocked 12 shots and won 37 face-offs as a team.