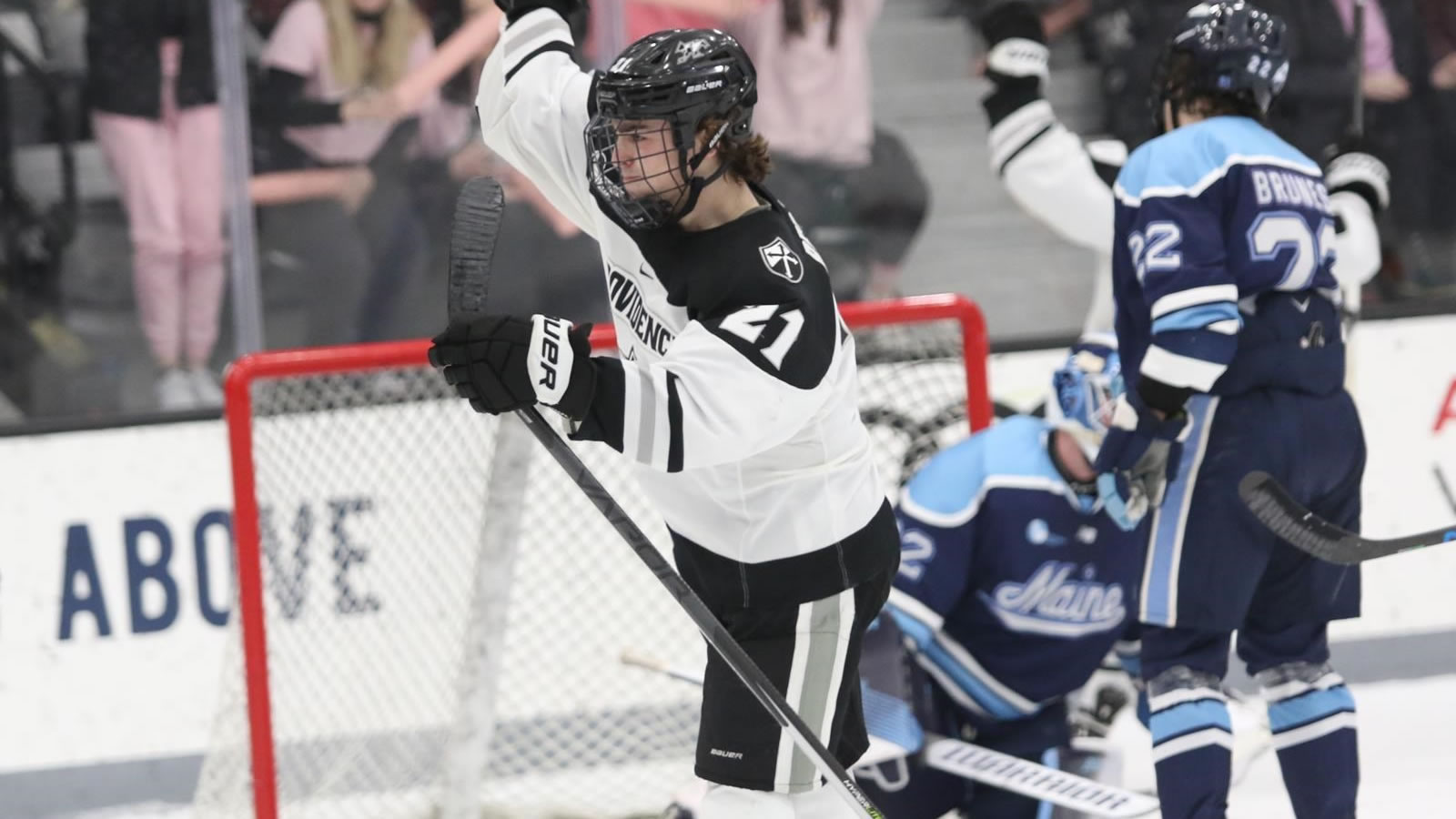 PROVIDENCE, R.I. - Brett Berard scored twice, including the game-winning goal in overtime on a solo rush as the No. 19 Providence College men's hockey team rallied from a 2-0 hole for a 3-2 win over Maine on Saturday afternoon at Schneider Arena.

- The Black Bears raced out of the gates, grabbing a 2-0 lead just 5:11 in on goals from Nolan Renwick and Adam Dawe.

- Berard got the Friars on the board at 5:30 of the second period after receiving a pass from Chase Yoder, who forced a turnover in the Maine zone.

- Despite three power plays in the third period, including a brief 5-on-3 early in the period, Providence couldn't convert.

- Max Crozier knotted the game 4:50 into the third period with his seventh goal of the season, batting an airborne puck to the back of the net after a Jamie Engelbert rebound.

- Providence held a 12-4 shot advantage in the third period.

- In overtime, Berard intercepted a pass and went coast-to-coast, finishing on the backhand for his 17th strike of the season and second of the night to win the game.

- The Friars improved to 17-0-0 when scoring three or more goals this season.

- Providence has suffered only three losses over the last 27 meetings between the schools.

Providence will host the U.S. NTDP Under-18s next Friday night at Schneider Arena in an exhibition contest.