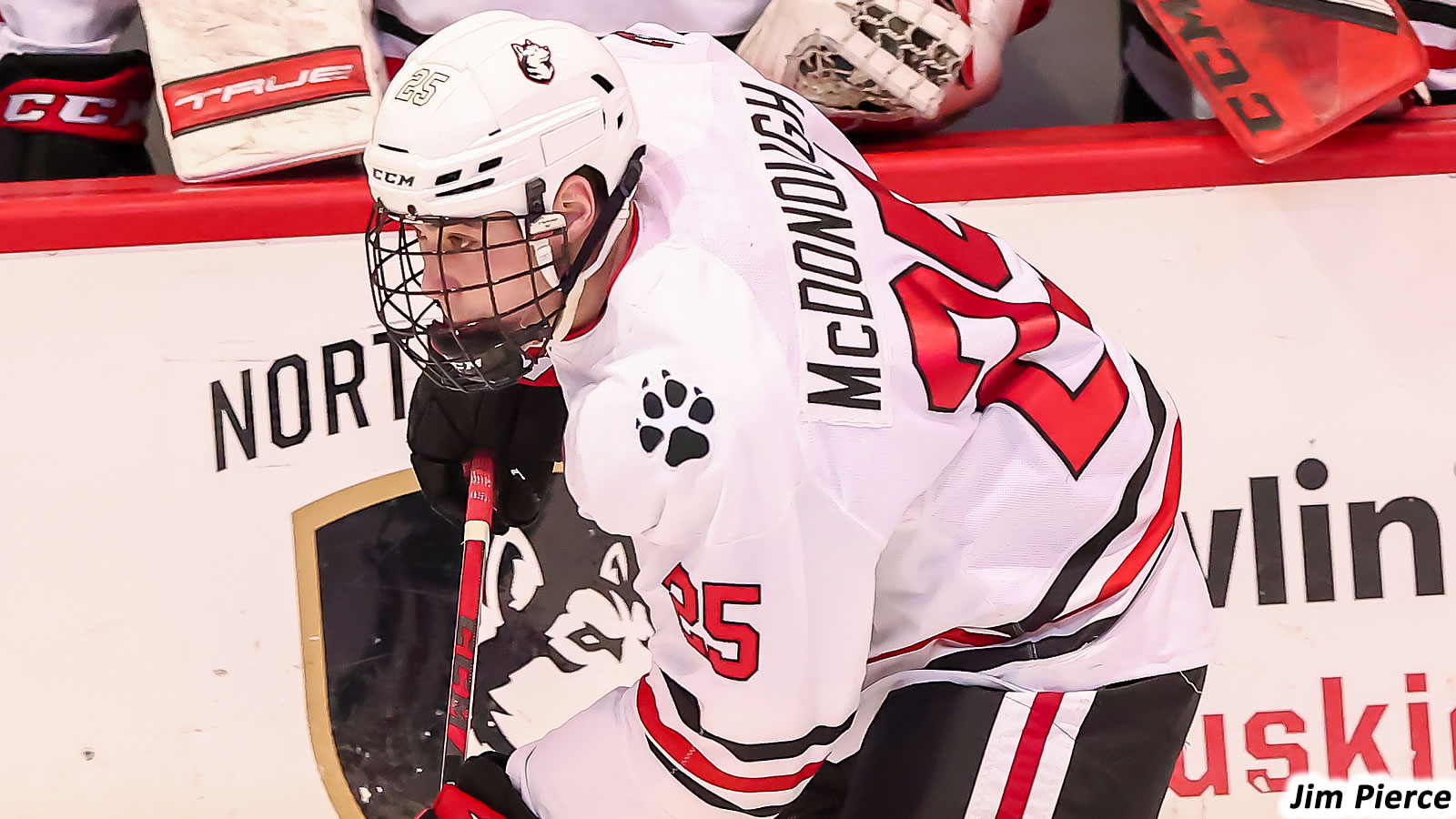 The Huskies were led by a three-point performance from Aidan McDonough (1g, 2a) and a career-high, school-record tying 60 saves by returning Olympian Devon Levi, getting his first start in net since January.

- Northeastern got on the board first with a goal by Gunnarwolfe Fontaine (7) 10:47 into the first frame. His opposite winger, McDonough (9), battled a UConn defender in the offensive zone and stole the puck away and passed to an awaiting Fontaine. Gunnar's first shot was saved but he had space to pick up the rebound and backhand it in past Darion Hanson.

- Neither team was whistled for a penalty in the first, but both teams had a chance on the power play in the second. Northeastern killed UConn's lone power play chance, and UConn killed off NU's two opportunities.

- Northeastern opened the third with a goal just 2:47 in; an up-ice rush started by Jayden Struble (7) ended up on the stick of McDonough (10) who found Ty Jackson (5) on a two-on-one with the goaltender, and Jackson hit the open net for the 2-0 lead.

- NU tallied a third goal after UConn pulled their goaltender with just under four minutes to play. Aidan McDonough (19) tallied his third point of the evening as he skated up to the UConn blue line and fired home the empty-netter. Primary assist went to Devon Levi on the play.

- After the third goal UConn once again pulled their goaltender and got an extra-attacker goal to bounce through off the stick of Hudson Schandor to spoil the shutout.

- Devon Levi improves his season record to 17-7-1 on the year after setting a new career-high in saves, his previous career-high coming against Arizona State,

The Huskies will battle again this Saturday, February 26 at 3:05 p.m. at the XL Center in Hartford to wrap up the season series, now knotted at 1-1-0.