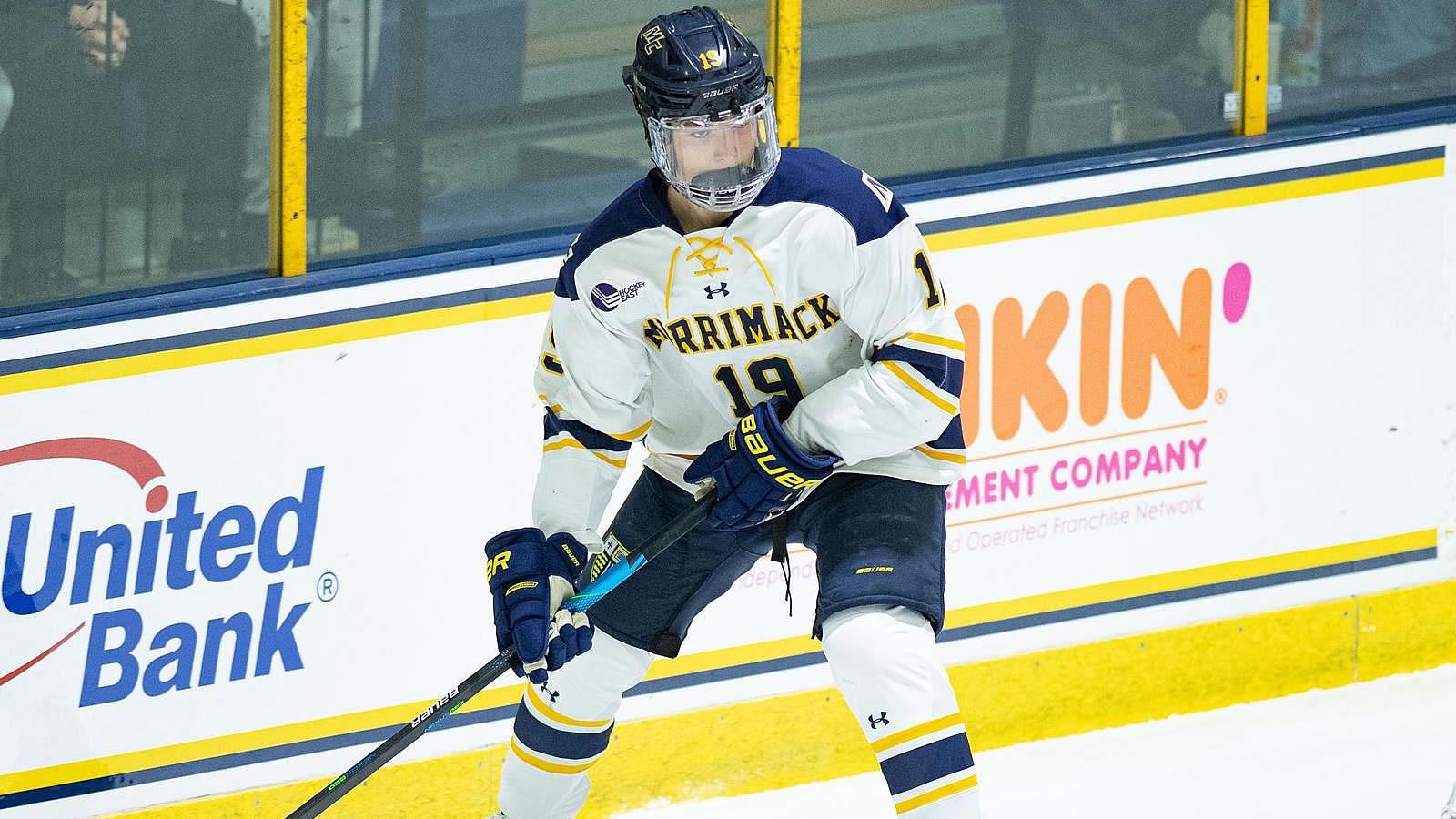 Vermont scored early in the third period to take a 2-0 lead, then the scalding hot Merrimack power play went to work in the second half of the frame. Jefferies scored on a scramble with 6:20 to go in the third, then Steven Jandric tipped in a point shot from Zach Vinnell with 3:48 to tie the game. After Merrimack nearly won it on a few chances late in the third and early in overtime, Jefferies won a loose puck battle to knock the game-winner home with 2:17 left in the extra session.

It completed a dominant weekend for Jefferies, who scored three goals on the weekend and had four goals during the teams' three-game series dating back to last week. Merrimack continues its incredible late season push and now has nine wins in its last 11 games to continue to climb the Hockey East standings.

Jandric factored into all three Warrior goals for a trio of points and Max Newton continued to pace the team in points with a pair of assists.

- Vermont had the better of it shot wise in the opening 10 minutes, then Merrimack had its turn with a few chances in the opening period. Jake Durflinger took advantage of a fortunate bounce while shorthanded for a breakaway chance that was stopped, then Jandric had a breakaway of his own with under a minute to play, but couldn't slide it home.

- On the defensive end, Zachary Borgiel was in control in the Warrior goal. He stayed tight and did not allow much in terms of rebound chances and made 16 saves on as many shots to keep it scoreless after 20 minutes.

- The high quality scoring chances continued to mount in the second period, but it was the Catamounts that scored the game's first goal 8:13 into the second to take a 1-0 lead.

- Merrimack continued to pepper the Vermont goalie with shots and had an 11-5 edge in shots on goal in the frame, but could not convert.

- Vermont looked to start and ice the game away early in the third when it scored just 3:27 in on a wrist shot from the right faceoff circle.

- Merrimack refused to go away and it paid dividends. The power play unit went to work with 7:30 to go in the frame and quickly changed the tone of the game. Jandric took a Logan Drevitch feed at the far goal line extended and centered to the slot for Newton for a one-timed chance, but the graduate student didn't get much on it. The loose puck then fell to Jefferies, who quickly shoveled the puck into the back of the net.

- The Warriors got another man advantage chance a minute and a half later thanks to a slashing call and it was all they needed to tie the game. Newton took the puck in the far faceoff circle and backhanded a pass to center point for Vinnell. The defenseman changed faked a shot to open a shooting lane, then wristed one towards goal that hit Jandric on the way through for the game-tying goal.

- Merrimack nearly won the game in the third period, but the game pressed on to overtime. In the extra session, Jandric left the puck for Zach Uens behind the Warrior net, then went for a change. Jefferies took it from Uens, then wound up with speed in his own end. Jefferies entered the zone, then sent it to Uens on the far side. The defenseman returned it in front, then Jefferies found a way to get a stick to it for the game-winning goal.

- It was Jandric's second three-point game of the year and he now has nine points in his last five games.

- Newton has points in six of his last seven games for 10 points on two goals and eight assists.

- Jefferies, Christian Felton and Declan Carlile all tied for the team lead in blocked shots with two.

- Durflinger tied for the game-high in shots with five.

- Newton, Mick Messner and Liam Walsh all finished .500 or better at the faceoff dot.

- Jefferies and Ben Brar both had +1 ratings on the night.

- Merrimack sits in third place alone in the Hockey East standings with 36 points at the end of day Friday. It is four points behind league leaders UMass Lowell and Massachusetts.

- Borgiel ended his night with 27 saves for his eighth win of the season.

The Warriors are next in action Feb. 26 for a 7:00 pm puck drop at the Whittemore Center against New Hampshire.