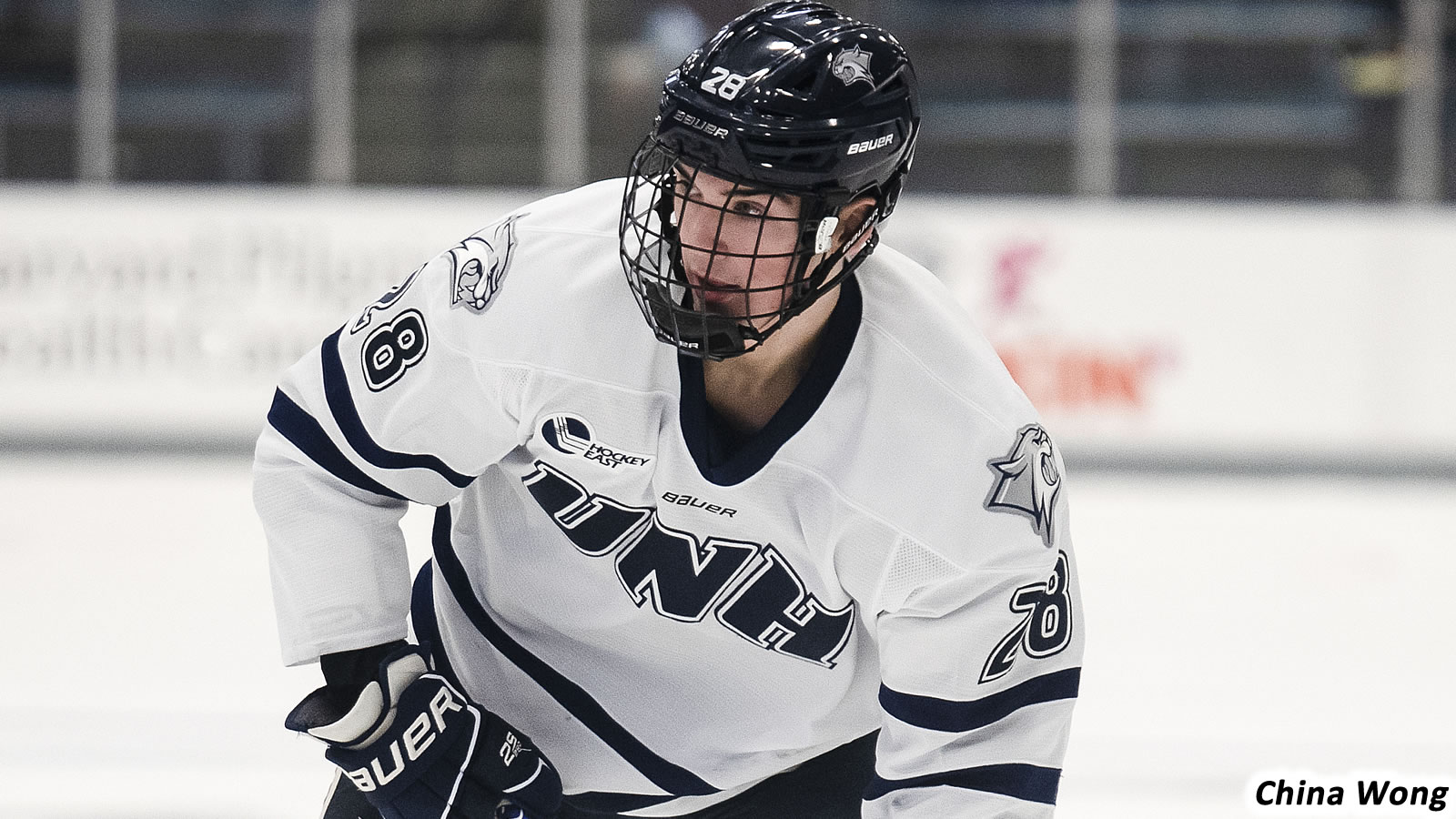 ORONO, Me. - Freshman forward Liam Devlin (Needham, Mass.) scored the game-winning goal, while senior forward Tyler Ward (Kamloops, British Columbia) and freshman defenseman Alex Gagne (Bedford, N.H.) each totaled one goal and two assists for three points as the University of New Hampshire men's hockey team defeated Maine, 5-2, on Saturday evening at Alfond Arena. The Wildcats improve to 14-15-1 (8-12-1 HE) and the Black Bears fall to 6-18-4 (4-14-2 HE).

The Wildcats return to action when they take on Merrimack at the Whittemore Center on Saturday, Feb. 26 at 7 p.m. for Game Show Night presented by EnviroVantage. Go here for tickets or call 603-862-4000.

- At 10:17 of the first period, the Wildcats went on a five-minute major power play and took advantage of it at 12:35 when sophomore forward Nick Cafarelli (Middleton, Mass.) scored on a rebound for his third goal of the season. Gagne and Ward each posted an assist on the goal.

- The Black Bears responded when Matthew Fawcett fired a shot that ricocheted off the post and to the back of the net at 17:43 to tie the game at 1-1.

- Just 59 seconds after the opening faceoff of the second period, Ben Poisson went on a breakaway as his shot initially was ruled a save by senior goaltender Mike Robinson (Bedford, N.H.), but after video replay was called a goal giving the Black Bears a 2-1 advantage.

- The Wildcats scored their second power play goal of the contest when Ward found the back of the net off a rebound to tie the game at 2-2 at 13:40 of the second period. Junior defenseman Kalle Eriksson (Leksand, Sweden) and Gagne tallied assists on the score.

- The Wildcats moved out to a 3-2 lead at 3:13 of the third period when Devlin netted his ninth goal of the season. Senior forward Jackson Pierson (Zionsville, Ind.) sent a pass from behind the net to sophomore forward Cam Gendron (Hampstead, N.H.) who fired a one-timer that was saved by Maine goalie Victor Ostman, but the puck bounced to Devlin who knocked it to the back of the net.

- Then at 8:33 and on the power play, Gagne sent a wrist shot from the slot to the upper glove side of the net for his first collegiate goal to make it a 4-2 contest. Senior forward Filip Engarås (Stockholm, Sweden) and Eriksson each posted an assist on the goal.

- Engarås added an empty net goal at 17:28 for the 5-2 final score. Ward and senior captain Will MacKinnon (Plymouth, Mich.) each posted an assist on the goal.