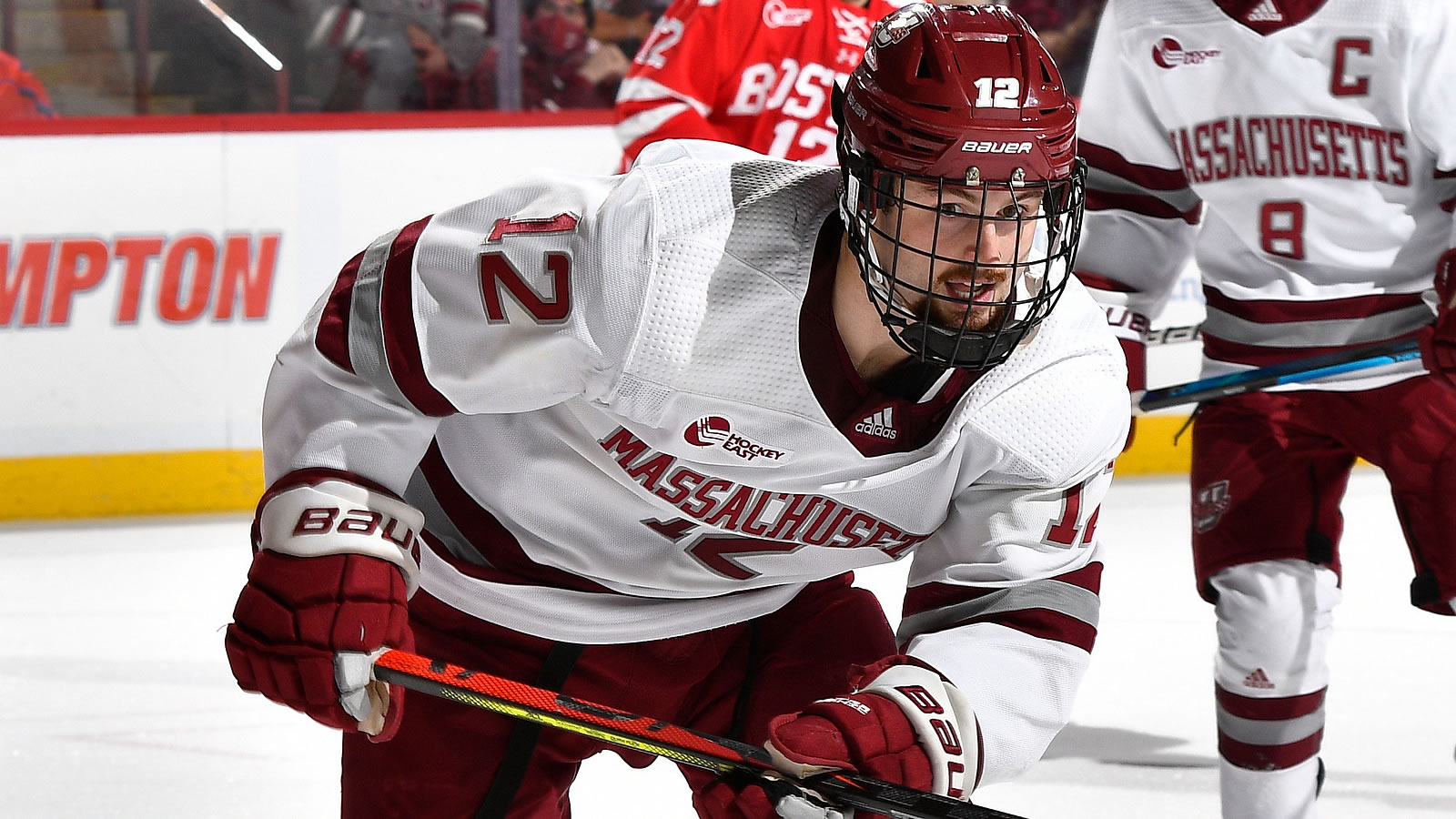 "Preparing for this game, I watched how well UConn had been playing and this was going to be a low scoring heavy game and it turned out to be, but I thought our guys were outstanding tonight. We played a really solid 60 minutes and I thought we deserved to win."

The teams traded chances through the first two periods, including three posts hit by UConn, but the teams were still deadlocked at 0-0 through 40 minutes.

UMass finally broke through on its fourth power play opportunity of the night with senior Bobby Trivigno collecting a feed from classmate Garrett Wait behind the net and finding freshman Ryan Ufko in the high slot for the one-timer at the 7:46 mark.

Sophomore Josh Lopina later made it 2-0 putting back his own rebound off an outlet pass from Wait and junior Matthew Kessel for his eighth of the season 17:05 into the period.

The Huskies took one back on a 6-on-4 power play at 18:52. Carter Turnbull sent the puck home through a crowd at the net front from Jachym Kondelik and Hudson Schandor.

UMass' defense held firm the rest of the way, though, to preserve the win. The Minutemen out-shot UConn, 35-20 on the night and went 1-for-4 on the power play, while the Huskies were 1-for-3.

Graduate student Matt Murray finished with 19 saves and Darion Hanson turned aside 33 in net for UConn.

The teams will be back in action tomorrow, Feb. 19, at the Mullins Center for a 7:30 p.m. matchup that will air on NESN+.