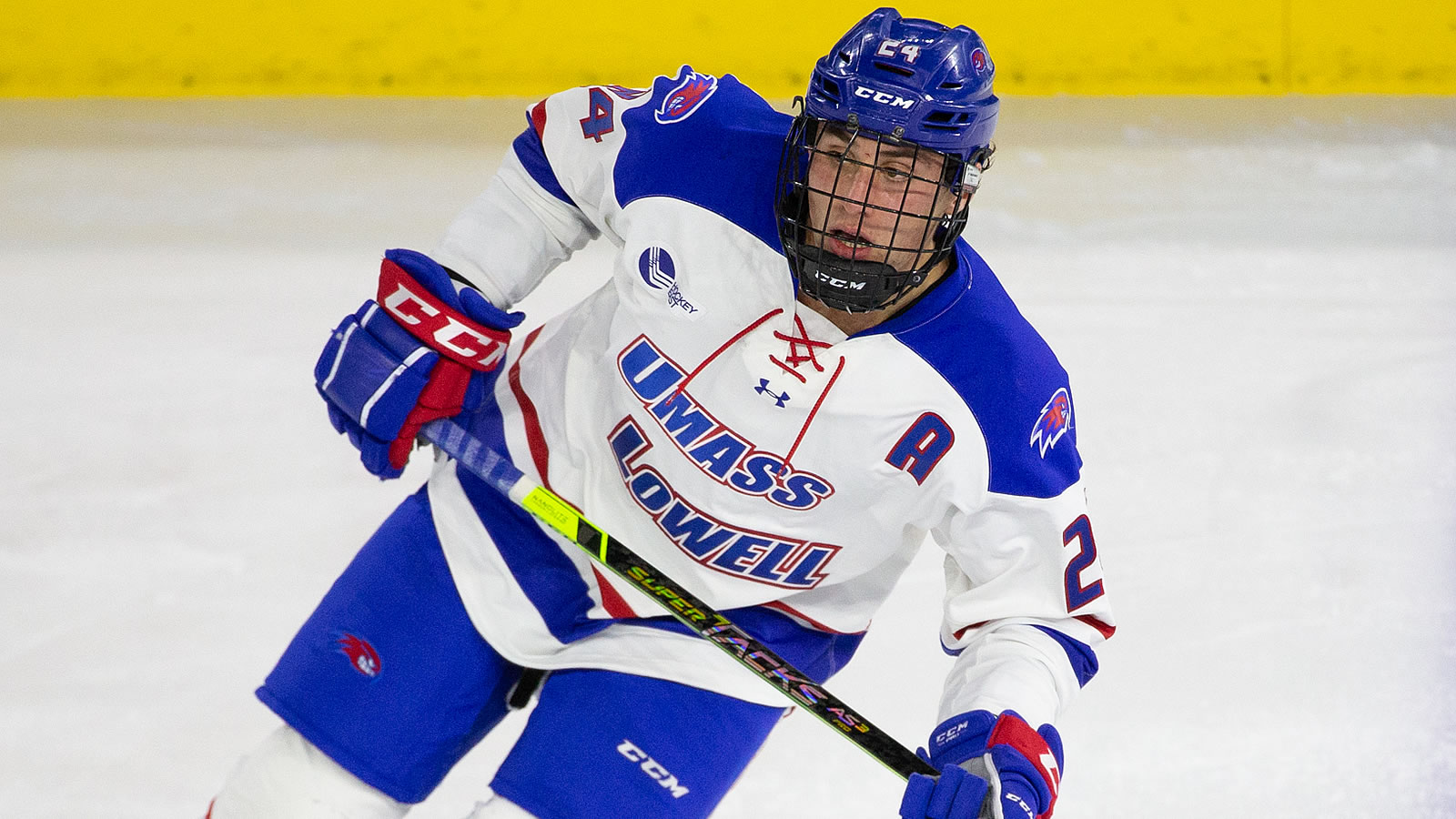 "This was a challenging game overall. There wasn't a lot of free ice out there tonight. We played another good Hockey East opponent, which is always difficult, but we also had to navigate several momentum shifts throughout the game," said Head Coach Norm Bazin.

Crasa's goal earned him his fourth game-winner of the year, moving him to the top of the leaderboard for the River Hawks in the scoring category. His clutch goal also earned him his tenth of the season, marking the first time a freshman has hit the double-digit goal threshold since C.J. Smith during the 2014-15 campaign.

Senior Lucas Condotta (Georgetown, Ontario) and junior Carl Berglund (Hammaro, Sweden) also picked up goals in the 3-2 victory. Condotta added to his numbers with an assist on Crasa's lamplighter to finish with a team-high two points. Matching the captain's point total, freshman defenseman Isac Jonsson (Angelholm, Sweden) dished out a pair of assists for his second multi-point game of the season.

"In the end, I felt like the guys got a little better as the game progressed. I thought they played for each other, and we could feel some urgency on the bench. Our job now will be to recover, so we can put in another strong effort tomorrow," commented Bazin.

An evenly matched first period kept both teams on the chase for the first of the night. The defensive battle held both squads scoreless until the under two mark when the River Hawks captured the lead.

Picking up a feed from Jonsson in the neutral zone, junior Blake Wells (Blackie, Alberta) advanced into the zone. Pushed off the mark by his defender, Wells expertly handled the puck and held onto possession long enough for Condotta to establish himself in front of Friars' netminder Jaxson Stauber. Quickly whipping around, Condotta pinged the puck off the post into the back of the net to send UMass Lowell into the first break with a 1-0 advantage.

The River Hawks continued their steady attack strategy into the second, widening their lead just minutes into the period. Strong, crisp passing along the boards brought the puck around to sophomore Ben Meehan (Walpole, Mass.), who connected with linemate Nick Austin (St. Louis Park, Minn.). Austin's quick shot from the blueline found the stick of Berglund right on the doorstep for a quick deflection past an overextended Stauber to secure the 2-0 margin.

Providence quickly changed the tone of the game with a pair of uncontested tallies to close out the second in a 2-2 draw. A power play opportunity to open the third kickstarted UMass Lowell's late-game efforts to reclaim their lead, but strong defense by the Friars stifled the early opportunity.

The River Hawks eventually smashed the stalemate after a number of close calls with 9:30 left on the clock. Rushing into the zone, UMass Lowell played the puck along the boards to Jonsson on the exterior. Dumping the puck towards the net, Jonsson's pass bounced off Condotta to Crasa, who settled the play. The freshman flexed his precision with a snipe that cruised over Stauber's shoulder into the net to secure the 3-2 victory at home.

The River Hawks close out the series with Providence at Schneider Arena on Saturday, Feb. 19. Puck drop is set for 7 p.m.