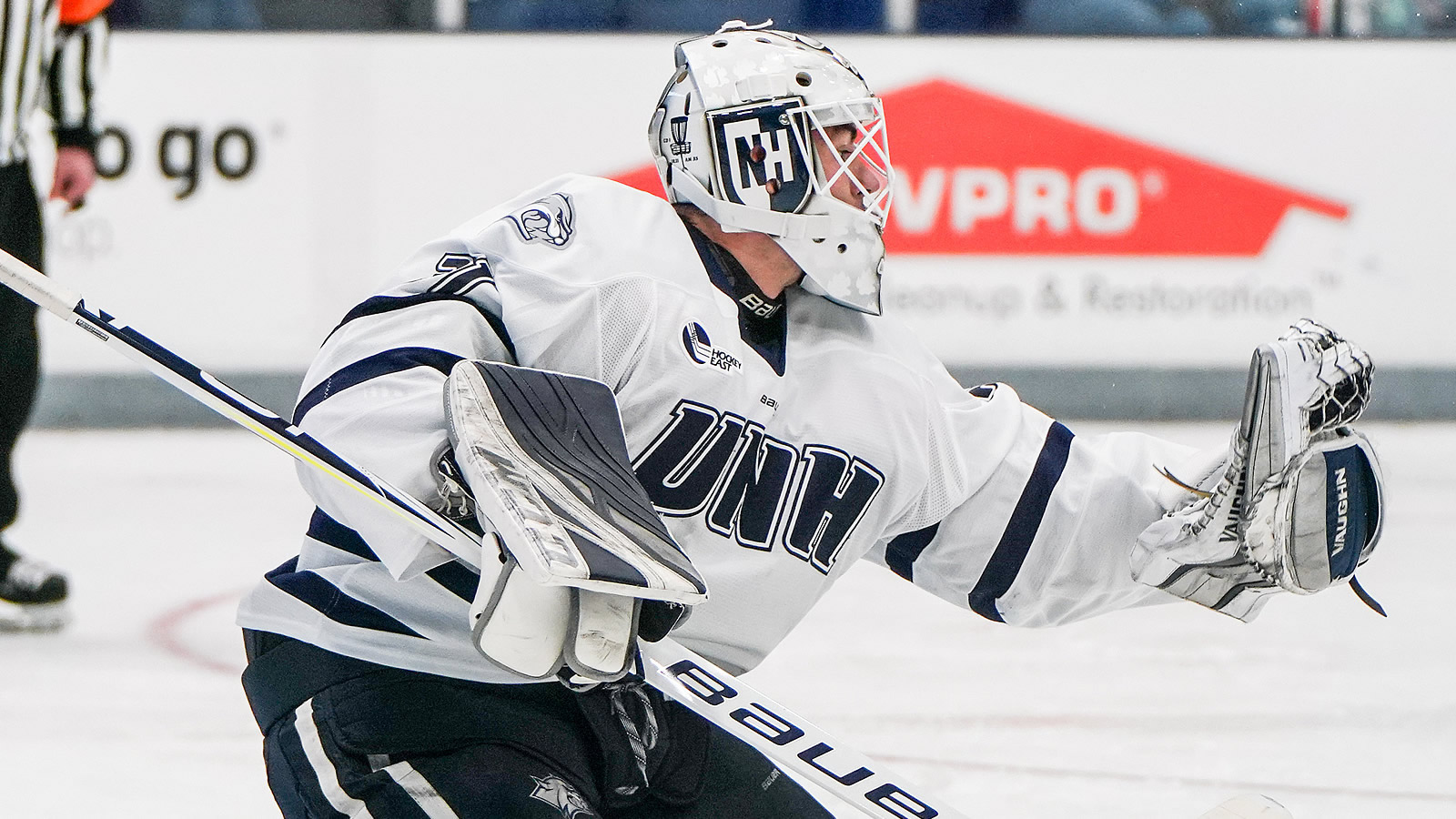 DURHAM, N.H. - Senior goaltender Mike Robinson (Bedford, N.H.) stopped all 32 shots he faced for his second shutout of the season to propel the University of New Hampshire men's hockey team to a 3-0 victory over No. 13 UMass Lowell on Sunday afternoon at the Whittemore Center.

The Wildcats return to action on Friday and Saturday, Feb. 18-19 at Maine. The game on Friday is at 7:30 PM on NESN, while the contest on Saturday is at 7 p.m. on College SportsLive. UNH will then take on Merrimack at the Whittemore Center on Saturday, Feb. 26 at 7 p.m. for Game Show Night presented by EnviroVantage. Go here for tickets or call 603-862-4000.

- Devlin made it 1-0 Wildcats on the power play at 11:36 of the second period when he received a pass from senior forward Jackson Pierson (Zionsville, Ind.), walked it out from behind the cage, spun and backhanded a shot top shelf past Henry Welsch for his eighth goal of his rookie season.. Freshman defenseman Colton Huard (Foothill Ranch, Calif.) also received an assist.

- Cafarelli increased the lead to 2-0 UNH at 16:57 of the second period after Ward wristed a shot from the far boards, the rebound squirted out and he tapped it into an empty net for his first goal of the season. Senior forward Filip Engarås (Stockholm, Sweden) also posted an assist.

- Ward fired a shot into an empty net at 18:58 of the third period for the 3-0 final score. Pierson posted an assist on the goal.

- The Wildcats went 1-3 on the power play and the River Hawks finished 0-3.

- Robinson's shutout was good for his second of the season and ninth of his career.

- Devlin's goal was the first game-winning goal of his career.

- The Wildcats are now 66-45-18 all-time versus the River Hawks and have won three straight in the series.

- UNH has a 6-3-0 record against nationally ranked teams this season.