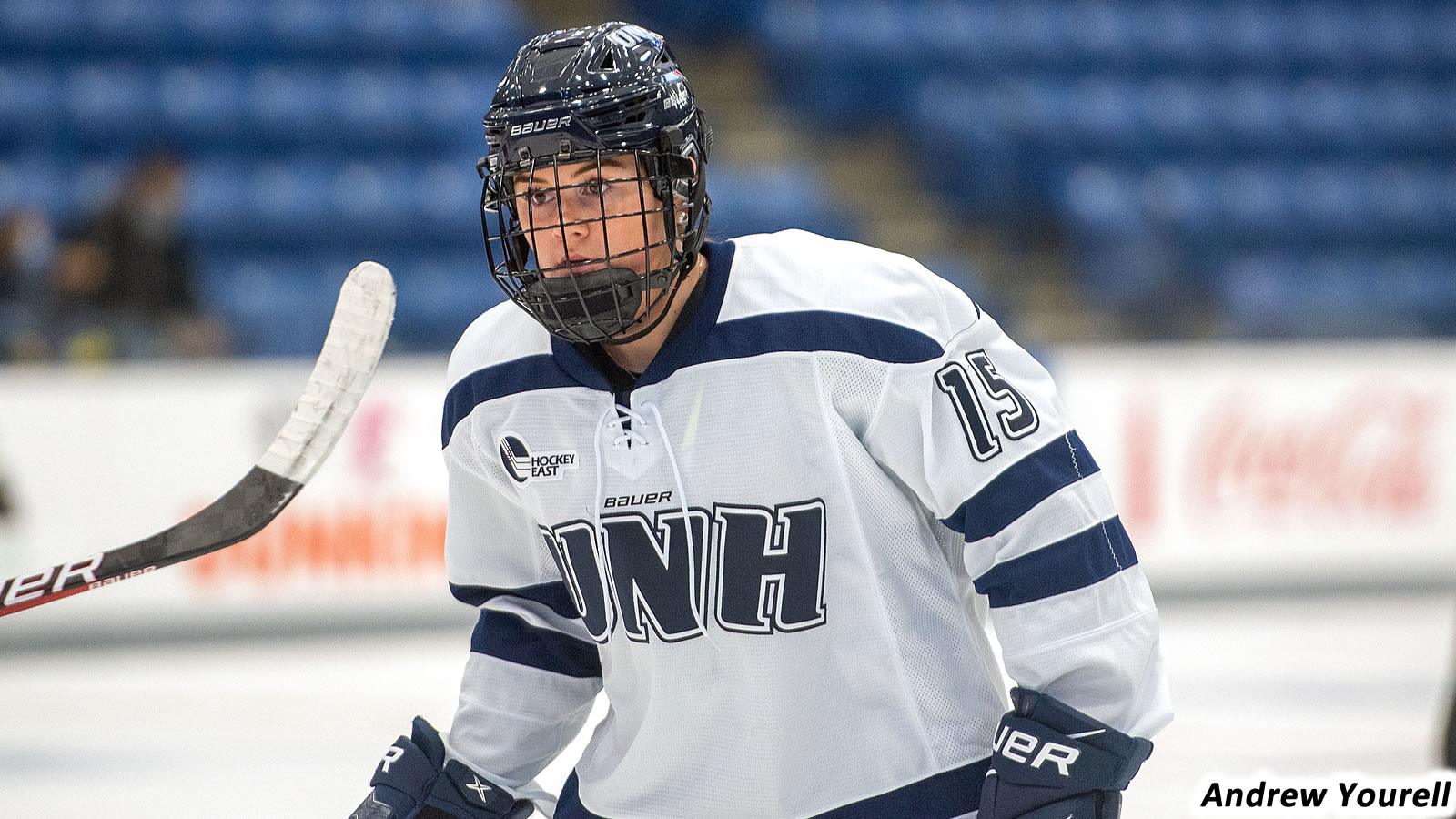 Verrier scored her first career goal to give UNH a 1-0 lead it would not relinquish. Emily Rickwood (Brantford, Ontario) also recorded two points with a pair of assists. Brianna Brooks (Whitby, Ontario) and Brooke Hammer (Commerce Township, Mich.) also scored for the Wildcats.

- Sophomore Nicole Kelly (Brantford, Ontario) led a rush down the left wing. Her saucer pass was collected by classmate Brianna Brooks (Whitby, Ontario), who lifted a close-range shot that was knocked down by Brenon at 8:40.

- Verrier gave the Wildcats a 1-0 lead at 9:24 of the first period when she redirected Rickwood's initial shot from the left point. Ciara Wall (Hampton, N.H.), who carried the puck across the high slot and dropped the puck for Rickwood, was credited with the secondary assist.

- Myers scored 68 seconds later to extend the advantage to 2-0 at 10:28. Rickwood carried the puck along the right boards and Berry corralled the puck behind the goal line. Berry fed the puck to the low slot and Myers buried the one-timer.

- Both teams scored a goal in the second stanza with HC generating a 10-7 shot advantage.

- Brooks scored off a rebound from a scrum in front of the net to reestablish a two-goal lead of 3-1 at 8:26. Brenon stopped Kelly's initial shot from the right doorstep and then the second attempt by Kira Juodikis (LaSalle, Ontario), but Brooks swept the puck between Brenon's legs for the goal.

- Holy Cross scored one minute later, however, on a goal by Darci Johal to trim the deficit to 3-2.

- UNH scored the only two goals of the final frame on an 8-7 shot advantage.

- Hammer tipped Verrier's shot from the high slot into the cage for a 4-2 lead at 2:57. Myers earned a secondary assist by winning the puck in the left corner to Verrier, who circled out to the high slot before releasing the tipped-in shot.

- Tamara Thiérus (Saint-Jérôme, Quebec) led a rush into the right circle and found Berry cutting down the slot. Berry shifted toward the left post to evade Brenon's poke check and then backhanded the puck into the open net for a 5-2 lead at 12:21. Kyla Bent (Halifax, Nova Scotia) earned the secondary assist.

- The Crusaders blocked 15 shot attempts and the 'Cats recorded 13 blocks.

- Verrier scored her first goal and recorded her first career multiple-point game with the two points.

- Berry and Rickwood tied for the team - and game - high with four blocked shots.

- Wall's assist was her second helper and point of the season.

- Juodikis has a team-high 20 points this season and is followed by Brooks and Thiérus with 19.