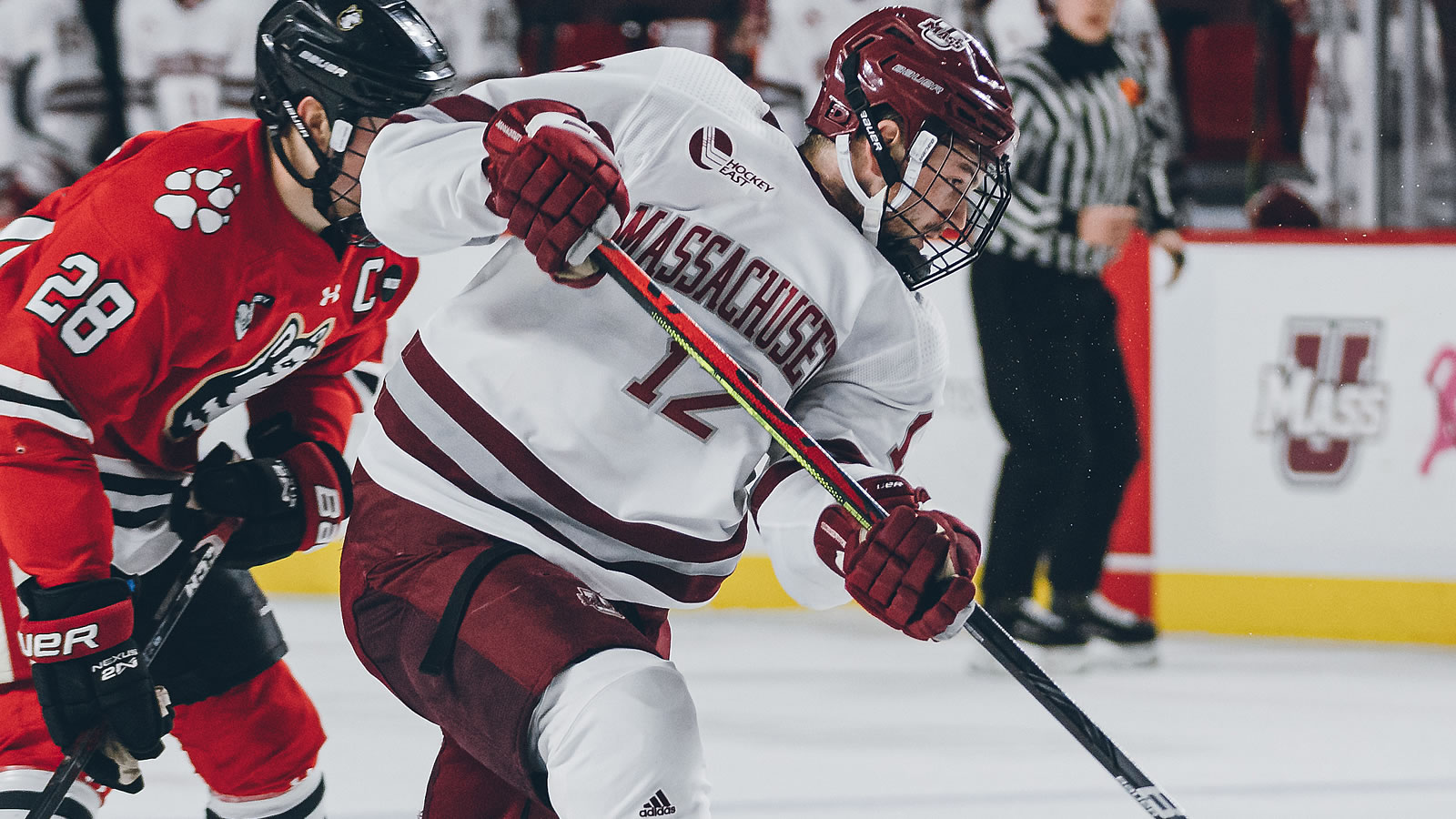 "I thought it was a great response by our team after being disappointed last night," said UMass head coach Greg Carvel. "The first 10 minutes were excellent, we get up 3-0 and unfortunately some bad bounces and penalties allowed Maine to get back in the game and their power play was very good tonight. But once we got into the second period, I think we only gave up 10 shots the rest of the way and really dominated and it was a pound the rock kind of game where we just kept playing hard and eventually scored that goal to separate us. It was a really solid game all-around by our team tonight."

Senior Garrett Wait opened the scoring 4:16 into the contest, knocking a puck home at the top of the crease from sophomore Josh Lopina and senior Bobby Trivigno to put the Minutemen on the board.

Lopina followed at the 9:12 mark, converting on UMass' first power play opportunity of the night, redirecting home a Scott Morrow shot in the slot with Trivigno collecting the secondary helper.

Junior Eric Faith then made it 3-0 at 10:42 as an outlet pass from Ryan Ufko sparked a 2-on-1. Faith kept the puck himself and picked a corner on goaltender Victor Ostman.

Maine took one of the goals back on the power play 14:03 into the frame. Donavan Villeneuve-Houle knocked down a shot from David Breazeale and tucked it behind Matt Murray. Jakub Sirota picked up an assist, as well.

The Black Bears then made it a one-goal game, scoring once again with the man advantage in the final minute of the period. Adrien Bisson put back a rebound from Samuel Duerr and Keenan Suthers at the 19:03 mark.

The 3-2 score would hold until midway through the third period when Wait gave UMass some breathing room with his second of the game, knocking home his own rebound in the air with Trivigno and Ufko earning the assists.

Four UMass players had multi-point nights, led by Trivigno's three assists. Wait contributed two goals, his fifth and sixth in the past four games, Lopina had a goal and an assist and Ufko added two helpers.

Murray ended the night with 22 saves for the Minutemen and Ostman turned aside 34 in between the pipes for Maine.

UMass will be back in action next Friday, Feb. 18, when the squad will take on UConn in Hartford, Connecticut at 7:05 p.m.