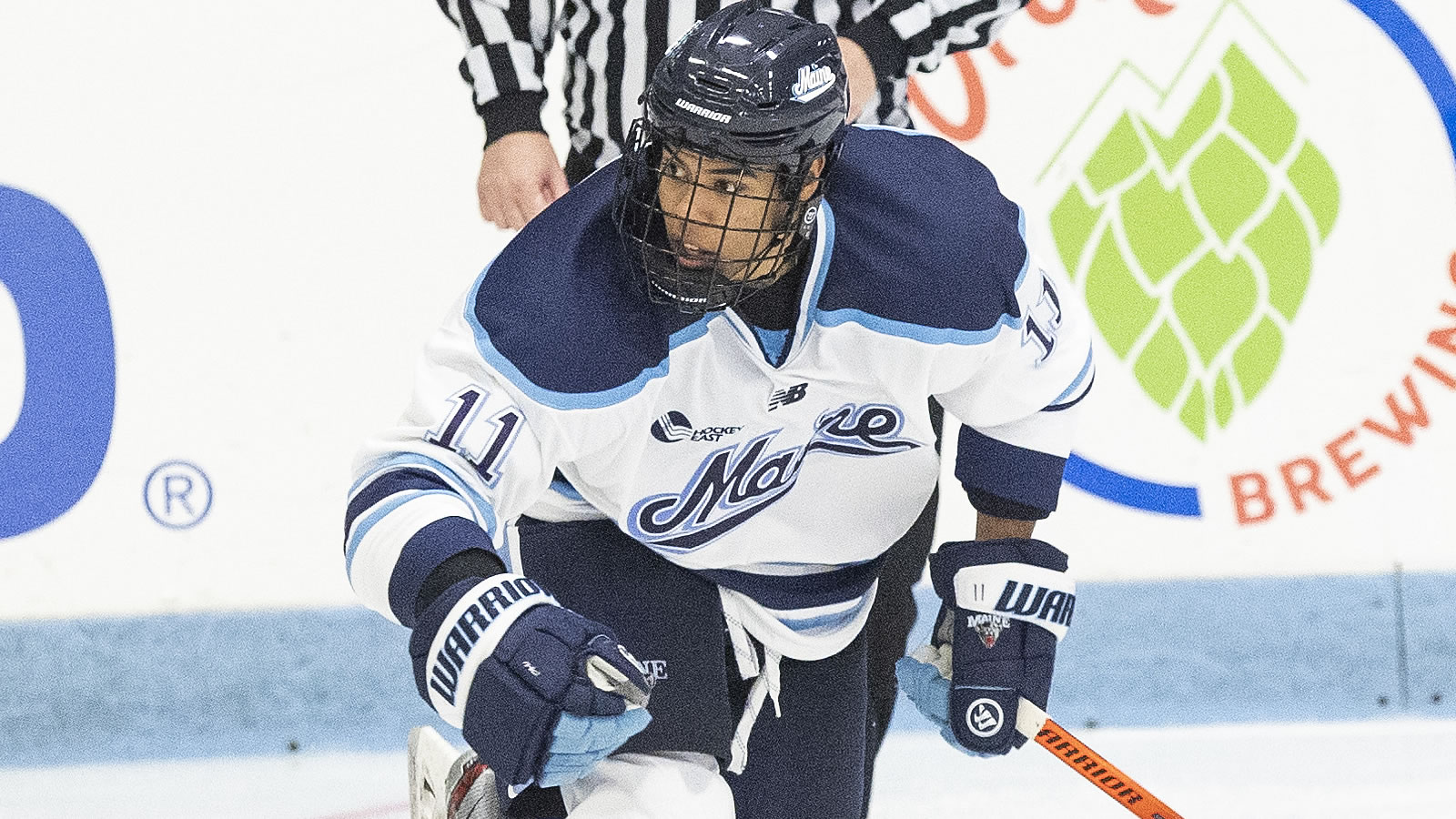 First Goal (1-0 Maine): On the first power play opportunity of the evening, Lynden Breen scored the first goal of the evening. Off the face-off win, David Breazeale kept the puck in the zone. Jakub Sirota received the puck from his freshman linemate. Sirota dished the puck over to Breen, who did the rest. Maine led 1-0 eight minutes into the Friday night contest.

Second Goal (1-1): On their first odd-man advantage, #9 UMass tied the Hockey East contest at one goal apiece. Garrett Wait wasted no time by scoring 00:05 into the power play. At the end of one period in the Mullins Center, the score was tied, 1-1.

Third Goal (2-1 #9 UMass): 00:22 into the second period, Bobby Trivigno scored an unassisted goal. The leading point getter for the Minutemen took the puck from the opening face-off, made his way into the Maine zone, and snagged his team a one goal lead.

Fourth Goal (2-2): Lynden Breen forced a turnover in the Maine end. The forward lifted the puck into the air and ahead to Ben Poisson. The junior out skated two Minutemen defense and found himself alone with the UMass netminder. Poisson did not waste his opportunity and tied the game.

Fifth Goal (3-2 Maine): Donavan Villeneuve-Houle scored an overtime game winning goal 1:04 into the 5:00 overtime period. Victor Ostman made a save that was collected by Breen. The forward fired the puck to Houle, who did the rest. Maine defeated the #9 UMass Minutemen, 3-2.

Maine went 1 for 2 on its power play opportunity, as the Minutemen were 1-4 on its player advantages.

The Black Bears blocked 10 shots and won 21 face-offs as a team.

The two squads will finish the Hockey East series tomorrow, Saturday, February 12. Puck drop for the finale is scheduled for 7:00 pm.