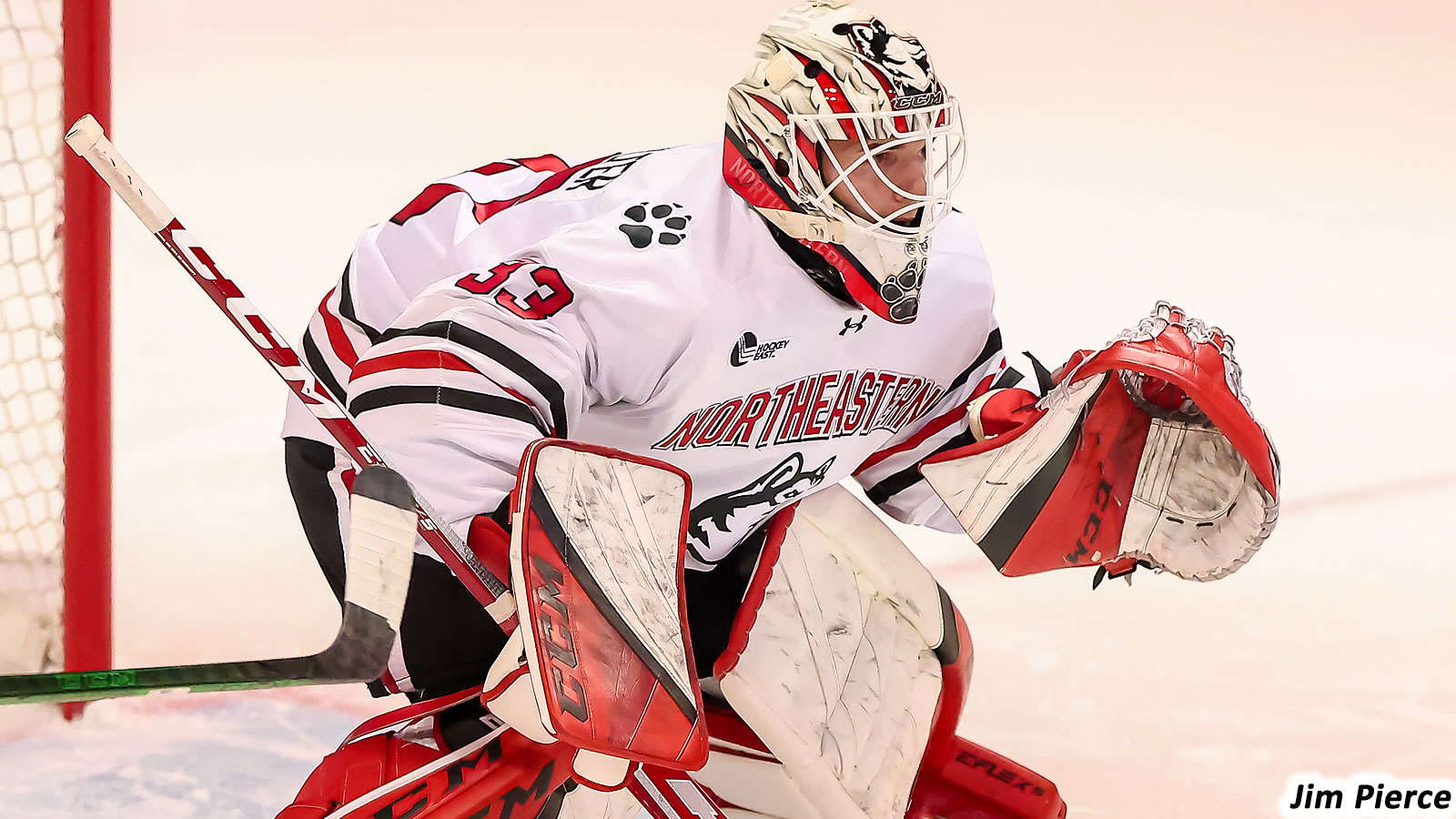 With the win, the Huskies will advance to their fourth straight Beanpot Championship Game to take on No. 20 Boston University with the opportunity to win NU's fourth title in a row on Monday, Feb. 14 at 7:30 p.m. on NESN and NHL Network.

Semptimphelter's 41 saves are a career-high and the most by a Husky goalie in the Beanpot in at least the past ten tournaments. A freshman, this was his third start of the season and he earned his second career win.

- Sophomore forward Gunnarwolfe Fontaine penciled his name on the scoresheet early on in the first period, slotting home a rebound on his own shot just over eight minutes into the game. It was his sixth of the season and first career Beanpot goal. He was assisted by freshman forward Jack Hughes (5) and junior forward Matt DeMelis (8).

- The first period was full of back-and-forth play at both ends of the ice, with BC leading in shots 13-10. Freshman goaltender TJ Semptimphelter stopped all of the Eagles' 13 shots in the frame

- In the second, sophomore forward Sam Colangelo took advantage of a power play opportunity as junior forward Aidan McDonough sent a pass across through the BC defense and Colangelo buried it to give the Huskies a 2-0 lead five minutes into the period. The goal was Colangelo's seventh of the season and first career Beanpot goal, while McDonough (8) and Fontaine (13) both notched assists.

- Shots on goal were 24-20 in favor of the Eagles through two periods, but the Huskies held a two-goal advantage heading into the final frame.

- The Eagles answered with a goal of their own from senior Patrick Giles five minutes into the third period to make it 2-1 Huskies.

- While BC got close, the Huskies were able to capitalize as the Eagles took a late penalty and freshman forward Justin Hryckowian finished off a second-chance opportunity with 14 seconds left to cement the Huskies' win. The goal was the rookie's sixth of the season and first career Beanpot goal, assisted by senior defenseman Jordan Harris (12) and Colangelo (11).

- The Huskies and Eagles have now met 48 times in the historic tournament, and this was the Huskies' 14th win over the Eagles. NU has not lost to Boston College in the Beanpot since the 2014 Final.

Before the Beanpot Final next Monday, the Huskies will play a weekend contest at No. 13 UMass Lowell this Friday, Feb. 11 at 7:15 p.m. on College SportsLive.