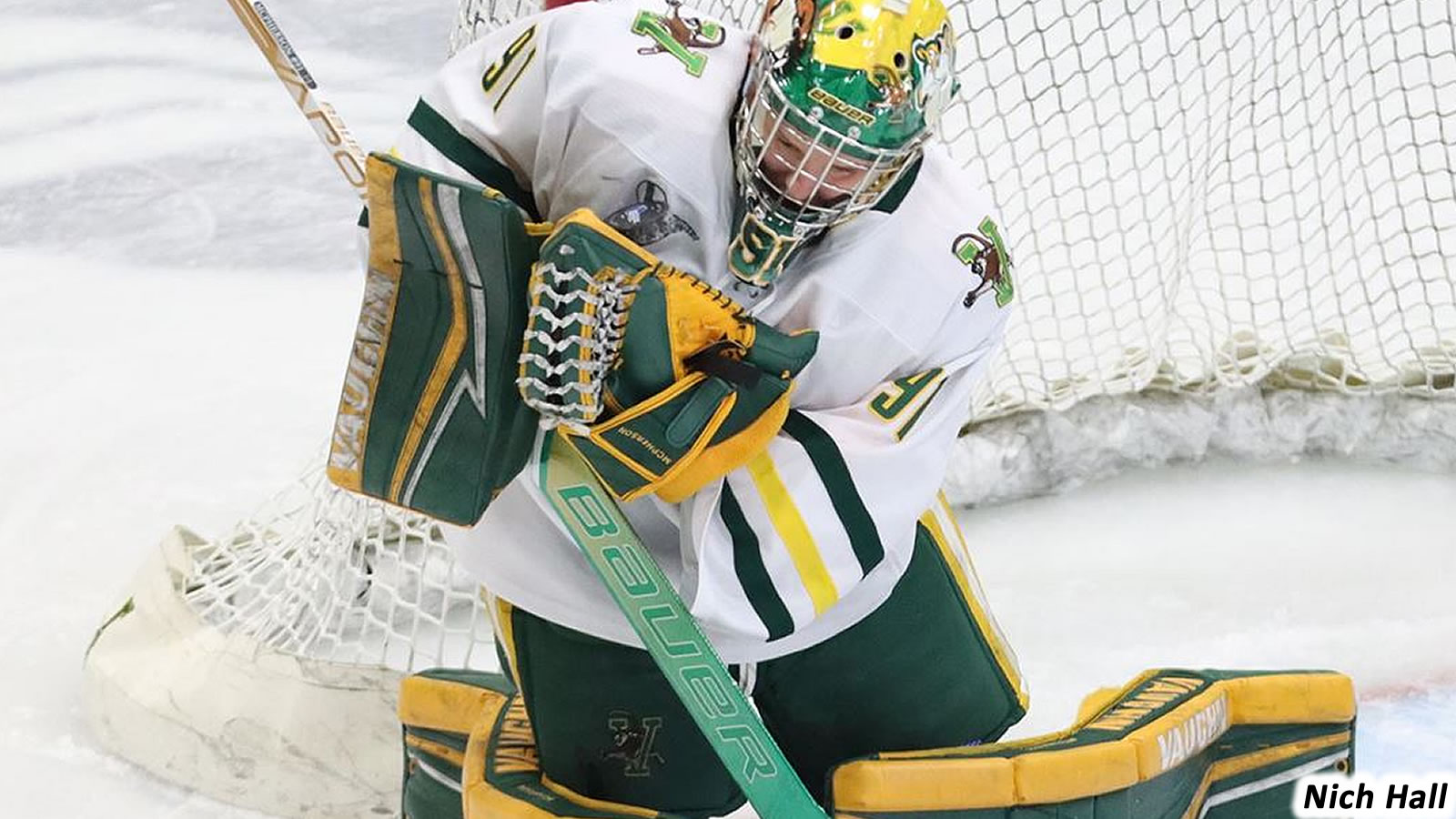 "It was another gut-check win for us tonight," said Head Coach Jim Plumer. "Maine played a really tight checking game and deserves a lot of credit for slowing us down. I continue to be pleased with our effort, especially on the defensive side. We will certainly have a battle on our hands tomorrow."

- Theresa Schafzahl opened the scoring for the Catamounts 10:21 into the first period. After successfully killing off the first Maine power play of the game without a shot against Kristina Shanahan created the UVM opportunity on the forecheck. She pressured a Maine defender on the wall and she turned the puck over to Schafzahl. Schafzahl skated in alone on Maine's Jorden Mattison and labeled a wrist shot over her glove for her 17th goal of the season.

- With 11:58 to go in the third period Maine's Morgan Trimper took advantage of a mishandled puck by a Vermont defenseman on the power play and broke in alone on UVM's Jessie McPherson. McPherson robbed Trimper with a pad save.

- Murphy added an insurance marker for the Catamounts with 4:24 to go. With UVM changing on the play and just three players in the offensive zone Murphy fired a wrist shot towards the net and it found its way home through traffic. Bella Parento and Kristina Shanahan earned assists on the goal.

- The Black Bears cut the UVM lead in half with 71 seconds to go. A point shot deflected in front of the Vermont net and fortuitously came right to Maine's Ida Kuoppala who tapped it home.

In the final 71 seconds Vermont didn't allow another shot on goal securing their fifth one-goal win of the season.

- Theresa Schafzahl is currently on a 10-game point streak. She has 10 goals and eight assists over that stretch. UVM is 9-1-0 in those games.

- Hailey Burns and Evelyne Blais-Savoie each won seven faceoffs for the Catamounts in 10 attempts.

- Jessie McPherson made 22 saves in net for the Catamounts securing her eighth straight win, dating back to December 10. Over that stretch she has made 191 saves on 199 shots, a .959 save percentage.

The Catamounts will close out the season-series with the Black Bears tomorrow afternoon at 2 p.m. Saturday's contest will air for free on CollegeSportsLive.