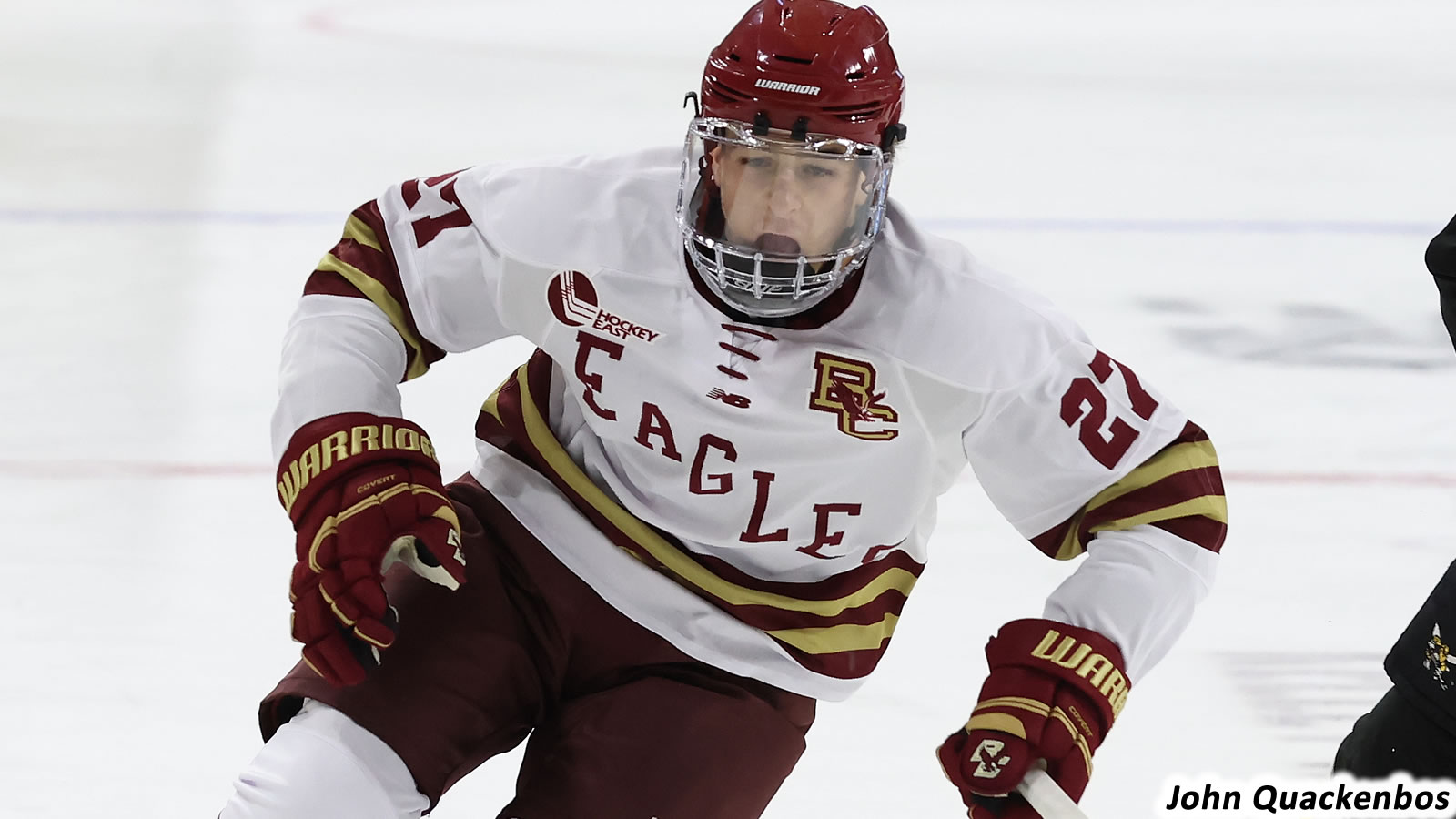 CHESTNUT HILL, Mass. - Harvard came back from 3-0 down in the second period with six straight goals to earn a 6-3 non-conference road victory in the 131st all-time meeting between the schools on Tuesday night at Kelley Rink.

Boston College stormed out to a 2-0 lead in the first period, beginning with Brandon Kruse finishing a centering pass from Colby Ambrosio at the edge of the crease just 1:39 into the night. Patrick Giles then deflected a left wing shot-pass from Trevor Kuntar past Mitchell Gibson at 7:57.

Eric Dop (25 saves) denied Jack Donato on a shorthanded breakaway later in the frame and the Eagles took a 2-0 lead into the first intermission.

At 8:04 of the second, Casey Carreau tipped home a Marshall Warren drive from the right wing on the power play, pushing the Eagles' advantage to 3-0.

Harvard finally solved Dop two minutes later on the power play as Matthew Coronato beat the graduate student high to the far side. Henry Thrun made it a one-goal game with 30 seconds left in the middle frame, going five-hole on a power play wrist shot from the right circle.

John Farinacci converted a rebound off the end boards 35 seconds into the third to tie the game at 3-3. The Eagles were 16 seconds away from killing a five-minute major against Matt Argentina, but Zakary Karpa slipped the puck inside the right post at 6:17 following a partially blocked shot. Ian Moore trickled a one-timer through Dop 19 seconds later to give Harvard a 5-3 cushion.

The Crimson added an empty-netter in the final three minutes of regulation to seal the win.

BC hosts UMass Lowell in Hockey East play on Friday at 7 p.m.