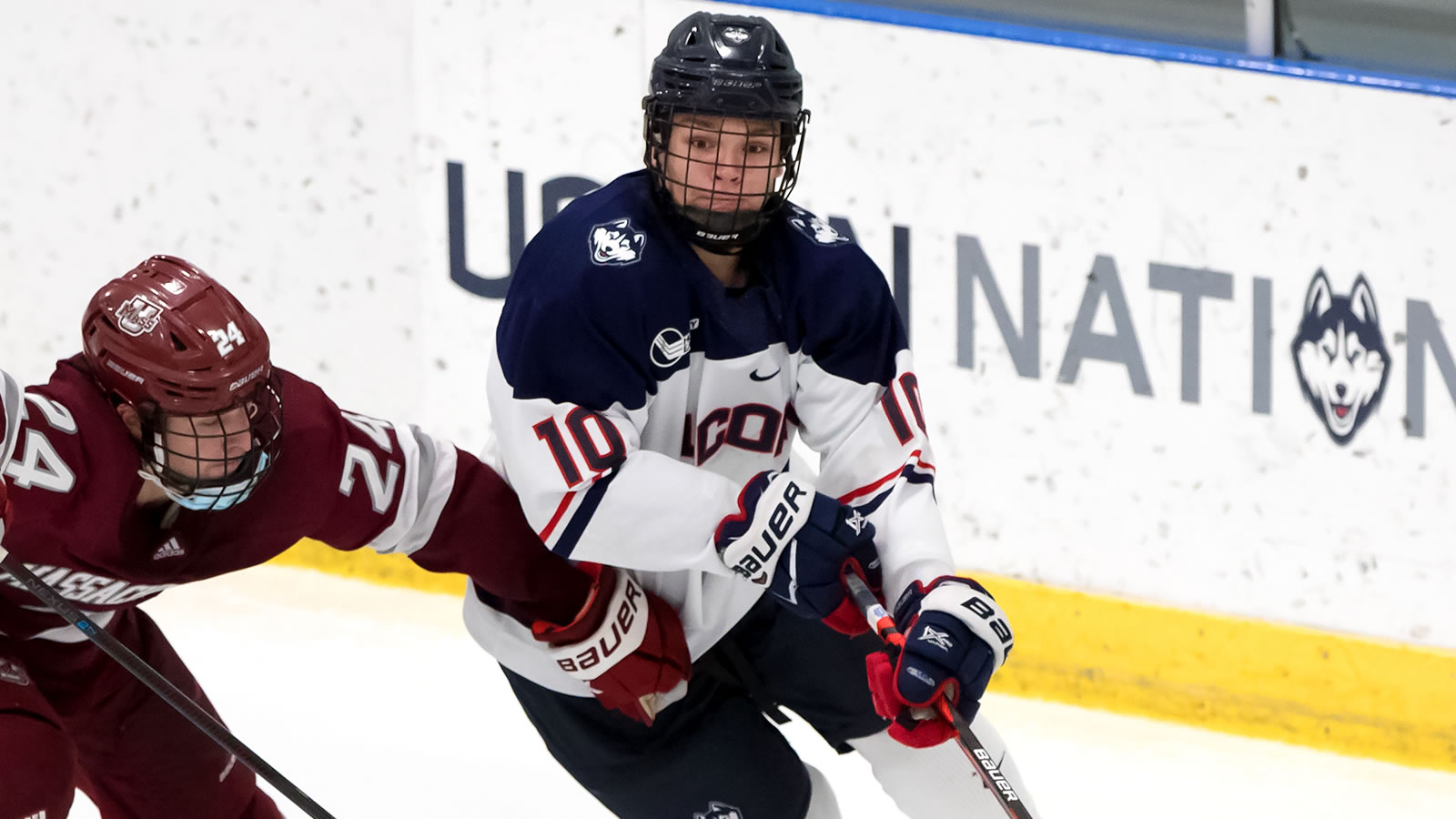 BRIDGEPORT, Conn. - UConn junior Vladislav Firstov (Yaroslavl, Russia) scored a pair of goals and add an assist to lead the Huskies to a 5-1 win over Yale University at the Connecticut Ice tournament at Webster Bank Arena on Saturday afternoon.

The Huskies advance to the CT Ice Championship game on Sunday at 4:30 pm and will face either Quinnipiac or Sacred Heart. The game will be carried live on SNY. UConn improved to 12-10-0 overall with the win while the Bulldogs fell to 5-11-1.

Yale jumped out to a quick 1-0 lead but the Huskies shut the Bulldogs down from there and scored five unanswered in the first and second periods on the way to the win.

Yale jumpe out to the early 1-0 lead as Young punched in a rebound of a Reilly Connors shot at 1:57 into the game.

The Huskies tied it up at 16:10 as Firstov scored his first of the night, coming off a feed from O'Neil. Coming on a face-off in the Yale zone, Kondelik won the puck back to O'Neil to threw to the net and got Firstov for a redirect at the right post.

Just 27 seconds later O'Neil scored what would prove to be the game-winner. Harrison Rees (Oakville, Ontario) fired wide from the high point with the rebound off the back boards coming to O'Neil at the left post who tucked it in before Pearson could get over to lead 2-1 into the break.

UConn made it 3-1 just 11 seconds into the period as Turnbull got the puck down low and threw it off a Yale defender and past Pearson at an awkward angle. The Huskies pushed the lead to 4-1 at 1:21 on Firstov's second of the night. O'Neil picked-up a pass in front from Kondelik behind the goal and fed Firstov in the high slot who buried it for his seventh on the year.

Kondelik finished off the scoring at 17:54 in the second, poking a rebound out of the air and chipping it past Pearson for his seventh of the season and 5-1 edge.

Hanson kept Yale off the scored board in the final period as well, making nine saves while UConn killed of two Bulldog power plays to produce the 5-1 final.