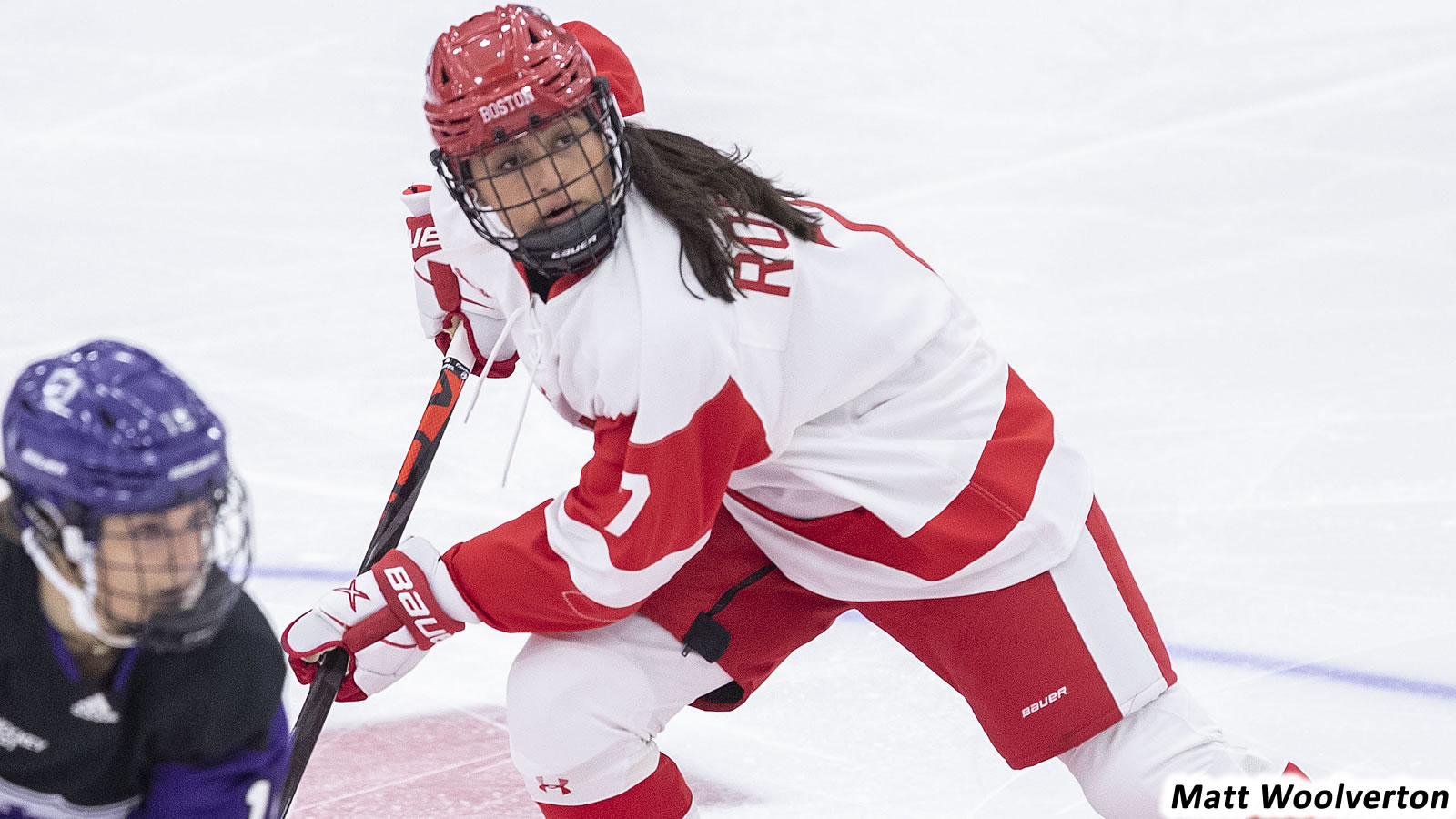 Senior Jesse DeVito dished out a career-best two assists and was one of six different Terriers to record a helper on Friday. Junior Nadia Mattivi added an assist, as did sophomores Catherine Foulem, Tamara Giaquinto and Clare O'Leary. Senior goaltender Kate Stuart made 23 saves.

- Shaunessy struck first for the Terriers 13:52 into the proceedings. O'Leary kept the play alive at the blue line and eventually left it for Shaunessy, who skated to the slot and uncorked a shot into the back of the net.

- BU had back-to-back power plays to end the first period, but Jada Brenon (38 saves) made all six saves required of her to keep the score at 1-0.

- Stuart made a sensational stop just 1:30 into the second stanza to keep the Crusaders off the board.

- A minute later, Roberts extended the Terriers' lead to 2-0. DeVito passed the puck across the top of the offensive zone to Giaquinto at the right point. Giaquinto spotted Roberts all alone at the bottom of the left circle and Roberts reached out her stick to redirect the puck past Brenon.

- Vote made it 3-0 at the 6:50 mark of the third period. Brenon saved attempts from both Mattivi and Foulem, but a third try by Vote in front of the net got over the goal line.

- Roberts' winner came about thanks to a great play by DeVito in the neutral zone to create a turnover. She got the puck to Roberts, who skated into the right circle before unleashing a shot past Brenon.

- Stuart's best save came with 7:32 to play in the third when she denied Sofia Smithson from point-blank range, but the Crusaders were able to finally find a way past her a minute later to spoil the shutout.

- The Crusaders then scored a power-play goal with 4:52 remaining in regulation to cut the Terriers' lead to 4-2. They added a second power-play tally with 24 ticks on the clock to make it a one-goal game, but BU held on to preserve the win.

- Roberts entered tonight having tallied two goals and one assist in nine games.

- Shaunessy has recorded a point in five of her last seven games.

- This game was originally scheduled for Saturday, but was moved to Sunday due to the impending winter storm.