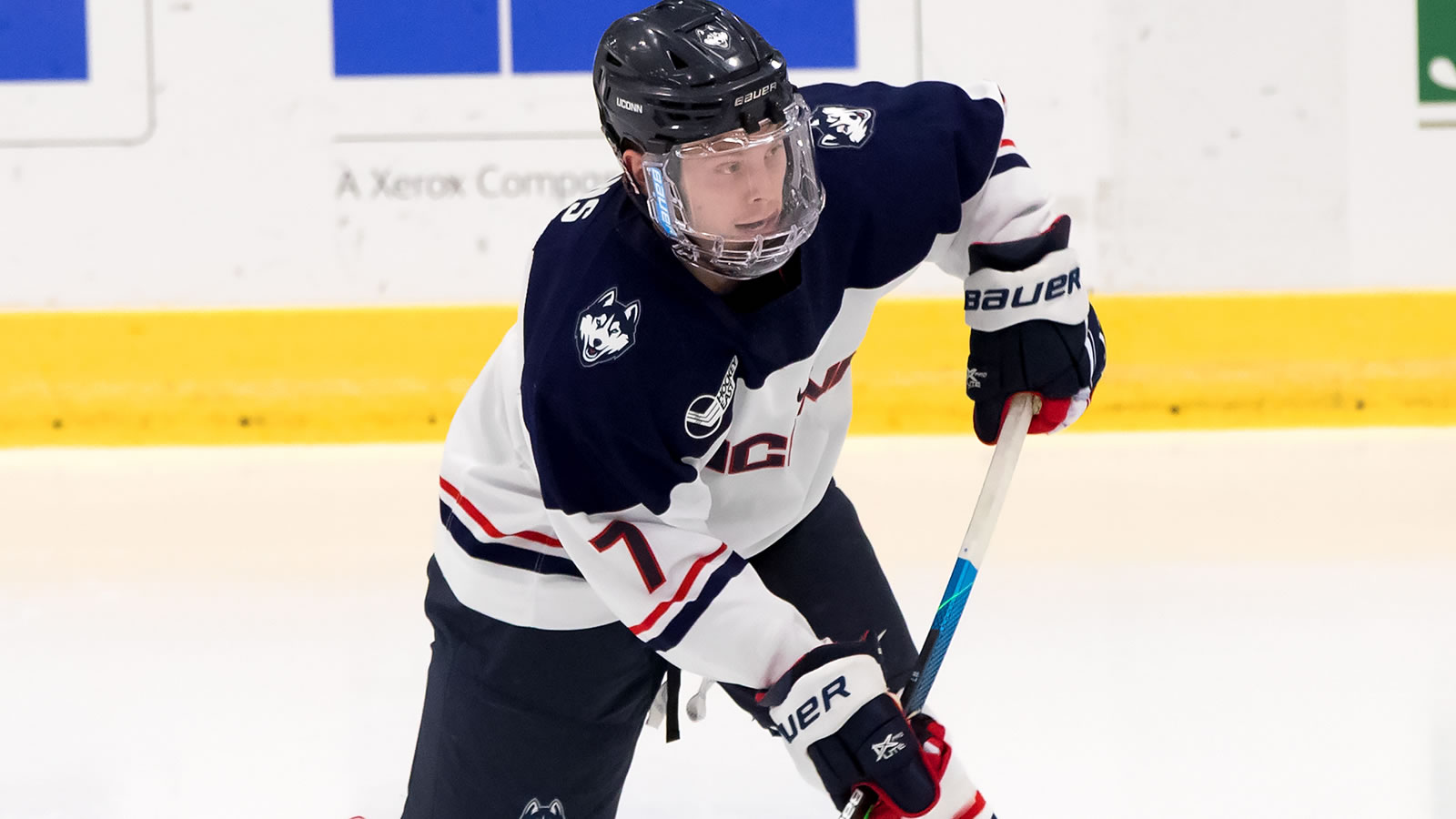 The Huskies take two points on Saturday and snap a three-game skid, improving to 7-6-0 in Hockey East and 10-10-0 overall. The Wildcats, who secured four of the six league points up for grabs on the weekend, see their five-game win streak come to an end and are now 7-7-1 in league and 12-11-1 overall.

UNH tied it up at 14:13 in the third period on a Filip Engaras goal, and the Huskies then killed off a late power play chance for the Wildcats to force the overtime setting up the Evans tally. New Hampshire had a 1-0 lead after the first thanks to Jackson Pierson's 11th goal on the year.

The Wildcats grabbed a late 1-0 lead thanks to Pierson's 11th goal on the season. Colton Huard dug the puck out of the right corner and fed Pierson in the low slot who beat Hanson five-hole to put UNH up 1-0 at 17:05.

UConn tied the game up just 2:41 into the second on Gatcomb's sixth of the season. Coming off a face-off win in the UNH zone, Jake Flynn (Bridgewater, Mass.) fed the senior at the high point who one-timed a shot that found its way through heavy traffic in front to beat a screened Robinson to pull even at 1-1.

The Huskies took their first lead of the night at 13:07 just after a power play ended on a rush into the zone. Gatcomb fired a shot and the rebound found the stick of Teleguine on the right side who buried the rebound for his first career goal and a 2-1 edge. Let's go.

UNH got the game even at 14:13 on Engaras's fifth goal on the season. Ryan Verrier snapped a shot from just inside the blue line that went wide and off the boards behind the net where Engaras picked it up near the right post putting it home.

Evans dropped the puck at the blue line and flew into the zone to the net where Kevin O'Neil (Latham, N.Y.) threaded a perfect pass cross ice back to the senior. Evans collected and buried it for the 3-2 win.

UConn will stay at home and host Merrimack on Tuesday, January 25 in a make-up of their previously scheduled December 4 match-up.