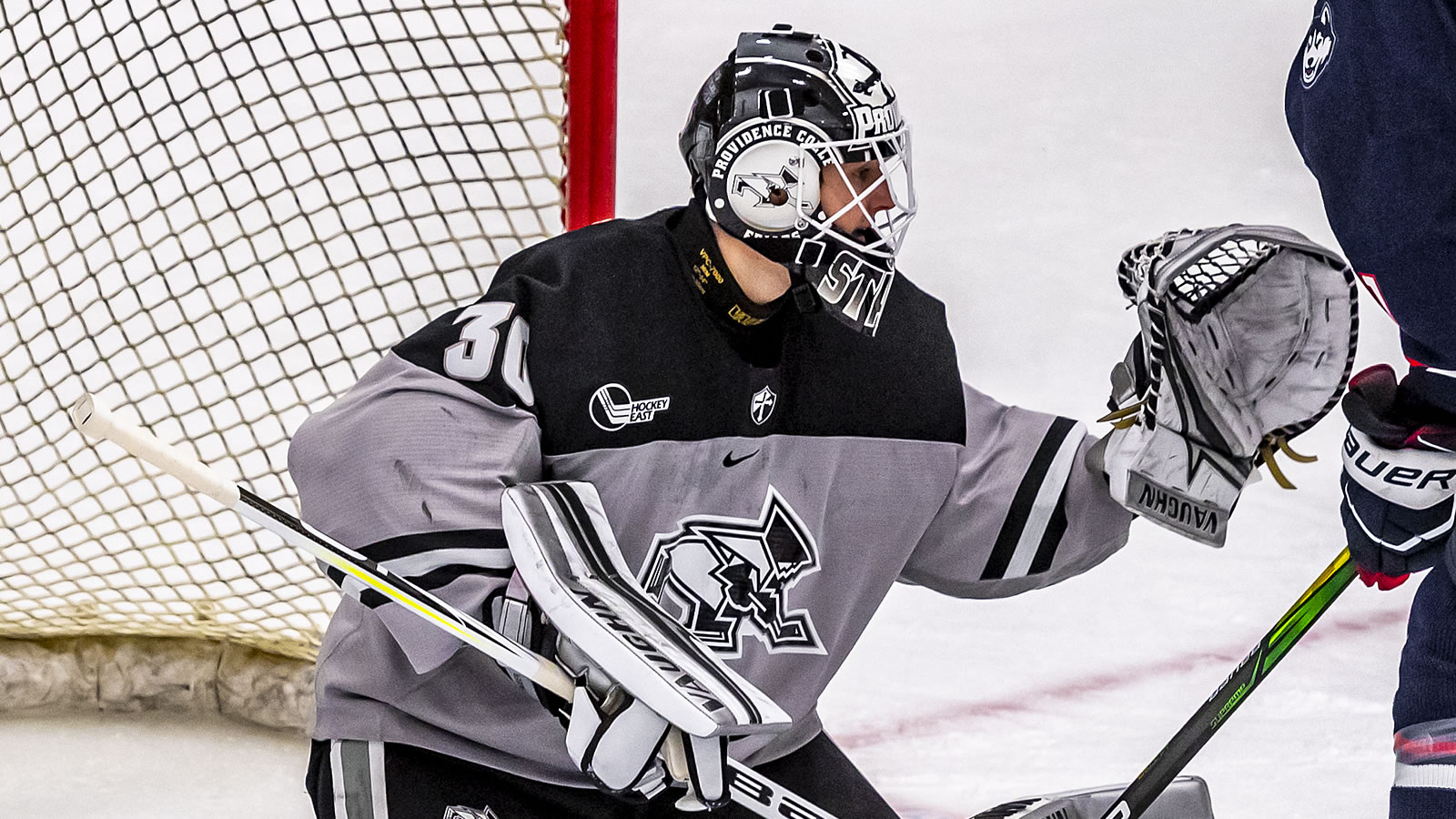 PROVIDENCE, R.I. - Kohen Olischefski scored in regulation as the No. 18 Providence College men's hockey team skated to a 1-1 tie with Boston College on Saturday night in front of a capacity crowd at Schneider Arena. The Friars earned the extra point in the Hockey East standings after shootout goals from Parker Ford and Nick Poisson.

- Boston College got on the board first, 1-0, with a power-play goal from Jack St. Ivany at the 11:51 mark of the first period after Parker Ford was whistled for a hook at 10:21.

- Kohen Olischefski found the equalizer for the Friars, 1-1, with 4:34 remaining in the second period. Olischefski was assisted by Riley Duran and Guillaume Richard on his eighth goal of the year.

- Both teams were scoreless through the third period and overtime. Providence held a 4-0 advantage in shots during the 3-on-3 session.

- In the shootout, Parker Ford and Nick Poisson scored for the Friars in the second and fourth rounds, respectively, while Jaxson Stauber stopped three of four shots.

- Providence finishes the weekend with 5-of-6 points against the Eagles and sit in fourth place in Hockey East, seven points behind first-place UMass Lowell.

The Friars will be on the road next weekend as they travel to UMass on Friday, Jan. 28 for a 7:00 p.m. puck drop and Boston University on Sunday, Jan. 30 for a 3:00 p.m. matchup against the Terriers.