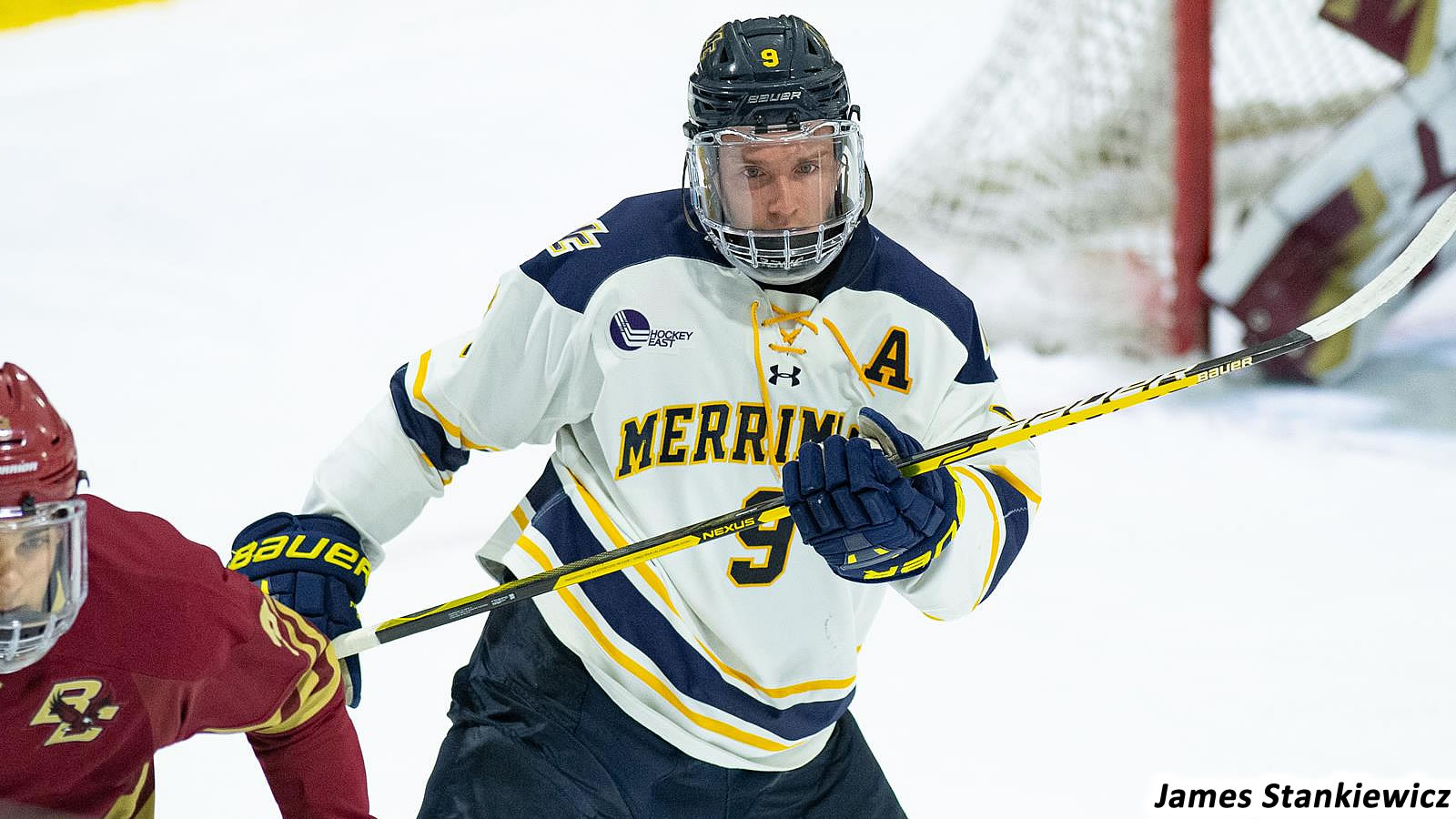 UMass Lowell got on the board first on a shorthanded goal, but a pair of power play chances late in the second frame proved to be the difference, as Merrimack scored on both. Max Newton tied the game at one with 3:20 to play, then Declan Carlile netted the eventual game-winner just over two minutes later at the beginning of a major penalty.

Merrimack got the insurance it needed four minutes into the third when Zach Uens finished off a pretty passing play for his first of the campaign.

The Warriors' goaltending continued to be a point of strength, as Hugo Ollas turned aside 23 of the 24 shots he saw to earn first star of the game honors and his team-leading sixth win of the season.

- The opening stanza belonged to the game's netminders, as Ollas and Hobey Baker nominee, Owen Savory, combined for 17 saves to keep the game ever after 20 minutes.

- Merrimack enjoyed a trio of power play chances in the second period, but it was actually the visitors that capitalized originally, as the River Hawks got on the board at the 8:29 mark to take the lead.

- With just over 30 seconds gone in the Warriors' second man advantage of the period, Logan Drevitch dug a puck out of the corner and sent it to Steven Jandric below the goal line. Jandric returned it back to the senior, then Drevitch sent a backhanded pass to the bottom of the faceoff dot for Newton, who gathered and fired one short side that just snuck in to deadlock the game at one.

- After a review, the River Hawks were called for a major penalty for cross checking just under two minutes later. The Warriors needed just 11 seconds to find the back of the net, as Liam Walsh won the ensuing faceoff, then Ben Brar corralled the puck and sent it to the point for Carlile. The junior sent a quick, low shot towards goal that just snuck into the far side of the net.

- The Warriors did not sit on their heels in the third period and it turned into a goal just four minutes in. In the attacking end, Walsh sent a puck to the high slot for Filip Forsmark, who bumped it to the point for Uens. The junior gathered and sent a feed far side for Walsh, then dashed for the net. Walsh found Uens again in-tight and he finished for his first of the season.

- UMass Lowell started to mount its chances in the latter stages of the third period, but Ollas was up to the test all 10 times he needed to be to clinch the team's third straight ranked win.

- Thanks to his assist, Jandric is now just one point away from 100 in his collegiate career.

- Merrimack has now won four games in a row and all four were against teams that were either ranked or receiving votes in the national polls.

- Jandric and Brar tied for the team-high in shots on goal with four apiece.

- Ollas is now on a personal four-game winning streak and has only given up five goals during that stretch. He has a .952 save percentage and 1.25 goals against average during those games.

- Thanks to results elsewhere in the league, Merrimack sits alone in fifth place with 21 points entering play Saturday.

The teams head to Lowell Saturday night for the rematch at Tsongas Center. Puck drop is set for 6:05.