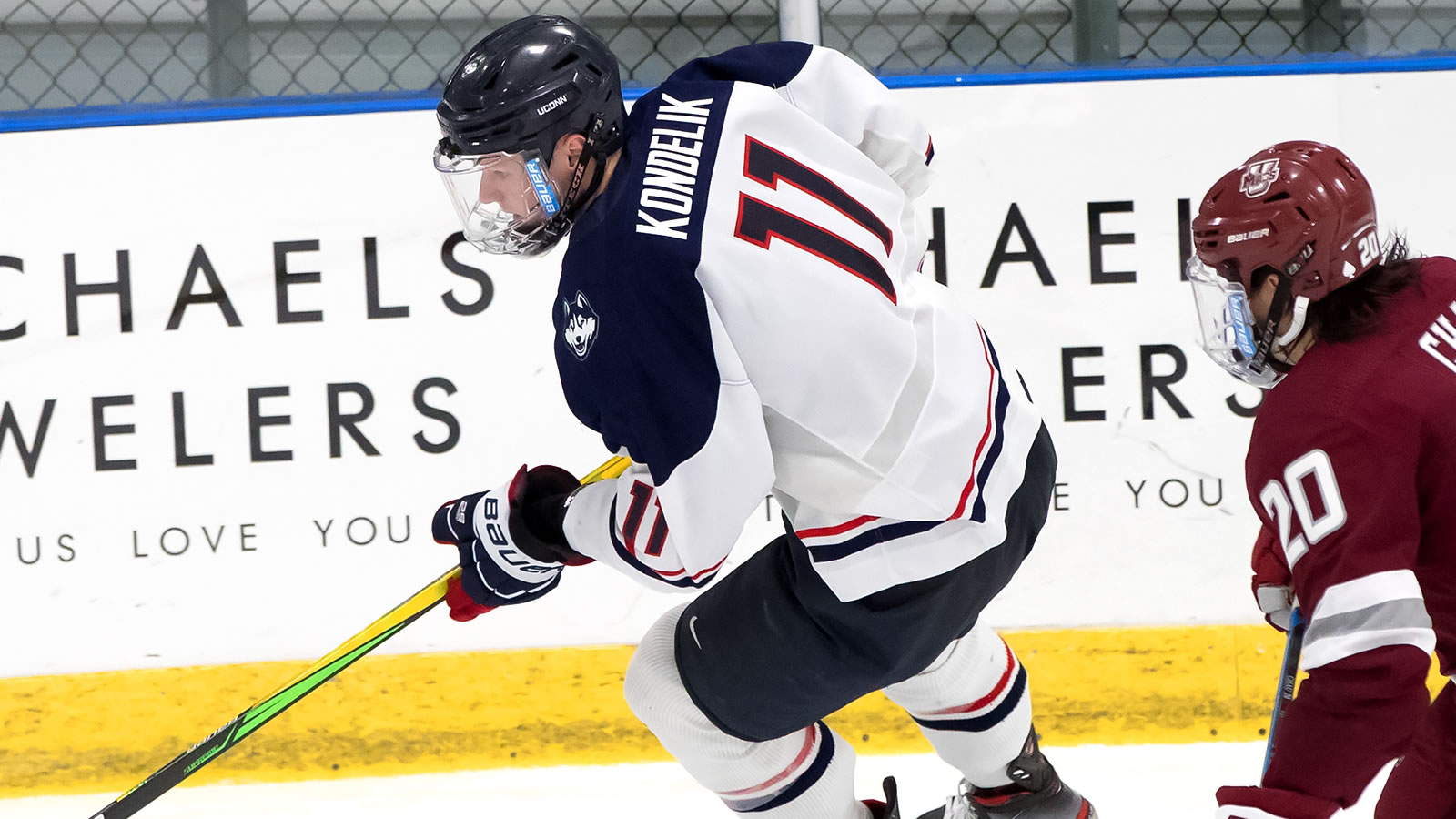 UConn falls to 9-8-0 overall with the loss while AIC picks up their sixth-straight win and move to 9-9-1 on the season.

AIC got goals from three different players with Chris Van Os-Shaw, Chris Theodore and Luis Lindner finding the back of the net. Goaltender Jake Kucharski made 24 saves to earn the win in net.

Kondelik scored his fifth on the season in the third period to pull the Huskies within 2-1 but a late goal by Lindner thwarted any UConn comeback. Kondelik found the back of the net for the third-straight game on Tuesday.

Freshman Logan Terness (Burnaby, British Columbia) made his collegiate debut getting the start in net, making 28 saves on the night.

The Yellow Jackets had a 31-25 shot edge and killed off four UConn power plays.

The Huskies held an 8-6 edge on shots in the first and came up empty on a power play chance before AIC struck for the game's first goal. UConn turned the puck over trying to clear the zone with Eric Otto picking off a pass, carrying up the right side and dropping a pass to Van Os-Shaw in the slot who buried it stick side for a 1-0 lead at 15:45.

The Yellow Jackets tacked on their second goal at 5:19 in the third as Theodore scored his fifth of the season to give his team a 2-0 lead. Jake Stella carried into the zone and drove to the net, sending a pass cross-ice to Theodore at the edge of the left circle who buried the one-timer chance.

UConn finally got one past Kucharski at 11:45 in the period as Kondelik found the back of the net for his fifth on the year. The senior captain won a puck battle in the corner and carried the puck into the right circle, whipping a shot past Kucharski glove side to make it 2-1 AIC.

AIC made it a two-goal game at 17:04 as Lindner scored his second on the season. The defenseman took the puck full ice, dishing to Otto in the zone who gave it right back for a quick wrister past Terness for a 3-1 lead.

UConn jumps right back into Hockey East play on Friday night playing host to Boston University at the XL Center in Hartford.