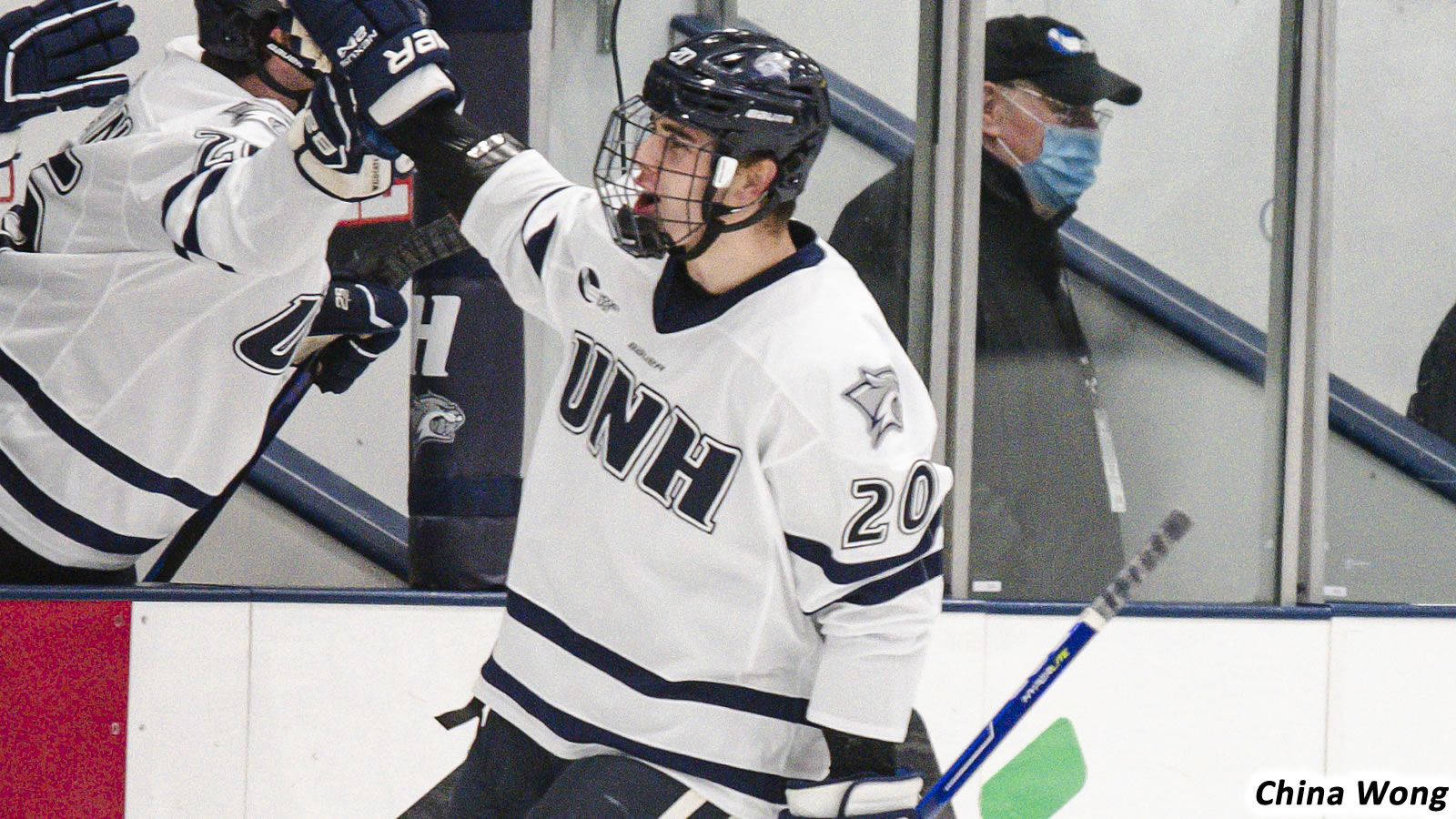 The Wildcats will return to action for a home-and-home series versus No. 18 Boston College on Friday and Saturday, Jan. 14-15 at 7 PM. The game on Friday is at the Whittemore Center presented by Eversource with a Hockey Gnome giveaway. For tickets go to UNHWildcats.com or call 603-862-4000.

- Devlin notched the first goal of the game at 13:12 of the second period. He skated the puck up the middle of the ice and into the zone, through two defenders, and fired a shot from the slot glove side on Ethan Haider. Senior forward Jackson Pierson (Zionsville, Ind.) and Huard received assists on the goal.

- Huard extended the UNH lead at 5:16 of the third period with a shot from the point through traffic that got past Haider blocker side. Junior forward Harrison Blaisdell (Regina, Saskatchewan) and senior forward Tyler Ward (Kamloops, British Columbia) posted assists.

- Sophomore forward Cam Gendron (Hampstead, N.H.) made it 3-0 UNH just 50 seconds later after the puck bounced off the glass and back in front of the net where he was able to smack it in from the top of the crease. Huard and junior forward Lucas Herrmann (Lancaster, N.Y.) tallied assists on the goal.

- Devlin scored his second goal of the game at 10:10 of the third period, making it 4-0 UNH. While on a 2-on-1, he wristed a shot from the right circle that went by Haider short side top shelf. Huard got an assist on the play.

- Clarkson got on the board at 14:46 of the third period after Jordan Robert tipped a shot from the point past Robinson. Anthony Callin and Michael Underwood were credited with assists.

- Pierson scored an empty net goal with 3:08 left in the third period for the 5-1 final. Devlin and senior forward Eric MacAdams (Salem, Mass.) posted assists on the goal.

- Senior goalie Mike Robinson (Bedford, N.H.) made 18 saves over the first 59:24 and improves to 7-6-0, while Haider posted 25 saves and stands at 9-7-4. UNH sophomore goalie Jake Moniz (Wakefield, Mass.) made two saves during the final minute of play in his collegiate debut.

- The Wildcats went 0-3 on the power play and the Golden Knights finished 0-1.

- Devlin's two goals and one assist mark career highs in goals and points.

- The Wildcats went 4-1-0 against ECAC teams and 6-3-0 overall in non-conference games this season.

- UNH has scored 12 goals in its last two contests.