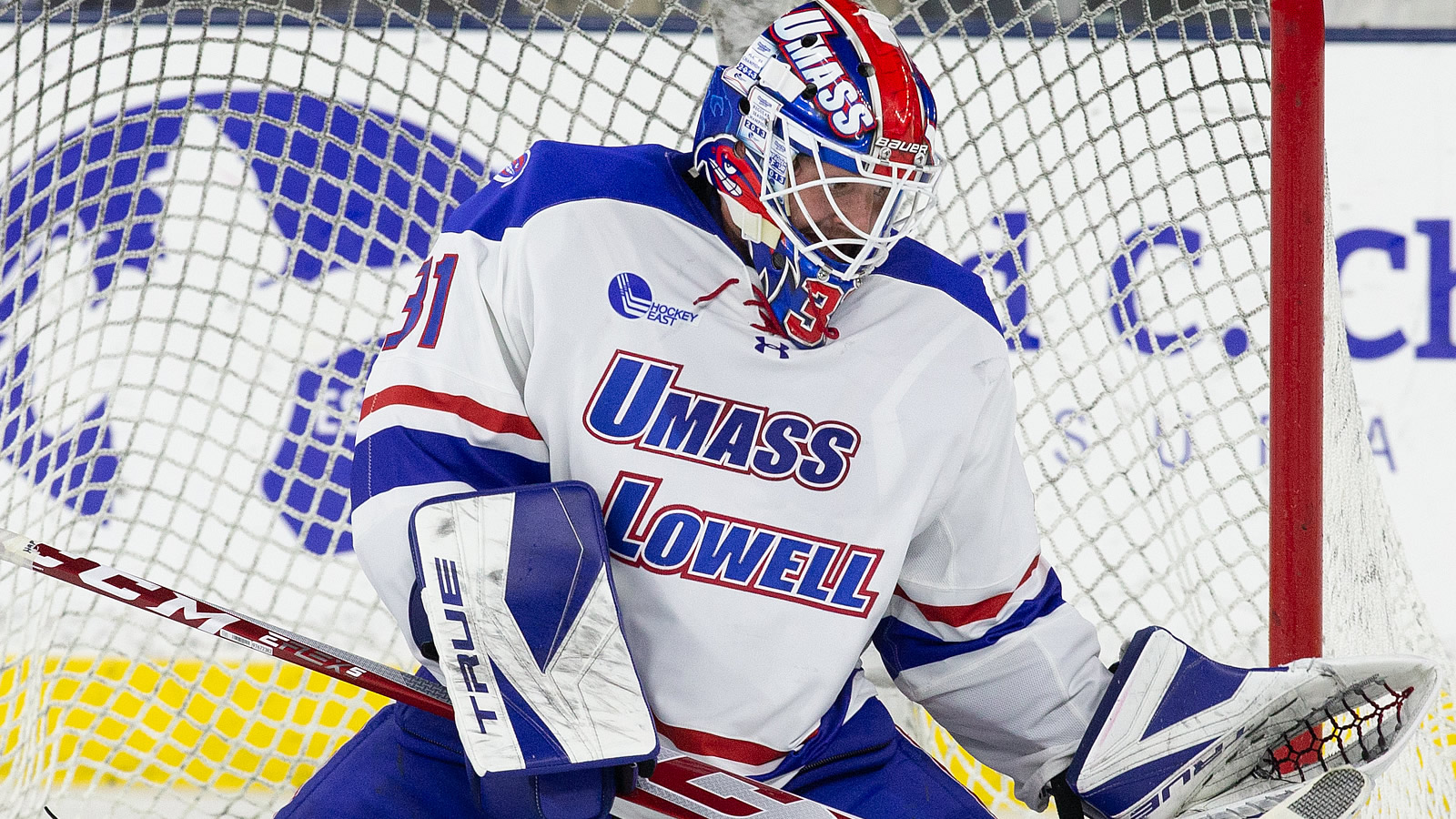 The River Hawks scored a goal in each period against Vermont, with juniors Andre Lee (Karlstad, Sweden) and Marek Korencik (Zilina, Slovakia) adding their own tallies in the second and third, respectively. Leading the squad in the scoring column, freshman Matt Crasa (South Setauket, N.Y.) finished the night with a team-high two points off a pair of assists.

"Tonight was a battle. I thought we came out strong but ran into penalty trouble," remarked Head Coach Norm Bazin. Killing the full 5-on-3 took a lot out of us energy wise, so I was proud of our resolve when we got through it. Tomorrow will be another battle."

Striking first, Sodergren pushed the River Hawks out to a 1-0 advantage just under six minutes into the action. After a long-range shot from graduate student Nick Austin (St. Louis Park, Minn.) pinged off the pipe, Sodergren was quick to the rebound, stuffing it past Vermont's Gabe Carriere from the doorstep for UMass Lowell's first of the night.

Sodergren's tenacity persisted into the second frame as he fired one just under the crossbar. The well-placed shot ricocheted back out onto the ice, however, denying the graduate student his second of the night.

The River Hawks bounced back quickly after the waved goal when a Catamounts penalty led to an extra-man opportunity. Spotting Lee in the high slot, Crasa sent the puck up to the Swede, who fired it into the top right corner for the 2-0 margin.

Hoping to squelch the UMass Lowell scoring streak, Vermont kicked off the third period with a 5-on-3 chance. Impressive work by the River Hawks' special team successfully denied the Catamounts' chances and allowed UMass Lowell to return to even strength.

After a Catamount goal was shut down due to a high stick in front of the net, Vermont pulled Carriere in favor of the extra attacker. Pressuring the River Hawks, the Catamounts pushed into the defensive zone with seconds left on the clock. A collision between Vermont's Jacques Bouquot and freshman defenseman Isac Jonsson (Angelholm, Sweden) in the UMass Lowell zone knocked the puck loose for Korencik, who launched it down the ice into the empty net to secure the 3-0 decision for the River Hawks.

UMass Lowell closes out the weekend in Catamount Country on Saturday night when they return to the ice at Gutterson Fieldhouse for a 7 p.m. puck drop.